Pleasure and caution were the elements that articulated the thought of the Hellenic philosopher Epicurus. The second key part of his hedonism is often overlooked, but it is as important as the first. Far from the fatalism of his Athenian colleagues, his vision managed to last. He called his school the Jardín. An open place that sought both to push away pain and to find knowledge. It is precisely its name that is the protagonist in one of the most charming corners of the entire Mediterranean, the sea that shaped its era. This is the Marimurtra garden in Blanes. A place that wanted to be a republic based on epicurean thoughts. 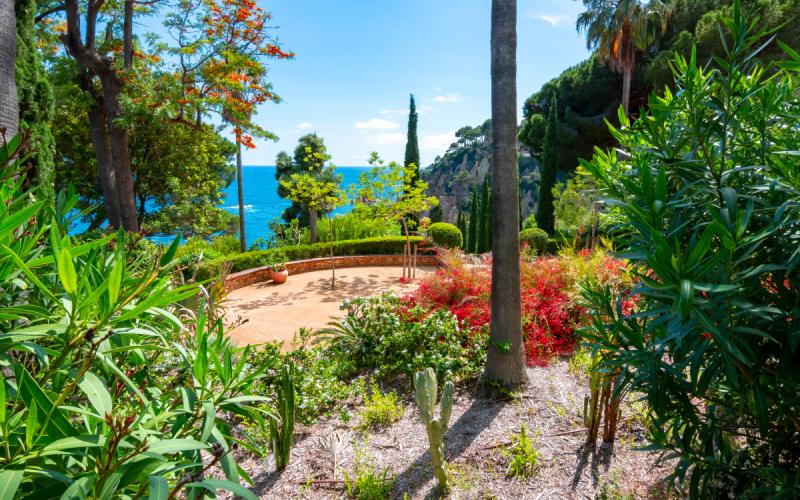 The legacy of a genuine patron

Karl Faust is the man behind the Marimurtra Botanical Garden. Heir to romantic thinking, he was a successful German businessman who linked his life to Catalonia from the age of 23. Moved to Barcelona, he ended up setting up his own company with Wilhelm Kammann at the beginning of the 20th century. He made a fortune in the industrial sector but after the fifth decade of his life he chose to leave everything behind and devote himself to his real interest: science and knowledge. Even before that, he stood out for his continuous travels and his taste for socializing. 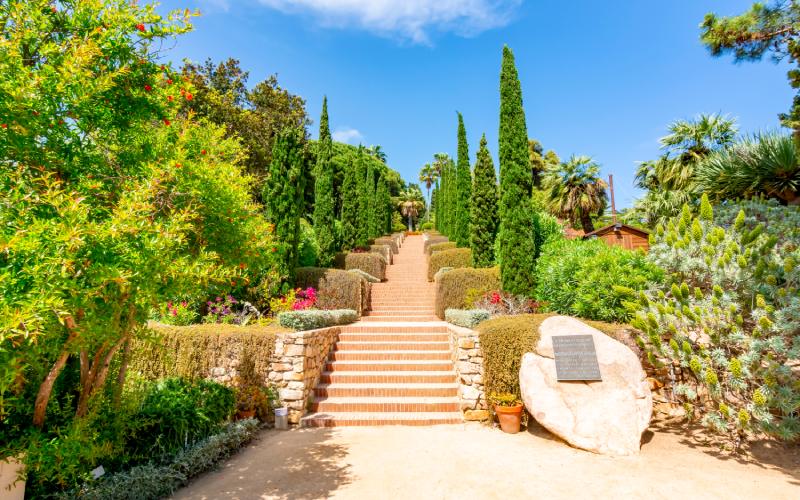 From 1924 he would dedicate himself body and soul to Marimurtra, already on the move and where he had a house. He wanted to create a dynamic study environment there, “an epicurean republic” in his words, in which researchers of different specialities and ages would collaborate. The field to which he was dedicated, of course, was biology. Study was an essential part of the rest of his life. Another key influence on German would be Goethe, which would lead him to want to transcend for the better. Interestingly, his surname corresponds to the writer’s best known work, Faust. A character whose redemption came from the hand of the romantic artist.

The struggle to keep the botanical garden alive was tenacious and sometimes painful. During the Civil War he managed to leave his project out of the conflict, which was not bombed or assaulted. At that time he managed to turn Marimurtra into an international space and keep it intact during the first days of Franco’s regime. A challenge that would soon be followed by economic problems derived from the Second World War. After all, his capital was associated with the country at the epicentre of the conflict. In spite of everything, shortly before he died he managed to consolidate the foundation to which he gave his name and which since then has been in charge of making his work last. 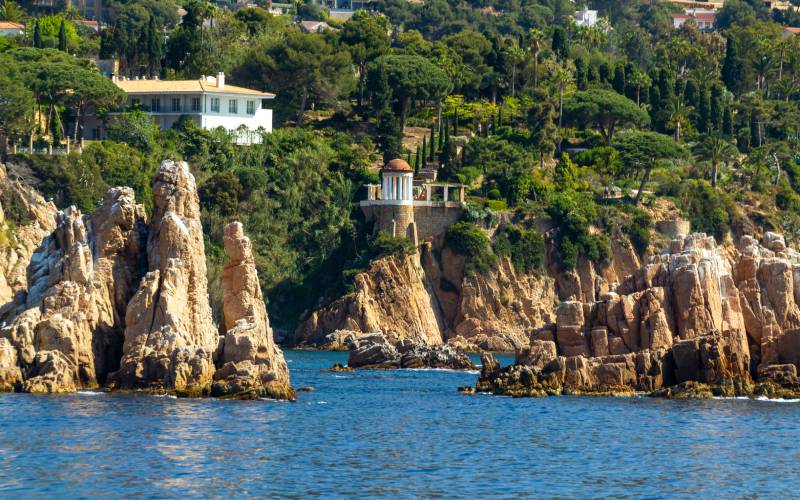 Marimurtra Garden and its temple of Linnaeus. | Shutterstock

The enclave created by Faust is divided into three sectors. Thus, one advances from a subtropical space to a Mediterranean one next to the homonymous sea. In total, more than 4,000 species are gathered, whose origins cover all the continents. In this way, the universal character that its creator intended is fulfilled. The first of the areas combines desert plants with others that require high humidity. The differences are solved by creating areas of shade when needed. There are examples from America to the Canary Islands, with a multitude of curious cactus or palm trees. Also, at the entrance there is an artificial rockery, a garden based on stone, with a mountain air. The extraction of the material to do so left a pond nearby. 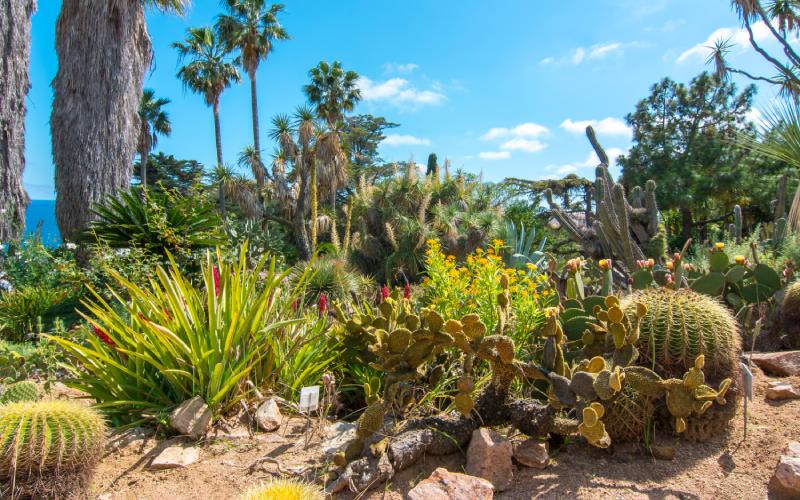 The species in the garden span five continents. | Shutterstock

Although Josep Goday was in charge of the residence and its impressive library, as well as of sketching the botanical space, it was a Swiss man who most influenced its shape. Zeno Schreiber led a total reorganization of the plot so that both Faust’s philosophical beliefs and the plant species he wanted to grow could flourish. Later, Wilhelm Narberhaus, in this case a German landscape gardener, took over. 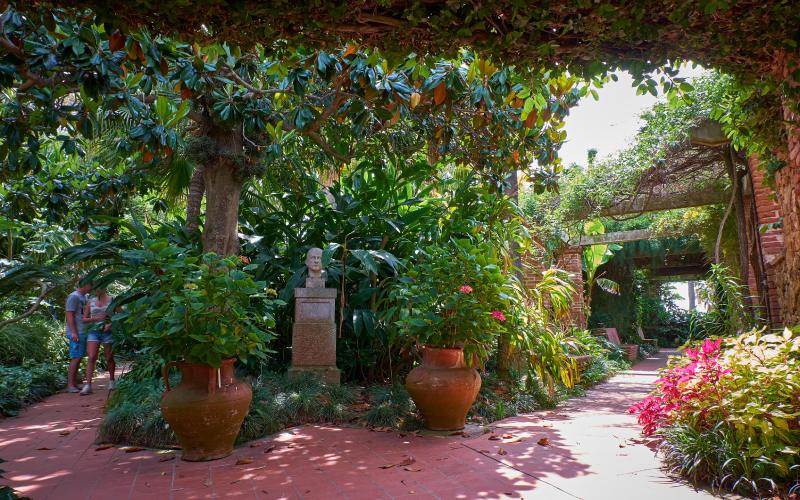 After the subtropical garden, you move on to a warmer one. From Asia, a very dense bamboo forest stands out. There is also no lack of American palms and more recognisable European trees. A highlight is the Mesozoic Araucaria, living fossils from the age of the dinosaurs. Squares and streets have names associated with botany, classical philosophy and authors beloved of Karl Faust. Throughout the tour, special attention must be paid not to disturb the specimens, for example by touching them. You must also respect the varied fauna that abounds among the plants. 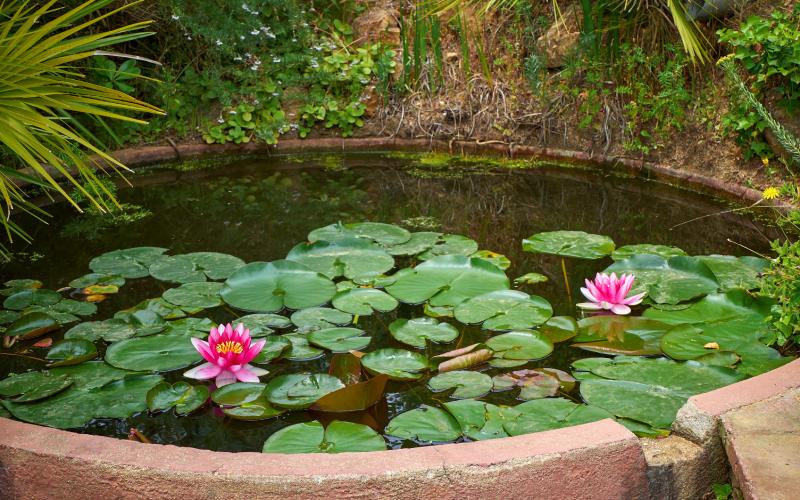 At the end, the main course remains, a purely Mediterranean garden. Stuck to the typical cliffs of the Costa Brava, it leaves a striking impression. It also allows you to review species from the entire basin, from Greece that inspires this space to Spain itself. The Epicurus staircase, with a multitude of sections, only shows its true face during the spring. Drossanthemum floribundum flanks the steps and only flowers during the sunniest weeks of the season. During these, pink dominates the scene. Going down the steps you reach the top of Marimurtra, the temple of Linnaeus. Dedicated to the Swedish biologist who created the taxonomic organization, it has clearly classical forms passed through the nostalgic filter of the time when it was raised. From there you get the best views of the place and in summer it hosts concerts. 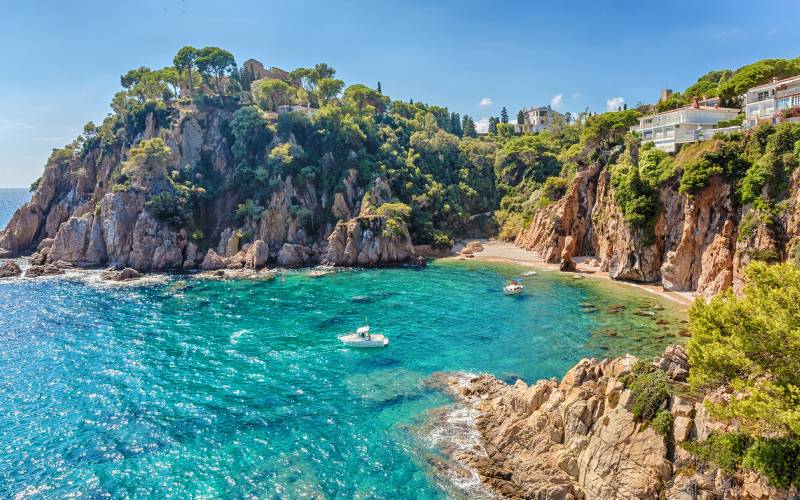 Views from the temple of Linnaeus. | Shutterstock

The best entrance to Costa Brava

Blanes is considered the first city of the Costa Brava. A Girona setting that encompasses landmarks as large as Cap de Creus or as light as the Cala d’Aigua Xelida near Palafrugell. Marimurtra and its Linnaeus temple allow us to contemplate one of the first and small beaches of this coast, Sa Forcanera. Hidden away, it is nestled in the rugged local landscape and can only be reached by boat. In the town itself there are more coves, temples and the castle of San Juan, which justify a visit to the town. 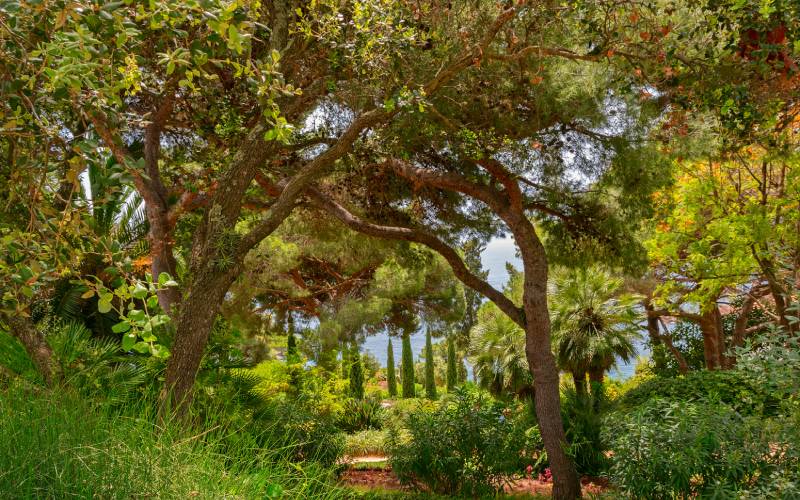 The vegetation of the Marimurtra botanical garden is very varied. | Shutterstock

A getaway from the municipality to the rest of the Costa Brava has almost infinite possibilities. The AP-7 makes it possible to communicate quickly between its various points. Thus, the closest alternatives are Lloret, Tossa de Mar or Sant Feliu de Guíxols. Further north you can reach other towns of great interest such as Palafrugell or L’Escala. This one stands out especially in the historical field, since in its nucleus of San Martin de Ampurias there are the ruins of Emporion/Emporiae. The Greek colony was the place where the Scipios landed in Iberia during the Second Punic War. This fact marked the beginning of Roman conquest of Hispania. A place that links specially with the classic vision that Marimurtra gives.

beaches, Catalonia, Costa Brava, Girona, parks and gardens, viewpoints
It may interest you...