When atmospheric phenomena were not yet named in alphabetical order, a cataclysm triggered by Poseidon managed to make an island disappear. It was as big as a continent, but the disaster did not take long. It took only a day and a night to submerge it under the water of the Atlantic and decorate it for centuries with seaweed. The enclave described follows the order and rightly begins with the first letter, “A”.  Atlantis is one of the greatest mysteries of Cádiz and Spain. What enigmas did it take to the seabed?

Although Hermocrates and Timaeus had been dead for years, Plato had a conversation with these philosophers. Through a medium? It is not known. Socrates knew little, he himself stated that “I only know that I know nothing”, but he also attended the meeting. The reason was to talk about an island with 9 centuries of history but which was submerged under water, Atlantis. According to Plato, it was “beyond the Pillars of Hercules“, that is, beyond the Strait of Gibraltar in Cádiz. 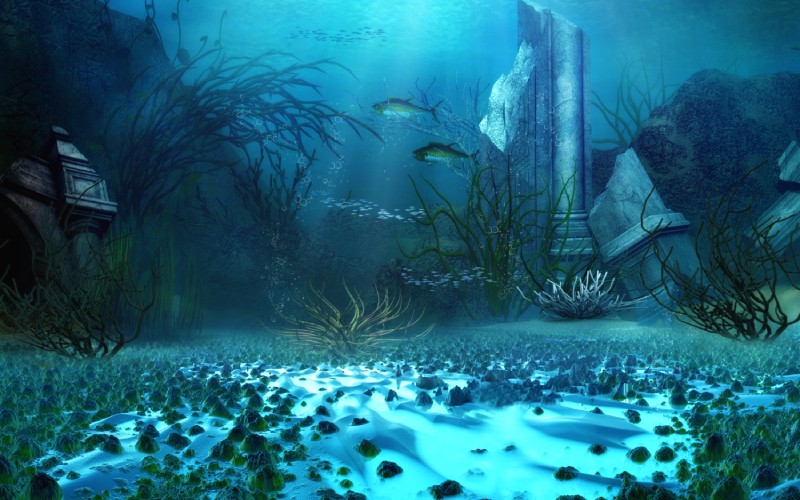 This dialogue between scholars could generate a lot of curiosity, but Plato, who was into everything, narrated it in his publications: Timaeus and Critias. The stories raised questions: was it a memory or the result of a highly imaginative mind? As reality often surpasses fiction, adventurers and researchers spent much of their lives trying to solve the mystery. It is even believed that what Christopher Columbus sought on his route across the Atlantic was this lost continent.

There is no epic story without the division of the land into kingdoms. The explanation is simple, one for each son of the God of the seas and oceans, Poseidon, among whom King Atlas stands out. Among them, King Atlas stands out. Was there some kind of favouritism towards him? Well, it can be defined in many ways, but he was not only the first monarch. Everything points to the continent being named after him by mixing the name of Atlas with that of the Atlantic Ocean.

The rest of the brothers may have been jealous, but there was one who also did not come off poorly in the distribution of the cake. Hence the Cádiz connection. Not only the strongest theories place the province of Cádiz as the island’s tomb. Histories even link the two territories by name. Cádiz is said to be named after Atlas’ twin, Gadiro. From this it goes to Gadir and from there to what everyone knows in Andalusia.

But going back to the Atlantean drama, a game of egos was formed in the territory in which all the kings took part. The struggles to prove superiority and the thirst for possession led to countless battles. Poseidon, tired of this attitude, decided to put an end to the story. As if turning off the light, it took little effort to summon the rest of the gods and let a cataclysm end it all. The lands opened up and a flood fell from the sky. The end? Atlantis sank beneath the sea.

“This legend is over and done with”. Or not. Since then, it has left a great mystery, because even this fact was narrated in Plato’s texts. The bad or good tongues say that the philosopher did not want to leave his readers half-finished. A third book, Hermocrates, was to close the saga. But this never happened, and it further aroused the curiosity and intrigue to learn about the continent and its inhabitants.

What is known about its inhabitants, according to legend, is that they lived on an island rich in orichalcum or “mountain copper”, with an infinite number of animals. Among them were bulls and elephants. But the really important thing that was said about them was that they were far ahead of their time and full of wisdom. So much so that they travelled around the world sharing their knowledge and architectural styles. Ignatius Donelly, author of Atlantis: The Antediluvian World, even dared to relate the architecture of Egypt to South America in this way. He did so through another of humanity’s great mysteries: the pyramids. 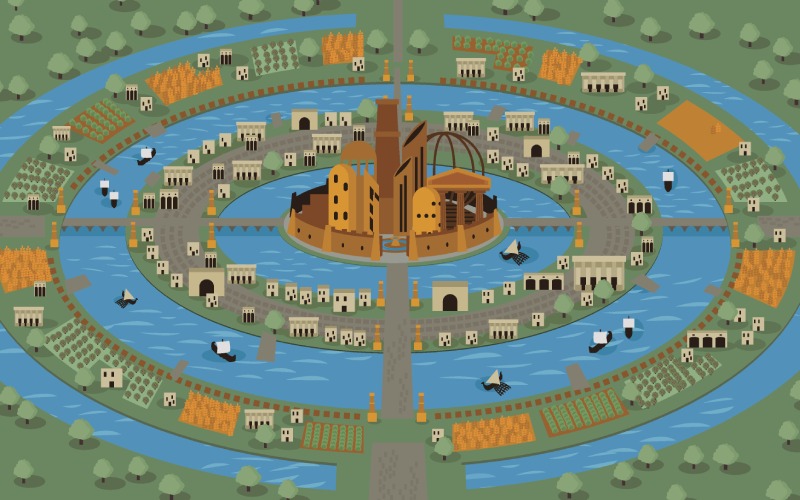 And to make the story even more plausible or implausible, depending on how you want to look at it, the Nazis also searched for Atlantis. As described, the Atlanteans were highly educated and superior to any civilisation ever known. This idea penetrated popular culture to such an extent that Adolf Hitler became obsessed with this civilisation, which he compared to the Aryan race. So much so that he sent expeditions around the world looking for the settlement. He never found Atlantis.

From myth to truth

As Plato’s colleague Aristotle said: “one never attains the whole truth, nor is one ever entirely far from it”. The story of Atlantis went unnoticed for a long time. Everyone dismissed the stories as legend or Plato’s allegory, until the Renaissance era.

Donnelly took up Plato’s baton and in his aforementioned publication, he expressed one of the most basic theories that had been put forward up to that time. One of his hypotheses was that the ancient continent was not actually submerged. He located Atlantis as the present-day Azores Islands. Another line of research was opened, because it could not be confirmed either, and the focus is still on Spain.

The legends are more extensive than the horizon can make out in the sea. In the previous chapter the protagonist was Tartessos, another civilisation of mysterious origin. There are as many myths concerning these kingdoms as there are fish in the Atlantic, the tomb of Atlantis. One of them tells that neither Tartessos nor Atlantis, that both cities are one and the same. It places them, well it places it, in the Doñana National Park, a place that adds great value to the heritage of Andalusia and Spain. 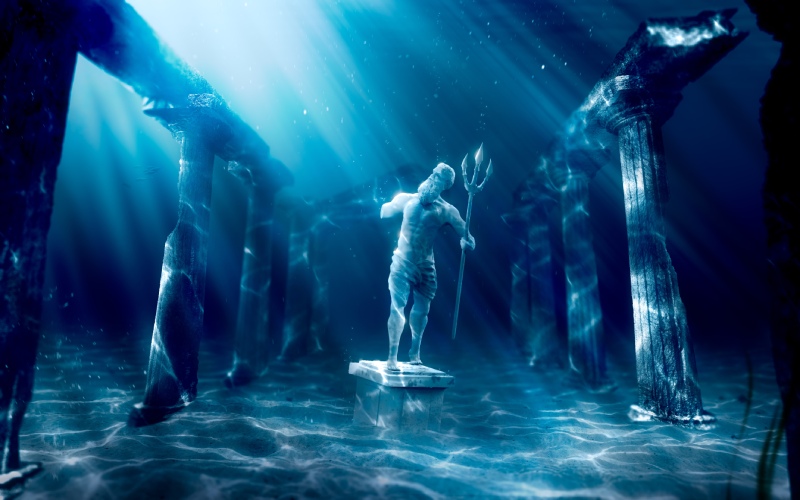 A game of egos that ends in a cataclysm that makes an island as big as a continent disappear. Imagination or not, there is no way to beat the Greeks. Was Plato’s dialogue with his fellow philosophers the greatest dream ever told? Researchers such as Donnelly in Atlantis: The Antediluvian World say no. What is real is that an enigma shrouds the Andalusian waters of “beyond the Pillars of Hercules“. Well, another mystery. Does the great Greek hero also shroud himself in enigma? Perhaps Seville has the answers.

Andalusia, Cádiz, islands
It may interest you...