We asked, “If you had to decide on your favorite Spanish dishes, which would you choose?” Among the finalists were recipes such as Andalusian gazpacho, Aragonese chilindron, Asturian fabada, Mallorcan ensaimada, Catalan cream, Pisto Manchego, roasted suckling pig from Segovia, Basque marmitako, Extreas migas, Madrid Stew, artichokes with clams from Navarre, and from potatoes to la Rioja and nougat to Jijona. But none of them made it to the final round (although you are thinking that more than one these deserved it). Today we present the seven gastronomic wonders that will be promoted to represent the cuisine of our country as candidates for the Intangible Heritage of Humanity by Unesco.

The Canarian potatoes are the only ones in Europe to have a protected designation of origin, only along with the potatoes from Poland. This means, these are like no other with more than 29 varieties, all of them so delicious that even the skin is eaten. Unlike other potatoes, these can be distinguished by their different colors and dimples. As for the mojo, each house and island prepares the seasoning in a different way.

Do you know the difference between Serrano ham and Iberian ham? The second comes from Iberian pigs which, according to race and food, gives it the famous flavor and color. Since 2014, we can now differentiate the origin of each denomination by its label. There are four categories: Iberian bait ham (white label), Iberian field bait ham (green), Iberian acorn ham (red) and acorn ham 100% Iberian (black). Which one is your favorite?

Its origin is uncertain, but some studies confirm that it was born in Badajoz during the eighteenth century. Others say that it was General Zumalacárregui who created it during the Carlist Wars. Be that as it may, it is one of the most characteristic dishes of Spain. There are multiple preparation methods: More or less done, with or without onion, with fried or raw potatoes, including more ingredients or remaining classic, and adding more or less egg. One of the best places for tortilla lovers is Betanzos where fame precedes them thanks to a tortilla made with natural and quality ingredients.

It is another classic of Spain recognized internationally. However, there are still many discussions about what to add and what really is a Valencian paella. The ingredients according to the Wikipaella page must include: Olive oil, rabbit, chicken, garrofó, Jewish horseradish, saffron, rice, salt and water…. We leave you our recipe here. If you have given it a try, how did you prepare it?

Although the first recipes of this traditional dessert from the Pasiegos Valleys date back to the 19th century, it is believed that its origin goes back several centuries. This delicious dessert is characteristic of the Autonomous Community of Cantabria but especially of some localities like Selaya, Vega de Pas, Villacarriedo and Alceda-Ontaneda. In these places, the traditional preparation method is elaborate with hours of kneading by hand and where the ingredients are cow’s milk curd mixed with butter, wheat flour, sugar, eggs and a touch of cinnamon and lemon zest.

If you are talking about the gastronomy of Galicia then you are talking about seafood, especially the octopus. The difficulty lies in getting to the exact point during the cooking process where the octopus is perfectly textured: neither too hard nor too soft. Although it is best to serve it alone and enjoy all the sea flavor, it is also delicious to accompany it with paprika and potatoes making it a real treat. For idea results, freeze the octopus for 24 hours as this way the muscle fibers will break and won’t need to be dumped later.

This is probably the least known dish on this list, but that doesn’t make it any less tasty. It is the dessert par excellence of Murcia which is not surprising knowing that they are the largest producer of lemon and the dishs’ main ingredient comes from the lemon tree: its leaf. Eggs, milk, lemon zest, yeast, a little anise and flour sugar are the rest of ingredients with which a dough will be made and where the lemon leaf will be bathed in it to be finally fried … A real treat.

Spanish seafood salad is a very fresh recipe of the… 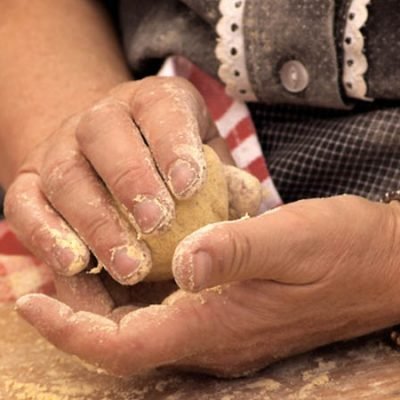 "Good food and drinks is a good pastime", a saying...
>> More information 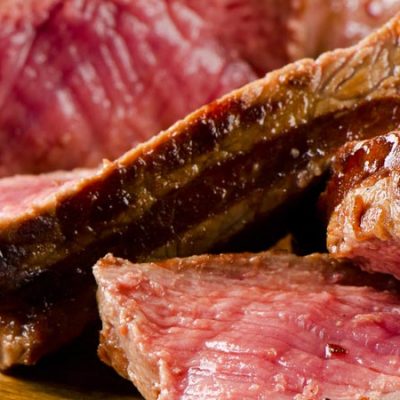 Enjoying a steak in the Basque Country (Euskadi) is more...
>> More information

Basque cuisine is one of the most complete ones and...
>> More information

The 5 Capital Sins of Valencian Paella
[vc_row][vc_column][vc_column_text]Valencian paella is one of the most well-known recipes of Spanish cuisine. Its delicious flavors Más información

The Most Copious Menu of the Day in Spain
[vc_row][vc_column][vc_column_text]Imagine a menu of the day with as many dishes as you can dream of. Más información

7 Spanish Restaurants, Among the Best in the World
[vc_row][vc_column][vc_column_text]Our gastronomy has a reputation for being excellent, and Spanish restaurants are also among the Más información

How to Choose a Good Wine
[vc_row][vc_column][vc_column_text]Knowing how to select a good wine is no easy task. There are many factors Más información

Beermad: When The Most Artisanal Beers Come to Madrid
[vc_row][vc_column][vc_column_text]This June, the Beermad 2018, a brewing festival, comes to Madrid, where it will be Más información