On the Galician island of La Toja, in Pontevedra, there is a unique building created with small maritime treasures that enhance a genuine work of nature. Some know it as the chapel of San Caralampio, others as the chapel of San Sebastián and all as the capilla de las conchas (chapel of the shells). Not in vain, scallops cover all its facade. The importance of this small temple not only lies in the captivating architecture it presents, but also in the symbolism of its covering in such a special place as La Toja. The “healing” properties of this mollusc are closely related to the health-giving properties of the island and to Saint Charalambos, the patron saint of skin diseases.

Many scallops that decorate the chapel 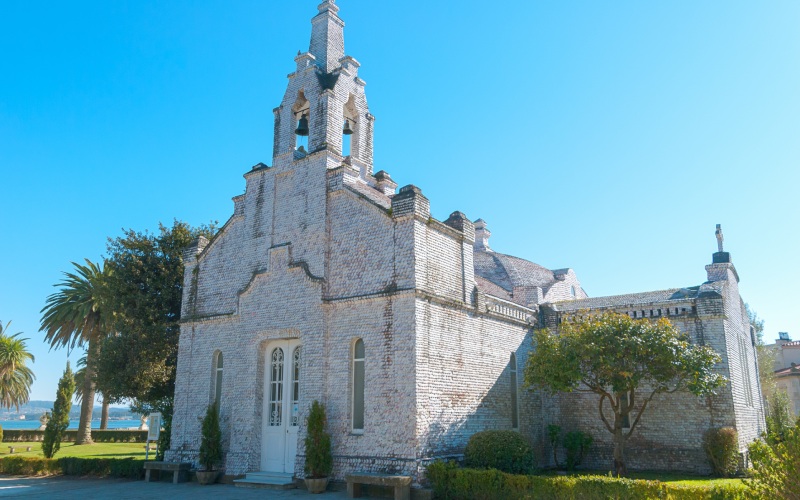 At first glance and from a distance it may look like a chapel, but looking at it from below you can see the thousands of scallop shells that make it a unique temple. Not only does it represent a skilled artisan’s effort, but it also symbolizes the natural richness of the environment in which it is located. Even with its modest size, its walls project a bright pinkish white. Such colourfulness stands out between the short blue borders of the island and the garden environment.

Its floor plan retains the original design of the 12th century, but the covering with shells was the result of the remodelling carried out in the 19th century. From then on, the complex was given a certain seafaring air. However, this originality is not exclusive to the chapel of La Toja. In fact, in Galicia this form of covering was used for years in some of the houses closest to the sea, as scallops were a phenomenal insulator of marine humidity.

The scallop shell, a Jacobean and Galician symbol

In addition to its protective function, the scallop shell has a greater importance in the general picture of Galicia. This very common bivalve mollusc in the area is the symbol par excellence of the Way to Santiago, the most universal and representative of all. Today it is part of the usual itinerary of the pilgrim since he or she starts their journey, just like the staff and the pumpkin. The scallop is even used as an icon to indicate where the path leads to the Obradoiro. 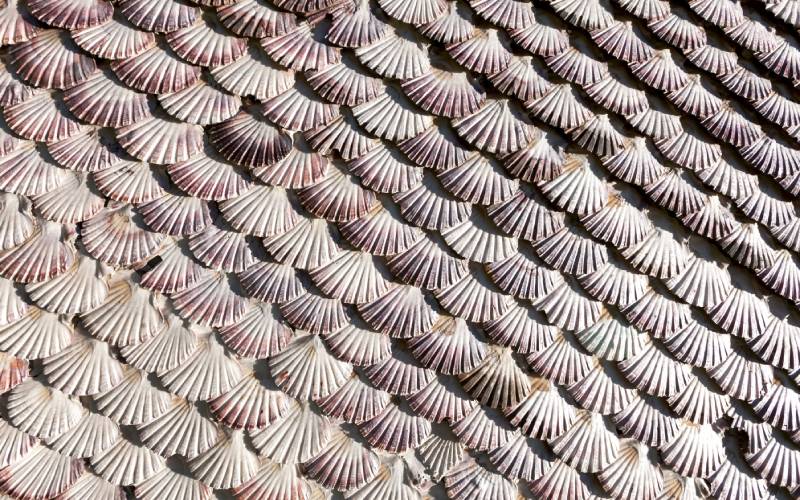 The scallop is related to some legends that attribute healing properties to it, such as the one related to James the Apostle. This tells that the saint asked for a shell similar to the one brought by pilgrims after passing through Compostela to cure his throat. Since then, the medieval pilgrims decided to sew a scallop shell to their cloaks and hats, thus remembering the famous apostle. This was also used as an instrument to drink or order something to eat during the journey.

It is believed that the shell of this seafood was also intimately related to charity, a virtue highly valued in Christianity. But not only the pilgrims made use of it, the knights of the Order of Santiago also used the shell as an emblem, together with their sword. Actually, it is a very abundant material. In castros like that of Baroña, accumulations of shells and remains of marine beings called concheiros have been found. This shows that the relationship with the molluscs is ancestral. 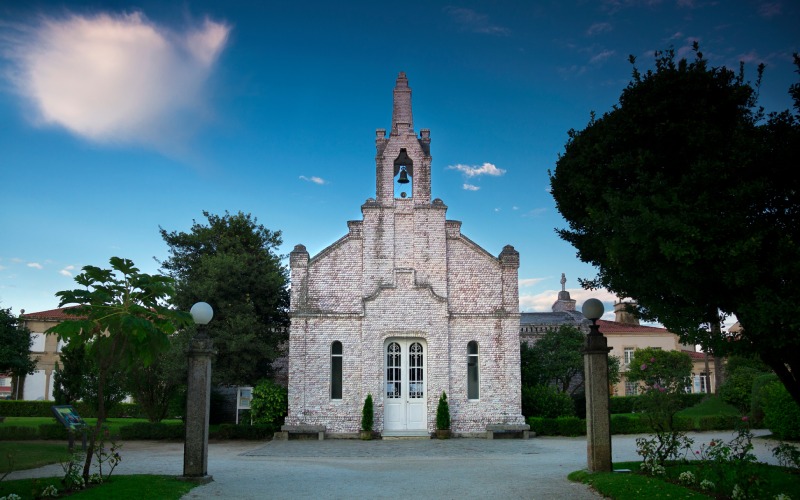 Although most people know it as the chapel of the shells, its real and current name is that of San Sebastián since the remodelling and extension of the temple in the 19th century. At that time, it began to be devoted to the patron saint of sailors, the Virgen del Carmen. However, the Ermita de La Toja has been specially entrusted to Saint Charalambus since its origin in the 12th century. He is the patron saint of skin diseases and has a close relationship with the health properties of the island. This is why this martyr is worshipped in such a special place as the thermal waters of the spas on the island of A Toxa.

The medical waters of La Toja

A bridge built in the 19th century connects the Galician region of O Grove with the island of La Toja, from whose land fresh water and unique properties emanate. Known for its health-giving properties, this small one-kilometre island attracts hundreds of visitors eager to try the “medical power” of its waters. 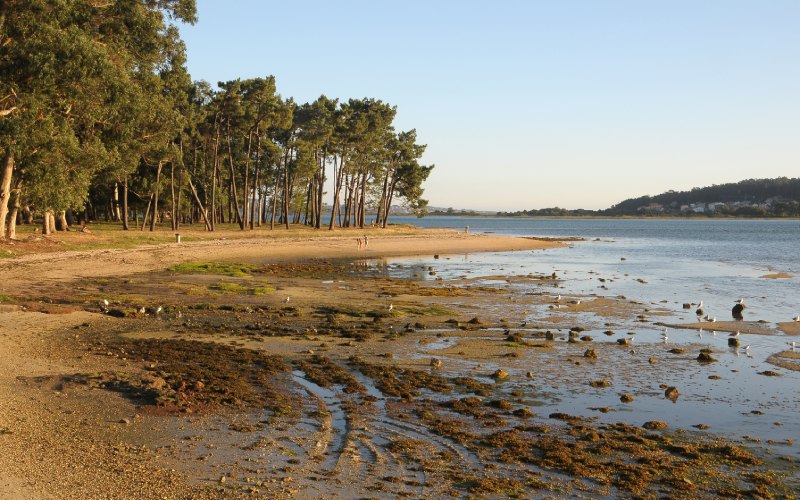 There is a legend about the discovery of the thermal waters of La Toja, which was written in one of the works of the Galician writer Emilia Pardo Bazán. The popular stories said that it was all the result of chance and of a farmer from O Grove who decided to abandon his skin-sick donkey on that island, instead of killing it and knowing that it would soon be taken away by death. After some time and with the intention of burying the animal’s remains, the man returned to the place and found it alive playing in some mud. To his surprise, the animal was glowing and his skin sores were healed. Its effective treatment had been to roll around in the mud in the area.

This is how the healing properties of the thermal waters and the muds from the island of La Toja were discovered. At least that is what the legend says. True or not, the reality was that neighbours and visitors began to visit it from the end of the 19th century to treat their illnesses. This led to the opening of its first spa in 1899. The word soon spread about its medical waters rich in sodium, calcium and magnesium, until it acquired the fame that other European baths already had, such as Vichy.