As Ermidas is one of the most unknown villages in Galicia, specifically in the province of Orense. One of the most beautiful Galician sceneries: a village located on the side of a mountain, where anchorites lived in the ancient High Middle Ages. Without a doubt, As Ermidas is a very curious village. A landscape also framed by the proximity of the river Bibey. Located in the council of O bolo, in the region of Valdeorras, in this small town of 50 inhabitants, the spectacular shrine of Nuestra Señora de las Ermitas stands out. 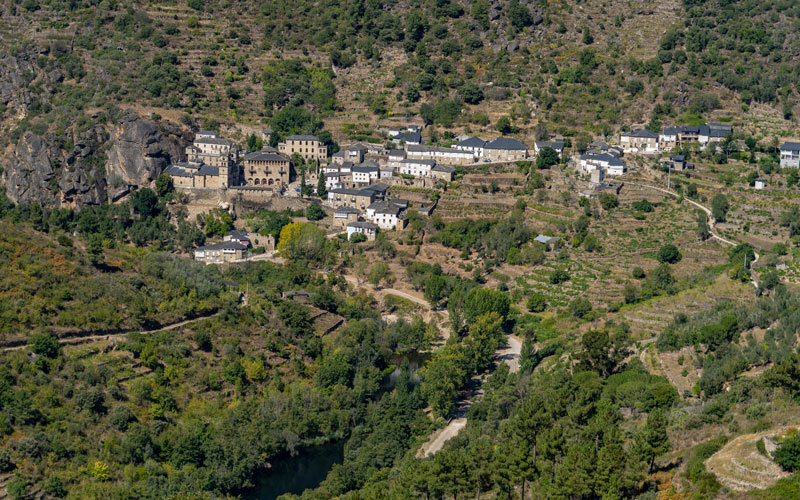 Dating back to the 17th century, this shrine or monastery of As Ermidas rises up impressively at one end of the village; as if it were part of the same hill. Its façade is known to be one of the best examples of Galician Baroque. The whole complex is catalogued as a Cultural Interest Asset, lasting over time with hardly any modifications.

The origin of the shrine of Nuestra Señora de las Ermitas is related to a very peculiar legend. In order to know it, we have to go back to the 12th century; when the legend talks about a mountain near the concello of O Bolo, where the animals used to graze. Over time, the shepherds saw how the cattle passed in front of a cave and how some animals that were sick were healed. The day came when one of the shepherds dared to enter the cave and what was his surprise when he discovered an image of the Virgin with the baby Jesus in her arms. As a result of the discovery, the shepherds understood that the cattle were healed by the intervention of the Virgin. Therefore, they concluded to build a small hermitage in which to keep the image. This is how it was baptised as Virgen de Las Ermitas. 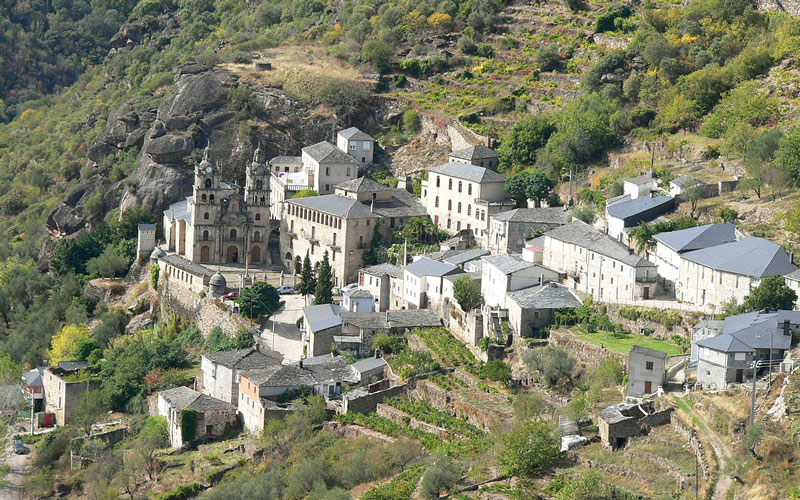 However, it was not until 500 years later that the temple became the great shrine it is today. For this part of its story there is also a legend that Alonso Mejía de Tovar, Bishop of Astorga, was in the area when he became sick. It is said that while he was ill he dreamt of the image of the Virgin and Child hiding in the hermitage, miraculously recovering his health. This was the reason why it is said that he decided to build the shrine, starting in 1624 and finishing the work in 1726, when Juan Martínez Pita finished the building of the façade.

One of the best works of the Galician Baroque 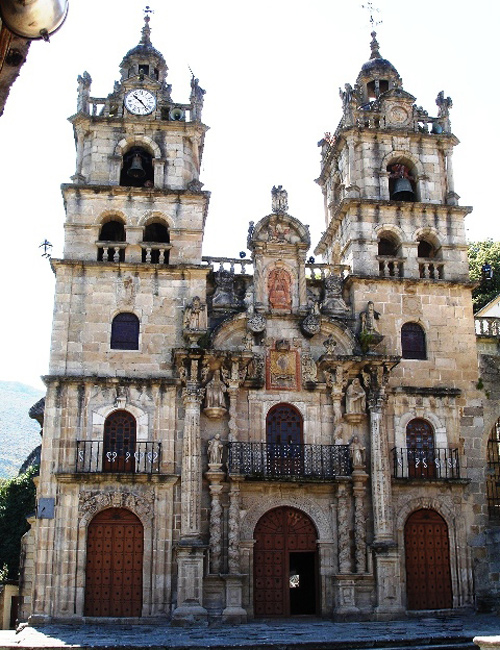 The façade of the Shrine of Nuestra Señora de las Ermitas is considered to be one of the best works of Baroque in Galicia. It dates from between 1713 and 1726 and is the work of the master of architecture Juan Martínez de Pita. The front of the temple is richly decorated. There you can see different images; standing out also its Solomonic columns decorated with vines as well as other vegetable motifs.

The façade of the shrine is flanked by two towers that are divided into five sections; each of which is different. As for the interior, there are interesting altarpieces; such as that of the main altar, which is very rich, exhibiting sculptures representing the passion of Christ. As explained above, the building was built in 1624 at the request of the Bishop of Astorga; near the place where tradition tells that the figure of the Virgin was found. Although originally the temple had only one nave, over time the main chapel and the two towers were added; as well as two other naves on the north and south sides. The enclosure of the shrine of As Ermidas has a decorative pebble floor and a Baroque transept in the centre. 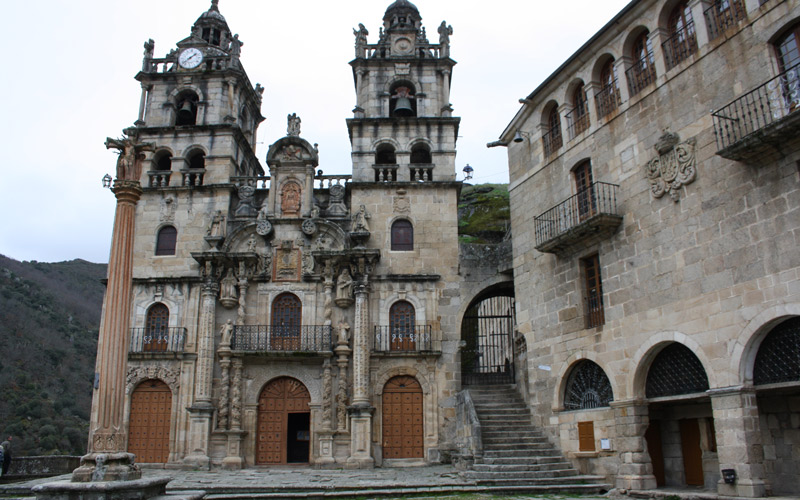 In the building, the coats of arms of the bishops of Astorga and the figures of the Virtues found here should be highlighted. In the atrium there is a beautiful cruceiro by the Portuguese Manoel Miranda. However, if the shrine of Nuestra Señora de las Ermitas is also known for its splendid Via Crucis formed by 14 chapels and 62 carved figures; dating from the 18th century.

Next to the temple is the Administration House, formerly used as a pilgrim’s albergue. In the same way, the shrine’s location in the middle of the mountain is a good reason to visit the Virgin of As Ermidas. All this makes the views over the valley superb; as if the shrine and the houses were part of the same nature.

One of the moments in which this pilgrimage place acquires more relevance is during the Holy Week, with the Via Crucis and the procession on Good Friday, or the 8th of September, the major day. However, throughout the year many people go to the Virgin; to ask for help or to give thanks for a healing.