With almost 20,000 inhabitants, Tolosa is one of the most flourishing cities in the Basque Country, and so is its market. It has been growing since Alfonso X, the Wise, granted it the title of town in the middle of the 13th century. Six centuries later, between 1844 and 1854, it became the capital of the province. Located in the heart of Gipuzkoa, in the valley of the Oria River, this city has historically been a transit and meeting point, which is why trade has developed so strongly in its streets.

This is reflected in the market of which we write here, one of the most traditional and important in the community. A place where producers, buyers and neighbours gather to celebrate the variety and quality of the products of the area. Centuries of history back it up. Even today, every Saturday is crowded with locals and tourists. 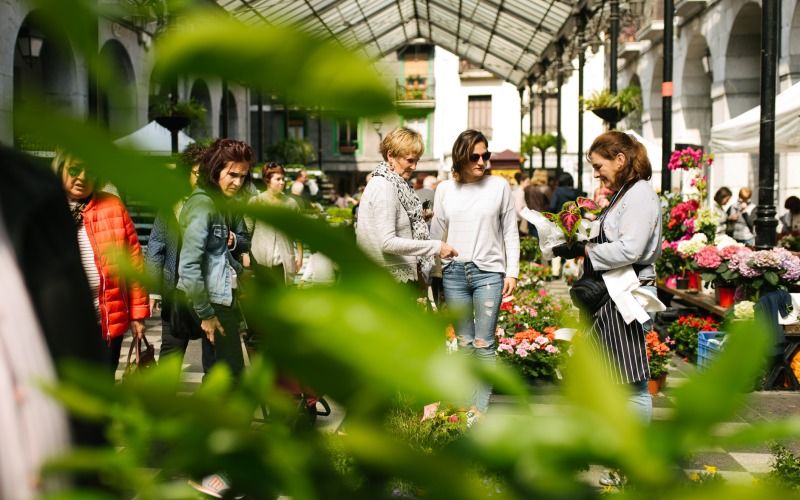 The current market began to be built at the end of the 19th century, but before that, Tolosa was already bustling with trade. For 760 years, although the place of celebration has changed, this gathering of producers and buyers has been taking place. Easy to say, but it is a lot. It has been kept because markets have always been the best showcase to share local productions, healthier and more environmentally responsible. The Tolosa market is historic, committed and authentic.

Today, it is set in three open-air stages that turn the streets of the town into an authentic gastronomic and cultural fair. The products that can be enjoyed are fruit of the earth, worked in the farmhouses and picked at the right time. At a time when immediacy and fast food are catching up, it is so important to buy directly from the producer and be able to trust the quality and sustainability of the products purchased. 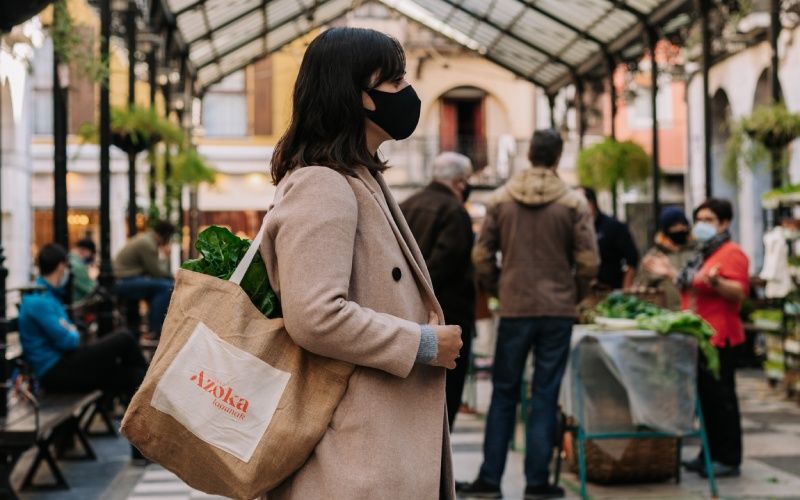 The Tolosa market operates on three stages, each dedicated to a specific area. Perhaps the most attractive is the one known as Tinglado, which was built between 1898 and 1900, from a former construction. It is a longitudinal building open on three sides, parallel to the river, which forms a beautiful picture full of life and colour.

More than 60 stalls offer a wide variety of fresh seasonal products, among which stand out those that have been linked to Tolosa for its quality and tradition. During the autumn and winter months, it is a must to taste the famous Tolosa beans, whose name comes from the importance that the city had in its commercialization. Also, during these months, pumpkins, cauliflowers and mushrooms have their place. In springtime, strawberries and cherries, among other fresh fruits, are the stars. During the summer, another classic: Ibarra chili peppers. Also the peppers of Gernika, tomatoes or eggplants. Tolosa is pure gastronomy.

In the Plaza Verdura, aromas and colours are protagonists, as it is the space dedicated to flowers and plants. Flowers to decorate the houses of the neighbours, aromatic herbs to enhance the flavour of meals and vegetables of all kinds to plant in the gardens.

In the Plaza Euskal Herria it makes sense that Tolosa has always been a meeting point, because in this place the foreign products that arrive from different points of the geography are sold. In this place clothes, footwear or accessories can be found, as well as traditional Basque costumes or tools. Artisans and local producers continue to be the key role, the one that justifies the existence of a market with centuries of history that attracts both neighbours and tourists.

A celebration of something characteristic 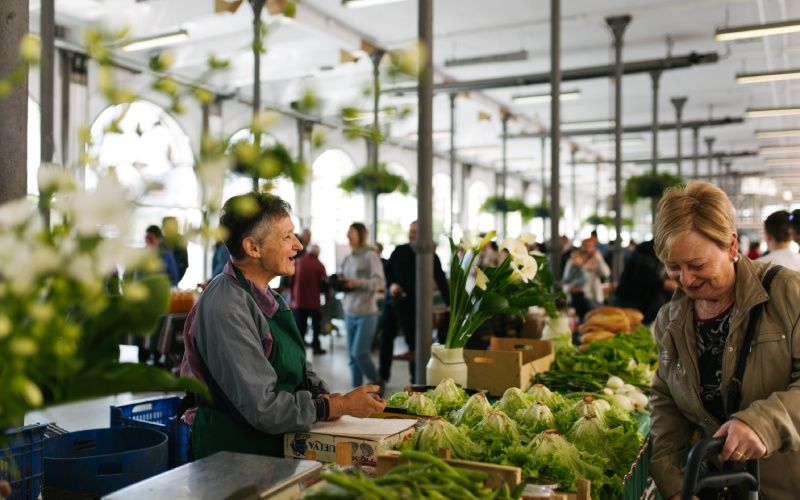 The Tolosa market is more than just a market: it is the cultural heritage of the Basque Country. Because of its history, because it is a meeting point for the inhabitants of the city and because it keeps focusing on the local, on what is its own.

It is a celebration of all this, of gastronomy and culture, in the best possible atmosphere where you can enjoy flavours, aromas and colours of all kinds. To discover it more in-depth, you can bet on a guided tour that goes through its history and all its corners. A must on any visit to the province of Gipuzkoa.

Article made in collaboration with Turismo de Tolosa