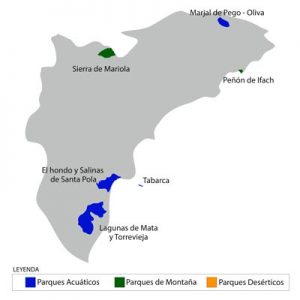 It is a 332 metre high promontory that rises up in front of the city of Calpe and is linked to it by a narrow natural isthmus. Its mere presence causes a considerable visual impact. In addition, its profile gives shape to one of the most picturesque images of the Spanish Mediterranean coast. The Peñón de Ifach offers beautiful views from its summit; which, on the clearest days, reach as far as the island of Formentera. The Peñón de Ifach was inhabited in past times, and from this human presence some archaeological remains can be seen, such as those of the Roman site of Baños de la Reina. Nearby are also the salt lagoon of the Salinas de Calpe as well as the port and beaches of that town. 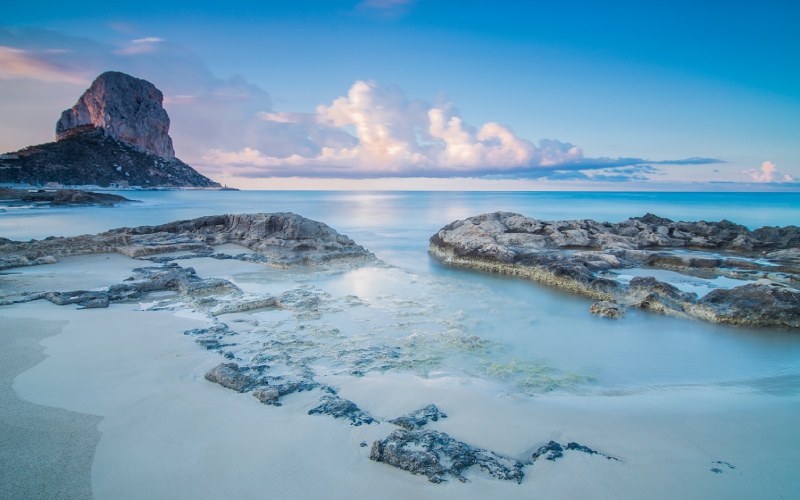 Peñón de Ifach has a remarkable natural diversity. This is concentrated in a small space that makes its vegetation one of its most precious gems. The higher altitudes are covered by rocky species; giving way to a bush and forest population as lower altitudes are reached. A large number of endemic floral species can also be found in the area. Birds are the most notable animal community in the park. Among the nesting and wandering species of the Peñón de Ifach are colonies of gull, cormorant, kestrel and Eleanora’s falcon. Its great variety of insects and reptiles stands out. For this reason, we strongly recommend that you bring binoculars to observe them; as well as suitable footwear and a hat for the common sun in this part of Spain. 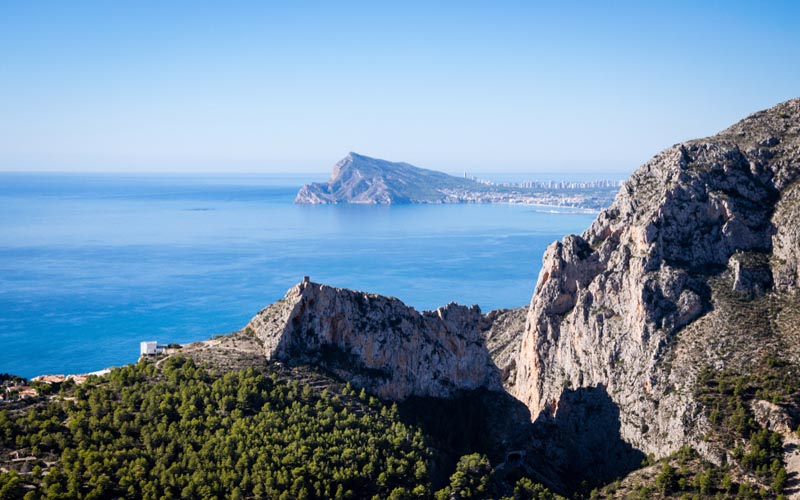 The ascent to the Peñón de Ifach can be done on foot following a signposted route that, starting from the park’s public car park, reaches the summit passing by several viewpoints, archaeological remains and other points of scenic, natural and cultural interest.

The city of Calpe is the only access point to the Peñón de Ifach by land. To reach it you can take the N – 332 road or the A – 7 motorway, through the Benisa and Altea exits.

natural environment, natural park
It may interest you... 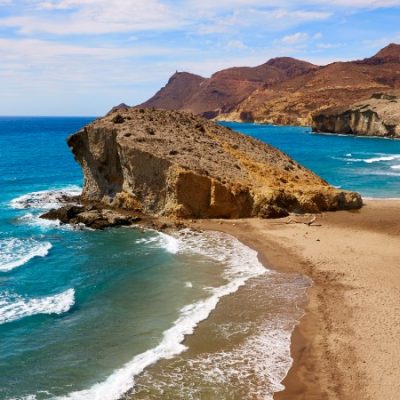