El Chorrador, also called Chorro del Villar is a spectacular waterfall located in the village of Castillo de Villamalefa. It is hard to believe that this 70 metre high waterfall is not even more popular, as its outstanding beauty surprises those who visit it. Located on the course of the Barranco del Centenar, this large waterfall is one of the best kept secrets in Castellón.

Dividing the villages of Castillo de villamalefa and Zucaina, El Chorrador is a natural waterfall worth visiting in summer, the perfect time to enjoy a dip in its fresh waters, or in winter as part of a hiking route to enjoy nature. It is the highest waterfall located in Castillo de Villamalefa. 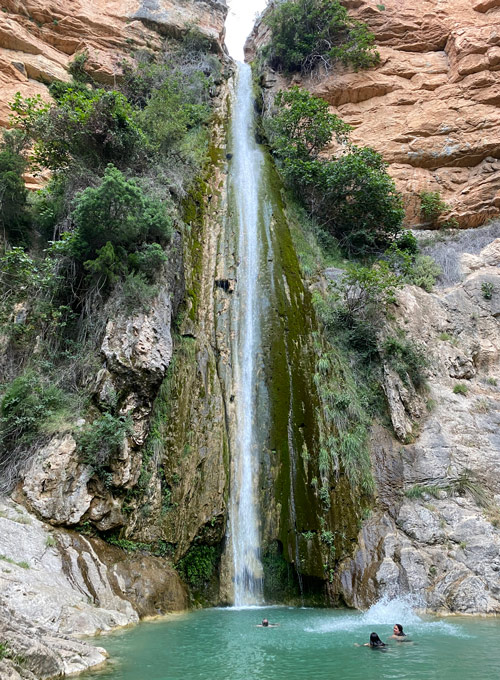 However, a visit to the waterfall is recommended during seasons when it has previously rained a lot, as in the low rainfall season El Chorrador is dry, since the little water that appears from the waterfall runs through the cracks in the upper rocks that make up the wall of the waterfall. In the rainiest periods, the wall of El Chorrador fills with moss and gives the picture an even more idyllic appearance. 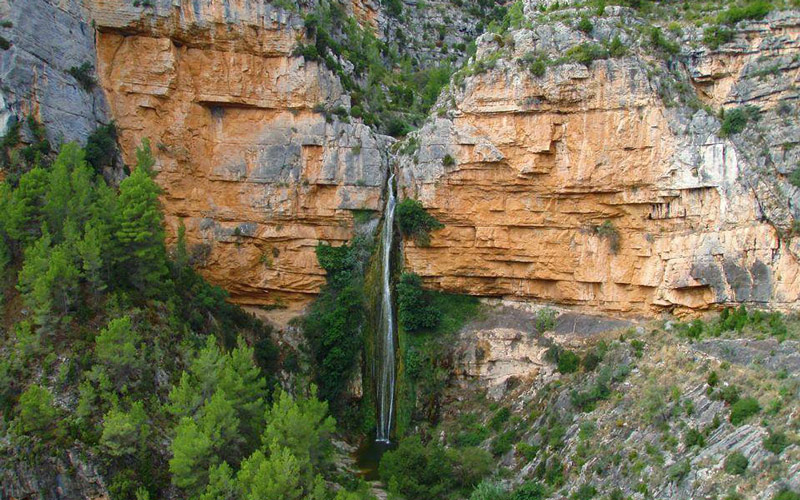 However, in the years when it has rained considerably, El Chorro del Villar waterfall shakes the environment with its strength and fills the pool where it falls, to the delight of those who bathe in it during the summer season. However, this corner does not want to lose its essence; so the capacity is reserved for a maximum of 100 people.

As a curiosity, at the top of El Chorrador there are up to five waterfalls that range from five to ten metres high and also have their corresponding pools. However, it is advisable to visit these areas with experts in canyoning as well as with the appropriate equipment.

How to get to El Chorrador 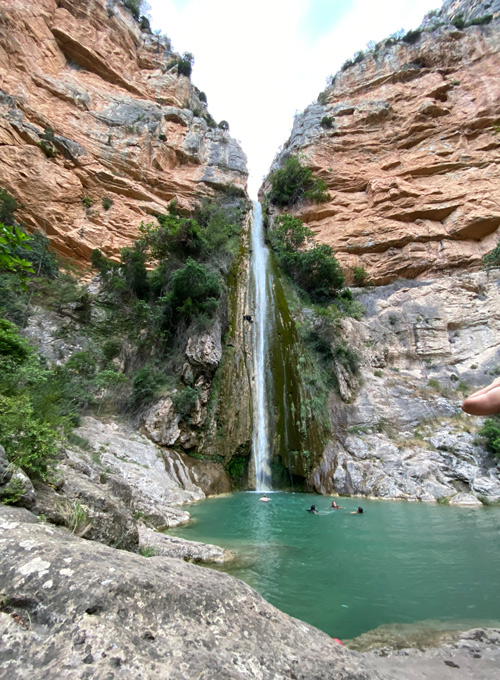 To reach El Chorrador waterfall from Castillo de Villamalefa, take the road to Zucaina. After passing the bridge over the Villahermosa River, a few metres on the right you can park your car on the bend in an old road established here. From this bend mentioned above, a path begins that rises up a few metres. You do not have to wait long to reach the waterfall, as the path is only a few minutes long.

What to see in Castillo de Villamalefa

El Chorrador is located in Castillo de Villamalefa; a small village of just over 100 inhabitants in the Alto Mijares region, in the province of Castellón. It is characterized by being located in the shadow of Peñagolosa’s peak, so it is a mountainous area surrounded by forests where pine trees abound. To complete the visit to the waterfall with another natural space; from the village it is possible to access Peñagolosa thanks to the track of Mas Quemao. Another attraction of the village is the river that crosses it, called Villahermosa. 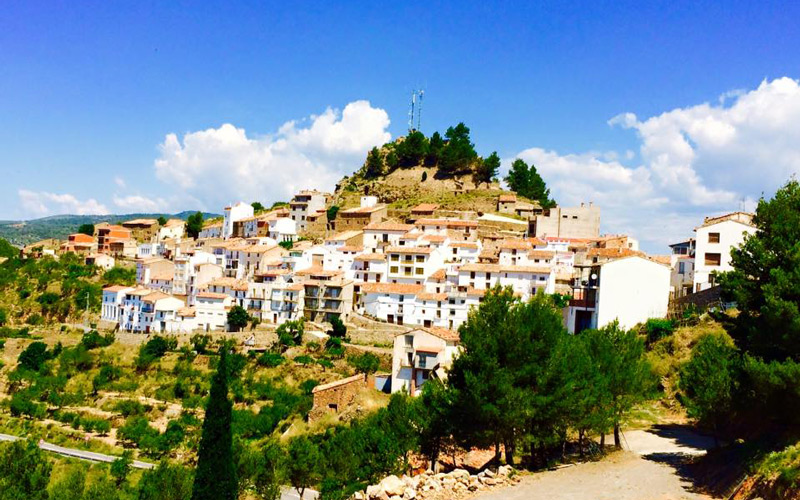 Castle of Villamalefa can be discovered peacefully by walking through its streets. At the top of the village are the remains of the castle of the town of Castillo de Vilamalefa; an ancient fortress located at the top of the mountain where the village is located. The origin of this fortress is Muslim, and from it the village was built around it. Of the remains that have managed to be preserved to this day; those of the old chapel of Santa Lucía stand out, although they are quite deteriorated. The castle has been catalogued as an Asset of Cultural Interest.

Apart from the village itself, Castillo de Villamalefa is made up of different population centres among which Cedramán stands out. The section of the river that runs through this town is one of the few rivers that currently preserve the native trout and where trout fishing is practised. 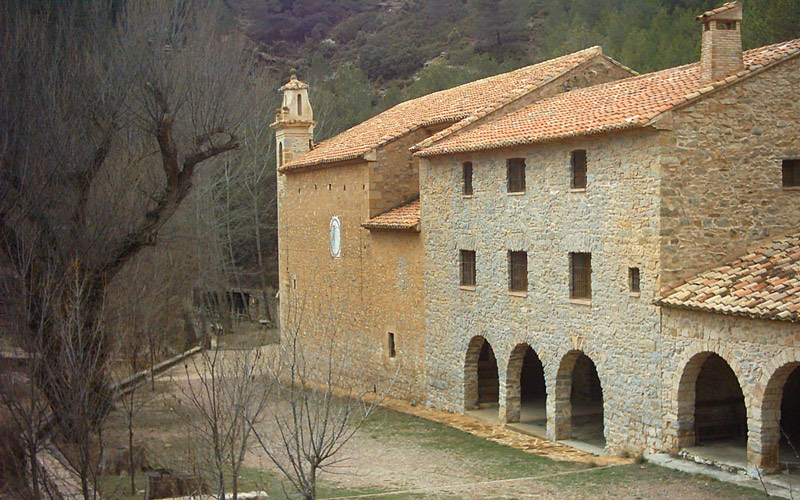 El Chorrador serves as a kind of natural boundary between the villages of Castillo de Villamalefa and Zucaina. Therefore, because of its proximity, it is worth coming to see what Zucaina has to offer. The town has some fairly beautiful temples such as the parish church of La Transfiguración de El Salvador; built between the 16th and 13th centuries. Inside there are wooden carvings dating from the 18th century.

As far as hermitages are concerned, Zucaina has several. One of them is located in the upper part of the town. Another is the hermitage of Santa Ana, dedicated to the patron saint of Zucaina. Although it is four kilometres away, which may be a little far, this is compensated for by being located in an area of outstanding natural beauty. It was built on the right bank of a tributary of the Villahermosa River. Although if this town is known for something it is for the Calvary of Zucaina; an Asset of Local Relevance formed by a religious complex on the outskirts of the town.