Located in the south of the island of Gran Canaria, in the municipality of San Bartolomé de Tirajana, the dunes of Maspalomas have been inhabited since the time of the aboriginal. A horizon of sand and ocean that shows a picture out of this world. This is an arid landscape typical of the southern areas of the main islands, Gran Canaria and Tenerife. Surrounded by long white sandy beaches and crystal clear water, the dunes of Maspalomas are a mandatory visit place of the island. 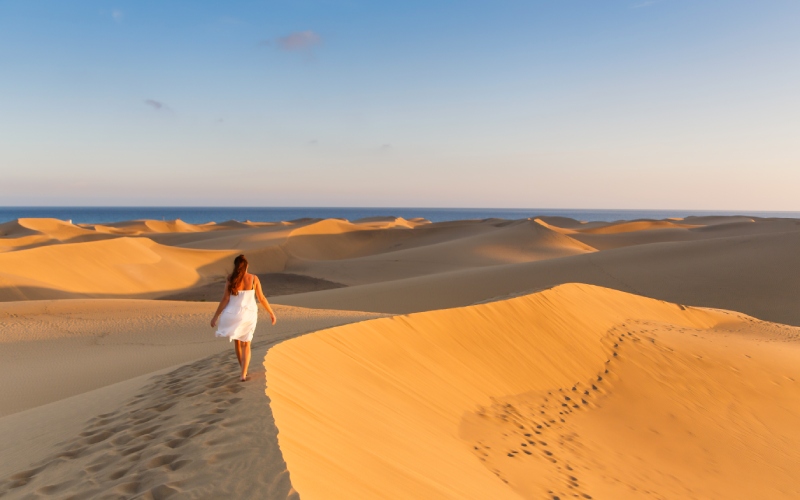 A painting of the trade winds and the Atlantic Ocean

The origin of these dunes is very antique, hence their value. The accumulation of sediments from the inner part of the island of Gran Canaria, thanks to the trade winds of the archipelago, formed the dunes. In addition, the powerful waves of the Atlantic Ocean also have an effect on them, forming that characteristic soft silhouette. Unfortunately, however, they are very sensitive to the massive hotel construction in the surrounding area and people fear for their survival.

The dunes of Maspalomas are one of the most important protected natural areas of the Canary Islands and Spain. Appart from its great ecological value, it is also a key nesting site for many migratory birds. Furthermore, since 1994 it has been considered a Special Nature Reserve due to its valuable characteristics.

Aerial view of the dunes and beach of Maspalomas | Shutterstock

Home to unique flora and fauna

This work of art of nature also has the so-called Maspalomas oasis, a natural spot where a multitude of endemic species coexist, such as the giant lizard of Gran Canaria. The warm weather lasts all year round and makes these dunes the perfect destination to escape. Its beach, visited by professional surfers from all over the archipelago, offers exceptional views of the dunes. 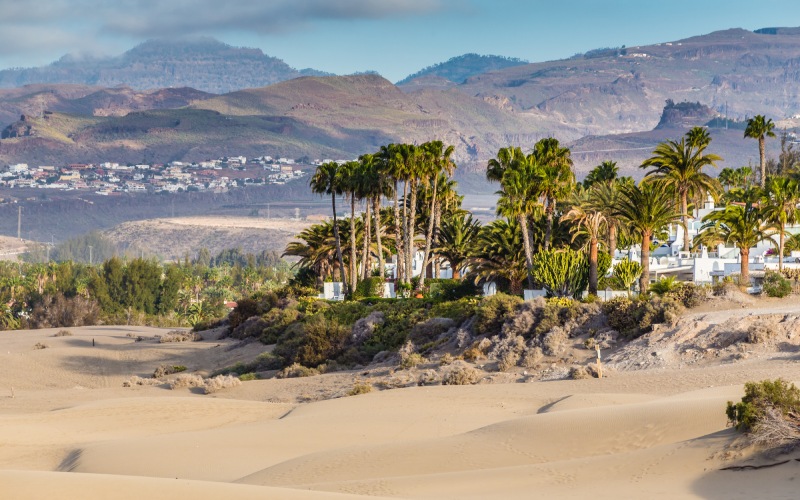 The sunsets from these dunes are great attractive of these dunes. Walking along the path next to the dunes, you can appreciate their immensity and value. However, the most enjoyable part of the walk is cross them on foot. An infinite ascent and descent where you can enjoy the tingling of the sand on your bare feet. A gift for all five senses.

Discovering the Spanish Windmills: Don Quixote’s Special “Giants”
We can find examples of windmills all over the Peninsula, and even in the Balearic Más información

Barranco de las Vacas, the Spanish version of the Antelope Canyon
The geological peculiarities of the Canary Islands unveil a land of great mysteries that never Más información