Some Spanish castles seem to be taken from the stories we read as children. There are fortifications, huge towers, battlements… Many fairytale castles that could be inhabited by a princess and a dragon.

Our list of the 5 fairytale castles begins with the Alcázar of Segovia. It is one of the most beautiful in Spain, even in the world. Located in a city declared a World Heritage Site, the Alcázar stands in a hill surrounded by the Eresma and Clamores rivers. The castle built in the 13th century was inhabited by several kings, but the one who brought it to its maximum splendor was Philip II.

Another fairytale castle is the Royal Palace of Olite. Legendary towers, more typical of northern European fortresses, moats and dreamlike gardens decorate the Castle of Olite, officially known as Royal Palace of Olite. It was built between the 13th and 14th century aimed to be a palace rather a military fortification. It holds a parador (kind of hotel in Spain) at this moment. 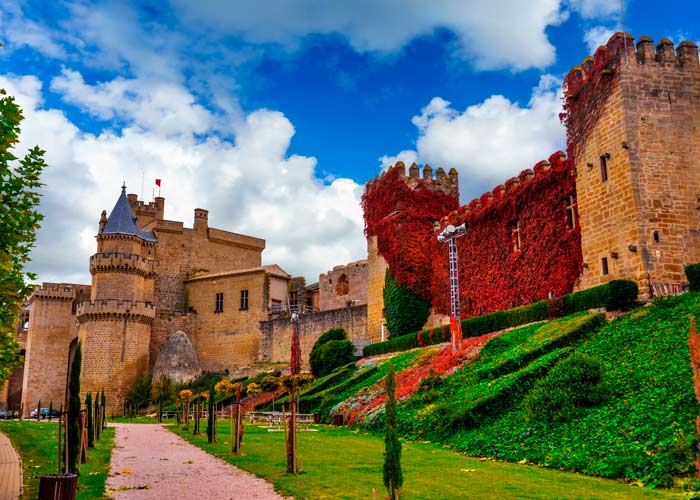 On the top of Peniscola village is the impressive fortress of the same name. It is linked to the famous film of El Cid (the version starred by Charlton Heston) and the figure of Papa Luna since he sought refuge there till his dead in 1423. Thus, it is popularly known as “Papa Luna’s castle”). The true is that inside the sloping walls —built during the 16th century— there are some spaces of Romanesque style designed by Templars since 1294. 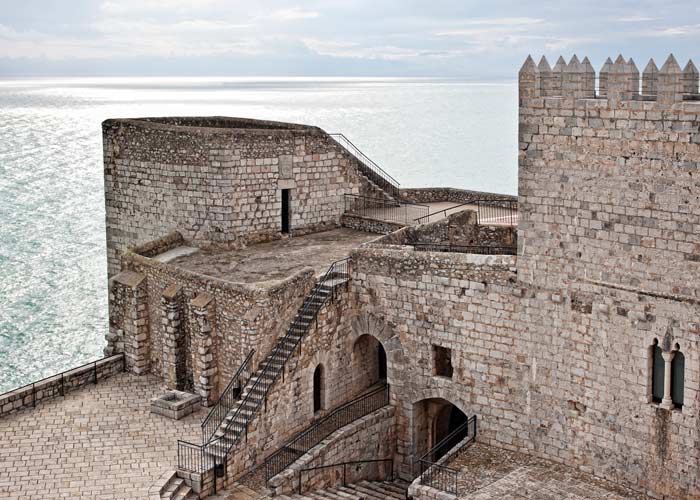 One of the most beautiful villages in Madrid is Manzanares el Real. Located in a beautiful site under the Sierra of Guadarrama and on the banks of the dam of Santillana, this village is widely known for its castle. It is the best preserved of the national territory and one of the most beautiful and famous in Spain. The castle has two different areas: the Interpretation Centre and the palace area. Collections of tapestries from Brussels and armours, furniture, mirrors, carpets and other items are of great value. It can be visited through a dramatized tour. It meets the requirements to be included in the list of the 5 fairytale castles in Spain. 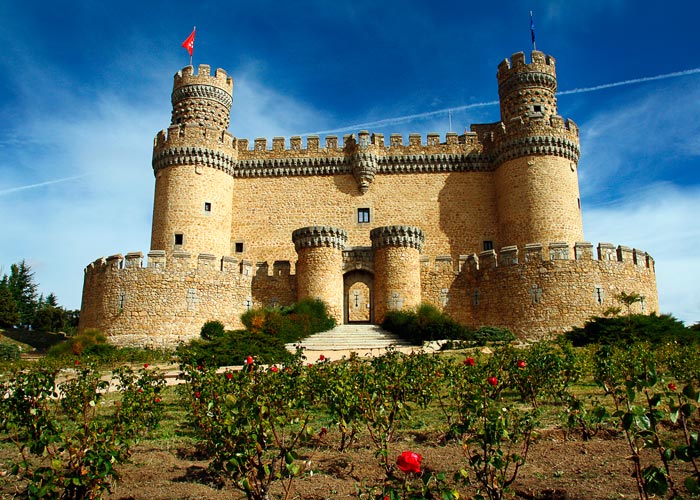 A fun fact is that Jaén is the region of Europe with the largest number of castles and fortifications. It is difficult to choose just one, but the Castle of Alcaudete has something magic that grabs you. It was originally built by Arabs, then reconquered in 1246 and awarded to the Military Order of Calatrava. At the present time it has become a tourist and cultural area that holds the Interpretation Centre about Calatrava Order’s life. 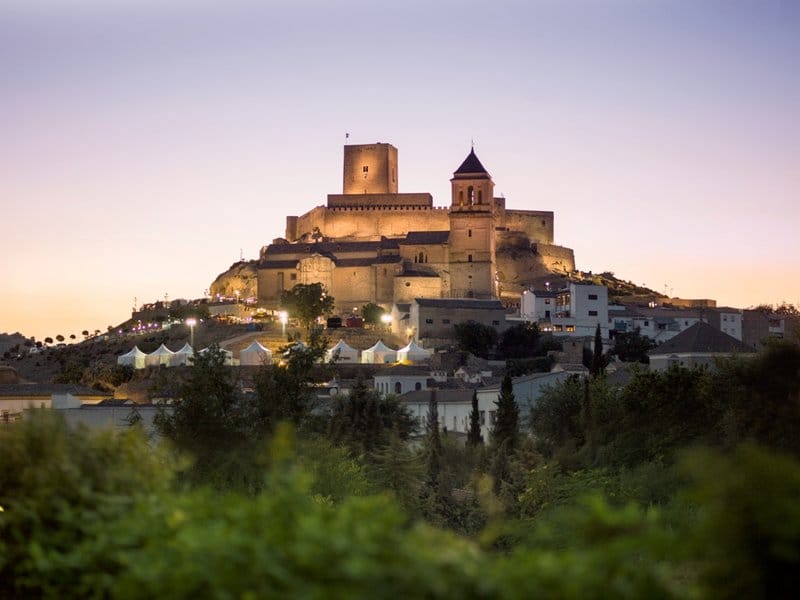 Of course there are more fairytale castles in Spain, but we had to choose our favourites. Which ones are yours? Leave us a comment!