Everybody knows alcohol helps you gain weight. In fact, alcoholic beverages are the first thing a nutritionist removes or reduces when trying to lose weight. Sometimes it is hard to say no to theses alcoholic beverages. But do you know what alcoholic beverage make you fatter? Is it wine or beer? It has always been said that drinking a glass of wine every day is good for your health. However, beer helps you gain weight. But what truth is there in these claims? Beyond the obvious difference in taste, it has been proved that both beverages affect your health in a different way.

Beer is an alcoholic beverage which can cause the onset of a prominent tummy that gives our excesses away. However, beer is derived from malt, a cereal rich in vitamins B and minerals. It is true that beer has a higher amount of carbohydrates than wine. It has about 3 grams of carbohydrates every 100 millilitres (although it obvioulsy depends on the type of beer you drink). But is also true that beer has less amount of alcohol than wine. It only has 3 grams in every 100 ml. Thus, a 100 millilitres glass of beer has about 40 or 45 calories, depending on the type of beer drunk. Although taking into account the usual beer glasses in Spain, people usually drink several times that amount, especially in summer. 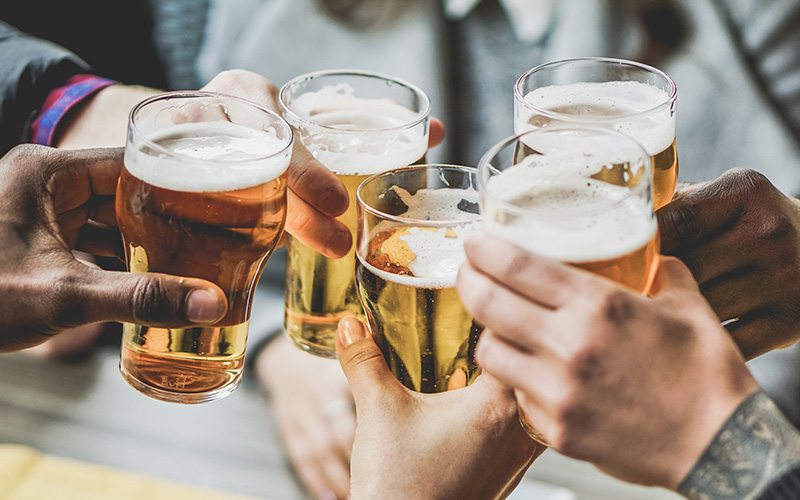 Wine vs. Beer calorie count. Which one is better?

Wine is the most popular alcoholic beverage in Spain, produced in all parts of the country, from Catalonia to Galicia or La Mancha. Wine has several health benefits and it is recommended to include one daily drink in the diet in the case of women and two in the case of men. Its high content of polyphenols makes it beneficial for the heart. In addition, it has other antioxidant active ingredients. Its caloric intake depends on the type of wine and obviously, the quantity drunk. Regarding the amount of carbohydrates, this alcoholic beverage has less than beer.

Red wine, the best of the areas such as Toro, La Tierra del Vino, Ribera del Duero or Rioja, despite having fewer carbohydrates than beer, has a higher alcohol content. There are around 70 kcal every 100 millilitres of wine. Concerning the white wine, such as ribeiros or manzanillas, it is important to mention that the proportion of alcohol is lower than in the red wine. However, it is still higher than beer.  Drinking 100 ml of white wine will make us gain 65 kcal, more or less. 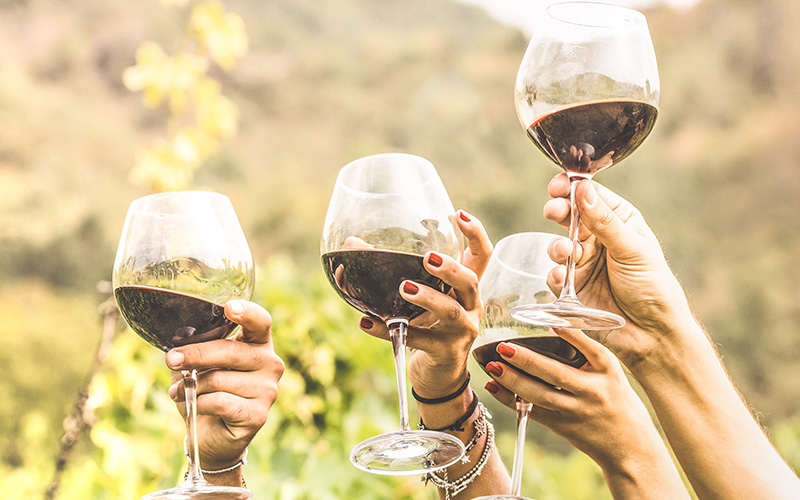 Wine vs. Beer calorie count. Which one is better?

After analysing the composition of both alcoholic beverages, we have come to a conclusion. To arrive at this conclusion we have only considered the calories per amount ingested and not the macronutrient composition. Thus, if we assess the number of calories we take in every glass of 100 millilitres, the answer will be that wine makes you fatter than beer, regardles the kind of wine.  Anyway, the ingested amount (usually higher drinking beer) must be taken into consideration in order to calculate the energy consumed during that precise day. Other important parameters such as possible intolerances or digestive problems should also not be ruled out.