The Alcazaba of Almería presides over the Andalusian capital from above. It is one of the most important testimonies of Al-Andalus. It is also the largest Muslim citadel built in Spain.

BRIEF HISTORY OF THE ALCAZABA OF ALMERÍA

The construction of the fortified complex began in 955 by order of Abd ar-Rahman III, the first Umayyad Caliph of Córdoba. The Alcazaba was built on the remains of a pre-existing fortress.

It was completed in the 11th century by the first Taifa monarch of Almería, Jairán. Already with the Christian conquest of Almeria, the Catholic Monarchs and King Charles I reformed it.

There are, therefore, three different stages of construction: two Muslims, and one Christian.

WHAT TO SEE IN THE ALCAZABA OF ALMERÍA

The Alcazaba of Almería has only one door, which leads to Almanzor Street. This door gives access to a staircase that leads to the Puerta de la Justicia. Through this door you enter the first enclosure of the Muslim fortification.

This area corresponded to the military camp of the Alcazaba. It also had the function of receiving the population in the event of a siege. 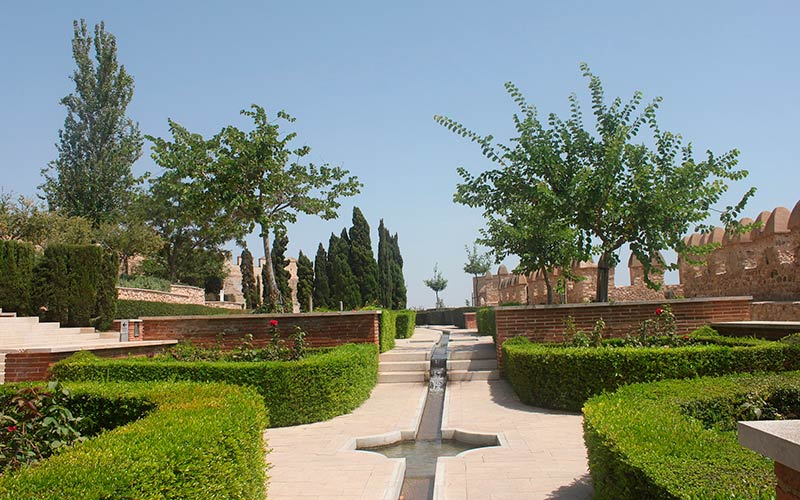 Gardens of the first enclosure

The first enclosure of the Alcazaba had important cisterns (today in ruins) for storing water. At the eastern end is the Baluarte del Saliente.

During the 20th century, a series of gardens were built imitating the restoration work that had already been carried out on the Alhambra in Granada.

The so-called Muro de Vela separated the first and second enclosures. On it was a bell that warned when the ships entered the bay, in case of attack, etc. The second enclosure is the largest archaeological site.

It housed the residential area of the monarch, as well as the guard and the rest of the court. A whole palatine city was displayed there. It had all kinds of constructions and facilities: mosque, cisterns, baths, etc.

In this enclosure there was the Palace of Al-Mutasin. It was built in the 11th century, and is currently preserved with all its rooms.

The Catholic Monarchs replaced the old mosque with the church of San Juan Evangelista. 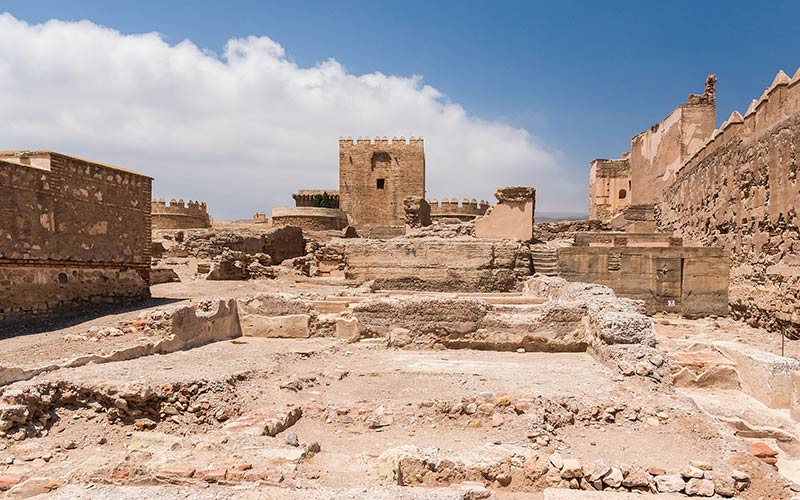 The third enclosure corresponds to the Christian stage of the Alcazaba. In it, after the capture of Almería, the Catholic Monarchs ordered the construction of a castle in the highest area.

The interior has a parade ground, in the centre of which there is a cistern and a silo, which also served as a dungeon. The Homage Tower, which presides over the courtyard, is the largest in the enclosure. On its façade appears the coat of arms of King Charles I.

The Tower of La Pólvora also stands out, where the gunpowder for the firearms of the fortress was stored. 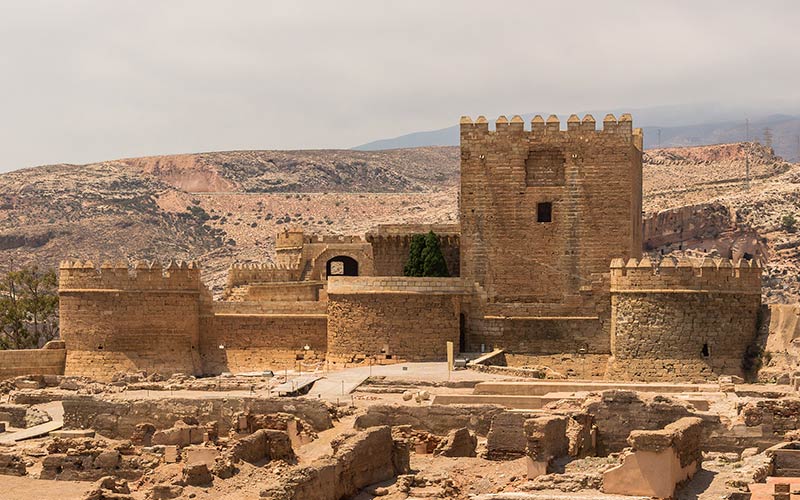 Finally, the walls of Jairán should be noted. They form a wide wall that connects the Alcazaba of Almería with the castle on the Cerro de San Cristobal. This wall canvas is all that remains of the extensive wall that surrounded the city of Almería.

INFORMATION FOR YOUR VISIT TO THE ALCAZABA OF ALMERÍA

If you are going to spend several days in Almería, we suggest you the best restaurants where to eat. In addition, you can also see places where to sleep.

Schedule of the Alcazaba of Almería:

From July 1st to September 15:

Almería, Andalusia, arab, archaeological sites
It may interest you...

Medina Azahara
[vc_row][vc_column][vc_column_text]Medinat al-Zahra, better known as Medina Azahara in Spanish, Córdoba, is one of the most Más información