The capital of «the tiger»

Morella was the place in which the famous knight started to foster the concept of honor. It is an impressive place full of traditions.

Plan your stay in Morella

Things to do in Morella normally involve gorgeous buildings, museums and constructions. If you had more time, you could visit Todolella, Villafranca del Cid, Catí, Sant Mateu or Peñíscola. Morella is an Asset of Cultural Interest, a great example of a Gothic city with walls. Those walls are 1560-meter long, built in the 14th and 15th centuries. The town can be visited by having access through one of the numerous gates of the walls: San Miguel, San Mateo, Forcall, Rey, Ferrisa and Nevera (picture below).

We recommend walking around the Jewish Quarter, Cardinal Ram Palace (16th century) and Rovira House. Regarding churches, there are many. You might want to visit a couple of the following list: Santa María la Mayor Archpriest Church (Gothic in style, it became part of San Juan de Letrán de Roma Basilica in 1700), which stands out because of the cloister from the 15th century; San Francisco Convent, Gothic in style, 13th century, with a wall painting representing Death’s dance; and San Nicolás Church, which houses Six en Six Museum. 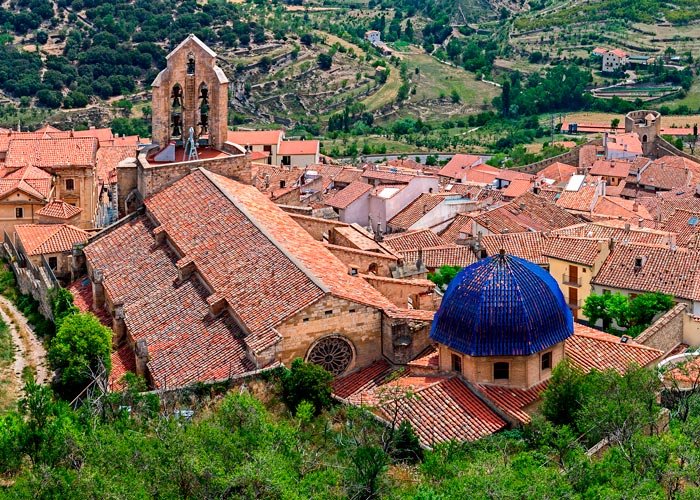 The Poets Garden is great as well. The covent is the way in to Morella’s Castle (built by the Iberian people 3 thousand years BC). You must also see Santa Lucía Aqueduct (1318), located in the outskirts of the city, Gothic in style, which provides you with interesting views of the city. The image of the city can also be seen when leaving the town: a beautiful summary to this great destination.

Discovering all the mysteries and legends in Valencia
One of the elements one looks for when visiting a city is daylight; to be Más información