In the heart of the possessions of the Order of Calatrava we find this monumental historic complex, popular because of its theatres and bullfighting.

What to see in Almagro

In our tour around this city, we recommend to start by the Theatre National Museum, and the “Corral de Comedias” (theatrical courtyard dating back to the XVII century), located in the Plaza Mayor.

Later on, we suggest you to go on an excursion to the South to visit La Nueva Calatrava Castle, near the town of Aldea del Rey. Other option is to visit the Hoya de Cervera y Macizo de Calatrava Park. If you want a bigger excursion you should visit the capital of Ciudad Real, but if you are of those kinds of persons who like birds you should go to the Tablas de Daimiel Park and visit later the archaeological prehistoric site of Motilla del Azuer (In the East of Daimiel)

If you want to visit buildings you should go to the San Agustín Church, built by the Figueroa family in 1625, which in the past was a part of the Santísimo Sacramento convent; near the square it is the San Bartolomé Parish, but there are other three parishes that are also very remarkable. These are: the Asunción de Calatrava, of Gothic-Renaissance style; the Santa Catalina, built by Franciscans; and the Encarnación, which dates back to the XVI and XVIII centuries. And finally the Madre de Dios Parish Church of a late Gothic style.

A walk around the Barrio Noble will take you back to past years in your visit to the Molinas, Rosales, Prior… houses and the Maestral, marquis of Torremejía or Valparqaíso Counts palaces. Nevertheless you will have to visit these buildings from the outside because there are people still living there. 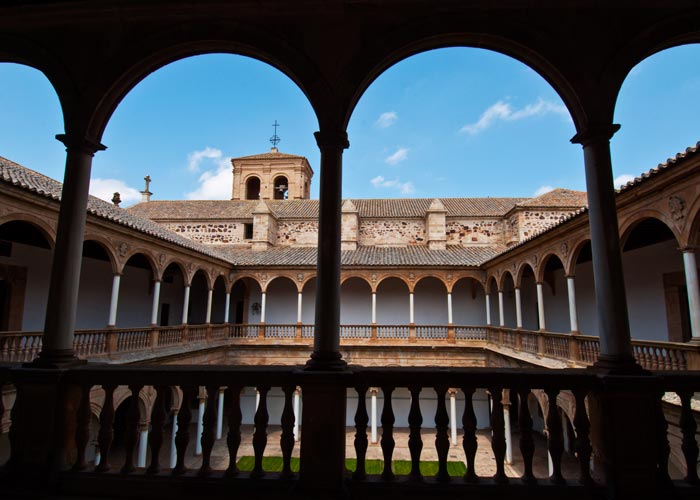 Other historic buildings are the elegant Almacén de los Fúcares, built in the XVI century with a beautiful patio and a decoration influenced by the Marqués de Santa Cruz Palace; the Rosario University, a Mudejar Church whose façade is decorated with Carlos V badges. In this University there is also a Church containing some famous artworks.

Finally, each month of July the theatre lovers should go to the International Festival of Classic Theatre.