The Roman city that did not surrender in one hour

Zamora is placed upon a hill, on the right side of the Duero River. It was the scene of many battles and one of the most important places for the Romanesque style.

What to see in Zamora

Things to do in Zamora normally involve the old city, from the modern part to the oldest areas. Even though there are many Romanesque temples, your visit will not take you more than a couple of days. We start our visit in Santa Clara street, where we can see the modern buildings such as Las Cariátides or Herrero Bank. Here we have numerous plazas, Santiago del Burgo Church (12th-13th centuries) and the famous Plaza Mayor, the old (16th century) and new (1950) City Halls and San Juan de Puerta Nueva Church (12th-14th centuries).

Some other interesting sights are Santa Lucía church (17th century), Zamora’s Museum, housed by Cordón Palace and exibiting several archeological and artistic collections, Piedra Bridge (12th century) and several gates: Doña Urraca, Obispo and Traición -the last one was crossed by the famous Cid Campeador.The Medieval Cities Interpretation Center sheds light on the history of several medieval cities such as Zamora -also here we find the Zen Lookout. The old Encarnación Hospital from the 17th century currently houses the Provincial Council, next to the Counts of Alba and Aliste Palace (Renaissance-Gothic in style, which now houses the National Tourism Parador).

As we mentioned before, Zamora is full of churches. We would recommend you visiting a couple of the list we are now providing you: Santa María la Nueva Church (next to the Easter Museum and the Ethnographic Museum of Castile and León), Magdalena Church (12th-13th centuries), Tránsito Convent (17th century), San Pedro and San Ildefonso Church (12th century, which still holds the corpse of San Atiliano, patron saint of the city), San Isidoro Church (12th century) and the Cathedral. 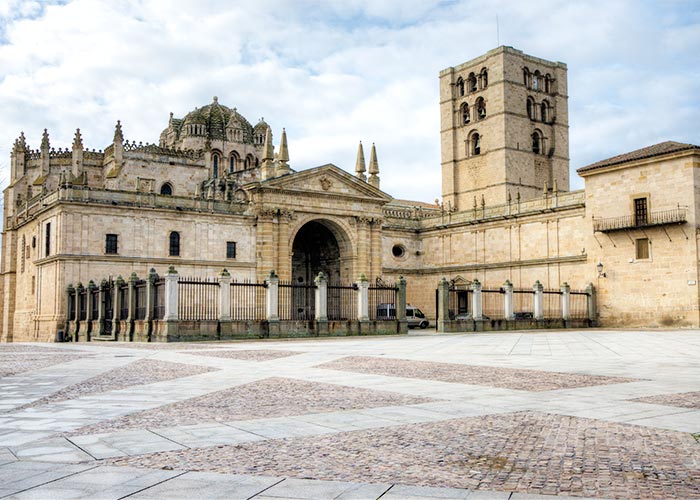 The Cathedral (of course, Romanesque in style) was built between the years 1151 and 1174. It has several interesting things to see, such as the chapels from the 15th and 17th centuries, a retablo from the 15th century, the Renaissance door that gives you access to the cloister (17th century), the Obispo Gate, and the Cathedral Museum, which has an important tapestry collection from the 15th and 17th centuries. The Obispo (Bishop) Gate faces the Episcopal Palace from the 18th century and the interesting Arias Gonzalo House, the Cid’s House (11th-12th centuries). The Cid was an important character in our history to whome the king Sancho II named second lieutenant and who later become a main figure in the history of Spain. Through a plateresque door from the 16th century we can have access to the Castillo park, next to the Alcázar (10th-18th centuries), surrounded by a ditch. The Castle’s origin can be traced back to the Muslim period; it still conserves the main door, the ditch and the Tribute Tower. The famous “Giant’s House” has been turned into an artistic space to exhibit the sculptures of Baltasar Lobo, a great artist born in Zamora. 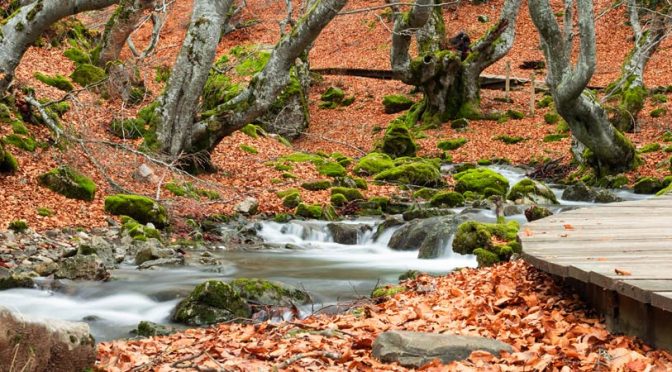 El Águila Caves: spectacular and completely accessible
[vc_row][vc_column][vc_column_text]The caves of El Águila are a gem of the geological heritage of Ramacastañas, in Más información

Tobera, the village in Burgos that has a thousand waterfalls
Tobera is a town located in the municipality of Frías, in the region of Las Más información