On the border with the province of Palencia, Castrojeriz is dominated by a hill with ruins of the castle where Pedro I murdered his aunt, Eleanor of Castile. It is very popular for being an crucial stop in the route to Santiago.

Plan your visit to Castrojeriz

The visit to the castle, the collegiate church and other places to see in Castrojeriz can be done in one morning. The rest of the tour can be done by continuing the path of Santiago westbound crossing the beautiful Frómista and Carrión de los Condes. In the opposite direction is the city of Burgos.

On the hill of the population there was a Roman fort which was later amended by the Visigoths, as found foundations attributable to both periods.

It is associated with the Castrum Sigiceri who founded Sigerico brother of Don Rodrigo to the 760. He had a difficult existence for the attacks of the Muslims, who would return later, destroying it. When Captain Nuño Núñez and his retinue of warriors foramontanos -from Barcena Mayor Valley in Cantabria- take place in the year 882, they must attract northerners and build a new castle.

In 974 Count Garcia Fernandez granted the so-called “Law of the Cavalry Villana” which is often seen as the first to be granted in Castile. This generous jurisdiction equated to any farmer to the availability of own horse with a infanzón (nobility of the lowest category); thus it managed to attract people to this dangerous border square. The charter was also generous with the Jews, who organized their aljama in which today is San Juan neighborhood.

In the following decades Muslims are forced to retreat to the south, opening the Camino de Santiago, which passes through this town; this attracts crowds of pilgrims. The demand for housing causes seven hospitals of pilgrims in Castrojeriz (one in the Monastery of San Anton), who six churches come together to ensure the spirit of the growing population are built; prosperity allows the construction and maintenance of three convents fund to pray for the souls of their benefactors.

In the year 1113 the king Alfonso the Battler of Aragon takes over the fort. In 1131 King Alfonso VII of Castile subjected to the castle to a hard siege, surrendering these starvation.

It was a safe and very addicted to King Pedro I strength as this confided to his jailer the most delicate duties. In 1354 it was the residence of his mistress, Maria de Padilla, where her daughter was born Constance of Castile. Eleanor of Castile (Queen Dowager of Aragon) was also imprisoned until 1379, when she was killed by order of her nephew, King Peter I.

In 1426 King John II County Castrojeriz creates and delivers warrior Chancellor Don Diego Gomez de Sandoval; he conspires against his benefactor, was taken prisoner at the Battle of Olmedo (1445), and he confiscated their titles, charges and land, including Castrojeriz. At death, King Henry IV returned the town to his successor, whose family continued.

The Camino de Santiago determined its morphology population on both sides of a long street. From the fourteenth century, the road begins a slow decline that will worsen from the end of the next century due to the continuous wars with France.
It was not until the role of Lordship the Marquis of Camarasa in 1812 that these are repealed. 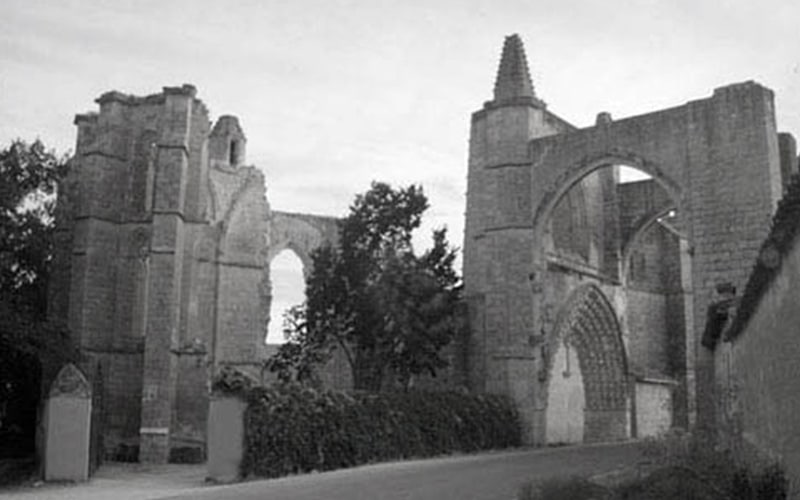 Ruins of the convent of St. Anthony

During the Second Spanish Republic (1931-1936) in the village a powerful organized labor movement against employers; the peasants of anarchist ideology founded a new political party called Local Workers and Peasants Bloc, which won the elections in February 1936. Among the first steps of the new mayor was to sell part of municipal assets to give food to the farmers who had refused to the harvest (and therefore had not charged and were starving). This and other proposals were worth the town the nickname of “Little burgalesa Russia”. In July 1936, Mayor Eusebio Muriel Gonzalez and other revolutionaries die at the hands of fascist rebels against the government.

In the late twentieth century, the Camino de Santiago emerged as a tourist route, which began promoting tourism in Castrojeriz.

What to see in Castrojeriz

The ruins of the Castle, at the top of the hill, are the oldest monument we can see by visiting Castrojeriz. Its original Roman construction was covered with reconstructions and Visigoth and medieval walls. Its Arab rule legend Enchanted Mora, who was killed on his wedding night stays. He played an important role in the fights between Alfonso the Battler and Urraca. He was imprisoned in Eleanor of Castile, Queen of Aragon, before his assassination. He went on to hands of the counts of Castrojeriz. Castle surrounded the ancient walls of the town with several doors in its lower part called San Miguel, Santa Eulalia, Puerta del Monte and Puerta Sardina. It was affected by Earthquake of Lisbon in 1755 that collapsed the walls that were in the area of ​​caves in the neighborhood of Santo Domingo.

At the beginning of the villa the former Collegiate of Santa María del Manzano, founded in the ninth century, rises. It was rebuilt in early Gothic style in the year 1214 by order of Berenguela the Great, Queen of Castile and Leon. A mid-eighteenth century the Chapel of the Virgen del Manzano, the burial crypt of the counts, a new apse and neoclassical elevation of the tower was built. Inside, three naves with chapels on either side retains a rococo altarpiece with paintings of the painter Anton Raphael Mengs, in addition to tombs from different periods, sculpture which stands the Gothic sculpture in polychrome stone of La Virgen del Manzano (XIII century) mentioned by Alfonso X in his Cantigas.

To the right of the Real Street, the Church of Santo Domingo built in the fifteenth century. Inside we find Iacobeus, a new interpretation center of Santiago from the correct path included in the project “Four Villas Amaya”.

At the end of the Calle Real, the Church of San Juan chairs the homonymous district from its high tower of five bodies and pointed windows. It is a thirteenth century Gothic building looks like a fortress, which was renovated in the fifteenth and sixteenth centuries. It highlights its cloister, its coffered ceiling, the baroque altarpiece with the sculpture of San Juan and some burials like Juan Garcia Gallo. It houses an interesting parish museum, Bruges tapestries, paintings by Gerard David, Mateo Cerezo, Bartolomeo Carducci and imaginings of Gil de Siloé.

Tardajos street Landelino the Ethnographic Museum allows us to understand the traditional ways of life of the people through farming tools and objects.

Remains of the wall are preserved in an area now known as Parque de la Puerta del Monte which concentrates most of the hospitality of the villa. There are some examples of civil architecture such as Casa del Cordón converted into bar-restaurant. Gutierrez Barona House, built in the late sixteenth century, nursing home today. 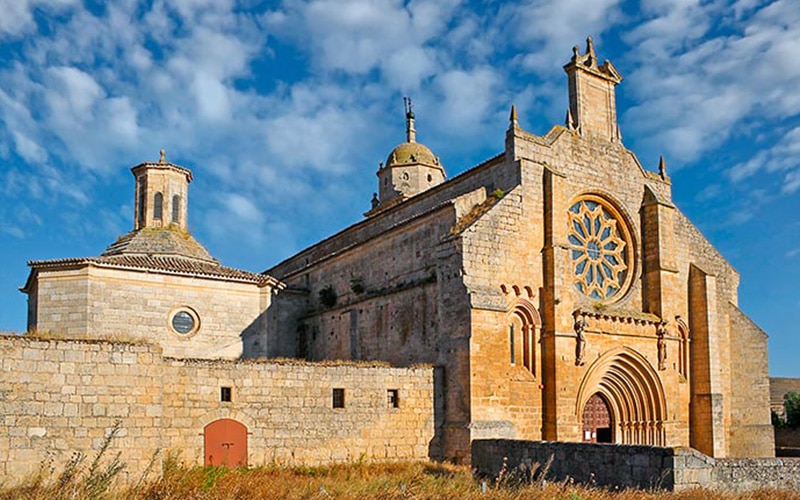 Outside the walls is the Convent of Santa Clara. Founded in 1264 by origin to Alfonso X the Wise with Tablín sources but in 1326 moved to the town at the request of the people; still occupied by the Franciscan community of Poor Clares. The church of the early fourteenth century is Gothic, with a single nave of conventual style, polygonal apse and five sections torn embellishing windows. The vaults are of simple crucería and the temple is presided over by a statue of the Immaculate eighteenth century. The cloister is neoclassical. Preserved an interesting crypt of the Gothic. The chapter house is dominated by the beautiful and miraculous image of the Virgin of Chapter.

Two kilometers northwest ruins of the Convent of San Anton are located. The monks who occupied it belonged to the Order of Antonianos hospital and housed pilgrims and the sick; They are employing the so-called “fire of St. Anthony” (rye ergot fungus that caused those affected mystical visions). There remains a Gothic doorway, the Gothic windows of the apse of the church, and the symbols of the Order of the Tau on the shields of its walls.

16 km northwest along the road BU 400 is reached Melgar de Fernamental, where the Church of the Ascension built between the XV centuries stands and XVI on the model of church-hall with three naves of equal height and starred vaults . They emphasize their covers and classicist tower XVII century. Inside is an interesting altar, choir stalls, the sculptural representation of the Adoration of the Magi.

In the opposite direction, in the Balbases, you can visit several churches of the thirteenth century transition from Romanesque to Gothic.