The Historical Site and rural nucleus of Argul is located in the area of Alto Navia, in the province of Asturias. This village is located in a mid-mountain location near the capital of the council of Pesoz where it is located. Isolated due to the orographic conditions, with the presence of the Agüeira River in the middle, Argul is an exemplary sample of one of the most striking architectural singularities of the western part of Asturias. Thus, the most surprising thing about Argul are its stone houses connected by cantilevered passageways in which it is possible not to step on the street to go from one house to another.

Argul is a beautiful and simple village that is uninhabited today. However, it is easy to recognize the wealth that this village had in the past, with large houses, cellars, a chapel, hórreos, a mill, a laundry… A total of 30 houses where the passing of time and the rural exodus have left no guests; where many moved to America. 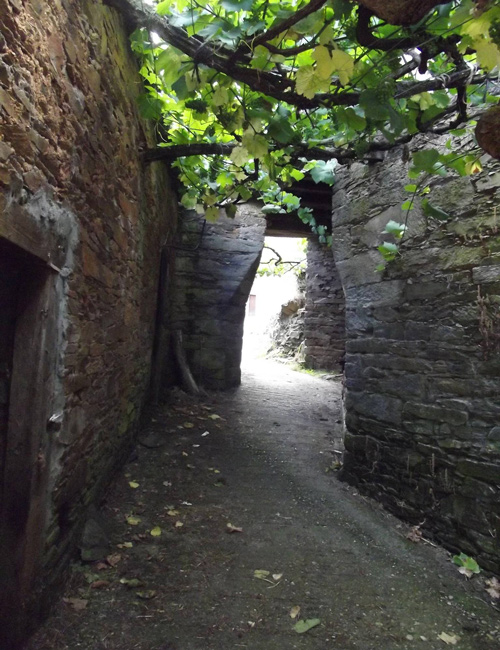 Tunnels for the passage of people and animals. | Ángela Ferreira Martínez

Walking through the streets of Argul you can see the austere stone buildings that rest on the natural rock, establishing tunnels in the middle through which people and cattle used to pass. In this way, a complex network of underground landscapes located under the houses and called veiriles was organized.

The existence of these tunnels under the houses was linked to the high wooden passageways that were also found in the houses, allowing the people to travel from one end to the other without ever stepping on the ground. In winter these high corridors served to avoid having to go down to the cold streets. 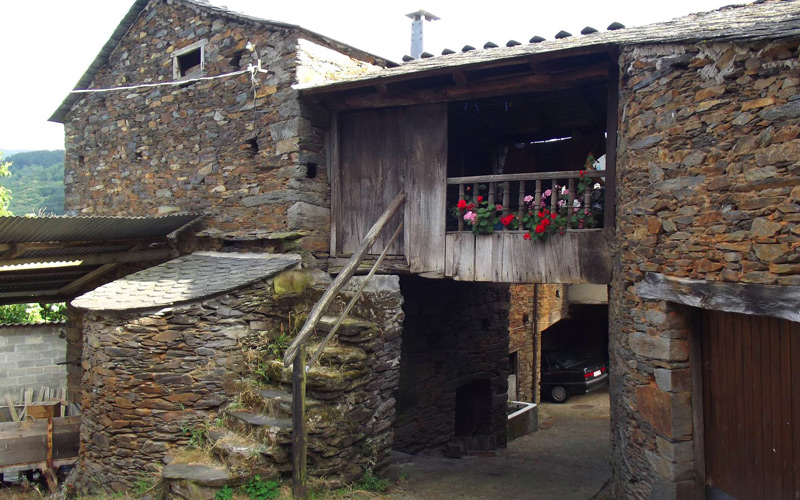 The whole seems to close in on itself creating an interconnected configuration. In this way, in the past they managed to create a communication mechanism between the houses thanks to these tunnels and galleries under them that functioned as easements for people and animals. The tunnels and passages reach large dimensions, as in the Casa de Vilar, which is 20 metres long. 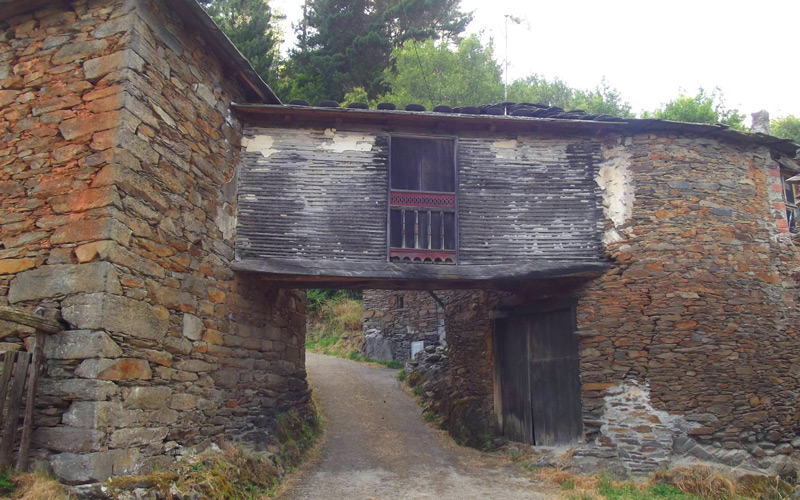 The houses were built taking into account different elements organized around a courtyard. Among them, the dovecote tower (some houses have dovecotes in the attics) and the hórreo. It is striking that some of the houses are built on the same rock as the wall of the road; so they have not needed foundations.

Thanks to this system, they were able to build more solidly and the houses gained in width as they were built on the same path. The materials used to build them are stone, wood, slate and mud, all of them native. Declared an Asset of Cultural Interest, walking through the streets of Argul it is interesting to notice the inscriptions and details of windows and doors.

Argul hides spaces as curious as the Sculptor’s house. This name is due to the fact that it was the birthplace of the famous Baroque sculptor Juan Alonso Villabrille y Ron, who worked at the court of Philip V. The house consists of two volumes without symmetry and three floors. The construction was carried out with slate and quartzite, like many of the buildings in the village. Today it is in an excellent state of conservation. 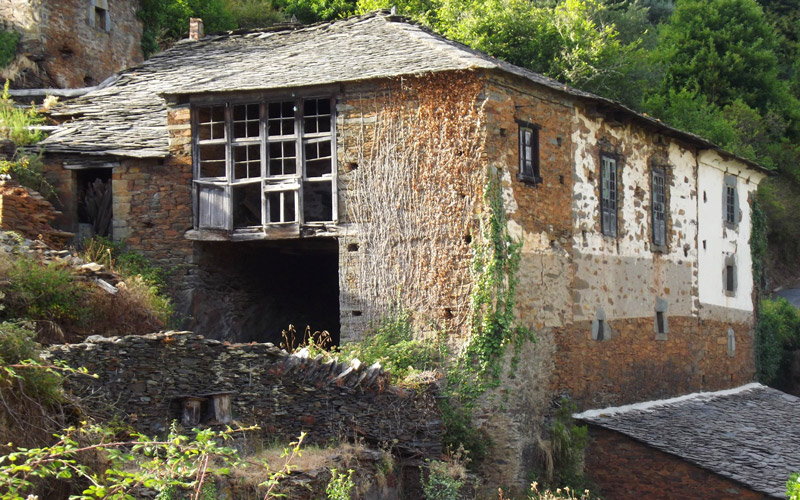 Although the house is currently uninhabited and does not have the best of conditions, it is a relevant architectural complex. Vilar’s house was built by adapting it to the characteristics of the surroundings. Like other houses in the village of Argul, a path was installed in the lower part of the house. This path crosses the house from north to south; where the same rock was used as one of the walls of this pass. The tunnel is 20 metres long, framed by a rectangular building of outstanding length. It was built with strong stone walls.

The chapel of San Antonio is in the centre of the village, built on the same rock. It consists of a single nave and has a rectangular floor plan with a hipped roof. The bell gable located here is noteworthy, with a single eye and a semicircular arch finished with a pediment. Materials such as quartzite and slate were mainly used to make it. Inside you can see a beautiful baroque altarpiece that contrasts with the blue walls of the temple.

The chapel of San Miguel is located on the old road to Pesoz. It also has a single nave, although its floor plan is rectangular but with a flat head and a roof made of slate on three sides. It coincides with the chapel of San Antonio in that the bell gable located here has only one eye but is finished with a horseshoe arch. Quartzite and slate were used to build it.