The various castles we find throughout the Spanish geography are a clear reflection of our history and roots. These magnificent buildings are the most indicative examples of previous times. Today we bring you 6 of the 10 romanesque castles that we find in Castile and León that allow us to transport back to the Middle Ages. Are you coming with us?

This magnificent defense tower from the 15th century which was part of the Palace of Don Francisco de Sotomayor, located in the historic center of Salamanca. Its name comes from the aforementioned figure, since he was the Head of the Order of Alcántara (a military order of León). That is to say, the man who carried the nails of the cross of Jesus Christ in the processions. Its impressive octagonal tower is marvelous with the various decorative elements and turrets that crown it. 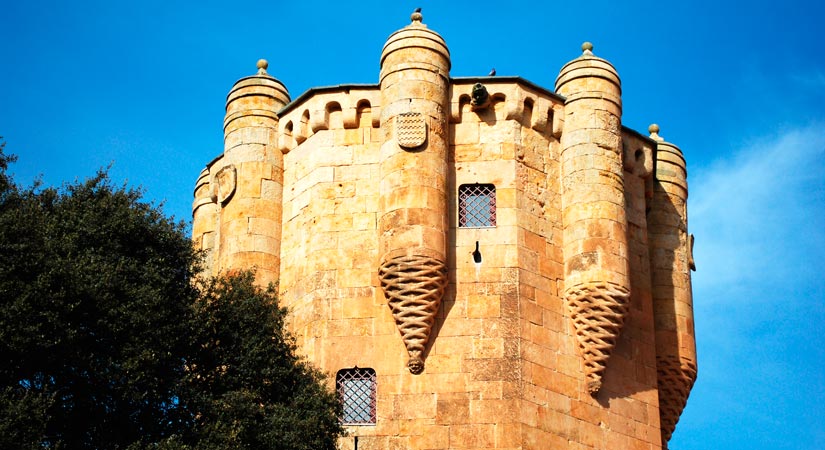 We go to Arenas de San Pedro to discover the oldest building in the town, dating from the end of the 14th century. This castle has maintained its structure thanks to the conservation work. You can still appreciate the courtyard, the dungeons, the kitchen and most of its decorative elements. We are fascinated by its recently restored Tribute Tower, which is open to the public. You have to check out the museum, exhibition hall and congress hall. 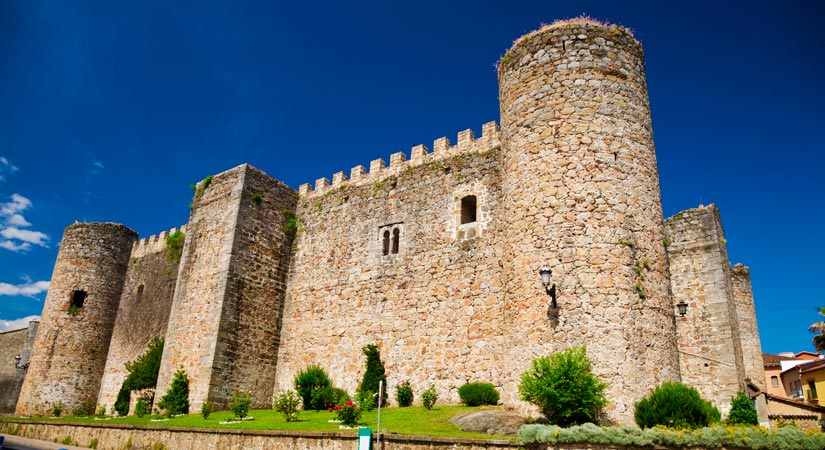 Also known as the Castle of the Dukes of Albuquerque, this monument, dating from the 14th century, stands out for its superb conservation and incredible structure. Historically it has had diverse functions, from a military headquarters to a sanatorium. Now, it happens to be a center of secondary education and offers ‘medieval visits’ with actors to bring to life its rich history. 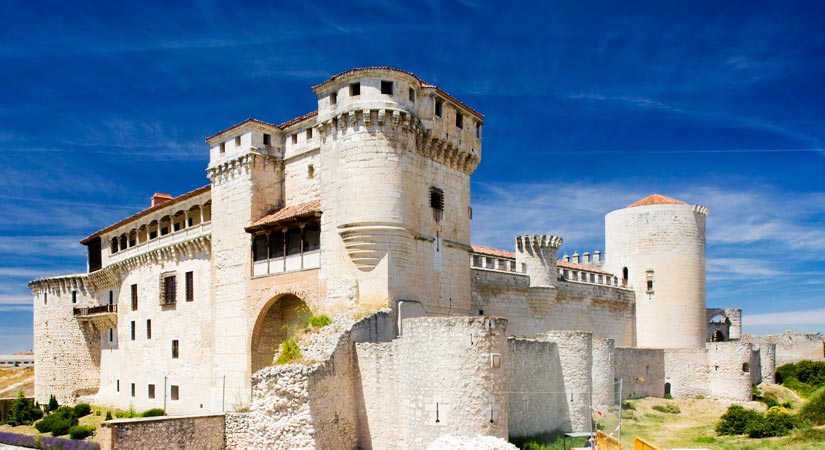 Since the 15th century, this building gazes over at the town of Peñafiel. With its height, the structure has served as a place of protection and surveillance for its citizens. Its elongated floor has adapted to the geography. The Keep Tower, accessible from an exclusive door, rises 34 metres from where you can enjoy stunning views of the surroundings. Today it houses the Provincial Wine Museum, which hosts more than 100,000 visits a year.

Known as one of the most beautiful palace-castles of the region, this monumental building has perfectly conserved its architectural and military elements despite its construction dating back to the 15th century. In its façade you can see features of what would be called “fachada-telón renacentista” (Renaissance style curtain-façade) – something innovative at the time. Currently two-hour tours are held to discover all its secrets. 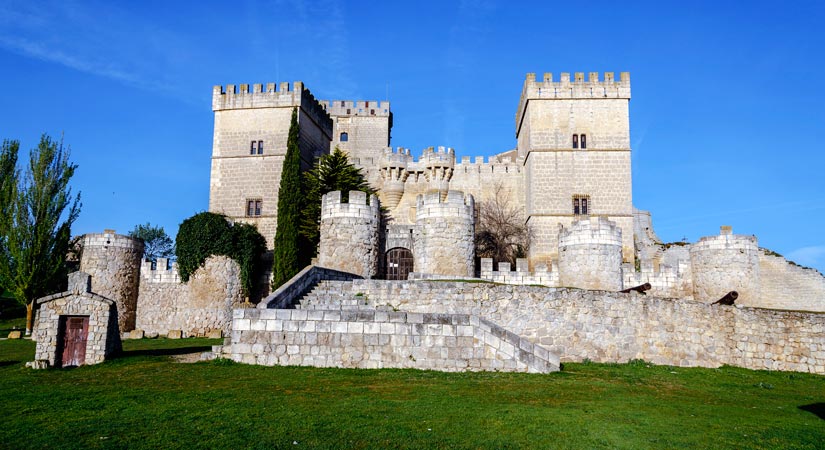 TWe finish this exhibit with this gem of somewhat uncertain origin. Built by the Templars, the structure has kept up an excellent conservation. We are impressed both by its main entrance and its silhouette formed by 12 towers that portray the forms of the constellations. In addition to maintaining all the typical elements of a castle: the moat, Keep tower, the parade ground… the castle also houses the Templar Library and The Centre for Historical Studies of Ponferrada. 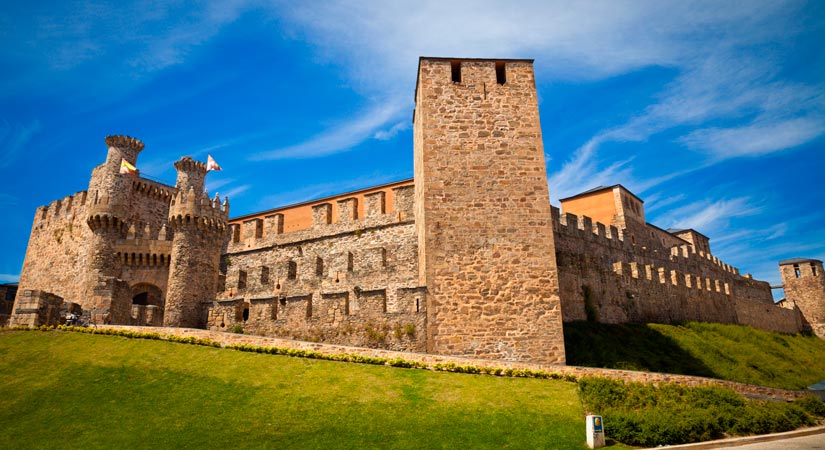 As always, from Fascinating Spain, we want to remember the importance of respecting and preserving these spaces rich in history so that they can continue to show us the past ages.