The Royal Gentlemen’s Association of Santa María puts on the Hispanic Festival every year in Guadalupe.

On October 12th, 1928, King Alfonso XIII crowned the Virgin of Guadalupe (patron saint of Extremadura) the Queen of Hispanidad (“Spanish-ness”). Since then, the crown on the statue of the Virgin has read, “Sancta María de Guadalupe, gratia plena, Mater Dei, Hispaniarum Regina, ora pro nobis peccatoribus.” The Hispanic Festival is celebrated every year in Guadalupe to commemorate the “coronation” with a series of events culminating in a great cavalcade, the biggest one in Extremadura. The festival was declared a Festival of Regional Touristic Interest, but that doesn’t mean that it isn’t of interest to people from other parts of Spain as well.

The Royal Gentlemen’s Association of Santa María is responsible for putting on the Hispanic Festival every year on October 12th. The ceremonies begin in the morning with the distribution of medals and a reception of new members of the association. Then the gentlemen travel in a procession to the basilica where a mass is held in honor of the Virgin of Guadalupe. Other events take place throughout the day, including the Guadalupe–Hispanidad Awards, the Jornadas de la Hispanidad (which recognize towns, events, or people from the Hispanic world who have made contributions to that community), and the Hispanidad Concert, usually performed by the Extremadura Orchestra.

However, the most highly-anticipated moment of the day takes place at 5:00pm in front of the entrance of Our Lady of Guadalupe Monastery. An offering of flowers is made to the Virgin and then the cavalcade is received in the center of town, made up of hundreds of equestrians from different parts of Spain. There are several routes that converge in Guadalupe, and many of the members of the cavalcade travel for hours or even days to appear before the statue of the Virgin of Guadalupe on October 12th. The ceremony has a strong symbolic meaning and this in itself constitutes the essence of the festival. For hours, the sound of hundreds of horses’ hooves breaks the silence in the plaza as the town of Guadalupe receives one of Spain’s most remarkable pilgrimages. The Hispanic Festival in Guadalupe is one of the most up-and-coming events in Extremadura.

Fiesta de la Hispanidad
It may interest you... 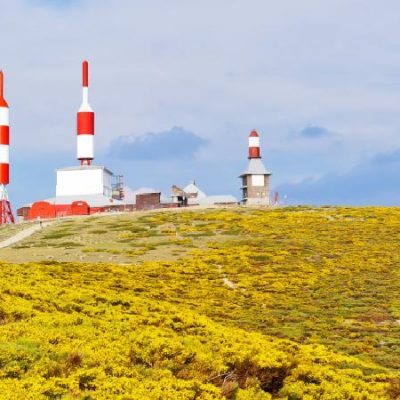 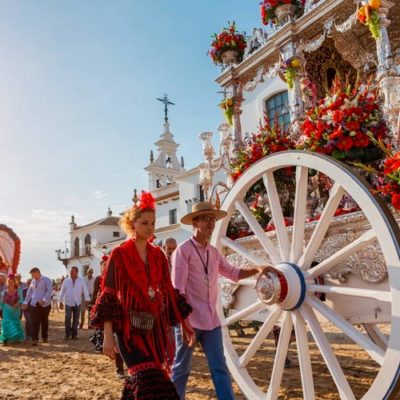 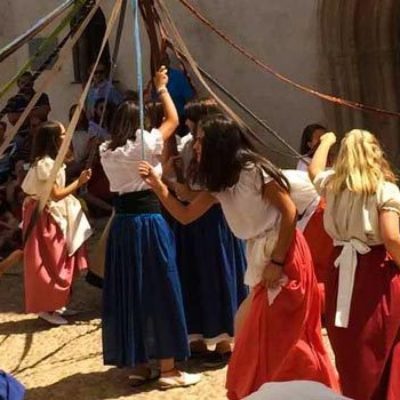