In the beginning of the third decade of the eighteenth century a wise man called Father Feijoo told the story of the fish man of Liérganes; it seems he heard it from several of his acquaintances to whom he attributed great credibility. The truth is that, as he acknowledged himself, the story of the fish man of Liérganes has a contradictory aspect of skepticism and rationalism that this bright man always showed. Unlike previous writings, Feijoo struggled to defend the veracity of the matter that the fish man of Liérganes could be a half human and half amphibian creature that had completely adapted to the marine environment. The story of Feijoo would catch Doctor Gregorio Marañón´s attention two centuries later, offering a more scientific explanation.

Feijoo wrote that in the village of Liérganes, not far from the city ​​of Santander, lived a humble family formed by Francisco de la Vega, Maria del Casar and their four children. When the husband died and the widow was in charge of the children, she managed to place the second son-also called Francisco-as apprentice carpenter in Bilbao. According to what Doña María was told by the workers, on June 20, 1674, young Francisco went swimming in the estuary of Bilbao, moving away from his co-workers until they completely lost sight of him. But since they knew Francisco was an excellent swimmer they did not worry; only when the whole day passed and he did not appear, they thought he drowned.

Five years later, fishermen fishing in the bay of Cádiz spotted a strange creature which looked like a human being that kept appearing and disappearing from the surface. After observing the creature for several days without being able to catch it, they finally managed it by using a bait and several nets. It turned out to be a young, corpulent man with a pale complexion and red, sparse hair; his nails were also corroded by saltpeter. The most eye-catching thing about his physique was some kind of scales that covered part of his chest and backbone.

The fishermen took the young man to Cadiz to the convent of San Francisco, delivering him to the monks. They spoke to him in various languages ​​until they got him to utter the word “lierganes.” The news of the appearance of such a strange man and that he could only pronounce a word quickly spread among the people of Cadiz. The friars finally discovered that Liérganes was a small town in Cantabria. It so happened that the secretary of the local tribunal of the Inquisition in Cádiz was originally from there, so he could write to an acquaintance in Liérganes to ask if they were missing someone. They replied that nothing remarkable had happened there, except for the drowning of young Francisco in Bilbao, five years ago. In order to make sure it wasn’t the same person, Franciscan friar Juan Rosendo took the strange young man to the vicinity of Liérganes; and a few kilometers away from the village he told him to go ahead. He started walking without hesitation towards the house of Maria del Casar; the woman and two of her children recognized him immediately; he was the missing Francisco.

The young man stayed with his family, but without getting to communicate with them. He was only able to say a few words: “bread”, “tobacco”, “wine”, but without relating them to his needs. Francisco never managed to have regular habits; he could go four or five days without eating and then eat avidly a lot at once. Francisco de la Vega neither got used to wearing clothes or shoes; he walked naked and barefoot. It is said that nine years after, he disappeared while swimming in the sea and nobody heard more about him.

Dr. Marañón studied Feijoo’s text about the fish man of Liérganes estimating that Francisco must have suffered cretinism, a common disease in mountain areas. Characteristic symptoms are less mental and physical growth, hair loss, deformations in the physiognomy of the person as lumps in the chest and back area. The scaly-looking skin of the fish man of Liérganes could have been due to ichthyosis – a very common genetic disease that causes the skin to become extremely dry and resemble fish scales; while the bitten nails are another symptom of cretinism. Therefore, Dr. Marañón said that Francisco must have been an acute case of cretinism and that it would be impossible for him to have swum from Bilbao to Cádiz. He must have wandered from one place to another until he reached Cádiz. According to the famous doctor´s opinion, the fact that the fish man of Liérganes disappeared and appeared swimming was a coincidence.

Coincidence, but not at all. Curiously, the lack of natural iodine in the body is a key factor of cretinism; in fact, the supply of iodine is an effective means to deal with the disease when the baby has not yet suffered the damage caused to the body by the environment. Moreover, the iodine is very abundant in marine algae and in shellfish that they eat.

Possibly Francisco must have been a heavy burden for his family and co-workers in Bilbao, which is why his disappearance was a relief for all. They could had even deliberately gotten rid of such an unproductive servant in Bilbao without the poor widow having to answer uncomfortable questions.

They could have offered some money to any unscrupulous person to take him as a servant, ordering him to bring “tobacco”, “bread” and “wine”, the only words that Francisco would repeat when he returned. It is also possible that by reaching Cádiz, young Francisco started searching among the bay’s estuaries, abundant in nutrients, algae, seafood and fish. He probably ended living there and surviving from what he was catching. As a consequence he was receiving large amounts of iodine (although too late in its physical evolution to reverse the damage already produced in its organism). For a “creature” like the fish man of Liérganes nothing better than the warmness of the bay of Cádiz. It was a pity that he was caught by the charitable fishermen and ended up to the cold mountain of Cantabria. This made the fish man of Liérganes an additional economic burden and an embarrassment to his family. Who knows if they intentionally made him “disappear” again in the sea… 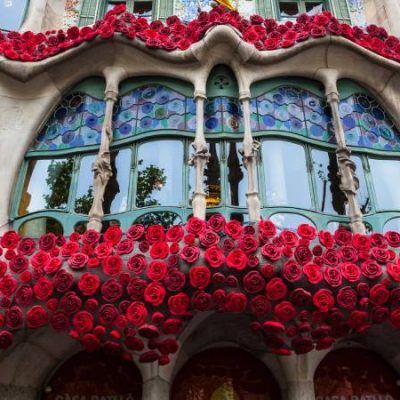