The mystery surrounding Ende is total, starting with her very name. All that has transpired about her is a signature attesting to a great work done at the end of the 10th century. But even that signature is not free of uncertainty. There are those who, in that space given to her to leave her final mark, read “En“, not “Ende“. Not Ende. “En“. A separation that if it were millimetric and a doubt related to the precise use of Latin explain this impossibility of reaching a unanimous agreement.

What emerges from this dispute is no more relevant than her name, but it is equally important. So unknown is this woman that she cannot even be named with the certainty that she is doing it correctly. But there is certainty, unanimity, on one point: she was extraordinary at her job. This is what has made her story eternal.

True to her ideas in the middle ages 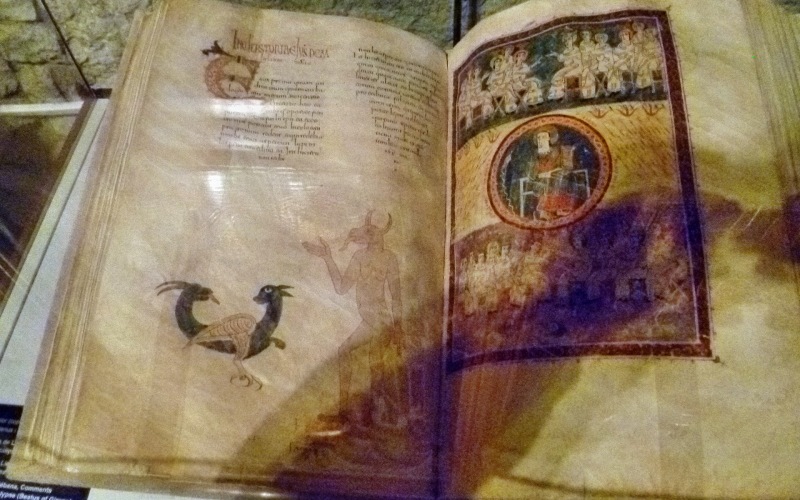 Beatus of Gerona, made in the monastery of Tábara | Wikipedia

Ende, or En, spent part of her life in the monastery of Tábara, in present-day Zamora, once called the Kingdom of León. The mystery that tarnishes her figure, which begins with her name and is lost over the centuries, prevents her from playing a definitive role in the life of this place. A small, secluded place that was nevertheless full of the same life that Ende captured in her work. It was a double, mixed monastery, like so many others from the Visigothic and Mozarabic periods on the peninsula. A monastic tradition that was already dying when our illuminating protagonist lived.

Surrounded by six hundred companions, men and women who came and went, Ende could have devoted her life to prayer and the work of a religious woman. She was indeed a religious woman, involved in the activity of this centre, which became one of the most important in the Christian Iberian Peninsula. However, it does not seem that she devoted her life to the faith. At least not completely. Although it is not difficult to imagine her life in a cloister, under the immense sky of broad Castile, it is not precisely the silence of this anonymous face that has stood the test of time.

The studies of John Williams, one of the great eminences when it comes to the Middle Ages, point to a possibility that fits better with the unmistakable trace of her activity, and that diverts the path of that silent cloister. Ende may in fact have belonged to that group of noblewomen from León who during those years rejected both monastic life and married life. They managed their own fortunes and decided, in a certain sense, on a path of their own. 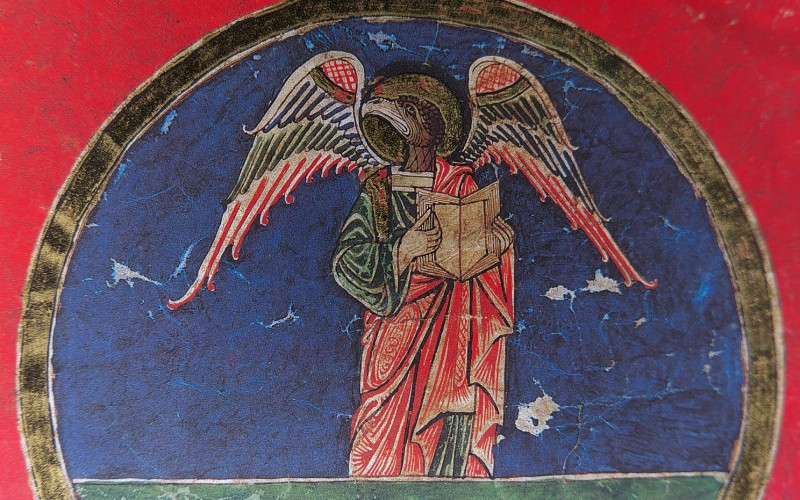 Illustration of the Beatus of Gerona | Wikipedia

Ende’s experience in the monastery of Tábara brought her closer to the religion she professed, but what can be inferred from the legacy she left behind is that it brought her closer, above all, to the great cultural movement of the time. The fact is that the Tábara workshops produced some of the most highly valued codices of the Spanish Middle Ages. The whole Tera-Esla basin, in fact, was a cultural beacon. Ende, it seems from what is known about her, felt very much at home here. Among the characteristic copyists of the time, embracing that will to preserve sacred texts and eternal images, working for her faith and also for herself. If only a little.

That cultural movement feels different from the one that exists today, but the essence is similar. Literature and art had a place in the monasteries, for everyone. With all this, it can be assumed that Ende had intellectual concerns. She also had a well-established education and a cultured character which she took advantage of to fulfil herself professionally, encouraged by those around her. An image associated with a monk, but not so much with a noblewoman or a nun.

Giving light to the Dark Ages, that was Ende’s mission 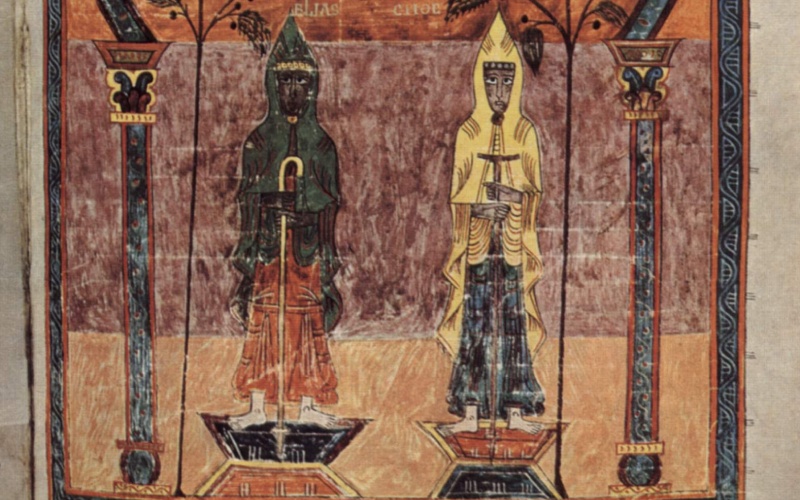 Another Illustration of the Beatus of Gerona | shutterstock

Without such outside support, Ende could not have become the first female illustrator, or at least the first female illustrator we know of in European history. It is a little more complex than this reduction, but what is understood today by the work of illustration can be extrapolated to this tenth century. This explains the activity that this woman carried out, whether she was a religious or a noblewoman. Her origins are not known, nor is the date of her death. It is not possible to put a face to this artist, nor is there even agreement on her name, but the value of her work has been transcended.

Perhaps we can compare Ende as the Banksy of the Middle Ages, but the truth is that her profile had to be radically opposite. One cannot complete this picture unless one’s imagination leads one to think of Ende as a well-known woman among her fellow monks in that monastery. Respected and admired and important. The trust placed in her person must have been total. Otherwise, she would not have been chosen to illuminate the well-known Beatus of Gerona, preserved today in the Cathedral of Santa Maria de Gerona. One of the “most richly decorated” codices, according to the aforementioned John Williams, preserved from this period in Spain. 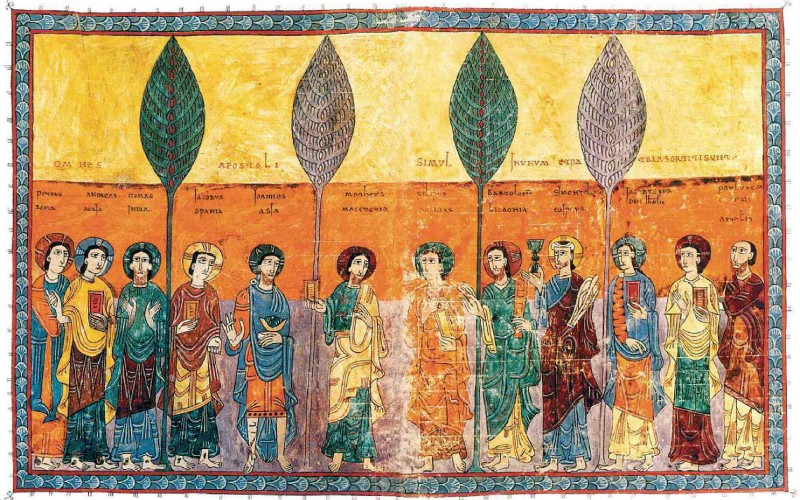 Miniature of the Beatus of Gerona. | wikimedia

Ende was the principal illuminator of this Beatus, the work of Abbot Dominicus, a copy of the Commentary on the Book of Revelation of St John by Beatus of Liébana in the 8th century. For those unfamiliar with the terms, the job of the illuminators, de Ende, was to illustrate the writings contained in the codices. Those immense heavy volumes made so popular by fiction such as The Name of the Rose take on the same weight here. However, they are filled with the colours that are normally absent in the productions that obscure the Middle Ages.

In the case of the Beatus of Gerona, we highlight the colours that are spread over 284 plates with more than 100 illustrations. The forms are the fruit of Ende’s imagination, individualised characters, geometric figures, reds, greens, blues and a great deal of talent that fortunately managed to speak for the artist. Because Ende deserves this adjective as she was an artist, a woman with her own ideas, as that is what she demonstrates with her work. A woman who has the courage to carry them out. In an environment conducive to her raising her eyes to the immense sky that guarded the tranquillity of the monastery of Tábara and breathing in art, literature, her faith, the ways she found to express herself and also silence. All at the same time. 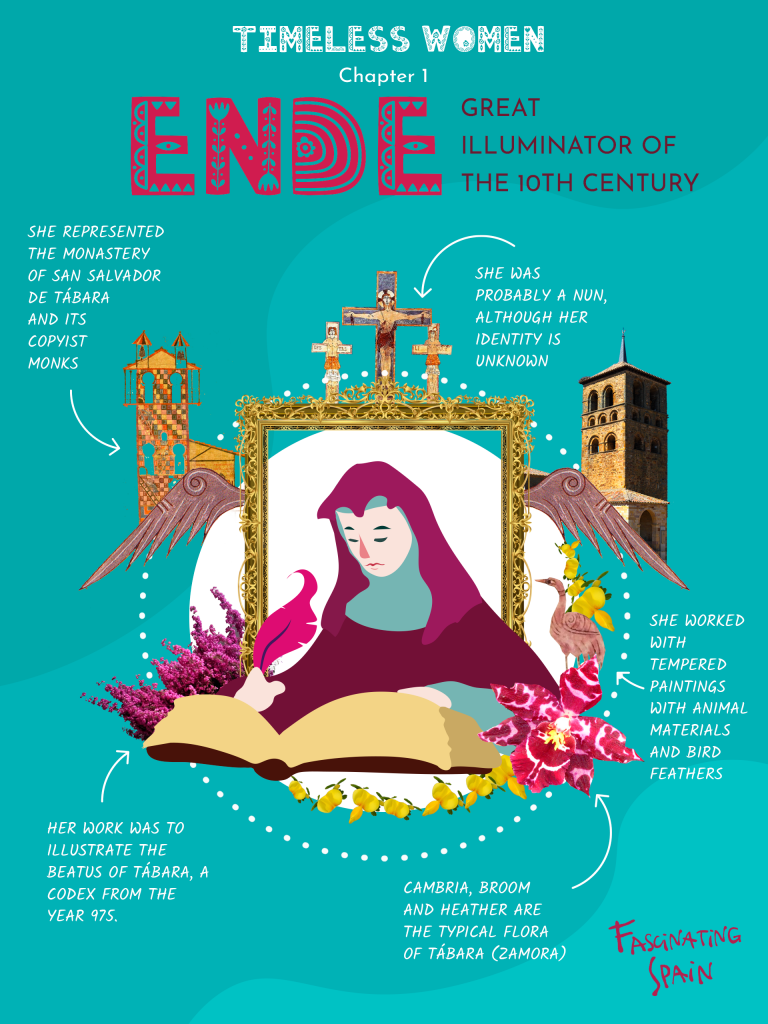 Painter, pioneer and servant of God

On her signature, on her name. In this Beatus of Gerona, the following can be read: “Ende pintrix et d(e)i aiutrix”. Ende, painter and servant of God. Or, perhaps, “En depintrix et d(e)i aiutrix”. En painter said in a less usual way and servant of God. In any case, the common elements are clear. Ende or En, at the feet of God, but above all, painter. The first documented woman in the history of Europe, such a situation deserves to be remembered.