In the marshes of the Bajo Guadalquivir, herds of mesteño horses run free through its desolate landscapes. These lands, submerged under water for part of the year and scorched by the sun in the long summer months, share the space with a few madmen who still dedicate themselves to an ancestral activity in the region: cattle raising. The elements of the American Wild West are thus concentrated in this enclave, whose culmination takes place with the celebration of the annual rodeo known as the Saca de las Yeguas. But, is the origin of the cowboys really North American?

The Spanish origin of the cowboy horses: a fruitful switch 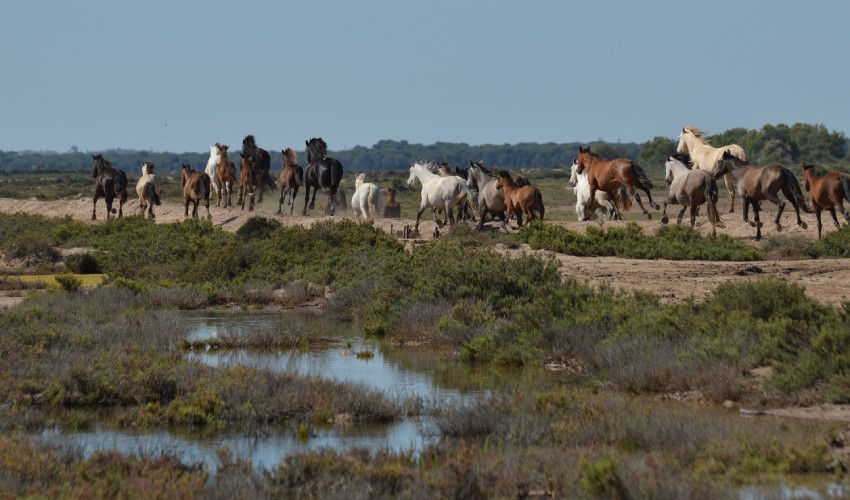 Wild horses in the Guadalquivir marshes, the true origin of cowboys | Shutterstock

10,000 years ago, prehistoric horses became extinct on the American continent. Thus, it was not until the year 1493 when their history began again in the then newly discovered continent. Christopher Columbus was about to embark on his second voyage to America with the intention of conquering it. The Catholic Monarchs, before the expedition departed, signed a document ordering the shipment of at least 12 horses and mares along with the ships.

In principle, they were to be splendid Hispano-Arabian specimens, but the Sevillian traders exchanged the superb stallions for simple pencos, that is, skinny and ungainly horses, at the last moment. However, the historian Borja Cardelús affirms that the exchange really took place for specimens from the Marismas del Guadalquivir, known as mesteño or retuerta horses. This species, accustomed to the hard lands of the marshes, is resistant to long journeys, robust for work and easy to ride. Thus, when the boats reached land, the horse returned to the Americas. The seed that gave rise to the cowboys was already planted.

Meanwhile, in the marshes of Doñana, cattle breeding had been common since ancient times, with unique species such as the so-called marismeñas or mostrencas cows, which were also exported to the so-called new world. Likewise, according to anthropologists Juan Carlos González and Michael D. Murphy, for years, the marshes were the “destination of working cattle from Seville and transhumant herds from the center and north of the Peninsula”. In the region, rodeos were practiced, spurs were used, wide-brimmed hats were worn… The gauchos of the Pampas, the llaneros of Venezuela and Colombia and the American cowboys only inherited this way of life, but they did not conceive it.

The origin of the cowboys 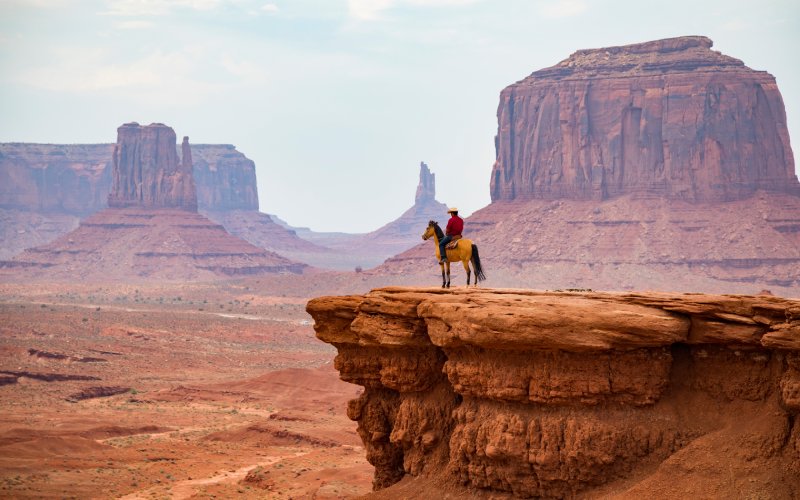 In what was then called New Spain, which today is equivalent to the southwestern United States, the climate was dry and grass was scarce. Ranchers had to travel great distances to find enclaves in which to feed their animals. To make the journey shorter and less tiring, the ranchers began to use horses, as the Spaniards had been doing, which had been spreading throughout the continent. Thus the figure of the cowboy was born in this part of the planet, imitating the cowboys of the Marismas and their equestrian handling. On the other hand, the horses that escaped or were abandoned on the continent gave rise to the famous mustangs, wild and untamed stallions. As time went by, the successive migratory waves of European settlers also introduced new species of horses.

The figure of the cowboy became more famous in the second half of the 19th century. The demand for meat had increased and the development of the railroad made it possible to transport cattle on trains. Thus, the cattle routes that went from Texas and Chihuahua to the north of the United States emerged. The originally Spanish tradition spread like wildfire throughout the continent and the North American country, spurred on by the Hollywood industry, made the image of the cowboy its own. The legend of the Wild West was born. 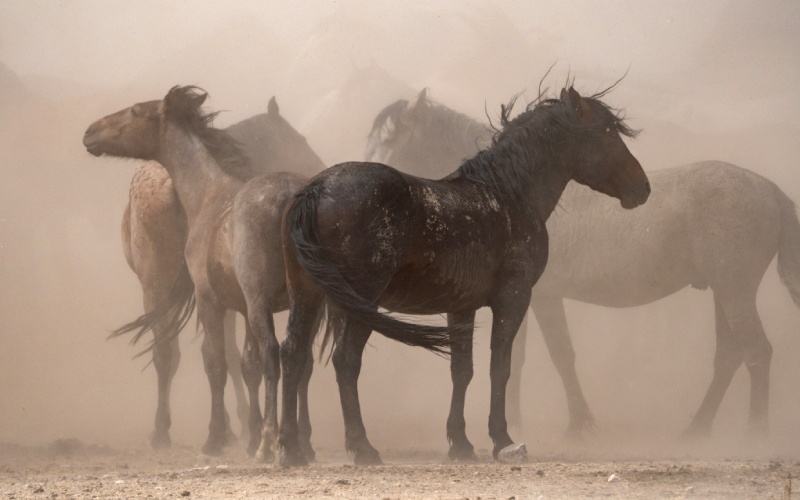 In the United States, the Great Plains Indians lived by hunting and farming. Vast herds of bison roamed those lands. In order to hunt them, these people moved twice a year, at the beginning of summer and after autumn. The adoption of the horse for these tasks made life easier for the inhabitants.

Initially, according to Spanish law, horseback riding was forbidden to Native Americans. However, the story goes that the natives rebelled against the rule, while in some cases it was the invaders who decided to break their own rule because they had no one to take care of their animals. In this way, the natives also became skilled horsemen and the new discovery spread through the different tribes.

The Saca de las Mares in the marshes: a modern rodeo 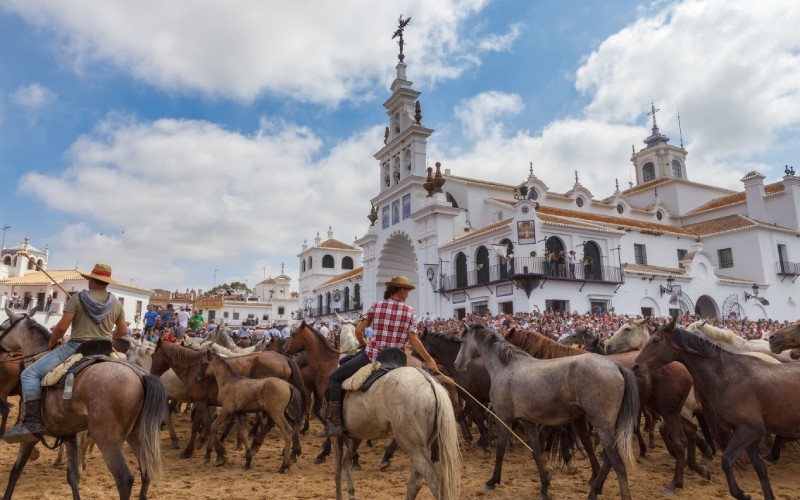 The Andalusian event of the Sacas de la Yegua in the village of El Rocio. | Shutterstock

The Saca de las Yeguas is a livestock event whose origin dates back to before the year 1504, when it was formalized. Since then the tradition has been celebrated every June 26, being one of the most important historical-cultural events of Doñana. The purpose of the event is to move the so-called marismeñas mares, which live in freedom, from the marshes to the town of Almonte. There, an agricultural and livestock fair takes place in which this animal is sold and bought.

The event consists of several phases. First, the yegüerizos gather in the houses of the village of El Rocío in a festive atmosphere. There, preparations for the saca begin. Then, on the night of June 25, the yegüerizos and riders ride their horses into the Doñana Park to spend the night in the marshes. When dawn breaks, the modern cowboys surround the wild horses that populate these lands and, in droves, head for El Rocío. There, a priest blesses beasts and riders, who continue their journey until they reach Almonte, where the final phase takes place: the horses are grouped in corrals, where the fair begins. Days later, the mares are taken back to the marshes, where they will wait in freedom until June of the following year.

Andalusia, CULTURE, el rocío, history, horses
It may interest you...