Less than an hour from Valencia are the municipalities of Chelva and Calles, along which runs the Chelva Water Route. In addition, it is considered one of the most recommended hiking routes in the Valencian Community for everything that can be seen, in terms of culture and nature.

As its name suggests, the main protagonist of the Water Route is water, although it is not the only one. It is a quiet walk along the river of Chelva that goes through several springs and fountains. It lasts about three or four hours with a distance of about 11 kilometers. This will depend on the pace at which it is done and the time spent taking breaks.

Its difficulty is low, so it is ideal to do it with children or for people who are not used to do sport. The route is circular, that is, it ends in the same place where it starts, either from the town of Chelva, one of the most beautiful villages of Valencia, or from Calles. In addition, it should be mentioned that the route guided at all times by signs and information panels.

The route begins in Chelva, a village full of history and beauty 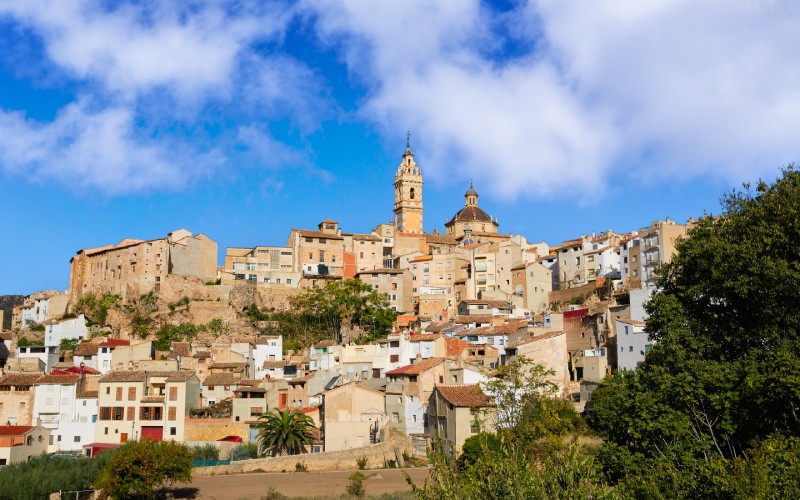 The Water Route of Chelva starts by the Arab Quarter of Benacacira in the village. There you can see the Muslim medina, which is an old neighborhood of Arab origin. In this case, its urban layout remains fully intact, which is quite extraordinary, and is characterized for being full of alleys and white houses. Another of its attractions is the Hermitage of la Soledad, which is built on what was the first mosque of Chelva. 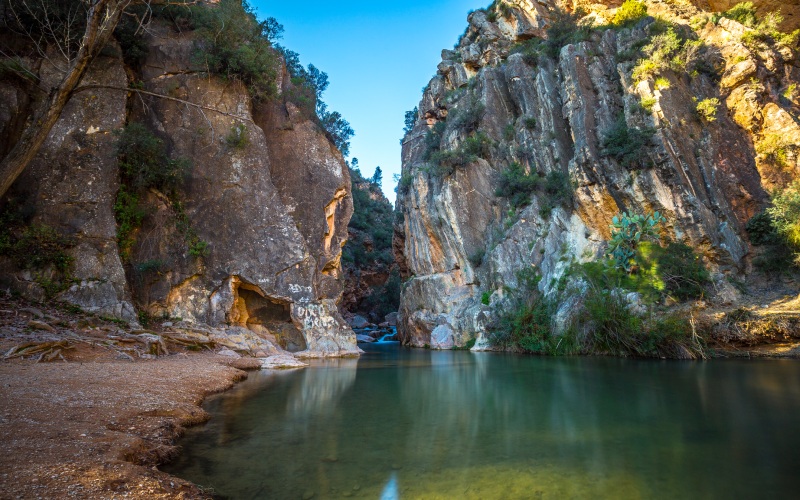 Some of the natural pools to refresh yourself while doing this route. | Shutterstock

Once you leave the town behind to enter the road next to the river Tuéjar, also known as the river of Chelva, the route begins along it. As for the vegetation, you can contemplate the typical vegetation of a riverbank.

The Water Route of Chelva is full of gifts

The path of the Chelva Water Route is full of surprises, because, in addition to nature, you can see the remains of old flour and fulling mills of Arab origin. However, one of the places most enjoyed by hikers is La Playeta, named after the sand that accumulates on the shore. It is one of the most charming bathing areas in Valencia, ideal for summer days. 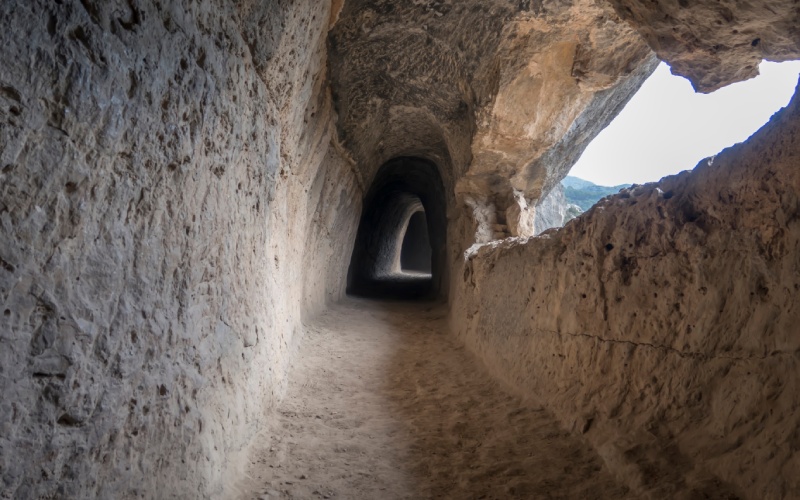 On the other hand, another of the most striking places is the Olinches tunnel, which is carved into the rock of the mountain and is no more and no less than 107 meters long. It is recommended to carry at least one flashlight to cross this section and be careful to the ceiling so as not to hit your head.  Afterwards, you will arrive at the Fábrica de la Luz, which is a place with a lot of history, since Chelva was the first town in the Serranía region to have electricity thanks to hydraulic energy.

Also, the Chelva Water Route has several rest areas where you can eat or enjoy the spectacular scenery. One of these areas is the Molino Puerto recreational area, which is the remains of an old mill from medieval times. It has a picnic area, a children’s play area, and a kiosk. Next is the Fuente del Cuco, a perfect place to cool off before facing the last part of the route. 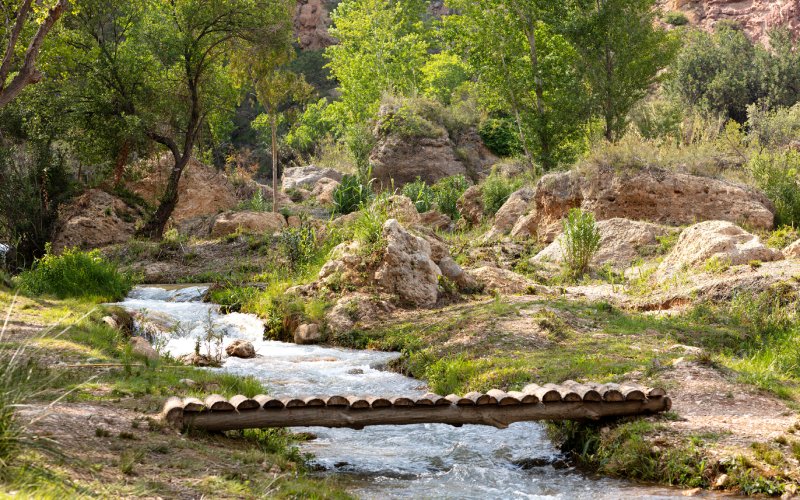 One of the most important Roman aqueducts of the peninsula

Outside of the Chelva Water Route, but close to La Fábrica de la Luz, are the Montecico Caves. From there you get a spectacular view of Chelva, the Pico del Remedio and the limestone formations on the river terraces. In addition, as a curiosity, it is believed that at some point in Arab times they were inhabited.

The route also goes through several tunnels and viewpoints that allow hikers to enjoy spectacular views from the heights. Towards the end, near Calles, you can see the Roman Aqueduct of Peña Cortada, considered one of the four most important in the Iberian Peninsula. 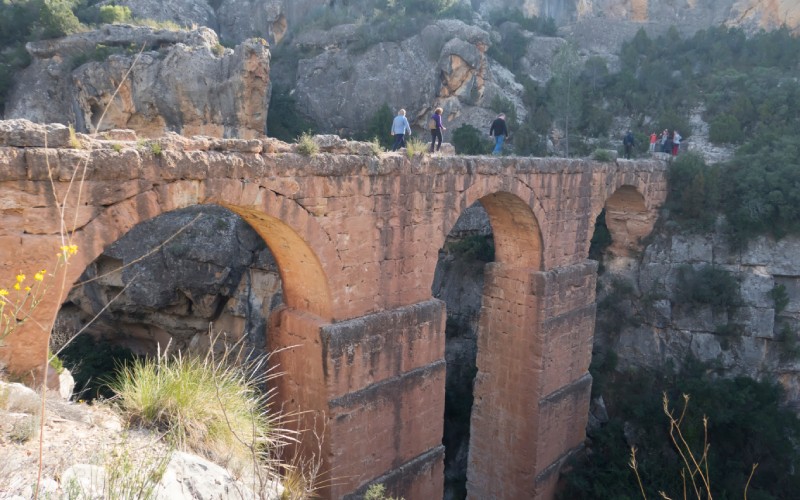 As it is a circular route, it can be done from Calles, being the route the other way around. Other routes that can be done in the surroundings of Chelva are the Ruta de las Tres Culturas, the Ruta de los Lavaderos, La Mozaira, Peña Cortada, El Remedio or Los Chorros del Barchel. A beautiful route of the Mediterranean.

As recommendations, although it is a not a difficult route, it is advisable to wear comfortable clothes and footwear, water and food. It is also advisable to bring sunscreen if the route is done in the hottest months. In short, the Water Route of Chelva is perfect for families or groups of friends while enjoying the scenery and taking some breaks to eat or refresh yourself.