Navarre is a region full of fascinating villages, some of which are among the most beautiful in Spain. In a getaway through the region, a visit to some of these most representative places is a must, to fall in love with them! 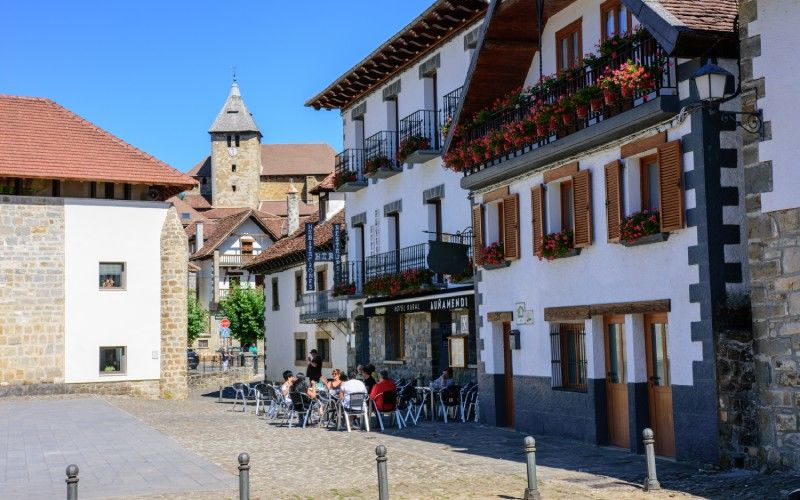 Located in the Salazar Valley and next to the Irati Forest, Ochagavía is a small village with a spectacular natural environment. In fact, the combination between its architecture and the nature that surrounds it is what makes it such a charming village. As for places of interest, its Stone Bridge over the river Anduña stands out. The medieval palaces of Urrutia and Iriarte and the Church of San Juan Evangelista also stand out. Finally, there are several viewpoints from which to observe a beautiful panoramic view of the town in the middle of the valley. 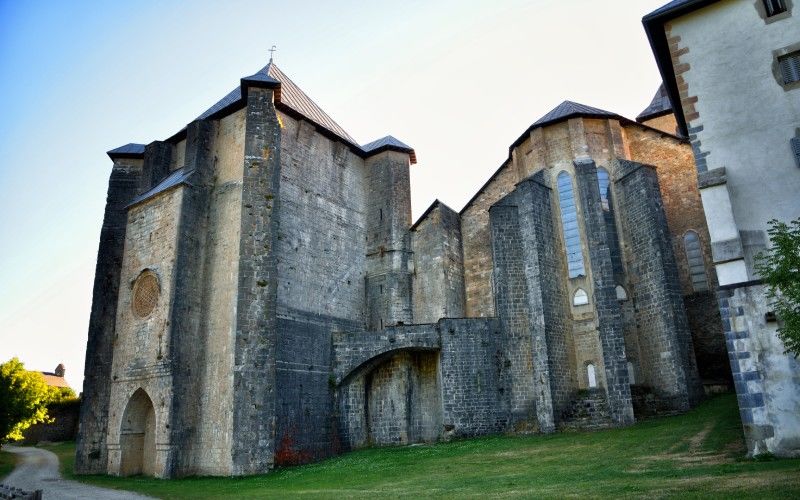 Roncesvalles is a popular stop for pilgrims on the Way to Santiago. The Collegiate Church of Santa Maria, which dates from the 17th century, was a former hospital for pilgrims. It was ordered to be built by the Navarrese King Sancho VII the Strong in French Gothic style. Among its objects of interest are the emerald of Miramamolín and a chess of Charlemagne. As for the rest of the village, the most outstanding buildings are a mill, the Casa de los Beneficiados, a hostel and the hospice. As a curiosity, although it is a very touristic town, it only has 18 inhabitants. 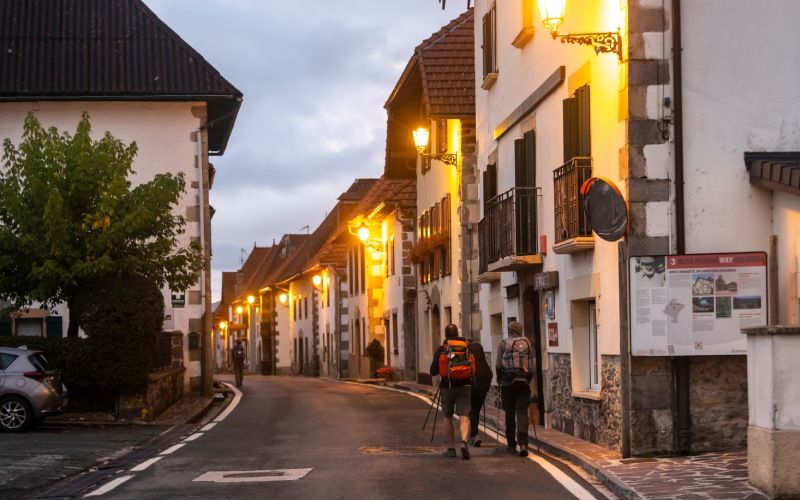 Burguete is totally immersed in the Navarre Pyrenees, to the point that the writer and journalist Ernest Hemingway said that it was ‘the most wild territory of the Pyrenees’. This town was born with the aim of giving shelter to the pilgrims of the Way to Santiago in its passage through the mountains and today its historic center is declared of Cultural Interest. If we look at its history, this is where Charlemagne’s troops were defeated in the 8th century and where centuries before the Roman legions had marched towards Hispania. Undoubtedly, this is one of the most beautiful towns in Navarre. 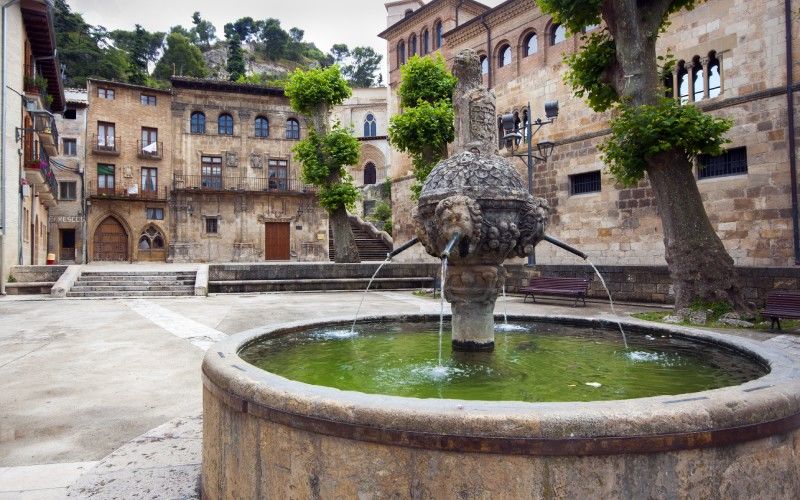 Because of its size and because it is also a passage of the Way to Santiago, Estella is one of the best known towns in Navarre. It has a large number of monuments, such as the Palace of the Kings of Navarre, the Church of San Pedro de la Rua, the Museum of Carlism or the Church of the Holy Sepulchre. If you have more time, you can also visit the Puente de la Cárcel, the Church of San Miguel, the Convent of Santo Domingo or the Castle of Zalatambor. It is best to spend at least a full day in Estella to enjoy all its wonders. 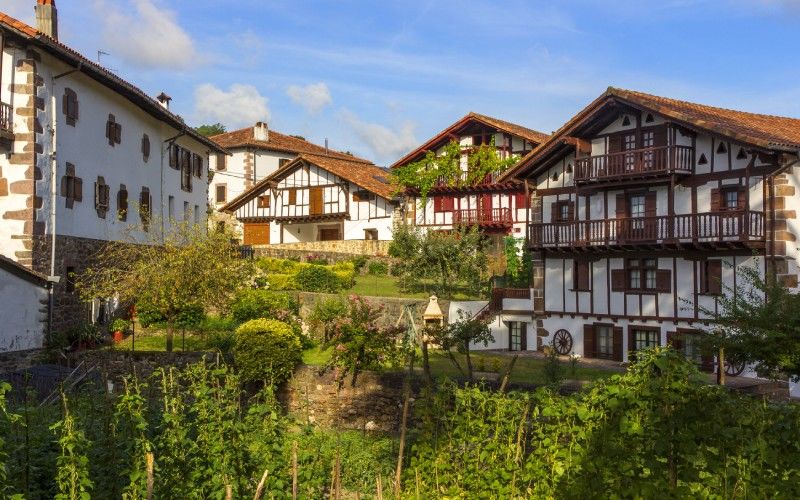 Etxalar is one of those villages that seem to be taken out of a fairy tale. In fact, it is National Tourism Award for its popular architecture and its great state of preservation. The Church of Nuestra Señora de la Asunción and the Hermitage of Santa Cruz de Etxalar are its main religious buildings. In its Main Square, the large pelota court, where the pelotaris play pelota, is a striking feature. In Etxalar you can also see the Casa de Iñarreta, the Crucero de Iñarreta, the mills and the Algarata Bridge. 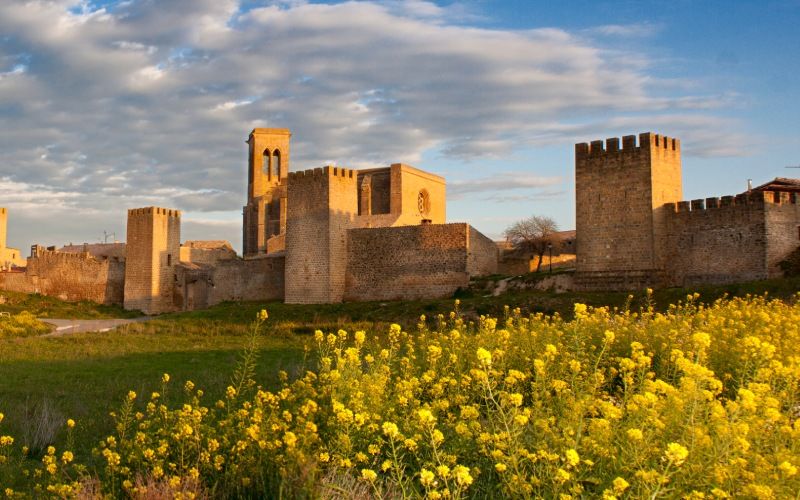 Artajona is an easily accessible village, as it is only 30 kilometers from Pamplona. There you can find El Cerco, which is a fortress from the 11th century. It has a double wall and had up to fourteen towers, nine of which are still preserved today. Also worth a visit is the church-fortress of San Saturnino, with the particularity that it has a roof called Lomo de Dragón. It collects every last drop of rain that is stored in a cistern under the church. 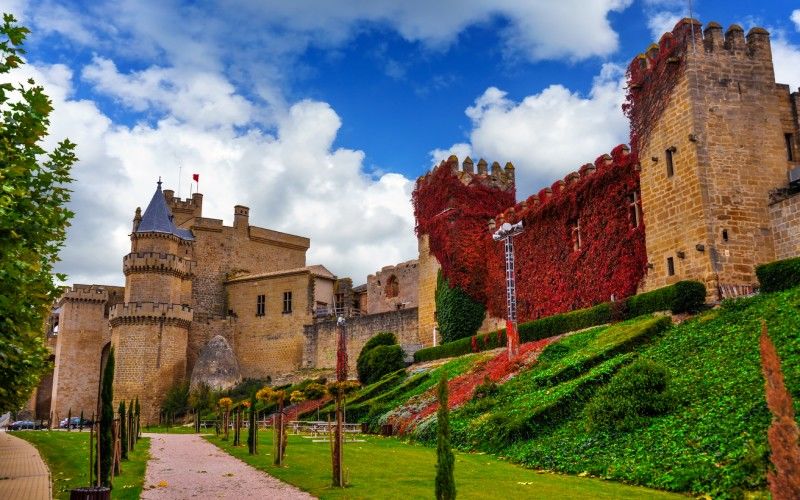 If someone travels through Navarre and only has one day available, a great option is to go to Olite. It is a medieval village whose star monument is the Royal Palace, which looks like a castle because of its walls and towers and was the residence of the Kings of Navarre. It was built by King Carlos III in the 15th century and can be visited inside. Other places of interest in Olite are the Plaza de Carlos III el Noble, the Church of Santa Maria, the Clock Tower, the Church of San Pedro or the gardens of the palace, from where you can take spectacular photos. 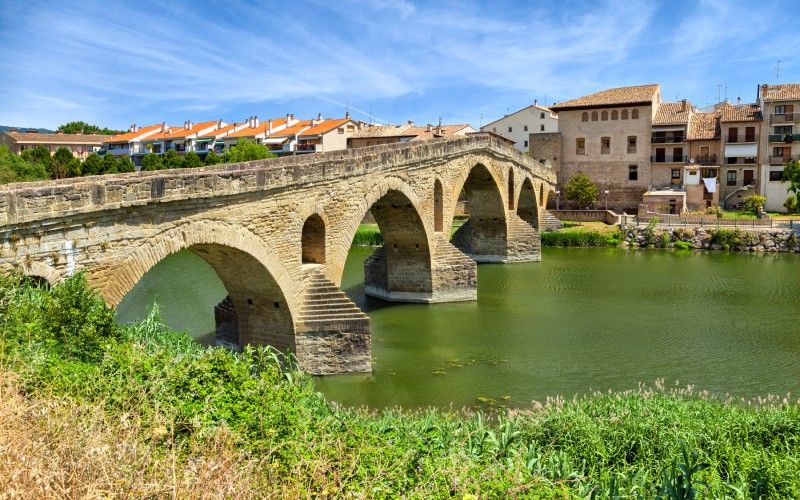 As its name suggests, one of the architectural jewels of Puente la Reina is its 11th century Romanesque bridge, one of the most popular images of this Navarrese town. It is also a town with a long tradition of pilgrims on their way to Santiago de Compostela. It should be noted that for the size it has, it is a town with numerous churches, such as the Church of Santiago, the Church of the Crucifix and the Church of San Pedro Apostle. Another point that no one should miss is the Pilgrim’s Monument. 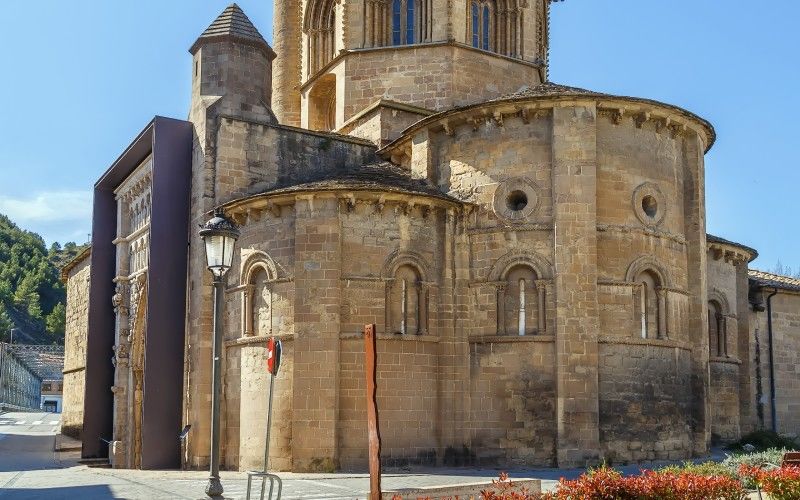 A little more than 40 kilometers from Pamplona, Sangüesa is one of the most beautiful villages in Navarre. One of its most famous monuments is the Church of Santa María la Real, which has been declared a National Monument and is of Romanesque style. Other churches are those of San Salvador and Santiago. As for palaces, those of París Íñiguez Abarca, the Sebastianes and Príncipe de Viana are the most remarkable, although there are more. Undoubtedly, a walk through Sangüesa is full of surprises that leave no one indifferent. 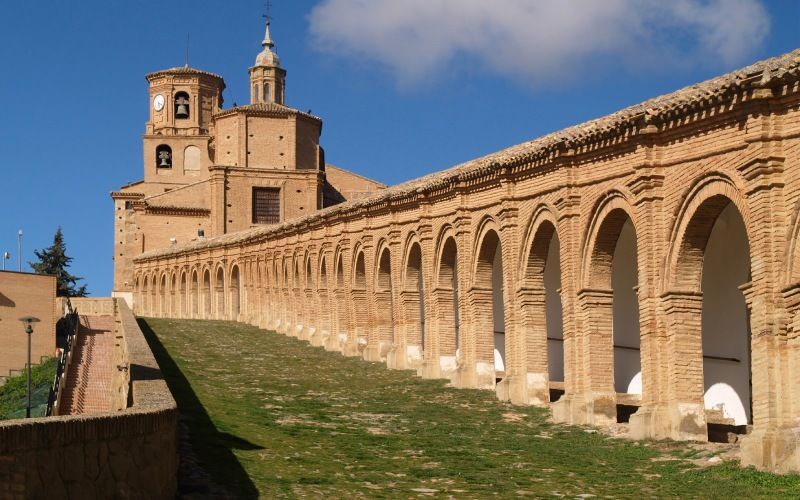 Cascante is located in such a privileged natural environment as the Bardenas Reales Natural Park. The Basilica of Nuestra Señora del Romero, its main monument, was built in the 17th century. You can also visit the Ethnographic Museum of Cascante, where you can learn about the traditions and popular life of the town. Finally, if you want to see Cascante as a whole, the best thing to do is to go to the Romero Park, where there is a viewpoint with excellent views. 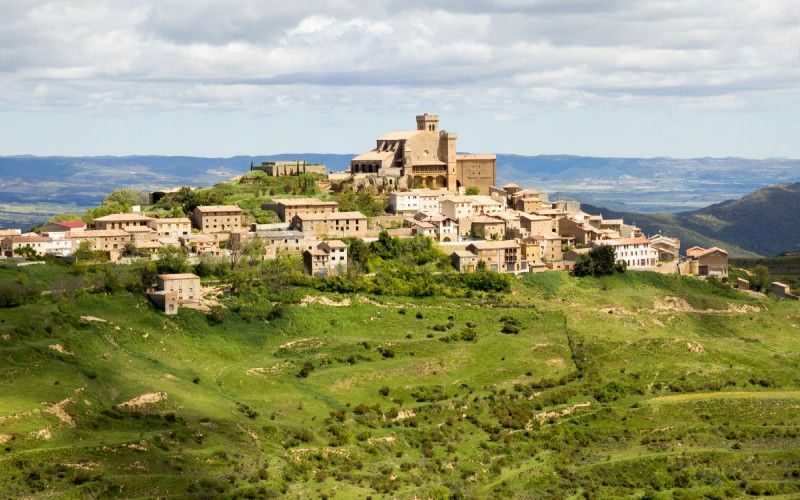 Ujué is part of the list of the most beautiful villages in Spain, and it is not surprising because of the charm of its medieval streets. The church-fortress of Santa María is its most famous monument, from where you can get an incredible panoramic view. However, also worth a visit are the Castillazo, the Palace of Carlos II, the Ermita de la Blanca and the remains of the Church of San Miguel. As a curious fact, the name of the town comes from the Basque language and means dove.

Chartered Community of Navarre, CORNERS, most beautiful villages, mountain villages, Navarre
It may interest you...