Surrounded by vineyards and on a hill some 100 metres above sea level is Briones, a medieval village considered to be one of the most beautiful in Spain. It is located in La Rioja, next to the Ebro River, and is just half an hour’s drive from Logroño. It is an obligatory stop if you are travelling in northern Spain. As a curiosity, the name Briones comes from Berones, who were the ancient inhabitants of La Rioja.

It has been declared a Historic-Artistic Site and is on the Unesco Indicative List under the heading Cultural Landscape of the vineyards and wine of La Rioja and Rioja Alavesa. It is also important to note that the village has a Tourist Office, so it is advisable to start your visit there so that you know what to see and in what order.

The Plaza de España: a faithful reflection of the history of Briones 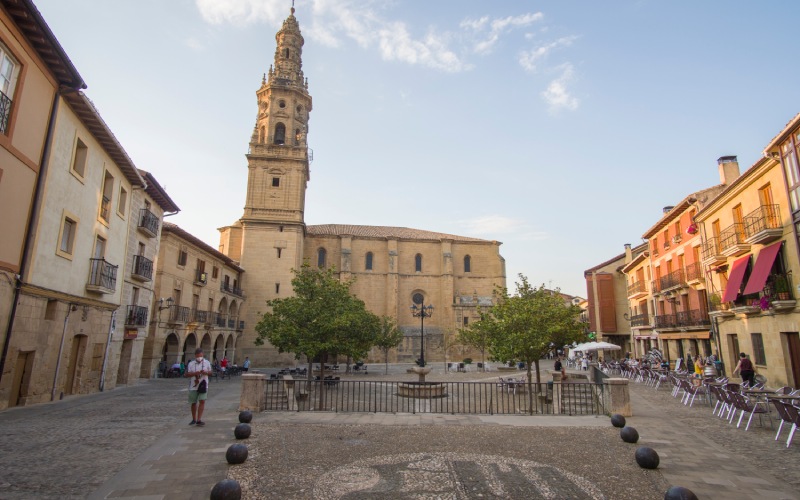 The only square in Briones, given that it is a very small village, is the Plaza de España. It is triangular in shape and is the setting for the medieval days and other village festivals. The Palacio del Marqués de San Nicolás (Palace of the Marquis of San Nicolás), which is now the Town Hall, stands out here, inside which you can see La Casa Encantada (The Enchanted House). Its façade is in the same style as the hermitage of San Juan, mentioned below. 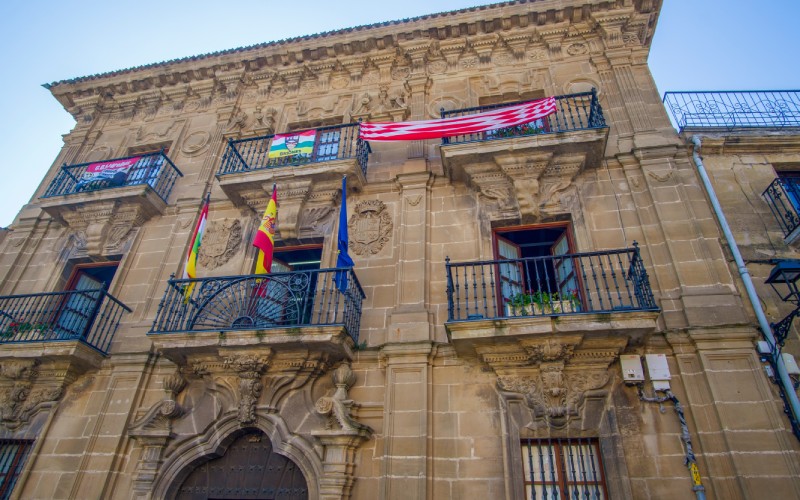 Palace of the Marquis of San Nicolás. | Shutterstock

Speaking of The Enchanted House, it is an ethnographic museum where you can see how the inhabitants of the area lived between the 18th and 20th centuries. Among the objects that can be seen are tiles, kitchen utensils, beds, washbasins, chamber pots and cradles. 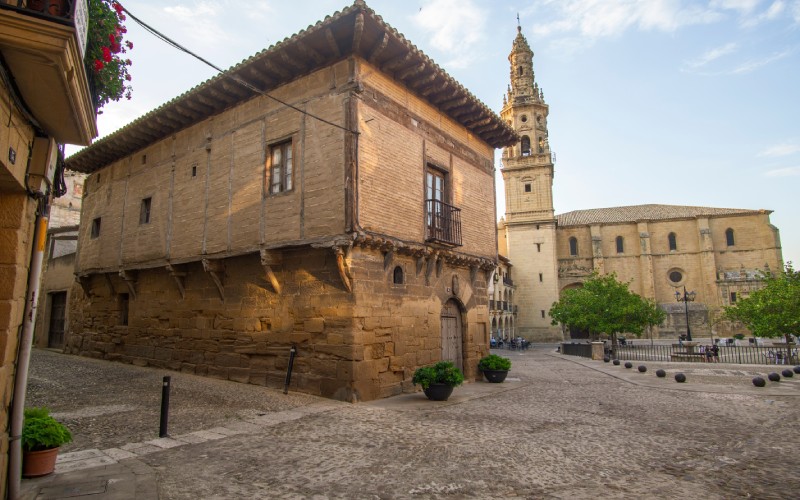 La Casona with the Church of Nuestra Señora de la Asunción behind it. | Shutterstock

In the same Plaza de España you will also find La Casona, which is considered the oldest civil house in La Rioja, dating from the 16th century. Its two storeys of ashlar and brick are impressive to look at from the outside, but its main drawback is that it is not possible to visit the inside.

The 18th-century Arches House is also located in the Plaza de España. It is notable for its semicircular arches with their corresponding arcades, which are the same despite the fact that the building’s façade is not uniform. This is a perfect place to sit on a terrace to eat or have a drink while looking at the wonders of this square.

Briones is a small village with a great church 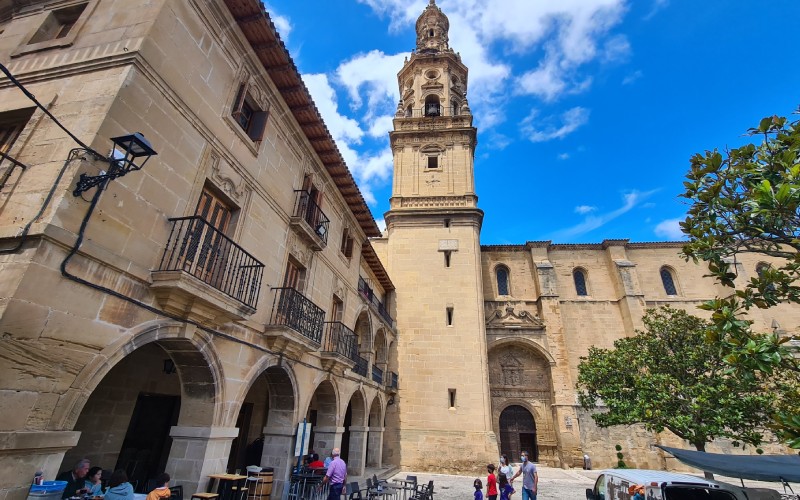 Church of Nuestra Señora de la Asunción next to the Arches House. | Shutterstock

Finally, inside this square, you will find the Church of Nuestra Señora de la Asunción, the largest religious building in Briones. This church is in Elizabethan Gothic style and has been declared an Asset of Cultural Interest. It dates from the 16th century, is built in ashlar masonry and has an outstanding bell tower in the Rioja style. 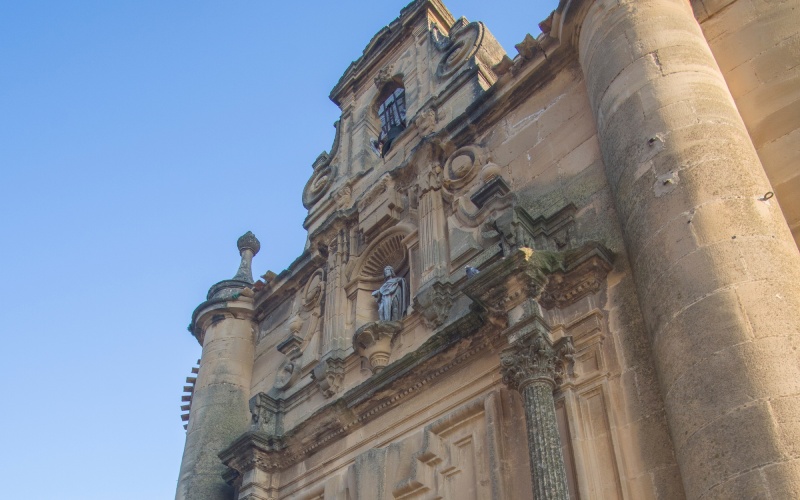 In addition to the Palace of the Marquis of San Nicolás, another interesting palace is the Palace of the Quincoces, which is located a few metres from the first one, specifically in Bergareche Street. It is believed that it was in this building that Henry II of Castile and Charles II of Navarre met to arrange the marriage of their children. Next to the Church of Nuestra Señora de la Asunción is also the Palace of the Gadea family. It dates from the 18th century and remains in a perfect state of conservation.

Another of Briones’ main attractions is the Hermitage of Cristo de los Remedios, an example of 18th-century Riojan stonework. It is circular in shape and has a sculpture of San Juan Bautista on its façade. It can also be visited on the inside, where you can see rococo style altarpieces, but it is not always open.

The corners that defended Briones from attacks 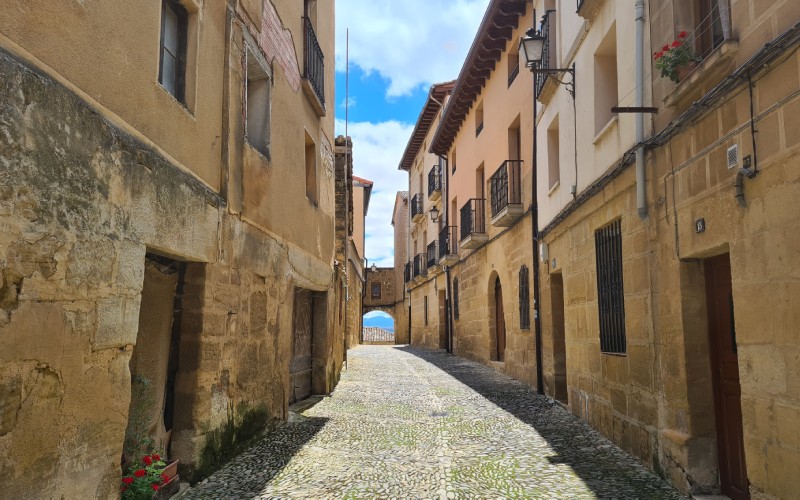 Of the six access gates to the old medieval town of Briones, only two remain. The Puerta de la Media Luna and the Puerta de la Villa, which are integrated in parts of the wall that are still standing. Passing through them, one can imagine how difficult it must have been to conquer this medieval town. These are two charming and very photographable spots.

On the other hand, the so-called Briones Castle is actually a ruined keep that can be climbed up a spiral metal staircase. It was the highest tower on the wall, so from the top you can enjoy spectacular views of the Sierra de Toloño. This tower is in ruins due to the destruction ordered by Ferdinand II of Castile and a subsequent collapse in the 1940s. Another place from which there is a very complete panoramic view is the Cercas de la Cuarentena, so called because a bishop granted 40 days of indulgence for praying to the virgins of the hermitages that could be seen from this place. 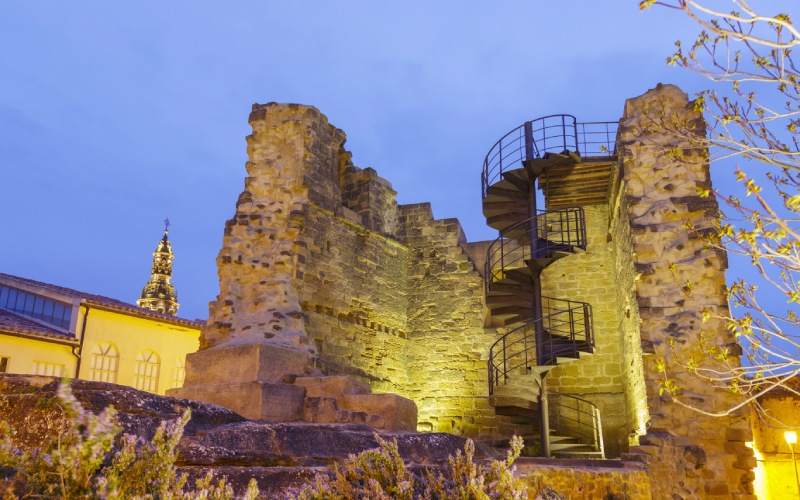 Finally, of course, you can complete your trip to Briones with a visit to one of its wineries. In a region famous worldwide for its wine, a visit to the Vivanco Museum of Wine Culture is also a must. In short, Briones is a small medieval village, but with a lot of history to tell.

churches, history, La Rioja, medieval towns, most beautiful villages
It may interest you...