The Costa da Vela is carried away by the eternity that retains the Atlantic, an ocean that by its infinite appearance came to feel like the end of the world. Fisterra is almost two hundred kilometers north of this enclave located in the Morrazo peninsula. Two hundred kilometers that are traced in that Galician coast of ungovernable forms, built at the pleasure of the sea.

Fisterra and this Costa da Vela share the Atlantic, the look at the immensity and the possibility of testing its waters. Perhaps not suitable for everyone, but always worthy of a few feet that dare with them. One gets used to the freshness and the beauty here. The Natural Area of Costa da Vela is one of the best places to discover the magic of the Atlantic.

The keys to Costa da Vela 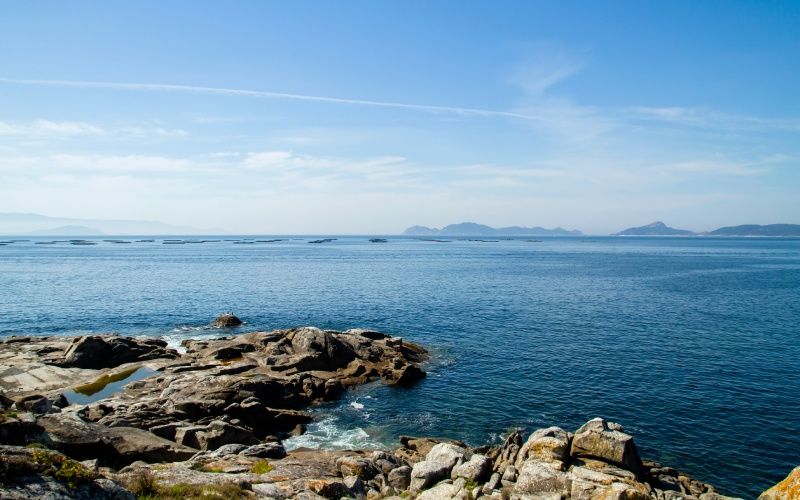 View of the Cíes Islands from the Costa da Vela. | Shutterstock

It is also hard to imagine, from what you see when you arrive, that the Costa da Vela has the beaches that you end up finding. Between the estuaries of Vigo and Pontevedra, the high cliffs known as Cabo do Home and the three lighthouses that protect the area speak of an ancient, almost sacred place. Plagued by legends related to the sea, of course, and surrounded by pine forests. And with everything, beaches. Beaches where soaking is possible. Small corners, one could almost say tiny coves, of stones and sand where the bravest will discover another way to enter the ocean. With caution, that always.

The small Milide beach welcomes the visitor with a surprise. The pine forest that surrounds it has allowed this place to remain in its virgin form, unaltered, unsullied. In front of this sandy beach, the Cíes Islands, reminding us that there are things that can never be conquered. Remembering that there are places that must always remain so. A bath in the Milide beach is a quiet bath. Almost a bath of conscience, because the cold of the Atlantic cleans and because it is impossible to forget the place where one is. 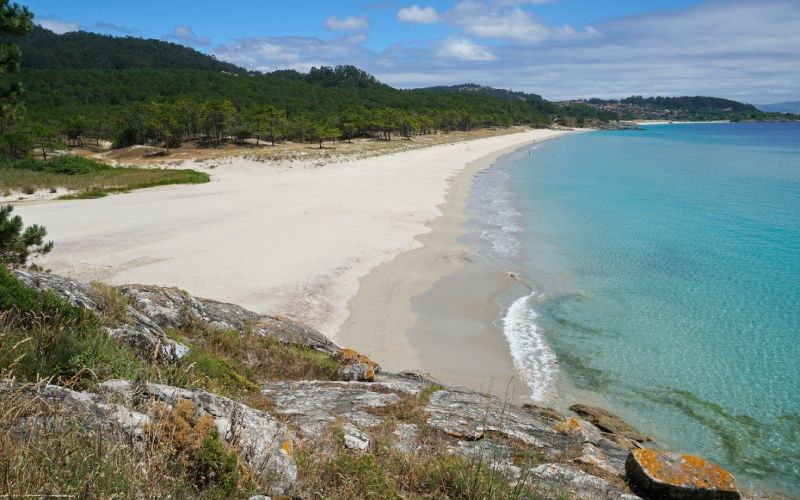 The beaches of the Costa da Vela are unspoiled and quiet. | Shutterstock

If you leave Cabo do Home behind, advancing along its paths but taking licenses, Barra beach awaits in the middle of the wild nature of the place. It is one of the most popular nudist beaches in the area, with more than a kilometer wide and fine sand, warm for the walker in the summer months. Of easy bathing, although the Atlantic wind does not grant too many breaths. The waves seem to reach everything in another quiet beach of this coast: the beach of Nerga. It surprises also for its dunes and for that capacity that has, as its countrywomen, to wrap the visitor in a state of calm reverie.

They are not the only ones that can be found. One can visit this place dozens of times with the feeling that there will always be something new to discover. One more nook and cranny in which to look out over the Atlantic.

Nearby corners of the Costa da Vela 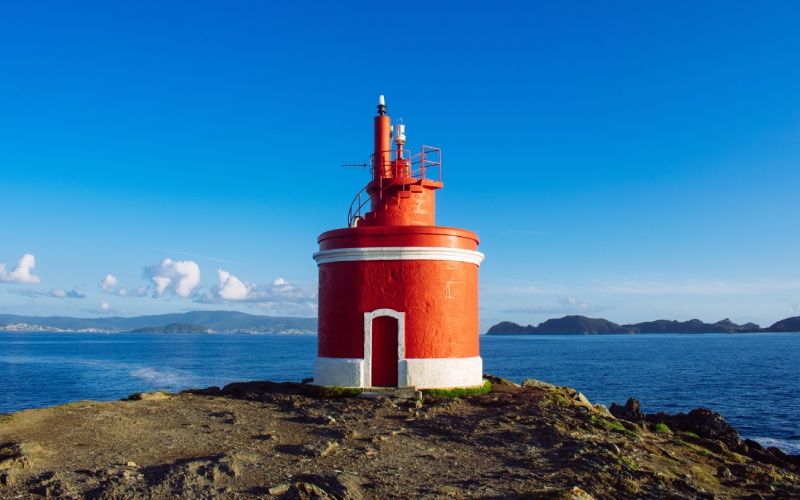 The Costa da Vela, it has already been said, walks carried by the eternity that retains with it the Atlantic. That means that it is not necessary to move to discover, to explore and to enjoy. The visitor must stay, wander along the edge of the cliffs, understand the legacy that characterizes this place, the Rías Baixas and Galicia in general.

O Facho de Donón, going towards the north of the Cape, presents the visitor with the remains of a castreño settlement. Dwellings and walls are still visible, although dragged down by the passage of time. Near the castro, Monte Facho guards a Galician-Roman sanctuary of the third century A.D., still with altars and with a high cultural value.

It is also worth discovering this triangle of lighthouses that for a long time offered an essential service to the coast. The Cabo Home lighthouse stands out, one of the most photographed in Galicia. Tall and blue as the sea, as is the Punta Subrido Lighthouse, which completes the trilogy on the southern slope of the cape. Between the two, the Punta Robaleira lighthouse stands out for its unexpected red color and its small shape. They all have their history, their stories, and their importance.

Because you can breathe the Atlantic 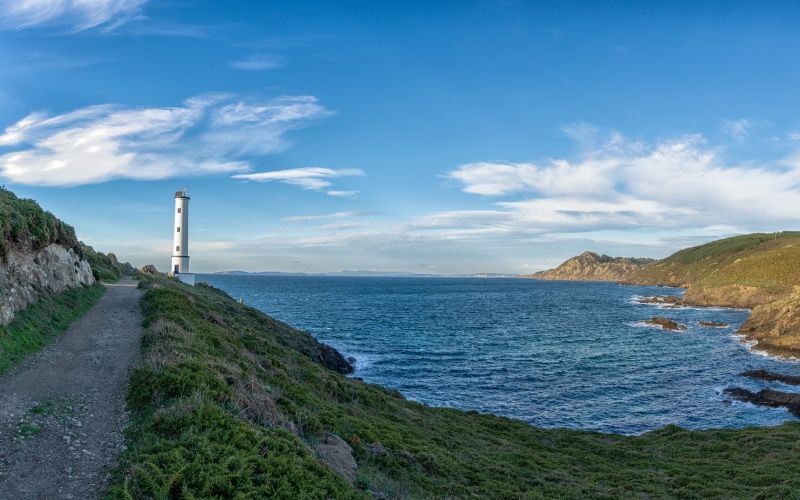 It is worthwhile to take a leisurely stroll along the trails in this corner of Galicia. | Shutterstock

The Costa da Vela, with all its attractions, is a fantastic enclave in which to let time pass. It should be approached without haste and ready to be surprised, sometimes to be subdued, by all the peculiarities of this ocean that closes the Iberian Peninsula to the west. Cold, temperamental and infinite, it has conditioned the Galician lands since the world began. It is worth exploring and breathing it.

Galicia, lighthouses, ocean, Pontevedra, vigo_lx
It may interest you...