The province of Ourense is not very popular, however, there are many villages which are worthy of discover, specially for those who love natural and rural destinations. Besides, it stands out for its beautiful forests and for a thermal tradition that still today ensures tranquillity and relaxation. But it is impossible not to mention the Ribera Sacra, a breath-taking region. Galicia is remarkable for its authentic nature, which hides small spots full of history, charm and culture. 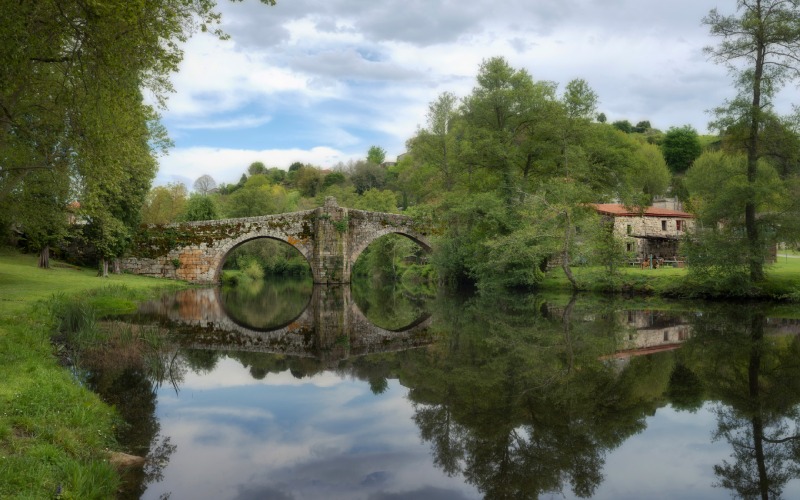 It is almost compulsory to begin with Allariz because it is considered one of the most beautiful villages of all Galicia. In addition to the walks along the Arnoia River, do not miss specific places such as the convent of Santa Clara, founded in the mid-13th century. It is a cloistered convent, which means that only the Museum of Sacred could be visited. The church of San Pedro, in Romanesque style, can also be visited and was built in the 13th century and has a beautiful 18th century Baroque altarpiece.

For this reason, Allariz was declared a Historic-Artistic Site and was also awarded the European Prize for Village Planning, for the recovery of its historical centre. Besides, it should not be forgotten that one of the most important films of Spanish cinema was filmed here: ‘La lengua de las mariposas’ (The Butterfly’s Tongue). 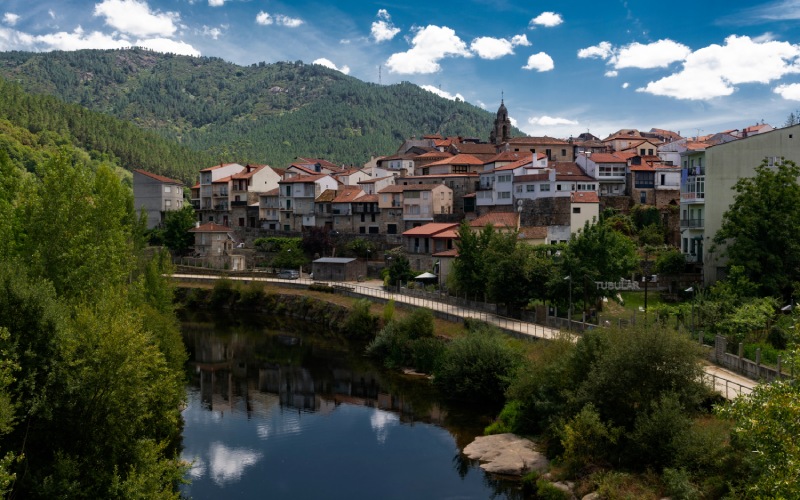 The name of this town means on the banks of the river Avia. Ridabavia was the capital of the medieval Kingdom of Galicia. It has one of the best-preserved historical centres in the community and also an old Jewish quarter which it is necessary to visit, and finish this walk at the Sephardic Museum. Several places that are compulsory to visit are the main square, the castle of the Counts of Sarmiento, from the late 14th century, and the Romanesque church of San Xoán, built in the 12th century by the knights of the Military and Hospitaller Order of ‘San Juan de Jerusalén’. 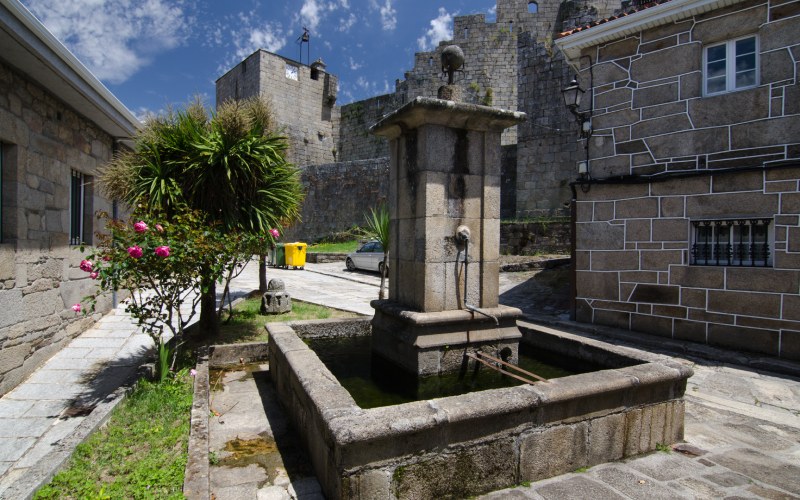 This village is a great opportunity to discover the Ribeira Sacra, specifically the area which is conditioned by the course of the Sil. This village was settled on a hill overlooking the banks of the river Edo. Besides, its castle built in the 14th century stands out, as well as its cobbled streets. In the fortress, one can discover the Archaeological and Ethnographic Museum, which includes in the same place different remains from the past that show the importance that Castro Caldelas had in the area. 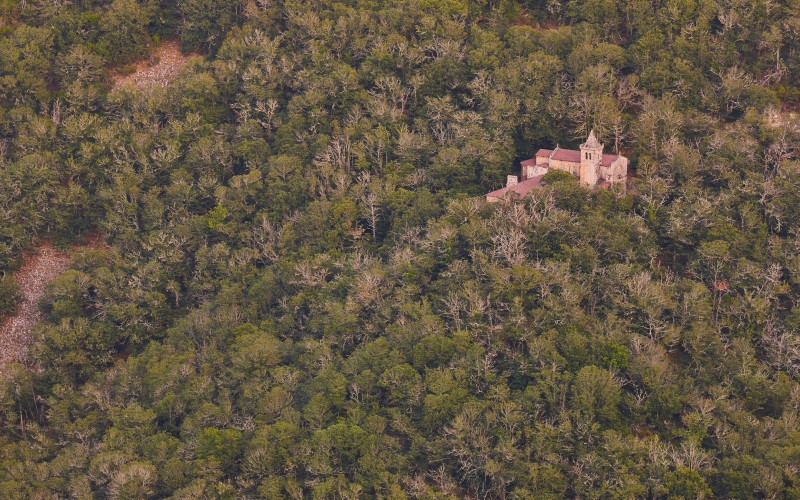 This is another fascinating village to discover the immensity of the area and the villages that surround the river. The features of them are quite similar: small villages with scattered houses and surrounded by nature. The monastery of ‘Santa Cristina de Ribas de Sil’, one of the most impressive Romanesque temples in the area, is very close to Parada do Sil. 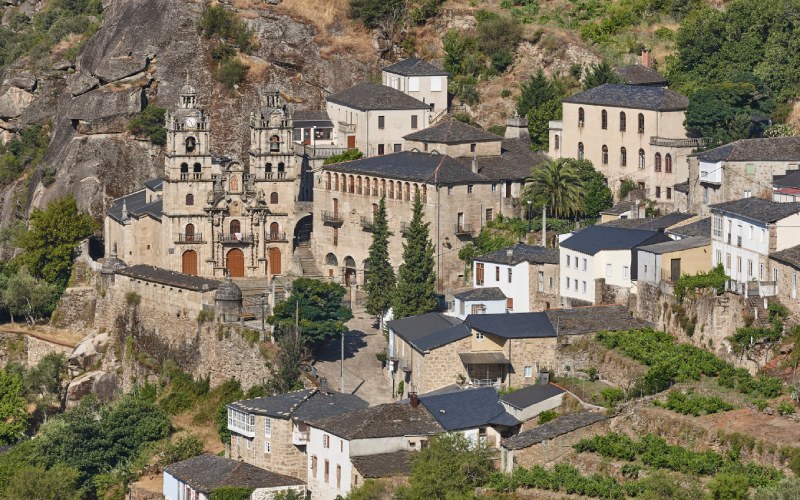 The most oriental area of the province is unknown yet, however, this village could be considered one of the most beautiful villages of Ourense. According to popular history, As Ermidas has its origins in seven hermits who lived in this area in the 7th century. The village is located between the massifs of the ‘Queixa’, ‘Eixo’ and ‘San Mamede’ mountain ranges. In the village today there are traditional style houses and, above all, the sanctuary of ‘Nosa Señora das Ermidas’, an impressive temple that leaves anyone speechless at first glance. It is considered an Asset of Cultural Interest. 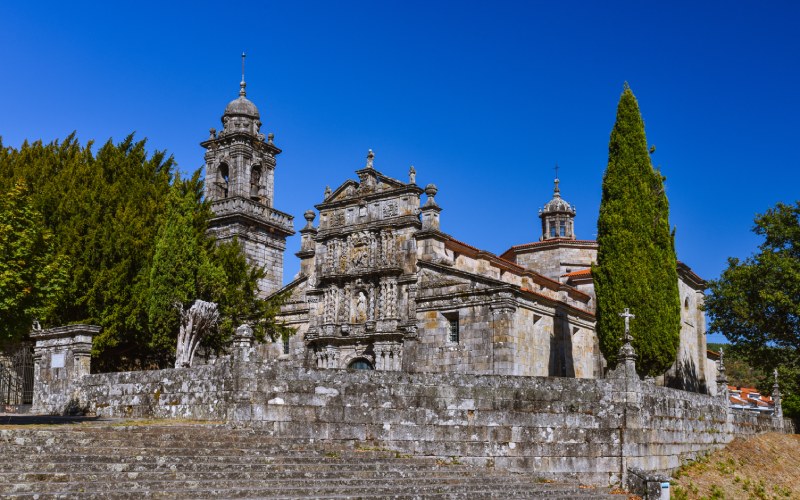 One of the most charming villages in Galicia, small and simple, with wonderful landscape around the settlement. This village is perfect for all travellers looking for a peaceful and relaxed tourism and it is very closed to the border with Portugal. Entrimo is perfect to stroll through the streets without stress, enjoy the gastronomy and culture, as well as, hiking in its natural surroundings. The main monument in this village is the church of Santa María La Real, a temple of a great size. 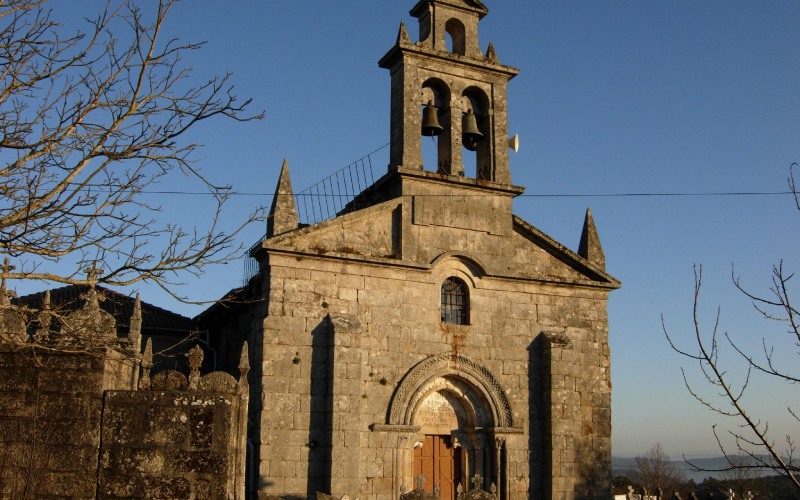 It is a village quite similar to Entrimo since it is small but with several worth visiting monuments. An example is the church of ‘San Martiño de Cameixa’ in rural Romanesque style, which was renovated between the 18th and 19th centuries, but still has a strong medieval style. It is also interesting to learn about the history of the old stone bridge over the river Avia. According to history, there are only remains of it due to the fighting of the population against the French army during the War of Independence. 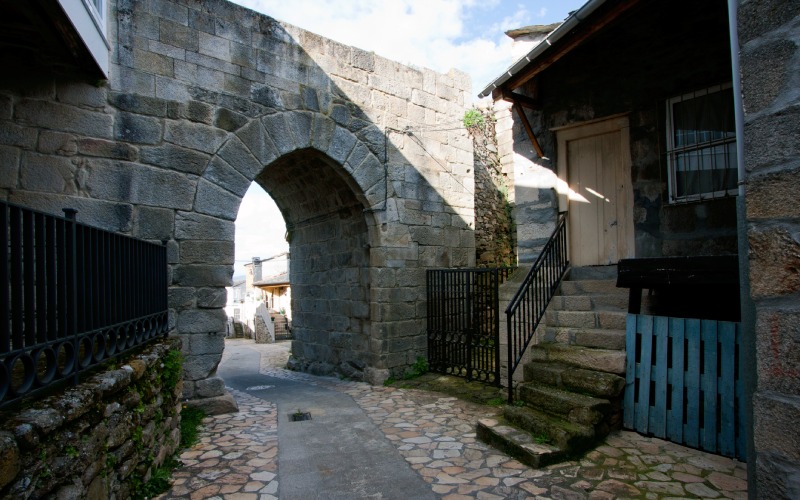 Manzaneda is one of the most captivating villages of Ourense. The existence of this place is documented since the 14th century, although the ruins of its castle indicate that it already existed since the 12th century, which is located in the highest part of the town. The ‘Porta da Vila’, the gateway to a formerly walled place, is a significant monument of the village. Manzaneda is a perfect place to enjoy the surroundings and nature. 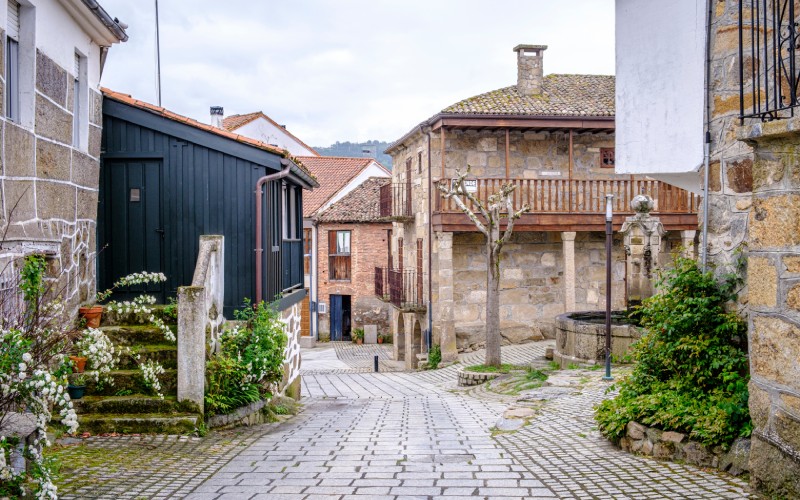 This is another village with medieval streets and buildings. Although Vilanova dos Infantes has grown, it has also remained its origins. The most important monument is its medieval tower, built in the 12th century, which shows that there was a relevant fortress in the past. Vilanova dos Infantes, is not only a beautiful place for rest and leisure, but also has a lot of history that supports its present. 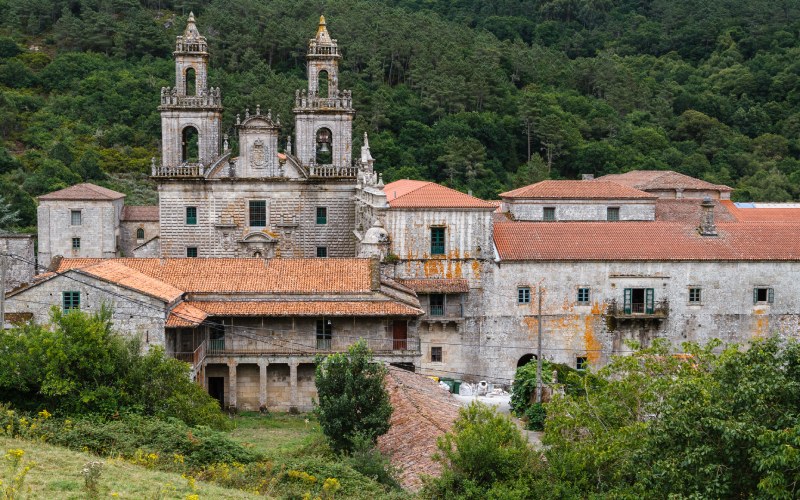 Oseira is located in the village of San Cristovo de Cea and has a treasure of great value: the monastery of Oseira, which was built in the 12th century and has always had an enormous influence on the area. Its church, built between 1200 and 1239, is considered one of the masterpieces of Cistercian architecture on the peninsula. As a curiosity, it is currently inhabited by a Trappist community that produces a peculiar liqueur called Eucaliptine, as well as beer and chocolate. The village of Oseira can and should be visited on foot, enjoying the stroll near to the river of the same name. 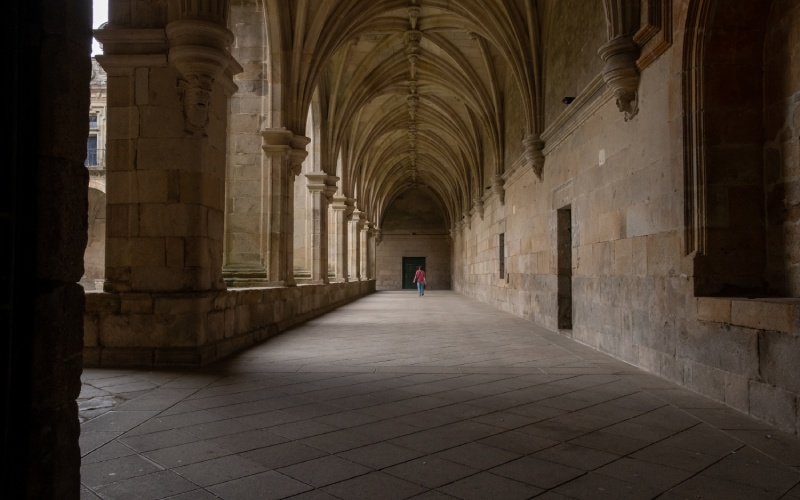 Last but not least, Celanova is also one of the most beautiful villages of Ourense. This little town stands out for its historical centre and its remarkable monument: the monastery of San Salvador de Celanova. It was founded in the 10th century by one of the most influenced people of the epoque, San Rosendo, bishop of Mondoñedo and Santiago de Compostela. From this medieval period, only the small chapel of San Miguel remains, in Mozarabic style. It was so important that, according to the legend, Charles V thought of spending the last years of his life in this place. This place transmits peace and rest.