Extremadura, cradle of conquerors and faithful guardian of history thanks to the innumerable cultural heritages that are to be found in its lands. It is also the autonomous region with the largest freshwater storage capacity in the country thanks to its abundant reservoirs. Just 5 kms from Mérida, the region has the oldest reservoir in Spain, the one that closes the Proserpina dam. An ancient Roman construction dating from the 1st century BC, it was declared a World Heritage Site by UNESCO in 1993 and is located in an idyllic setting.

A bit of history about the Proserpina Dam

The Proserpina Dam or “Charca de la Albuera”, as it is also known, is located very close to Mérida, in the province of Badajoz. The Romans began its construction in the 1st century BC, making it the oldest reservoir in Spain. Even in its early days it was of great importance, as it is believed to have been the main source of water for the ancient city of Emérita Augusta. From the reservoir, the liquid flowed through an extensive network of canals and reached the Extremaduran capital via the Los Milagros Aqueduct. This was a key factor in the fact that it was the capital of the great highway of Hispania, the Silver Way. 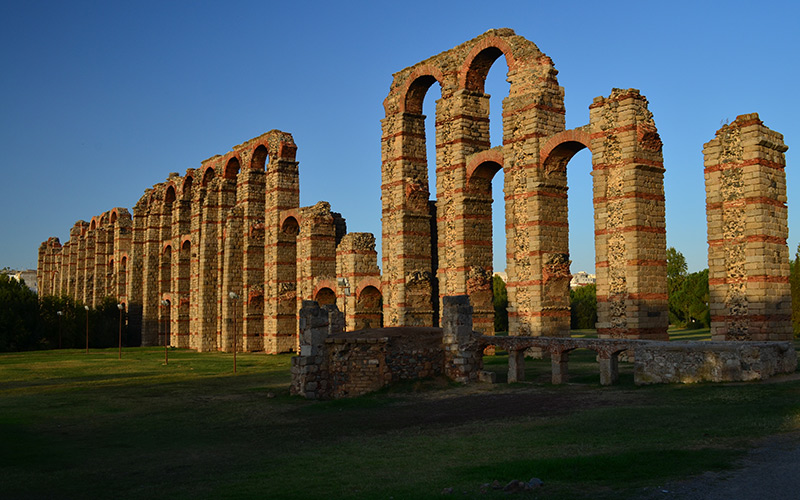 During its long life, it has also been the scene of historical events. Specifically, the Battle of La Albuera, part of the War of the Castilian Succession, took place in its vicinity. It was in 1479, when Juana la Beltraneja, supported by Portugal, fought against the army of Isabella I the Catholic. The Spanish troops emerged victorious from this battle for the throne of Castile.

Everything in this dam has a history, even its name. It is called Proserpina because of a discovery made many centuries later, in the 18th century. At that time, a tombstone was found in the vicinity on which the invocation to a goddess called Ataecina-Proserpina could be seen. The second part corresponds to the Roman goddess equivalent to the Greek Persephone. For its part, the first alludes to a Hispanic deity, with traces in another Extremaduran wonder such as Santa Lucía del Trampal. All of them were associated with spring.

The keys to the Proserpina Dam

Of Roman origin, abundant reconstructions over time have allowed it to look as impressive as it does today. This is helped by the fact that it is surrounded by a beautiful natural environment. The Proserpina Dam consists of a central structure that is clad with rows of granite ashlars in a staggered pattern. The ashlars are stones worked on all sides and are generally rectangular in shape. 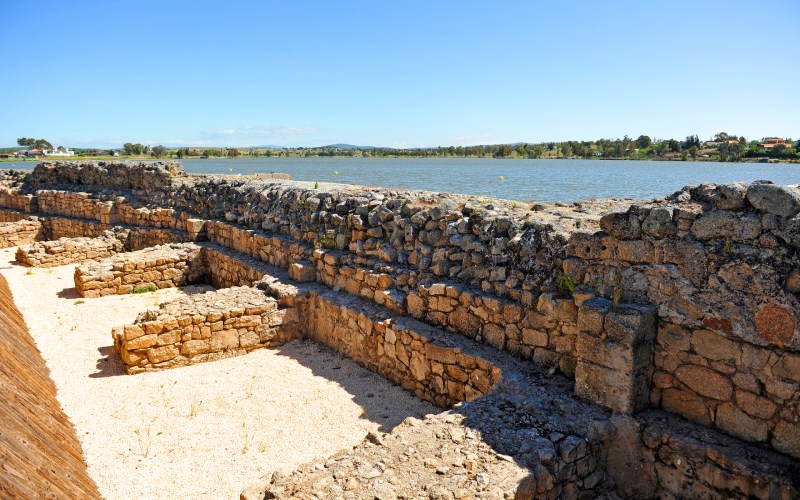 The dam is 21 metres high and has 9 buttresses of rectangular section. In Roman architecture, buttresses were used as a pillar attached to a wall, in this case to the dam. As a reinforcement, it contains an immense earthen ramparts, a very useful element in sites fighting wars to conceal weapons. Its advanced architecture has contributed to the structure’s incredible preservation.

Despite its great preservation, in the early 1990s work began on cleaning up the construction. When a large part of the reservoir was drained to make the work easier, something previously unknown was discovered. The buttresses at the base were curved inwards. It is thought that the first structure was about 6 metres long and the second, which is the one that remains out of the water today, was built on top of it.

Spots near the Proserpina reservoir

Nowadays, the reservoir itself is still the main option for enjoyment. The beautiful nature surrounding the Proserpina dam and its reservoir is a refreshing alternative. It is very common to see freshwater fishermen trying their luck with the marine fauna that inhabits the waters. In any case, hiking around the entire perimeter is the most recommended activity. Not for nothing is it home to part of a Pilgrims’ Way to Santiago de Compostela: the Silver Way. 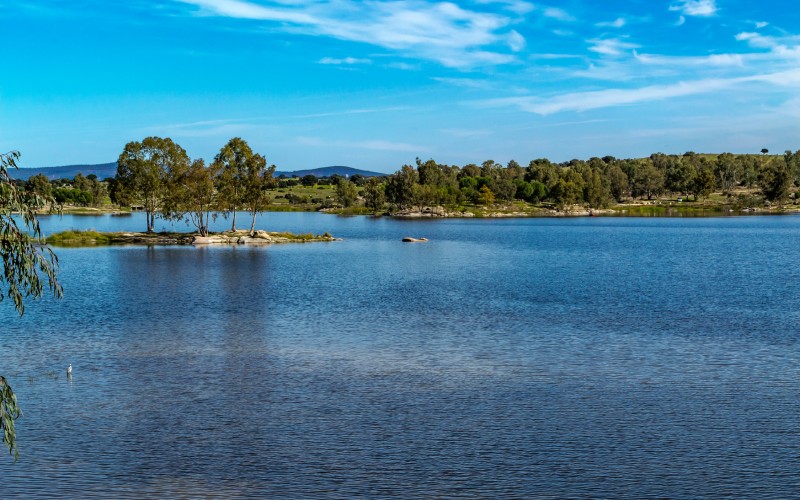 The Proserpina Dam is part of the archaeological site of Mérida, which was declared a World Heritage Site by UNESCO in 1993. Its great proximity and ease of access to this capital by the Autovía de la Plata and the A-5 make Augusta Emerita an ideal complement to this getaway. The theatre, amphitheatre, circus and the temple of Diana, among others, are outstanding Roman sites. However, the Alcazaba or Santa María la Mayor show that the city has many other valuable features.

Read the complete history of the Roman theatre of Mérida here 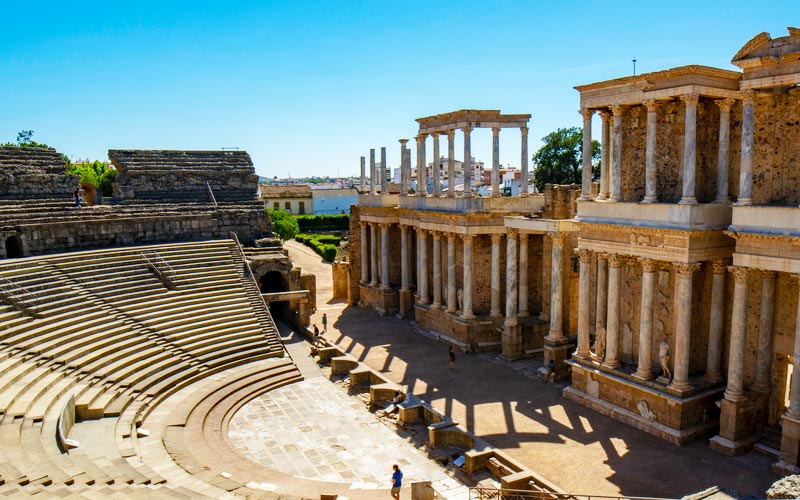 A unique Roman landmark in Extremadura, that is why it is our Weekend Getaway

The oldest Roman reservoir in Spain, centuries of history and the scene of battles. All this as a source of water for the people of Mérida after the construction of another of the elements that form part of the archaeological site of Mérida, the Los Milagros aqueduct. What is not a miracle is the value it adds to the heritage of Extremadura, it is a fact that it has achieved by itself with the passing of time.