In just under twelve years, in the middle of the Costa Dorada, a whole village typical fishermen on the rocks was built. This little jewel of the province of Tarragona, in the town of Roda de Berà, shows a great difference, all its buildings offer a variety of different architectural styles so that some have named it the Spanish Village of the area. A mixture that makes walking through its streets becomes a curious and romantic experience. Say hello to the Roc de Sant Gaietà. 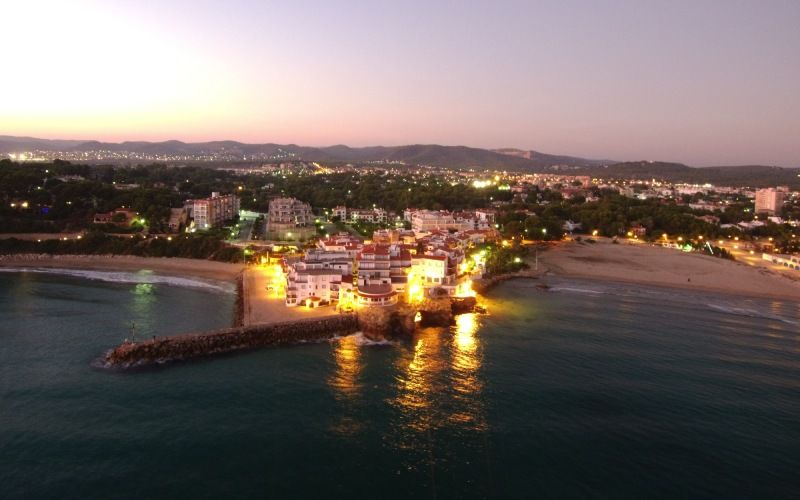 A brief but intense history

Its history dates back to 1964, when its construction began and was completed between 1972 and 1976. The idea was to build a housing development on the rocks similar to a small fishing village, and it came from its promoter, Gaietà Bori Tallada. Finally, the idea was materialized by the builder Josep Maria Fortuny Rodríguez. 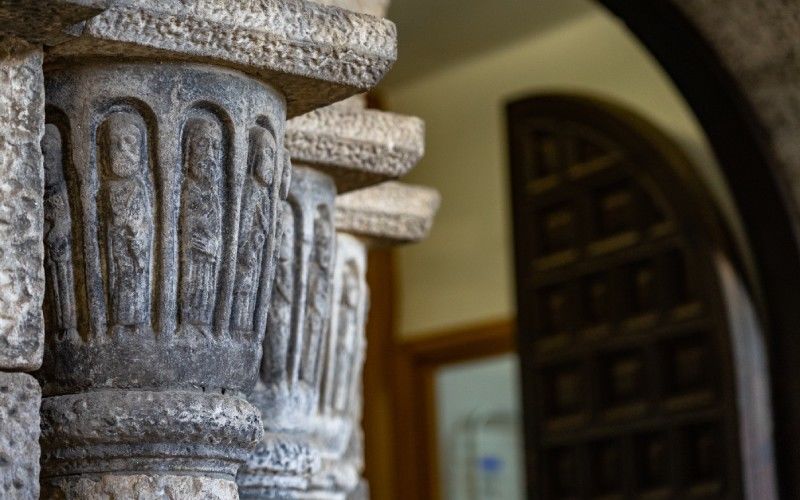 Apartment buildings were designed, on the seafront, in the purest style of Andalusian courtyards and were complemented with constructions and ornaments typical of Romanesque, Arab, Gothic and other areas of Spain. A pier was also built, which is still in operation today. The Roc de Sant Gaietà Maritime Club, currently in the hands of the Roda de Berà Town Council and known as the Roca Foradada Civic Center, was also opened. 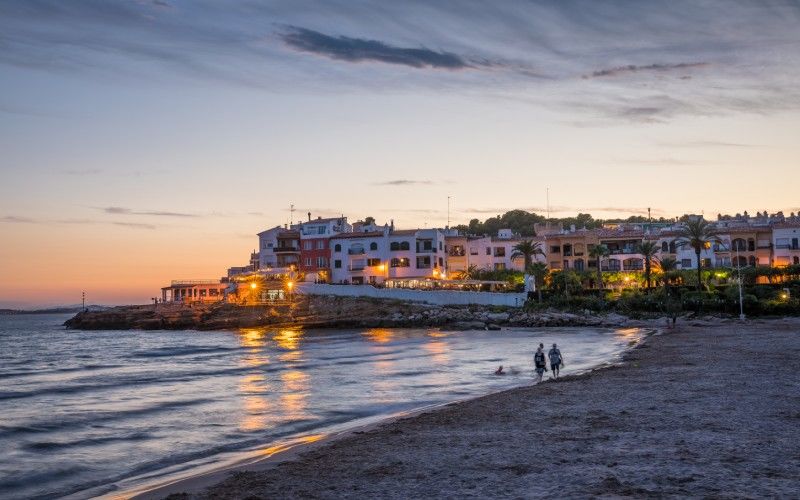 A tour around the country

When visiting the Roc de Sant Gaietà, the feeling of making a complete tour of the whole country appears. It is worth noting the existence of wrought iron railings and gates. Also the stone from the Roman quarry of El Mèdol that can be seen in the pillars and facades, as well as the window frames that were recovered from old farmhouses and abandoned houses, restored by Pep Gasol. The Romanesque cloister, for example, is made up of ancient remains recovered from other buildings and houses a mural sculpture by Phipippe Lavaill, Les 3 Maries. There is also a replica of a typical Galician granary, a hórreo, designed to preserve the harvest from humidity and rodents. 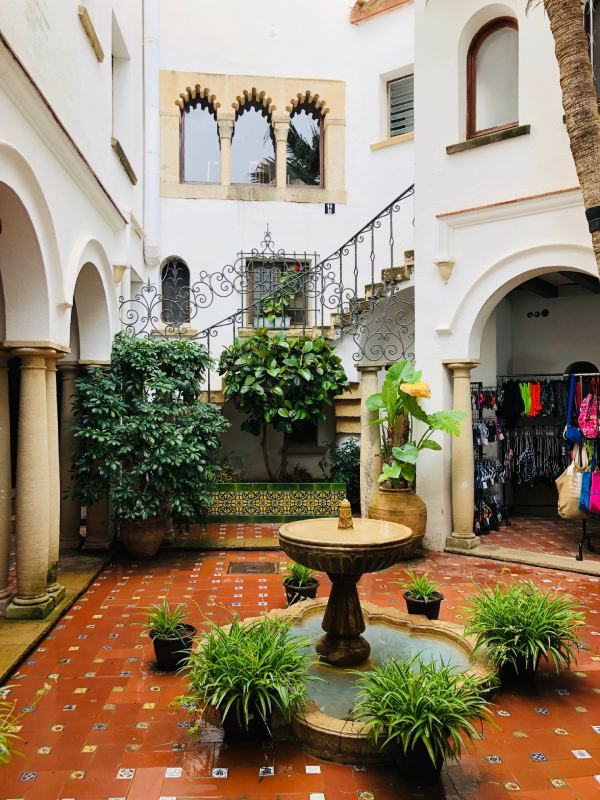 The town hall presents a typical facade with a central portico and Renaissance balcony. The so-called Porta Mora is typically Islamic and Mudejar, as are the surrounding buildings. Even in the center there is a fountain in the style of the Alhambra in Granada. The Passatge d’Arcs is a replica of the Costa Smeralda, in the north of the island of Sardinia. The Gothic style building, in the main square, has an access staircase similar to that of the building of the Generalitat de Catalunya. It is also possible to find a replica of the main door of the church of San Pedro de Avila that flanks the entrance to the Centre Cívic la Roca Foradada. This place is currently used as an art gallery for itinerant exhibitions and a function room for civil weddings. 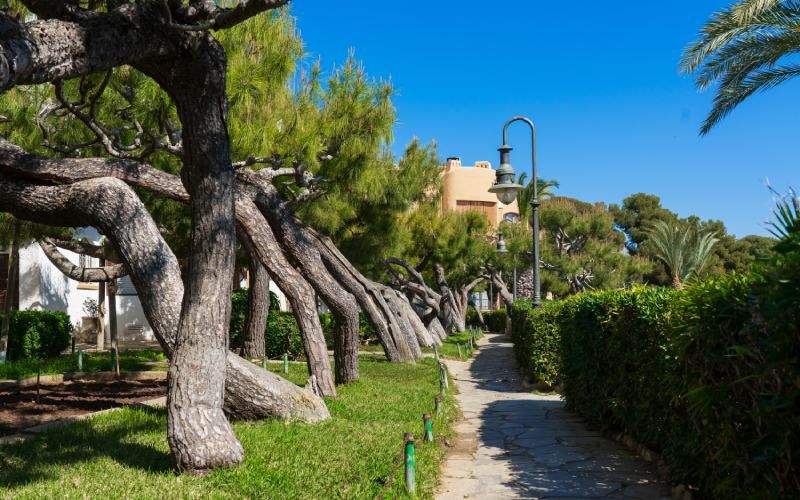 It is also home to the Radio Museum, inaugurated in 2012 and containing a large private collection belonging to Luís del Olmo. A Sevillian courtyard with its fountain in the center, an original wooden facade from northern Spain, a medieval tower and its multiple interior streets with details of Castile, complete the set. The famous Roca Foradada is a must, located at the Punta de la Guineu and the garden of Passeig de la Ribera, with ancient pines bent by the wind. It should be noted that the local Cal Sisquet is the runner-up in the World Ice Cream World Championship.

A magnificent environment, worthy of emperors

If you want to go along the Camí de Ronda to Roda de Berà, you will travel a pleasant route along which you can visit the Torrota cove, enabled for dog bathing and the Ermita de la Mare de Dèu de Berà. The Great Route runs along the entire Catalan coast from the north in PortBou and every year new sections are enabled and reformed as the intention is to cross the entire Catalan coast. The Roc de Sant Gaietà is only 20 kilometers away from the city of Tarragona, a paradigm of Roman Catalonia. Not in vain was part of the Via Augusta and very close is the famous Arc de Berà. 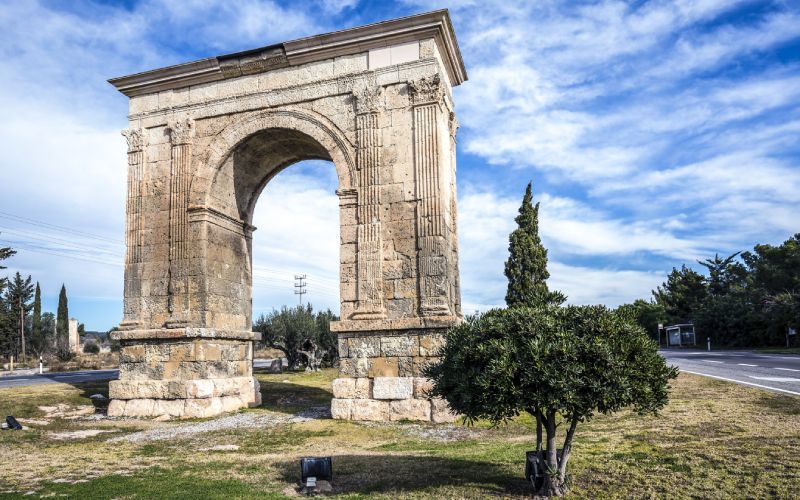 This triumphal arch of more than 10 meters high was erected in memory of the Roman consul Lucius Licinius Sura at the beginning of the 2nd century AD. Before reaching Tarragona, and past the Muntanyans nature reserve, is the small town of Altafulla. It has a magnificent old town and right next to it visitors can enjoy the 11th century castle of Tamarit, right at the mouth of the river Gaià. For lovers of theme parks awaits Port Aventura and Ferrari Park. If you prefer to go inland, do not forget to visit Montblanc and its impressive medieval monuments. Nor Siurana and its imposing location on top of a rock and on a swamp, as well as Prades, more than 1,000 meters high and very close to Poblet and its monastery.

Catalonia, coastal villages, fishing villages, Tarragona
It may interest you...