Spain’s geographical wealth and curiosities are extremely varied. There are municipalities completely surrounded by foreign territory, islands of territories of one community within another and towns that have changed the side of the border where they fell on several occasions. However, there is no case like that of Os de Civís, an Ilerdensian hamlet that cannot be entered from Spain. 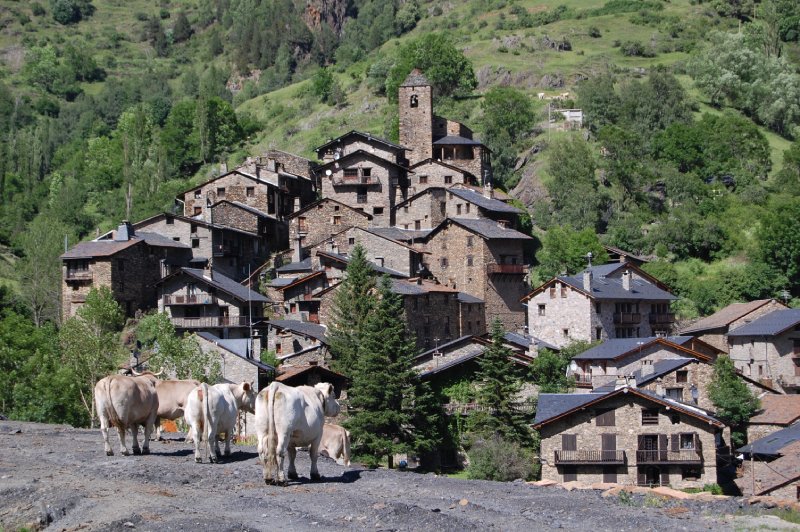 A geographical wonder that makes up the only Spanish pene-exclave

A small town in the Lleida Pyrenees is the protagonist of a unique story. Os de Civís, also called Aós de Civís, has the status of local entity depending on Valles del Valira, in Lleida. It is a unique enclave due to its geographical condition: the only access it has is from Sant Julià de Loria, a city located in the Principality of Andorra.

Located in the comma of the Seturia and cradle of the Aós river, which is generated by the union of the Setúria and Salòria rivers, it is situated in the homonymous valley. This, despite belonging to the Andorran slope, has always been considered Spanish territory. Thus, the only way to access the rest of the neighbouring Spanish municipalities is by means of a dirt track that ascends to the Col de Conflent, at 2150 metres above sea level, and which is usually covered with snow in the winter and spring months.

This situation has generated several curious facts throughout history. For example, during the coronavirus crisis in the spring of 2020, a person was charged for attempting to use this route to get from France to Barcelona. Because of this, the neighbors themselves tried to prevent the spread of infection in their environment by placing signs that restricted access only to the owners. Very close to the village is the Pic del Salòria; a mountain of almost 2800 metres that overlooks the whole valley. It also crowns the Alt Pirineu Natural Park, the largest natural area in Catalonia. 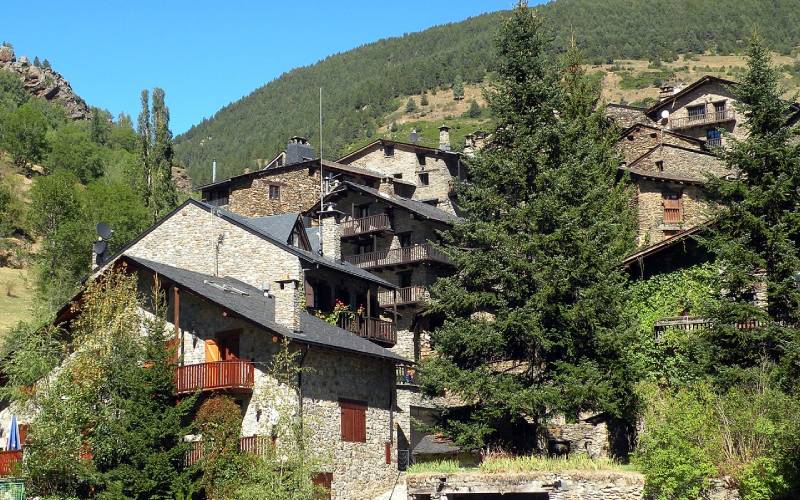 Os de Civís is the only example of a periclave in Spain. It is part of the national territory, it is integrated in it and, despite not being isolated by another country, it is inaccessible by land except by access from abroad. In this case, it would be by the Principality of Andorra. The entrance is only through a private vehicle taking the CG-6 from Aixovall. To get to the village you must first pass through Bixessarri; a small Andorran village of 40 inhabitants which is usually included in the tourist routes in the area due to its beauty. Bathed by the river Aós, it also has a Romanesque church and its houses, made of black slate, respect the Pyrenean architecture.

A tiny village connected to Andorra

Os de Civís had 79 registered inhabitants in 2020, but its streets fill up with tourists in good weather. It has rural houses, restaurants and a hotel. In addition, most of the houses, several of them medieval and typical Pyrenean architecture, have been renovated to accommodate a population that was on the verge of disappearing. 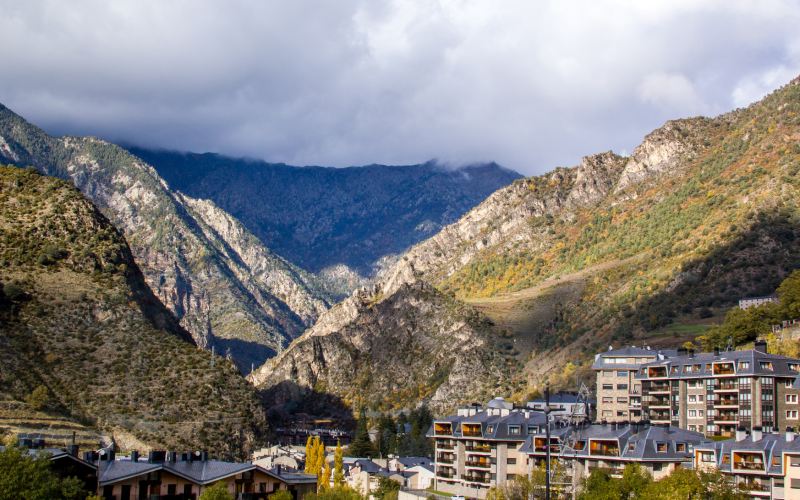 Huge floods in 1982, the lack of electricity and the lack of telephone produced an extensive migration of neighbors to other points with more resources. This trend was reversed thanks to a promotional campaign launched by the villagers. Set up as an association, they managed to energize the village and reform it thanks to the arrival of tourism. In a case reminiscent of Lanuza, they began to take in a wide variety of second homes, but without breaking the general aesthetic of the enclave. The church of San Pere i Santa Margarida, of Romanesque architecture and located on top of an old castle, has privileged views of the surrounding landscape. A privilege capable of attracting a large number of visitors, mainly French. 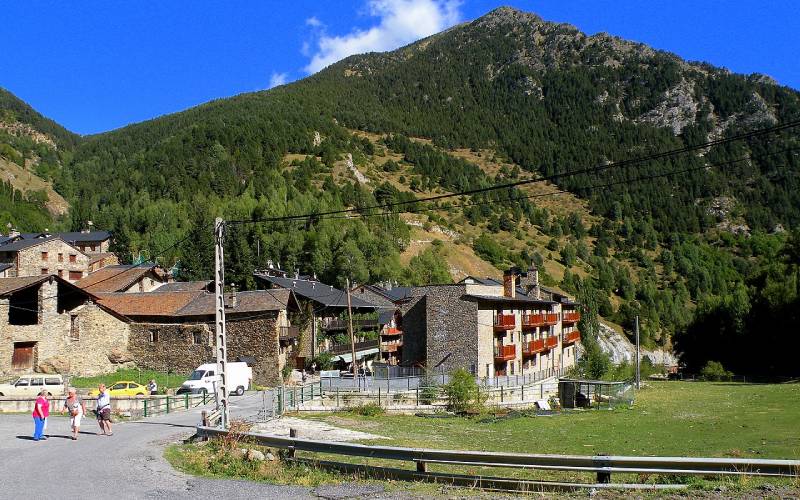 The geographical situation has meant that the inhabitants of the small village, despite being Spanish, have a close relationship with Andorra. The young people of the village are educated in Andorran schools. At the same time, neighbouring institutions support the maintenance and cleaning of the road or finance the rubbish collection service. On the other hand, electoral votes or judicial matters are resolved in neighbouring Spanish municipalities and citizen security corresponds to the Mossos d’Esquadra. To access the village they need special authorisation and are escorted by the police of the Principality. The electricity supply is provided by an electricity producer in the Catalan region of Urgell. 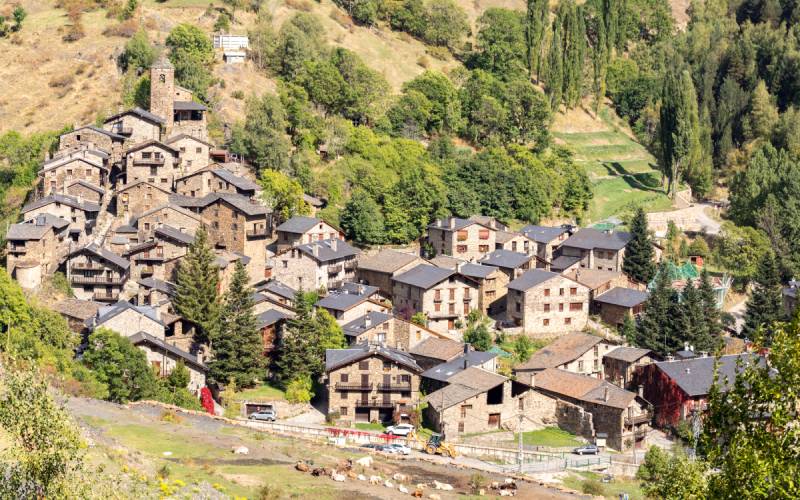 An explanation of their belonging to Spain is told in an old legend. According to it, the meadows of the Valley of Aós were in dispute between the Catalan and Andorran shepherds. To settle the dispute, a fight was organized between the best fighters of both sides, which was held at the Coll de la Botella. The fight ended with the Catalan wrestler as the winner. All the pastures in dispute became part of the parish of Aós, and later of Spain. At no time has the legitimacy of the agreement been questioned.

The mountains and valleys that surround Os de Civís make this an ideal place to practice sports such as hiking or mountain biking. Many itineraries start from the rugged village; such as those of La Cultia, Montaner, Setúria, Riu de Salória or Collada de Conflent. It is worth mentioning that several of them are only recommended for sportsmen or amateurs with long training. 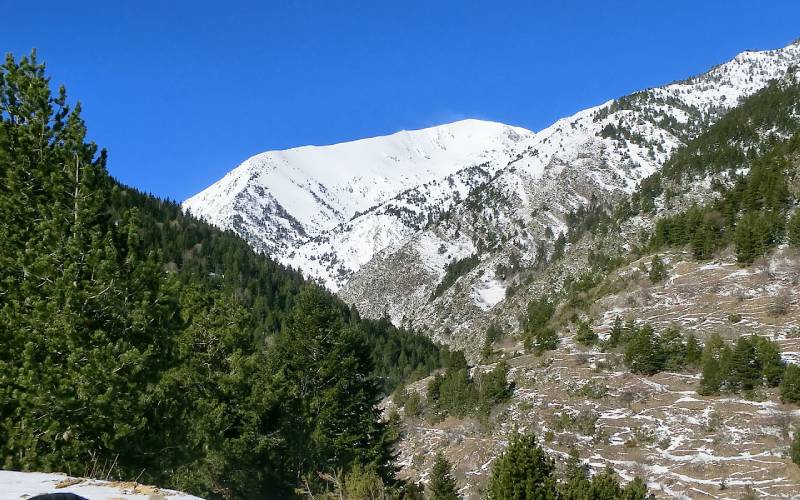 Its geographical location and the harsh winter conditions of the high mountains make it advisable to visit it for tourist or leisure purposes in the summer months. Then the tourist season also begins for the premises and establishments of the village; which emphasize the high affluence of people during the weekends. In winter you can count on the fingers of one hand those businesses open to visitors who dare to visit the village. During such period, it is usually covered by ice and snow.