Many, many kilometers from Spain, a cleft in the rocks attracts millions of tourists every year, the Can Ciera caves. The reddish color of its walls and the rocky shapes that dot it make the place a surreal, almost fantastic place. This is Antelope Canyon, located in a Navajo Indian reservation in the state of Arizona, in the United States. Back on the peninsula, taking a walk around the Baix Llobregat, a similar landscape reminds us of the American landscape. “Did Dalí put his brush on these walls?”, the figures chiseled by the passage of time invite you to ask yourself. The caves of Can Riera make magical realism tangible. 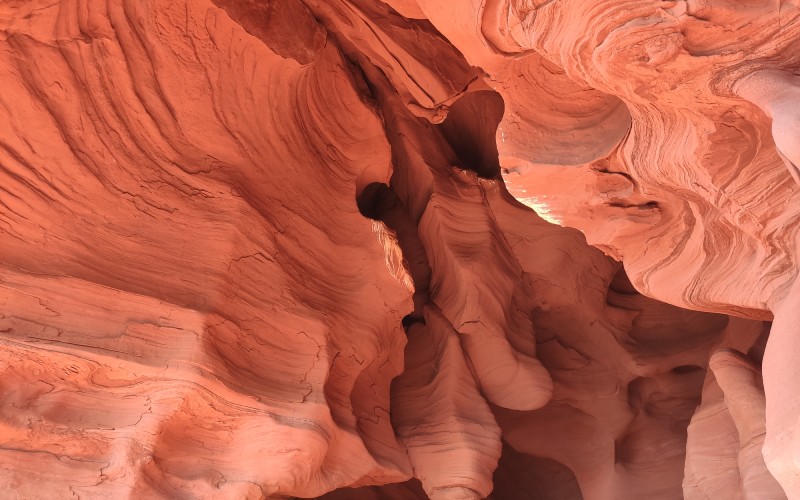 Caves of Can Riera. | Shutterstock

From reality to surrealism

The caves of Can Riera are located about half an hour from Barcelona in the municipality of Torrelles de Llobregat, but to reach them you have to work for it. It is not just a simple walk or a car ride, but the legs must be used. Therefore, to reach the caves the traveler has to undertake a journey of about six kilometers that, of course, then must retrace, at least if you want to return home. For the most part the path is easy, but not light, as it is always uphill. The accompanying scenery is also reason enough to make the journey, although for the moment it only alludes to reality. 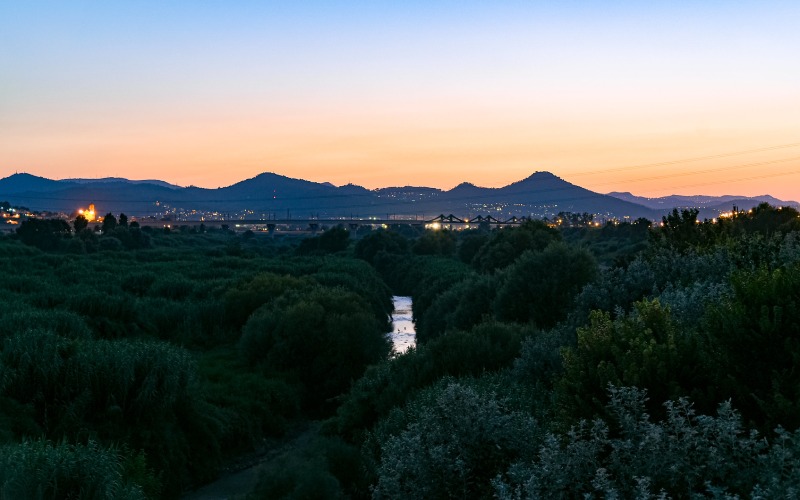 Just before reaching the destination, a reddish rock juts out of the undergrowth and, suddenly, red floods everything: the visitor is already in the caves, but still in the real world. However, if you decide to continue after seeing the first cave, the reward will be much greater. To do this, you have to do a small, more difficult section, where you will have to help yourself with your hands. Once the obstacles have been overcome, the result will become less realistic, more fictitious. The second and third caves, located after this small ascent, are the most impressive to see and the most similar to the American formation. The caves are, therefore, three.

The shapes of Can Riera are, however, real and are produced by natural phenomena such as erosion caused by winds and rains over hundreds of centuries. The material of which they are composed, clayey rocks, gives the reddish color to the stamp. Its properties also make it an easy rock to mold, which facilitates the formation of sinuous and undulating figures.

The survival of the Can Riera caves

This impressive natural landscape, which has gone unnoticed for thousands of years, bears a striking resemblance to the visited Antelope Canyon, receiving the name of the Catalan Antelope Canyon. However, a couple of years ago social networks and articles like this one viralized the fame of Can Riera, which was filled with tourists. The thing could have stayed there, but some users left garbage and even drawings on the rocky walls, which were unprotected by the government. This was the downside of the visibility of the enclave. 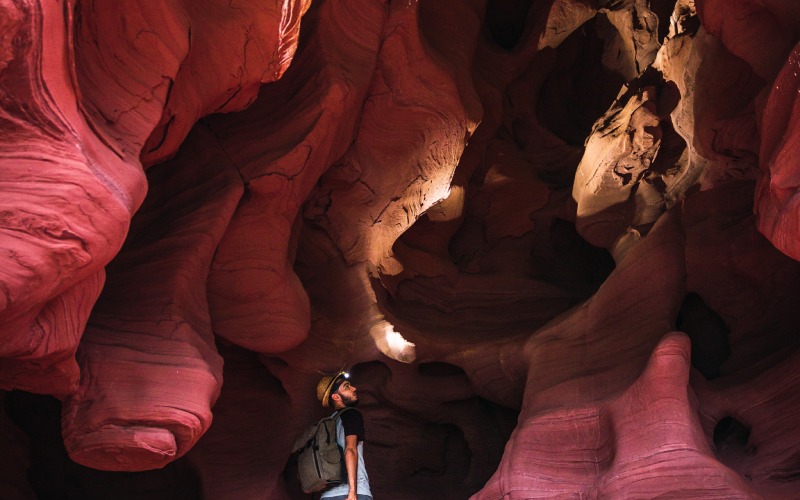 Can Riera caves at nightfall | Shutterstock

The positive side was that the town council decided to put an end to these practices with the intention of safeguarding the space and named the caves as an Asset of Local Interest. This resulted in their closure, which extends to the present day. Not that the closure itself is a reason to celebrate, but the fact of safeguarding the space is. Fortunately, in Spain there is another very similar place that also compares with Antelope Canyon.

Despite the disappointment, it is nice to know the existence of formations like these, so close to home, and to know that they will be there for thousands of years to come. All thanks to the protection they enjoy, with the hope that someday hikers will be able to return again to stain their shirts red in a world that seems like fiction.

barcelona, Catalonia, Caves, natural environment, nature
It may interest you...