The palace of the Dukes of Medinaceli or Ducal Palace of Cogolludo is considered the first Renaissance palace on the Iberian Peninsula. In other words, it is a pioneer that broke with previous typologies. Located in the town of Cogolludo, a little to the south of the black towns in the province of Guadalajara, it was commissioned by Luis de la Cerda, 1st Duke of Medinaceli, at the end of the 15th century. On the other hand, it was designed by Lorenzo Vázquez de Segovia. It is located in the town’s typically Castilian porticoed main square and was restored in 2012.

A pioneering palace in Spain

The origin of the town of Cogolludo dates back to the 11th century, during the Reconquest. It is worth noting that in 1176 it passed to the Order of Calatrava; which held the lordship of the town for two hundred years, until the 14th century. During this period, the town was surrounded by a wall and the castle was rebuilt. It later remained in the hands of the Crown of Castile; until it passed into the hands of Don Luis de la Cerda, the first Duke of Medinaceli. The palace was commissioned by the latter to serve as the residence of his daughter Doña Leonor. 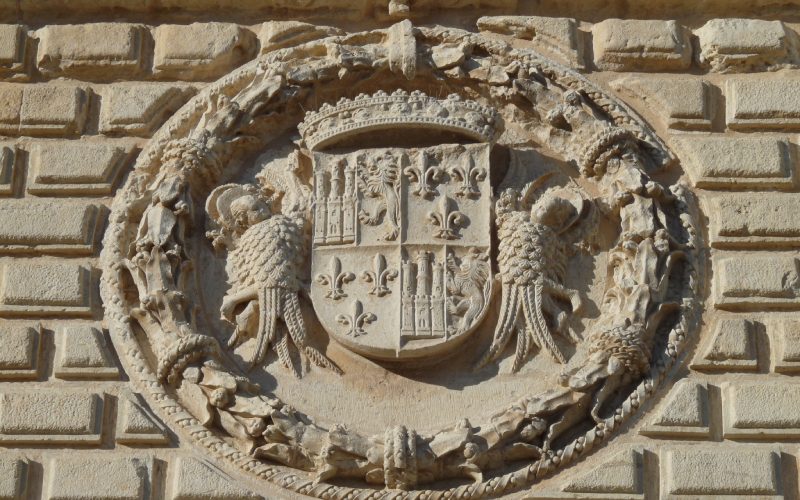 Coat of arms on the façade. | Wikimedia CC

At that time the young woman occupied a prominent place in the society of the time. She was married to Rodrigo de Mendoza, son of the Grand Cardinal. The palace was the home of the heirs to the duchy until the extinction of the “de la Cerda” line of succession. This led to the transfer of the new dukes to their palace in Madrid. This marked the beginning of the decline and decadence of the town of Cogolludo.

The Duchy of Medinaceli was created by Queen Isabella the Catholic in 1479 in favour of Don Luis de la Cerda y de la Vega. The name refers to the Castilian municipality of Medinaceli, located in the province of Soria, in the region of Castile and León. Considered great of Spain, its last holder was Marco Hohenlohe-Langenburg y Medina. The title is currently held by his daughter Victoria Elisabeth de Hohenlohe-Langenburg. She is the head of one of the four most important noble houses in Spain and one of the most important in Europe. 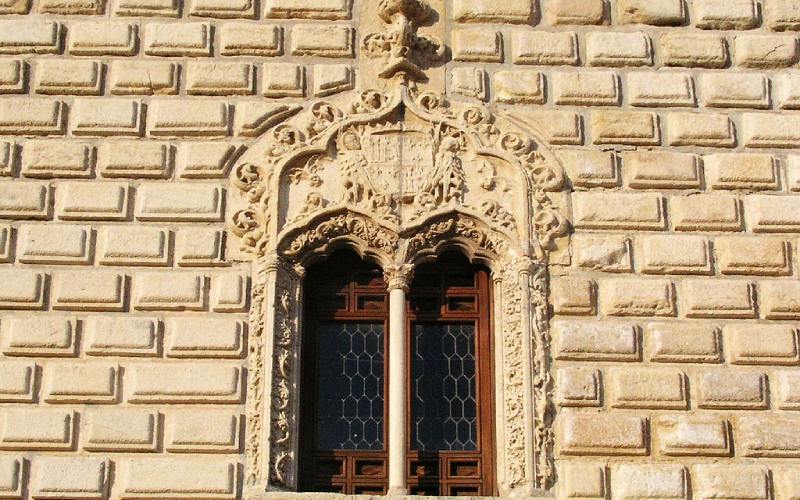 Detail of a window in the palace. | Wikimedia CC

Nowadays, this family is linked to the papier mâché. Mimi de Medinaceli was the grandmother of both Marco de Hohenlohe and Rafael and Luis Medina Abascal, sons of Naty Abascal. It should be noted that there have been big family disputes to obtain the title. Likewise, unfortunate premature deaths have also been common, such as that of Marco himself.

The architecture of the palace of Cogolludo

The palace of Cogolludo adopted its style from the most characteristic buildings of the Italian Renaissance, specifically from the Quatrocento. Two horizontal bodies, separated by an impost and crowned with a cornice and Plateresque cresting. Both floors are cushioned, the first one without windows, a true Hispanic style, and the second one with orderly openings. The lintelled doorway is surmounted by a round pediment and flanked by decorated columns. This building is organised around a central courtyard with segmental arches on columns with capitals from Alcarria. The exterior decoration is made up of fleur-de-lis and cherubs that support the coat of arms of the Medinaceli family. 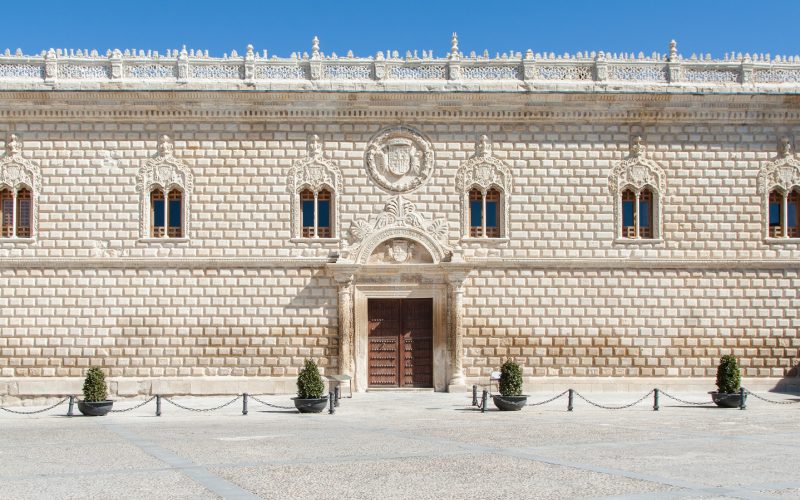 Front of the palace of Cogolludo. | Shutterstock

Inside the rooms, the Gothic style is maintained with its wooden roofs and openings decorated with Mudejar plasterwork. In the main hall there is a fireplace above which is the heraldic coat of arms of the Medinaceli family framed by a Gothic arch. The first aspect of the Renaissance style in Spain can be seen throughout the building, especially in the planning and layout of the palace.

The palace and Cogolludo, the perfect duo

It is possible to visit the interior of the palace; although only with a guided tour managed by the tourist office. The Ministry of Culture has invested a good deal of money in its conservation; as its progressive deterioration led to the loss of a large part of its structures. The author of the palace, Lorenzo Vázquez de Segovia, learned to work on the castle of Pioz and the castle of Jadraque; obtaining the title of “master builder”. He was sent to Italy where he learned about the new techniques that would inspire the construction of the palace. Prior to the town in the Serranía Arriacense, he worked on the project for the Colegio de la Santa Cruz in Valladolid. He would later work on the Convent of San Antonio de Mondéjar and the palace of Don Antonio de Mendoza in Guadalajara. 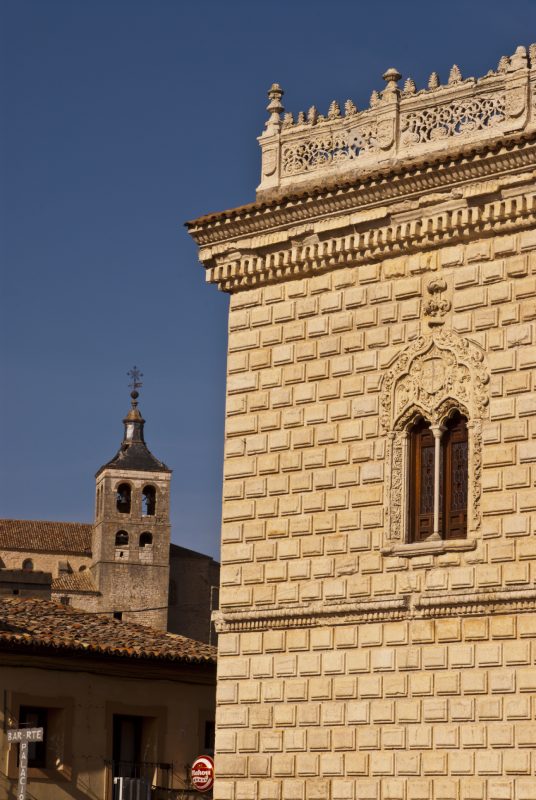 The palace and Cogolludo. | Shutterstock

The main square, the parish church of Santa María, the church of San Pedro, the ruins of the Carmelite convent or the medieval ruins of the castle are some of the other attractions offered by the town. Cogolludo is known not only for its monumental heritage; but also because there you can taste one of the best Serrano-style kid goats in the area. Finally, in chapter XXXI of Don Quixote de la Mancha there is a palace where the Ingenious Hidalgo and Sancho dine with the Dukes of Medinaceli. Curiously, the description coincides completely with that of the palace of Cogolludo.