Albacete is the most populated province of Castile La Mancha and, in addition to great natural attractions such as the Hoz del Júcar and the Ruidera lagoons, it is full of villages with a lot of history. Those who visit this region, without a doubt, should dedicate part of their trip to discover the most beautiful villages of the province. 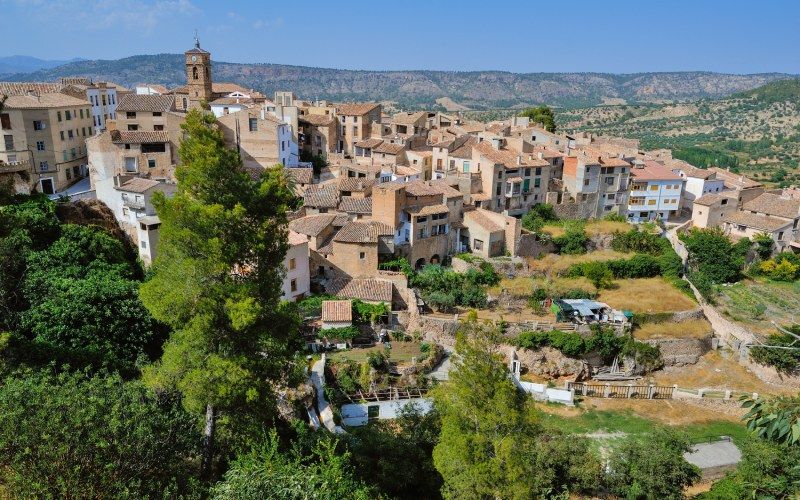 Letur is one of the most beautiful villages of Albacete, so its visit is a must. It is located in the Sierra de Segura and has just 1,000 inhabitants. However, it is a town with a lot to show.

Among its most outstanding monuments are the Church of Santa María de la Asunción, the town hall or Albayacín Street, where you can see clear examples of Islamic architecture. If you have more time, you can also see the Arco de Las Moreras, the Cuesta de Los Molinos and the Jardines del Maestro Fernando. 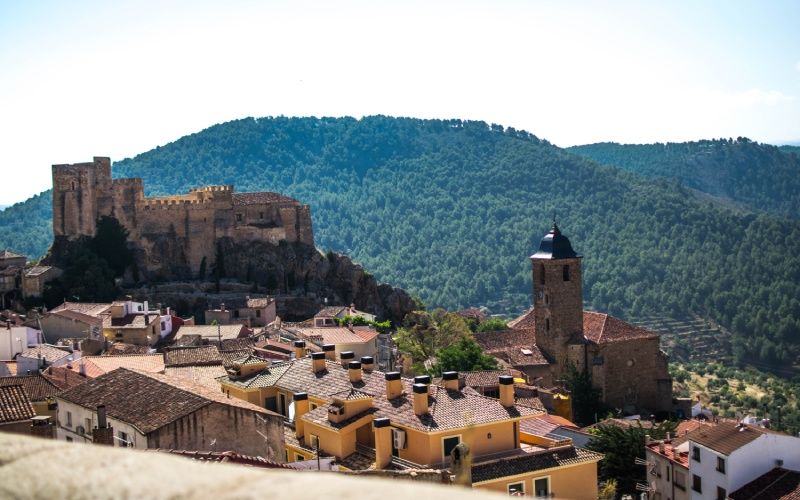 Another of the most striking villages in the province of Albacete is Yeste. The Palacio de la Vicaría, in Renaissance style, and in which lived the vicars of the Order of Santiago, is one of the great attractions of the town.

On the other hand, it also highlights its castle, which is a medieval fortress of the eleventh century. It is of Arab origin and is located in the center of Yeste. In addition, inside you can see an ethnographic museum. Its visit is really worthwhile because it is one of the best castles in Albacete. 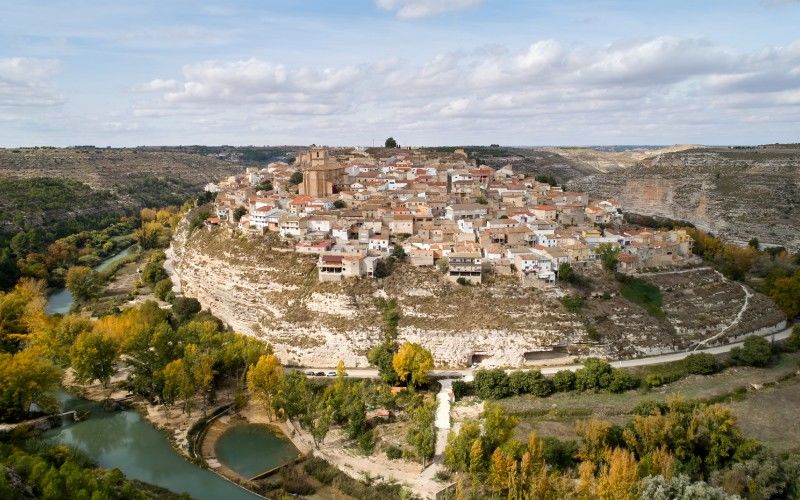 Jorquera is one of the most impressive villages of Albacete if seen from the heights, as it is located on a meander in the Júcar river, hanging over a cliff. . In addition to its privileged location, in this town you can enjoy several places of interest, such as its 12th century Almohad wall, from where there are wonderful views.

Another site to visit is the Church of La Asunción, which is Gothic in style and whose construction dates back to 1577. To finish the visit, you can see the Sanctuary of the Virgen de Cubas, patron saint of the town, which has the particularity that it is carved into the rock. 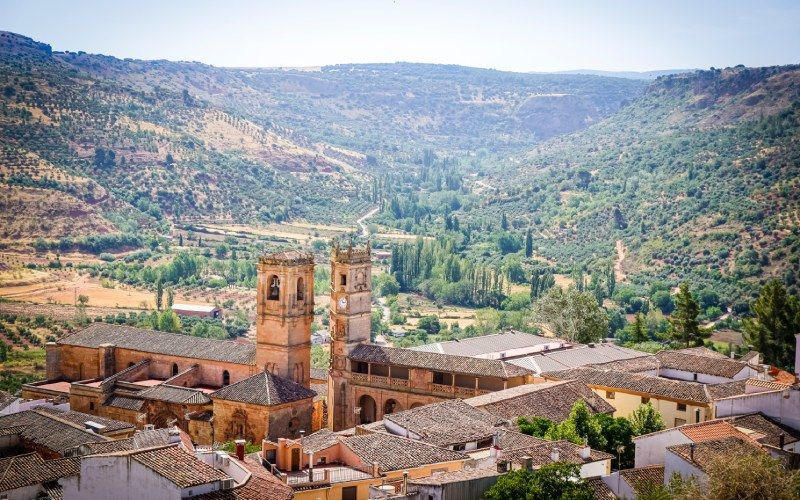 Within the list of the most beautiful villages of Albacete could not miss Alcaraz. It is located in the Sierra de Albacete, specifically on the hill of San Cristobal, and its Plaza Mayor is the main protagonist, where most of the most important buildings of the town are located.

Among these monuments are the town hall, the Lonja del Corregidor and La Regatería, as well as the Church of the Holy Trinity. Next to it is the Torre del Tardón, of Gothic and Renaissance style, forming the most iconic postcard of Alcaraz. 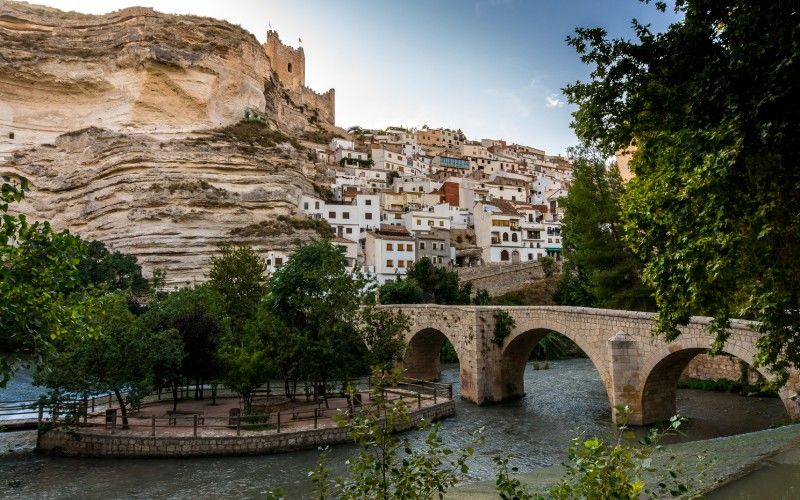 Alcalá del Júcar is one of those towns that seem to be taken out of a fairy tale. It was declared a Historic-Artistic Site in 1982 and since then it has been one of the most visited towns in Albacete. Its castle is one of the great tourist attractions of the place. It is of Arab origin and dates from the 12th century. It can also be visited inside and from there you can get views of the whole town.

Other interesting monuments in Alcalá del Júcar are the Church of San Andrés Apóstol, the Devil’s Cave, the Roman bridge and the Cinema Museum. Finally, if you want to see the town from the outside, on the road you will find several places where you can park your car and enjoy the views of the town. 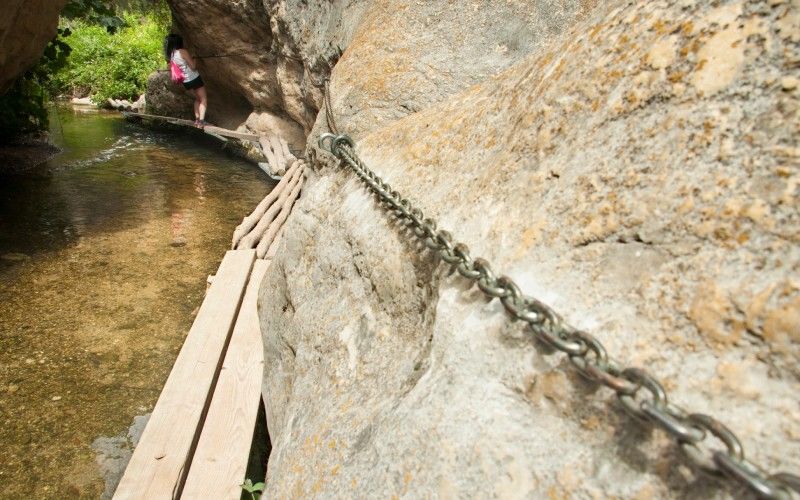 Located in the Sierra de Segura, Nerpio is another of the must-see villages in the province of Albacete. The more than 40 sites, such as the Torcal de las Bojadillas or La Solana de las Covachas, where there are cave paintings, which are declared World Heritage Sites, stand out.

In addition, to continue enjoying its natural environment, you can follow the Zarzalar Route or the Route of the Centennial Walnut Trees. The reservoir and the Taibilla castle are two other magical places that can complete the visit to Nerpio. Undoubtedly, it is an ideal place for active tourism in Albacete. 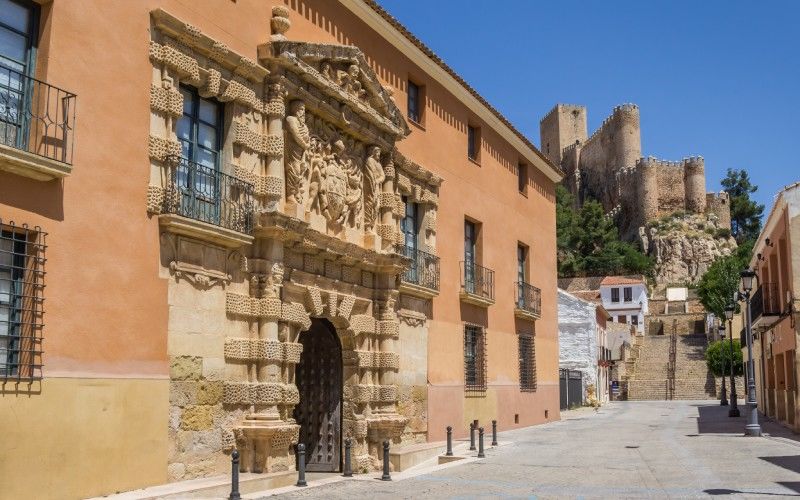 The name of Almansa may sound familiar to more than one because of the famous battle of the same name. Visiting its castle, whose interiors it is possible to know, you can imagine how it would be a dispute of that style in the Muslim era. It is located on the Cerro del Aguila and dates from the 13th century.

Other sites of interest are the Hermitage of San Blas, the Museum of the Battle, the Palace of the Counts of Cirat or the Church of the Assumption, which is in the Plaza de Santa Maria. On the outskirts you can visit the Almansa Reservoir or the Sanctuary of Belén. 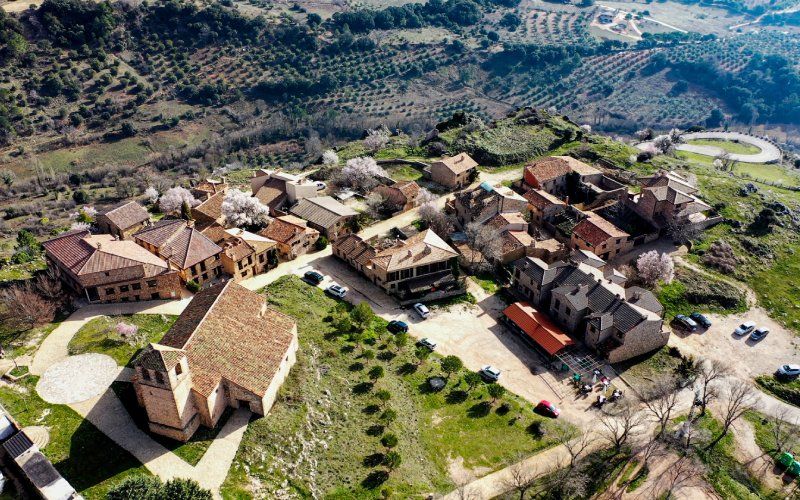 Between the Sierra de Alcaraz and the Sierra de Segura, Riópar Viejo is known as the town of tombs. This is because in its castle there are a large number of tombs, in addition to those in its cemetery. It is currently an abandoned village, but you can visit its remains.

In addition to its castle, there are several viewpoints, a fountain and a cave that are interesting. However, what has best survived the passing of the decades has been the Church of the Holy Spirit. 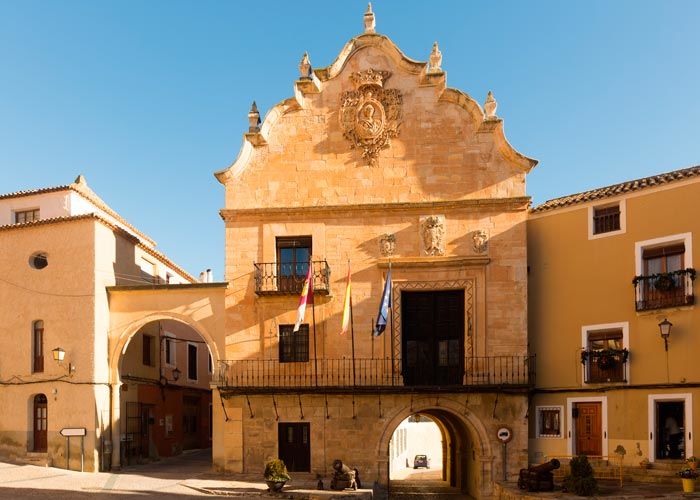 This town with such a curious name is a medieval town that has been declared a Historic-Artistic Site. Getting to Chinchilla de Montearagón is very easy, since it is only 13 kilometers from the city of Albacete. It is also known for its Festival de Teatro Clásico Ciudad de Chinchilla.

As for monuments, its castle has a lot of history behind it, as Iberians, Romans and Arabs passed through it. There are also many religious buildings such as the Church of Santa María del Salvador, the Convent of Santo Domingo, the Convent of Santa Ana and the Hermitage of San Antón. 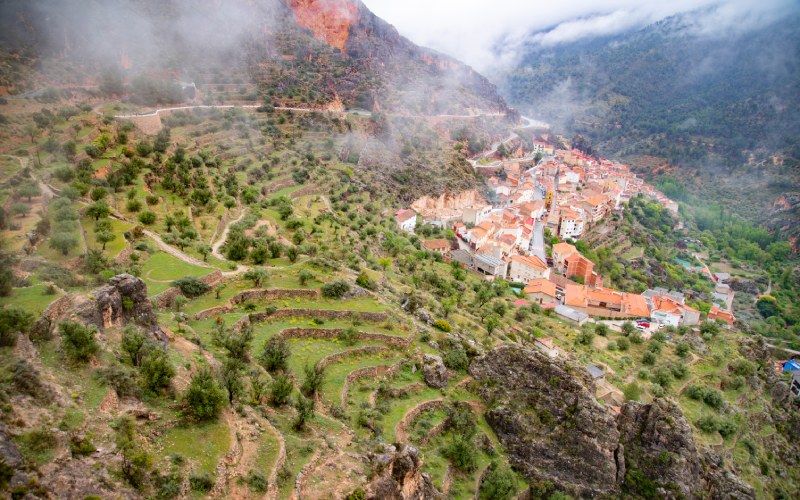 In the Sierra de Segura, next to the Mundo River, is Ayna, one of the most beautiful villages of Albacete. Other outstanding places in Ayna are the Arroyo de la Toba waterfall, the Castillo de la Yedra, the Balcón de Los Picarzos and the Niño cave. A few kilometers away is Alcadima, a semi-abandoned village that can be reached by a trail. 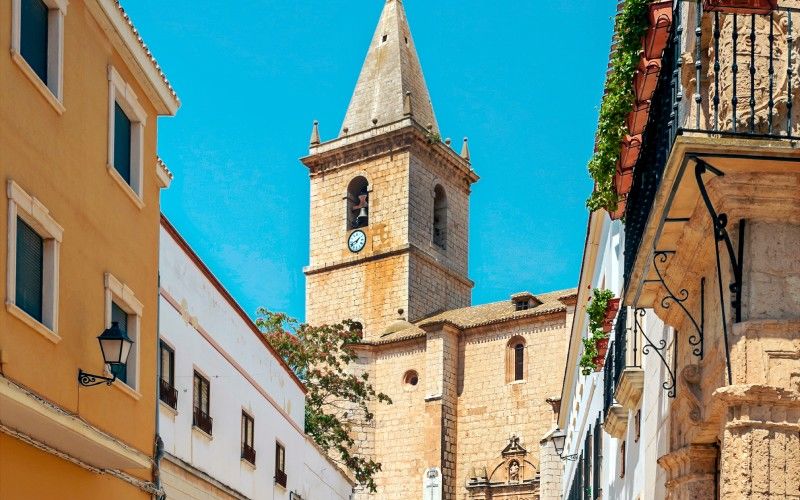 Known throughout Spain for the famous miguelitos de La Roda, it is also a town with a lot to show. Strolling through its Manchegan-style streets is a pleasure while observing its emblazoned houses. Pedro Carrasco Street and the Esquina de Alcañabate are good examples of this.

To complete the visit you can see the Palace of Doctor de La Encina and the Palace of the Counts of Villaleal. The hermitage de San Sebastián and the Posada del Sol are other popular sites in La Roda.

In short, taking a route through the most beautiful villages of Albacete means soaking up its history, enjoying its streets and castles and marveling at its natural surroundings. For those who still do not know this area, you already have eleven good reasons to discover it.