It was in the 19th century when the idea of creating a route through the largest gorge in Spain began to take shape. With 6,350 hectares, the main idea came from British mountaineers and explorers, who would use the pass to reach the Picos de Europa. Along its many kilometers of length you can find large limestone rock walls up to 600 meters high. It is located between the Cantabrian municipalities of Cillorigo de Liébana, Peñarrubia, Lamasón and Treviso. It also passes through Peñamellera Baja, in Asturias.

The road to reach it is the N-621 today. Its almost vertical walls are usually occupied by climbers, as well as its long paths frequented by travelers and hunters. However, it stands out for being an area of special protection for birds. Among them are eagles, vultures, chamois and capercaillies, the latter in danger of extinction. Regarding the vegetation that populates the place, cork oaks are mixed with oaks and beeches, typical of the Atlantic forest. You can also enjoy the holm oaks found on both the Cantabrian and Asturian sides. 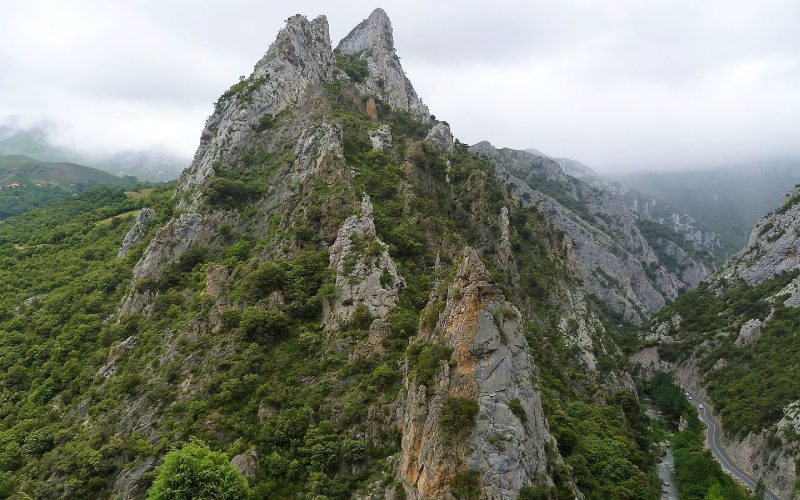 History of an impressive route

Desfiladero de la Hermida, is 21 kilometers long, making it the longest in the country. The new pass began to be built in the 19th century, mainly to transport the wood produced by the forestry industry in the Picos de Europa. Specifically, the first road through which it was possible to travel dates from 1863. Among the hills and gorges that overlook the gorge you can find prehistoric paintings more than 20,000 years old. There is no shortage of towers built by the Cantabrian peoples to protect the territory from a possible invasion by the Castilian population, and later by the Romans. 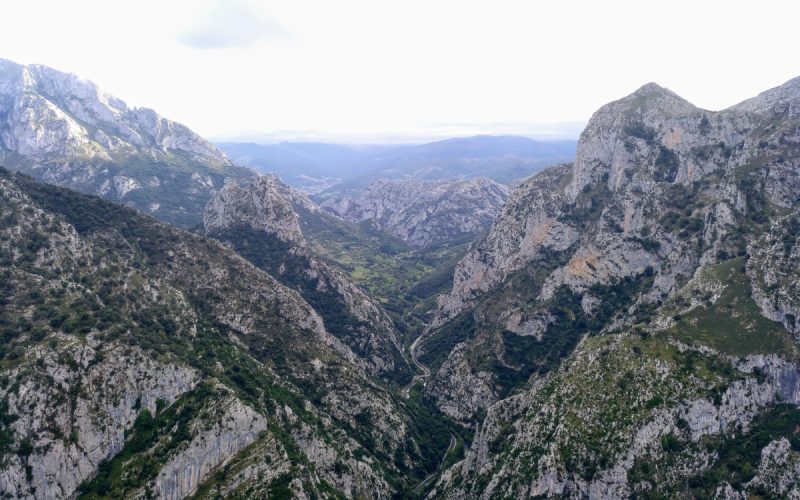 When that first route was built in 1863, it also opened up a world of new possibilities. Liébana and the gorge were regions with mining and industrial wealth. This union in trade had already been tried before, but at that time and thanks to Belgian and French money, it was possible to establish an access route to transport minerals. By the end of the 18 th century, the road was already being used for this purpose. Today, the route has exactly 174 rather narrow bends that look as if not even a car could fit through them. In fact, some of them are less than 25 meters in radius.

The nooks and crannies of the Desfiladero de la Hermida

There are countless corners within the Desfiladero de la Hermida that are worth visiting. One of these places is its Via Ferrata, one of the first in Cantabria. There you will find Tibetan bridges that are not suitable for those who are afraid of heights. These wooden structures are perfect for people with a passion for adventure. Next to them are stairs that lead directly into the Deva River. Another of the key points are its viewpoints. Castro de Verdeja is in Linares, although the most famous is Santa Catalina. 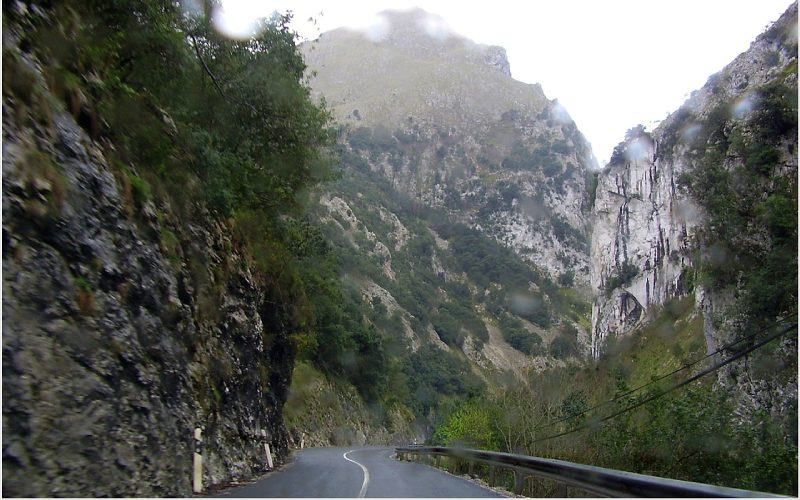 Of course, its 60-degree thermal water pools are also remarkable. Although the first spa that was built closed its doors in the 1940s, it was renovated and reopened in 2006. The site is still the same building built in the 19 th century, which is almost a museum in itself. Not to be forgotten either are the villages along the way. Panes, Unquera, Caldas, Linares, Potes, Lebeña and La Hermida, which gives its name to the gorge itself. All of them have stories to discover, as in Lebeña, with its pre-Romanesque church of Santa Maria, which also has a virgin carved in the fifteenth century. In Potes you can visit the Torre del Infantado, a fortification where Iñigo López de Mendoza lived.

It should also pay attention to La Hermida and its hermitage of San Pelayo, which is eight centuries old. To finish and get the best views of the Picos de Europa, it remains to go to Fuente Dé. There you will find the cable car that connects directly to the Mirador del Cable. Arriving at the top you can have a perfect panoramic view of both the Picos de Europa and the valley of Liébana. Its height of over 1800 meters, is perfect to reflect the place in all its splendor.

Legends through the gorge

There is no doubt that a place with as much history as the desfiladero de la Hermida, hides in itself some legend that has transcended time. And, in fact, hides several, like the one that says that in the viewpoint of Santa Catalina Muslims played bowling with gold balls. And that is why this area is also known as the Moorish bowling alley. Likewise, the gorges are associated with traditions such as those of the Ojáncanu, an ancestral Cantabrian cyclops. Another of the stories that populate the place is that of the Tears of Don Pelayo. As mentioned above, one of the visits on this route passes through the Deva River. In it there are seven salmon reserves, one of them called “Las lágrimas” (the tears). It is named after two large rocks at the foot of the river that legend says are the result of the weeping of the medieval lord. 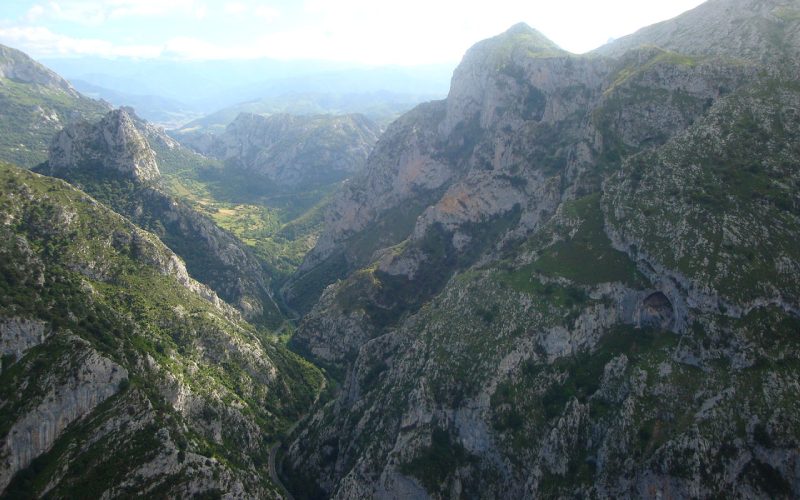 At that time Don Pelayo lived in Bres and Al Qama, general in command of the Arab army by order of Munuza, was going to attack his troops. Don Pelayo and his army went to the Auseva mountain and hid in the Covadonga cave to surprise his enemies. They were victorious and the enemy general had to flee because of his defeat. But the consequences were also negative in the short term for Don Pelayo, since, due to the fight against the Muslims, there were landslides in the gorge, leaving many men buried. Devastated by that loss, he wept and legend has it that those tears became the rocks that can be found today on the banks of the Deva River.