Natural viewpoint to the sea

Plan your trip to Cudillero

The beautiful seaside town of Cudillero has many attractive places to walk and monuments like the Quinta de los Seglas, but not in such quantities as to be entertained for more than a day. It is located in the middle of protected landscape of the Asturian West Coast, which itself can be found in the vicinity of a number of beaches for all-all tastes great beauty naturally and the Bog of Dueñas, the largest lagoon of Asturias. If we continue our break near there we so attractive towns such as Muros del Nalon, Pravia or one of the cities most atmospheric of the region: Aviles.

The territory is full of castreñas buildings: La Garita (Oviñana), La Cavona (Lamuño, San Martin de Luiña), the Curio (Santa Maria de Piñera) and the Castro (Peñedo, San Juan de Piñera). Throughout the Middle Ages the term concejil was mentioned for the first time in a document dated in 1285. It is a donation made by Arias Gonzalez Valdes Tineo Obona monastery.

Between the thirteenth and sixteenth centuries the place was dominated by the Casa de Omana, family owned feudal rights. This lordship had his plot in Palacion, also known as Castiallu, now occupied by the town hall, built in the nineteenth century near the church.

Its inhabitants came to fish off the coast of Flanders, England, Scotland or Portugal, in search of fishing grounds. Similarly, many participated in the siege of Gibraltar, and in the campaigns of conquest of Sevilla and Florida.

During the Modern Age, the village Pixueta (the term comes from the word pisces, related to the occupation of fishing) grows considerably and sits as one of the main fishing centers of Asturias. This had an impact on its port, whose renovation began in 1787. 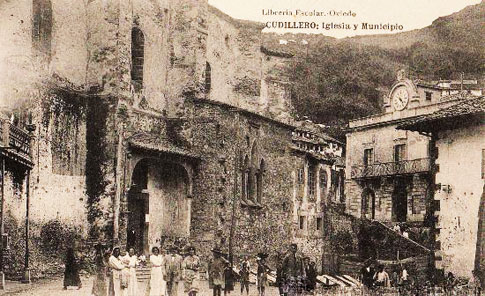 The Church and the Municipality of the old Cudillero.

During the history of Cudillero, it depended administratively on the council of its neighbor town, Pravia, until 1837. By the end of the century, the family Selgas started building in the heart of El Pito after amassing a vast fortune in Madrid.

Republican active center in the thirties of the twentieth century, in August 1936 it became war front to be attacked by the Galician columns that were trying to help the rebels in Oviedo.

What to see in Cudillero

The town of Cudillero is distinguished by the narrow and steep streets from the port, running through the town. Next to the messy welter of houses, you can see fishing barques, usually located in front of the gates.

The main monument to see in Cudillero is the Parish Church of San Pedro (S. XVI), large temple financed by just one hundred and fifty neighbors who lived in the port; in its interior the baroque image of “St. Francis of Assisi”, attributed to Antonio Borja.

However, the oldest religious building of the town is the recently restored chapel of the Shrine, which dates back to the thirteenth century, but has come very transformed. The marine culture has its place in the Educational Center of the Pixuetos and the Sea, installed in the former rula (fish market), where you can enjoy an entertaining explanation of the relationship of its inhabitants with the sea.

Another place of interest is the Church of San Martin de Luiña (S. XVIII), a magnificent building of three ships with characteristic square tower at the foot in the area in which they were allowed to be inside the temple perfectly delineated. Very close and 8 km from the city council worth a visit another ecclesiastical foundation, the Church of Santa Maria de Soto Luiña built in the seventeenth century whose altarpiece, baroque. 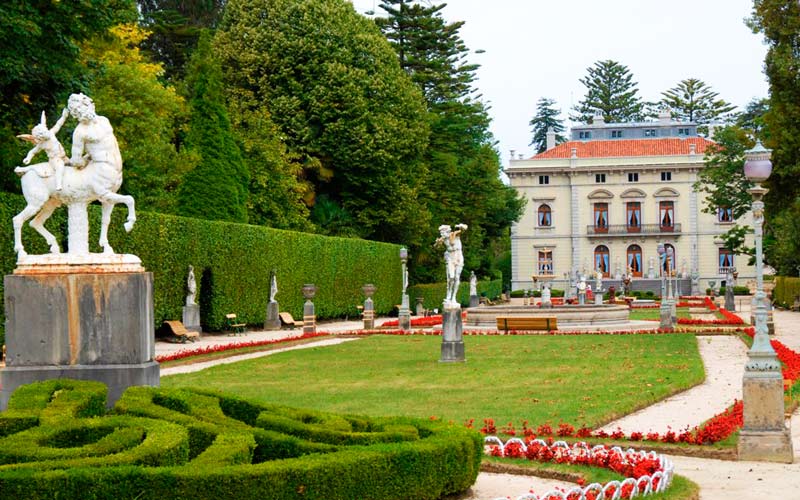 Only a kilometer and a half from Cudillero is the Quinta de los Selgas, a true palatial mansion maximum interest located in the small town of El Pito and managed by a foundation. The palace, designed in 1883 by the scholar of pre-Romanesque architecture Fortunato de Selgas, is surrounded by extensive and valuable historical gardens including woodland monumental size and different styles accompanied and enhanced by statues and ponds.

Inside there is a library, numerous furniture and works of art among which “Hannibal the Conqueror who first look at Italy from the Alps” (1771), rediscovered as the first known work of Francisco de Goya.

In the collection there is an extraordinary set of tapestries displayed in separate pavilion, plus a number of other refined porcelains and decorative objects that adorn lounges and a small alcoves “Assumption of the Virgin” attributed to El Greco is preserved. Finally, there is a collection of furniture and teaching materials that constitute the Museum School. 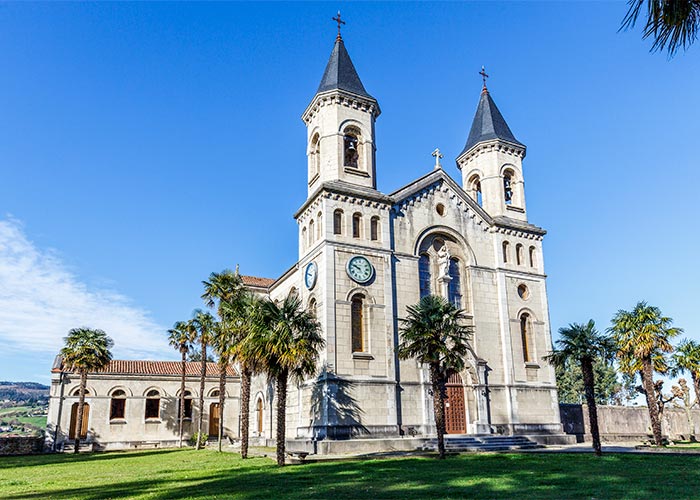 Quinta de los Selgas in El Pitu, next to Cudillero.

This council has places of great ethnographic value as the Valley of Faedo and sandbanks renowned as Concha Artedo (accessible by car and provided with services and restaurant) or the long sandy beach of Ballota, a town which gives its name to a large bridge with a span of 190 meters.

It is a coastline contour included in the protected landscape of the West Coast, with beautiful spots such as Cape Vidio, surrounded by natural beaches and estuaries, and the peat bog of Dueñas, the largest pool of Asturias where we can see the very rare marsh violet.

The personality of the pixuetos is faithfully reflected in their festivals, which dances like the Perlindango (the name of an apron worn by women in this female dance, in which the villagers sing romances) are danced. Other common dances of the coast are the Descasao, the Sortripao, the Giraldillas, and Danza Prima.

This town is part of the network of Villas Marineras that stretches for other northern communities and groups the also Asturian Ribadesella and Llanes, at Baiona, Sanxenxo, Ortigueira and Viveiro Galicia and Cantabria San Vicente de la Barquera, Santoña and Laredo .

ASTURIAS, fishing villages, most beautiful villages, mountain villages
It may interest you...

9 mountain villages in Asturias to get lost
Asturias is one of the most beautiful regions in Spain. Anyone who has visited the Más información