There are magical places. Places that stay with a little piece of the soul. Places that awaken tired eyes and revive hearts. The impressive Cioyo waterfall is one of them. A powerful spring that is born from the sky and falls with the force of nature forming a small lake of blue-green water. A stop in the frenzy of the world to reconnect with oneself, a sigh of relief that emerges from the earth itself. 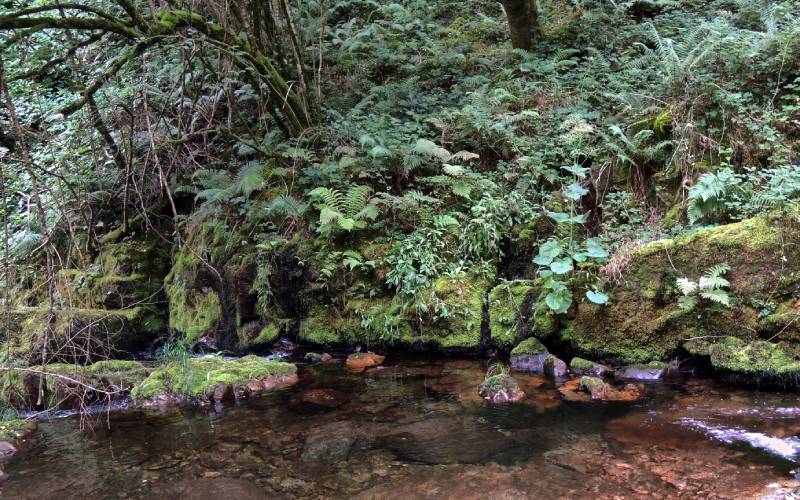 Section of the route to Cioyo waterfall. | Shutterstock

They say that the breathing of the planet begins with the movement of water. Whether this is so or not, the truth is that this incredible natural spot is a real respite for those who manage to reach it. Surrounded by lush vegetation, lower level waterfalls and the constant whisper of the Porcía River, this impressive waterfall is the perfect setting for a pleasant tour through one of the most beautiful Asturias. And who knows, maybe a xana will be spotted along the way.

A good approach to the beautiful Cioyo waterfall is starting from the picturesque coastal town of Castropol. This town holds many wonders. One of them is the perfect synchrony between the strong blue of the Cantabrian Sea and the lush forests of the Biosphere Reserve of Río Eo, Oscos and Terras de Burón. With such a combination, drawing the rest of the canvas is an easy task. 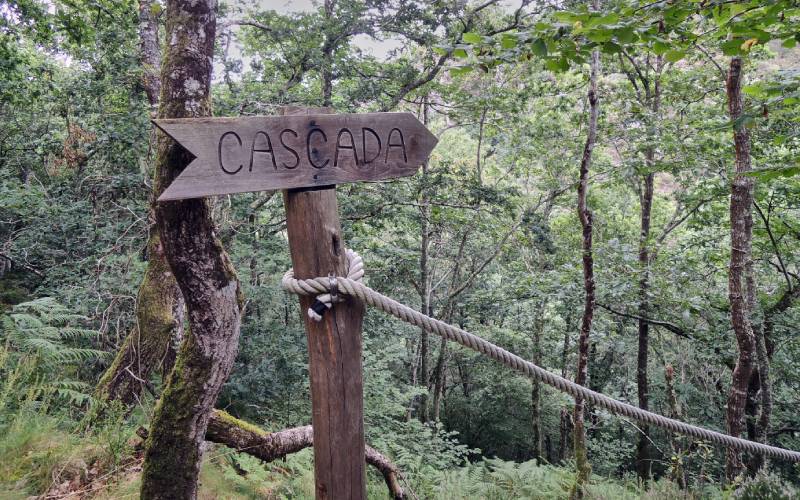 Towards the Cioyo waterfall. | Shutterstock

The most advisable way to reach the route is to go from Castropol to Penzol. Once there, take the detour to Vilarín. During the next kilometer the landscape begins to introduce the explorer to the charm of a magical northern forest. The green begins to become more present and the smell of damp earth can almost be tasted. Before finding the route itself, there are two points on the map that are interesting.

One of them is the Sestelo building. A large paper mill belonging to the nineteenth century that was used as an orphanage during the Civil War. In its vicinity also reside an old power plant and a dam. A little further on are some abandoned schools that, combined with the beautiful landscape that begins to be discovered, leave the imagination free. It is precisely here that the adventure begins.

In search of the Cioyo Waterfall

They say that to find the magical waterfall you have to get lost among the winding paths that lead to it. After leaving the old schools behind, a path begins where you have to pay close attention to see some arrows that indicate the detour to the waterfall. From here the path turns to dirt and the landscape could well belong to a fairy tale. 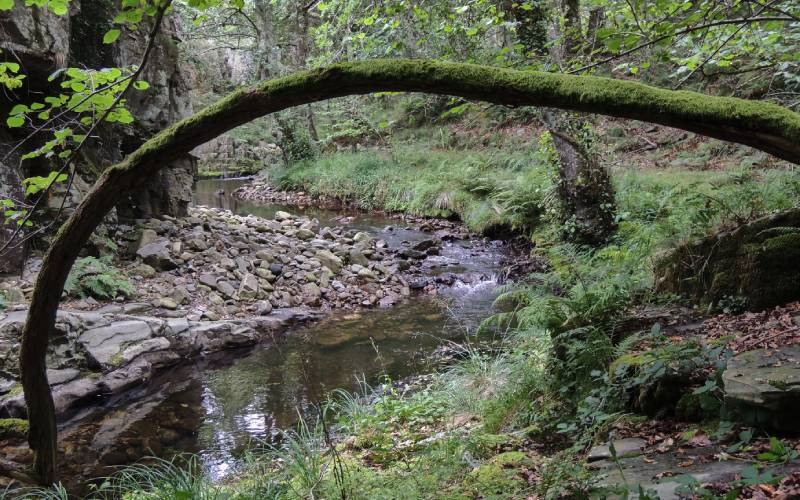 After this first presentation, begins a descent to the river through some natural “stairs” formed by stones. Although it may impress at first, the great luck is that at all times there is a rope to help you down. Along the way there are some signs that lead directly to the waterfall. Once at the height of the river, the only thing left to do is to follow its course upwards.

A few minutes away, majestic and imposing, the Cioyo waterfall welcomes the visitor with the elegance of natural wonders. A huge jet of water that falls refreshing the surrounding vegetation. The ideal setting to enjoy a well-deserved respite and a dip, for the bravest. In this waterfall the hours run by themselves. There is no time, no hurry, nothing to alter its calm atmosphere. 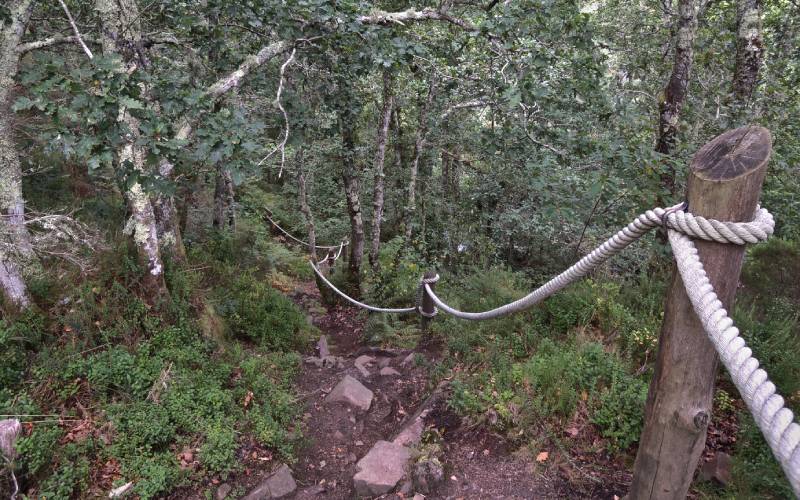 The more adventurous may want to continue exploring the magic of the place. In which case, the best thing to do is to follow the river uphill to find two more surprises. Two smaller waterfalls than the first one serve as a small reward for tired feet. A typical environment of the northern forests that remains forever in the retinas of those who contemplate it.

The home of the Xana in love

Many people come to the waterfall attracted by the legend of the Xana and the young man. According to the voices of the nearby villages, many years ago there lived in the forest a Xana who fell in love with a shepherd who lived in a nearby village. He would go every afternoon to take a nap on the river bank and she would watch him hiding. One stormy day the river swept the shepherd away, putting his life in danger. The Xana, to prevent the young man from falling, created a small lake at the end of the waterfall where the man fell and was unharmed. Since then, it has a small pool ideal for cooling off on summer days. 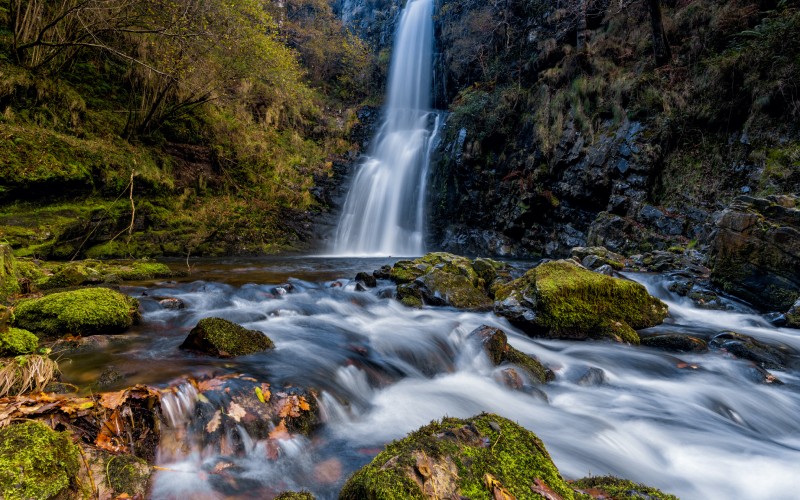 Trasgus are very cunning goblins that are dedicated to taking valuable objects from humans. Their curse is to have a hole in each hand through which the things they take escape. For this reason, it is common in Asturian houses for objects to mysteriously change places. Finally, the cuélebre is a large winged snake that drives shepherds crazy. It lives in deep caves and steals livestock. Sometimes it can guard the treasures of the xanas.

From the Eo to the heart of Asturias

Having the opportunity to enter the immensity of a Biosphere Reserve is the dream of any nature lover. The Cioyo waterfall is located in a reserve famous for its oak, chestnut and pine forests. There are so many shades of green that it seems that the landscape never ends. Near the Porcía river, hazelnut, willow and ash trees abound. The fauna is also varied. Among the most common species are the wild boar, the fox, the roe deer and the sparrow hawk. 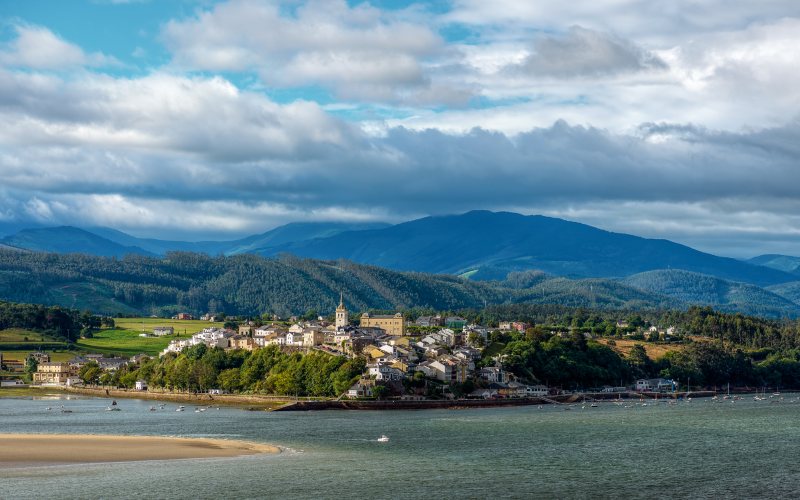 The picturesque village from which the adventure to the waterfall begins is the perfect place to rest after exploring the Asturian forests. Its aroma of the sea and the delicious gastronomy that can be tasted in any of its restaurants will make anyone fall in love with it. In addition to being a highly recommended place to rest and regain strength, Castropol stands out for the beauty of its historic center.

In a quiet walk you can see its chapels, the typical Asturian houses, palaces and peaceful squares where having a snack is almost a must-stop. Among the lively chatter of its friendly inhabitants, it may be mentioned that a “trasgu” has been seen in the area. Or that the day’s fishing has been good. Or that there are some very good mussels. And, in case someone offers them, the answer is always yes. The promenade is also a perfect option to walk along while, for example, enjoying an ice cream. 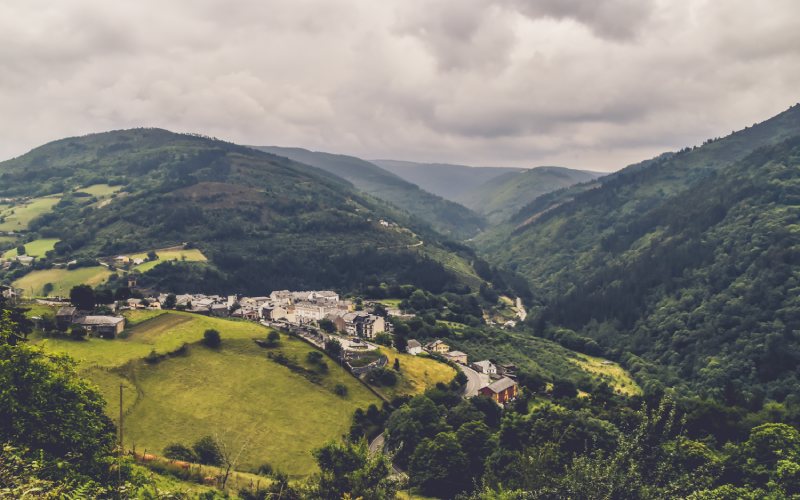 It is well worth visiting the villages surrounding the Cioyo waterfall. A few minutes from Castropol are the municipalities of Taramundi, Ribadeo, Navia and Castrillón. Small Asturian jewels that hide wonders in the form of traditional crafts, delicious dishes and both sporting and cultural activities. The ideal accompaniment for a few days of rest and adventure in the magical lands of the north.

ASTURIAS, legends, nature, waterfalls
It may interest you...