Flecha del Rompido is, literally, an arrow. One that increases its size every year and separates river from ocean with this elongated shape that has surprised, all his life, the locals. And that surprises, of course, visitors unaccustomed to stop at such a phenomenon, so particular. La Flecha del Rompido is a rarity, a singularity that adds value to the mouth of the Piedras River and the town, El Rompido, which enjoys it all.

To make the summer more bearable by enjoying the places where you can take a dip, we bring you these types of posts. So it is not enough that this beach is one of the most emblematic of Huelva: it has to have a space to soak. Well, there are some. 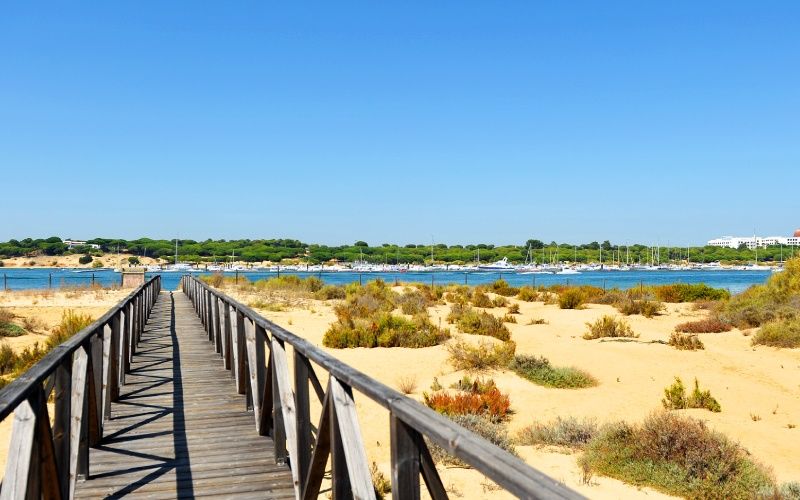 The keys of the Flecha del Rompido

First of all, you should know the particularities of the Flecha del Rompido. It is a tongue of sand more than 13 kilometers long that runs parallel to the coast, separating the waters of the Piedras River from those of the Atlantic Ocean. This formation, unique in Spain, finds its origin two hundred years ago and its culprit in the river itself, as it was born with the sediments that it continues to carry with it to the ocean.

As this river continues to flow, the sediments continue to grow. Therefore, so does this tongue of sand, which increases in size about 30 meters each year. The rising tide also causes the creation of natural lagoons that make up the Natural Environment of the Marshes of Piedras River and the Flecha del Rompido. That is to say: it is a unique phenomenon. 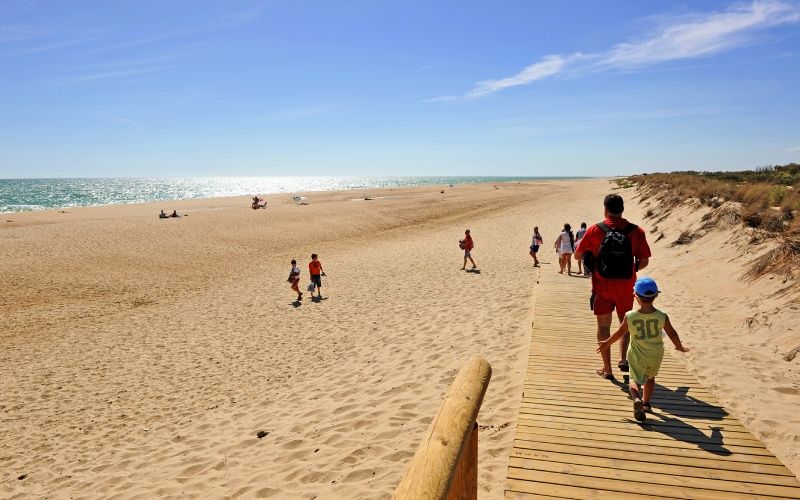 A unique phenomenon in which a large beach of white sand and crystal clear waters stands out. The beach of Nueva Umbria is, as they say, one of those of yesteryear. Practically virgin, its difficult access is justified when you think that it is a place that has escaped the overcrowding and construction that some natural sites suffer. The difficulties that are crossed to reach it, in addition, are compensated with the beauty that is found in the place. It is a nudist environment, although in recent times there are many tourists who, without knowing this feature and without practicing it, approach it attracted by the landscape they are discovering.

It is, however, one of the most beautiful beaches of Huelva and, in general, of the entire Costa de la Luz. Spacious, several kilometers long and very quiet, despite the fame it has gained in recent years. In addition, the feeling that one has in the place is that of being on an island, so it adds a point of isolation ideal for disconnecting. It also has spectacular sunsets. As those that can be seen, in fact, from all the Flecha del Rompido.

Spots near the Flecha del Rompido 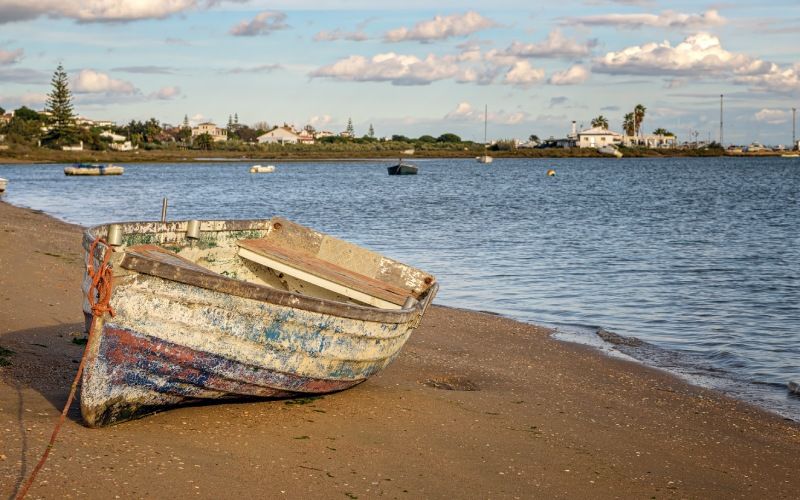 El Rompido is a fishing village, one of the most beautiful in Huelva | Shutterstock

Knowing the Flecha del Rompido means knowing, of course, the village that gives it its name. Located in the municipality of Cartaya, El Rompido is a beautiful fishing village that has managed to preserve, like the beach mentioned above, the essence of the traditional villages. Its architecture is typical of a place that lives from the sea and its layout also shows the past that characterized the place, as everything is distributed thinking of the marine environment.

Its small, white houses stand out, among which the visitor will feel welcome and at ease. It also has an urban beach of more than a thousand meters. Ideal to spend a day with the family, among its fine white sand, very much in keeping with what is this corner of Huelva.

It is also interesting to approach to the two lighthouses that watch the ocean from El Rompido. The first has a height of just over ten meters, but a great historical importance. It was erected in the nineteenth century to mark the mouth of the river and was in operation for a long time. However, it ended up being too small. It was then that its big brother was built, which, with its 31 meters high, began to operate in the middle of the last century. Today they can be visited.

A wild beach in a unique environment 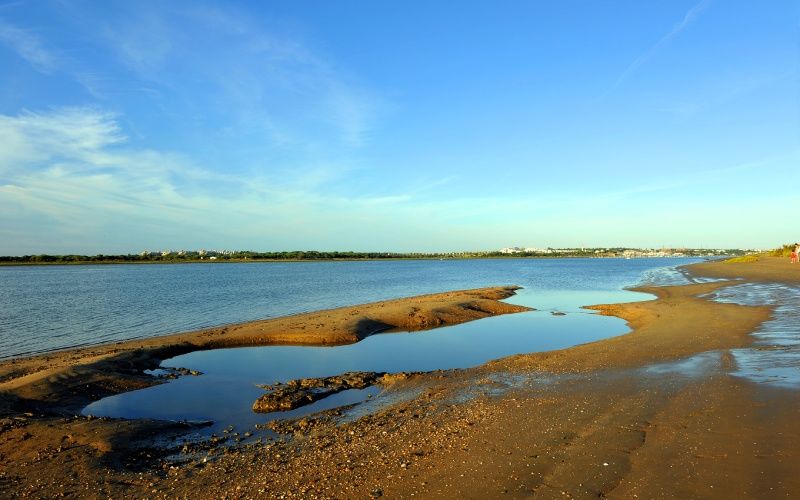 Because bathing in the crystal clear water of the beach of Nueva Umbría means, in addition, to know a unique place in the peninsula. That arrow that extends along 13 kilometers is a surprise for the five senses. You can admire it from a distance or walk along it while enjoying its peculiarities, its flora and fauna. That feeling of being in the middle of the ocean without having completely left the land.

Andalusia, beaches, Huelva, nature, weekend getaway
It may interest you...