Huelva is one of the most charming provinces of Andalusia, and not only because it is home to the Doñana National Park. It is also because, beyond the big cities, Huelva hides dozens of villages that year after year have earned the recognition and interest of tourists. From fortified towns, harbours with history, natural landscapes, to the little white houses that make you feel like you are in a holiday postcard. Here are 11 beautiful villages in Huelva that invite you to get to know them and enjoy the charm of these lands. 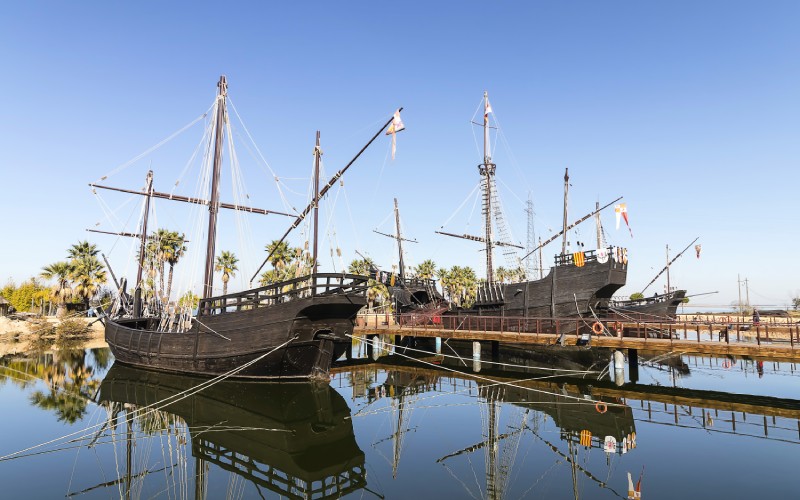 This may be one of the most well-known towns in Huelva, and not without reason. It was from Palos de la Frontera that Christopher Columbus set sail for the Americas in the company of his three famous caravels. That is why, still in the harbour, you can see a recreation of the three ships to commemorate this discovery.

But that is not the only thing that gives life to this place. The monastery of La Rábida was declared a National Monument more than 100 years ago. It also has several museums where you can delve into the history and findings of that first great Western voyage to America. 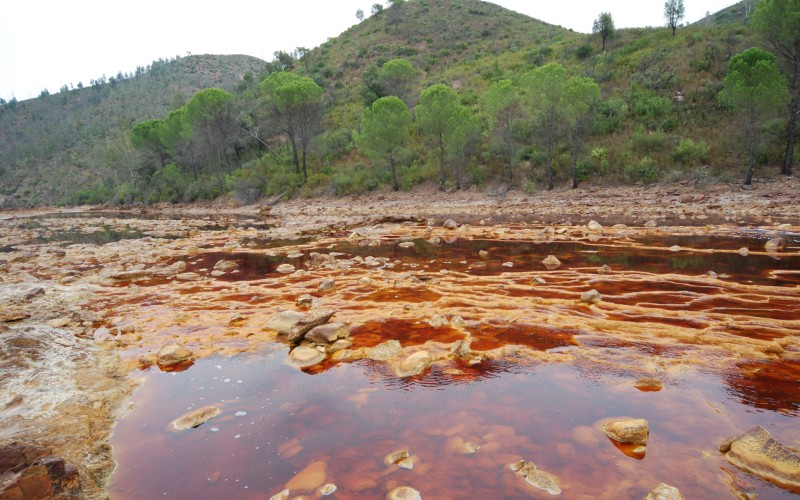 This town in Huelva has become a much sought-after spot for lovers of cinema and fantastic scenery, and it owes it all to its famous mine. For years, this place was the center of an important mine and now its remains have left a unique landscape full of craters, vegetation, remains of locomotion and earthy coloured waters that are not easy to forget. Once there, you have the possibility to take a train ride through the old mine and soak up more of the extraordinary and special atmosphere. 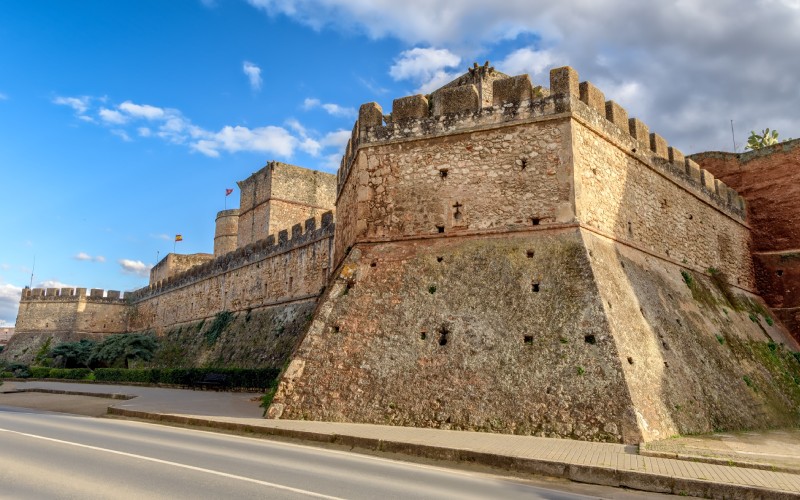 Niebla is one of the most beautiful villages in Huelva, with an outstanding and well-kept structure and architecture. It is located on a hill on the banks of the Tinto River. It has a large walled enclosure and the Castle of Niebla, a legacy of the Almoravid period. This place has earned its place as one of the best preserved in the country.

Among its streets, you can feel at every step the Muslim and Christian heritage that coexisted for so many years with a mixture of Oriental, Mudejar and Gothic styles. Also, on the outskirts of the village, you can visit some funeral enclosures that date back to 2,000 BC and that, without a doubt, will not leave anyone indifferent.

Almonte and the village of El Rocío 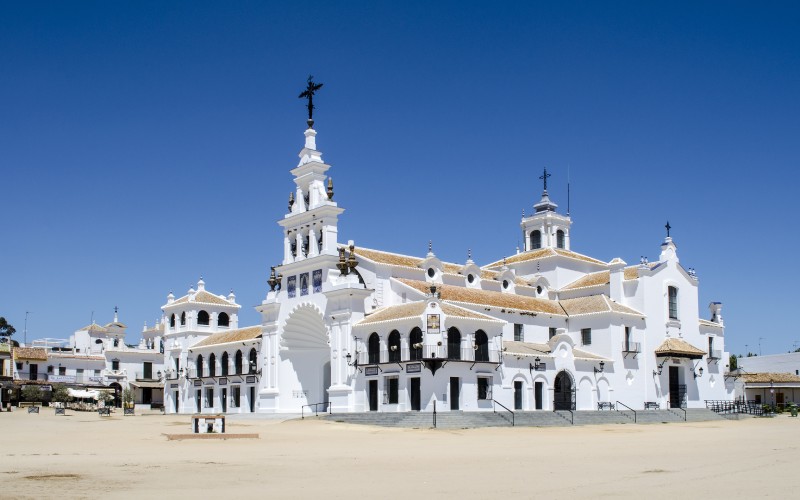 The village of El Rocío. | Shutterstock

But Almonte is not only famous for providing access to this unique landscape, but also for having one of the most charming and devotional villages in the whole country: El Rocío. This small village is known by all for its little white houses, its desert atmosphere and its Chapel of Virgen del Rocío, where the consecrated Blanca Paloma is found and which, year after year, attracts thousands of devotees.

Ayamonte and its beaches 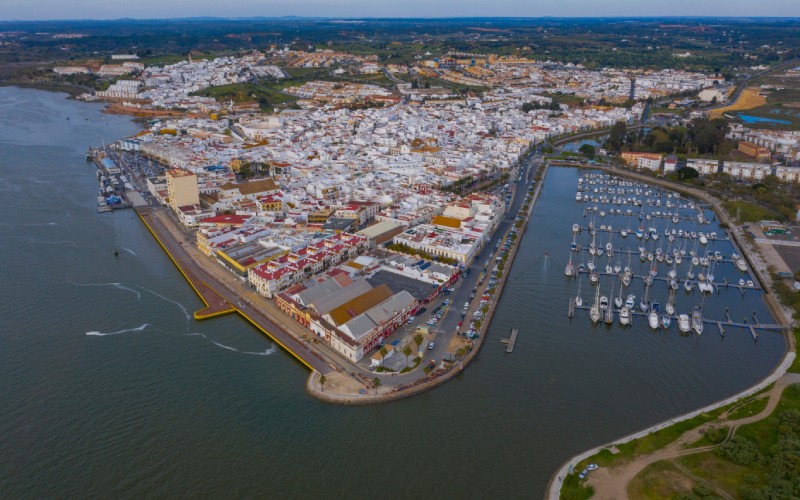 Ayamonte is one of the furthest villages from the capital of the province, exactly 55 kilometers away. It is located very close to the border with Portugal. The town has interesting places such as the parish church of El Salvador or the Church of Nuestra Señora de las Angustias.

However, what makes this small town unique are its huge and popular beaches. Its location is very privileged and that is why it has great beaches such as Isla Canela or Punta el Moral. In addition, the marshes of Isla Cristina are one of the biggest natural attractions and it is ideal for sports such as windsurfing or sailing. 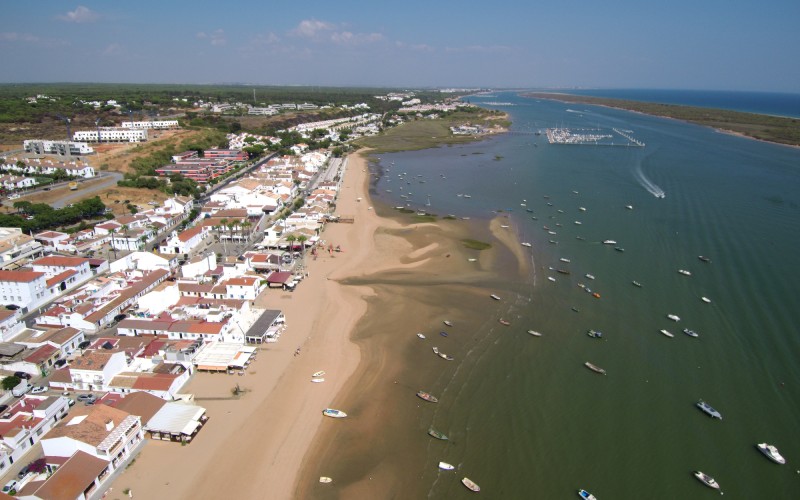 It may not be one of the most striking towns on this list, but the beaches of El Rompido will certainly conquer anyone. In particular, the beach of Nueva Umbría, located in the middle of the natural area of La Flecha. This long, sandy beach is ideal for people looking for calm and unknown places. The waters of this beach are between the immensity of the Atlantic and the river Piedras.

This small natural oasis is well connected to other places of interest, such as the Doñana reserve itself or the Isla Cristina. So, if you are looking for a holiday in the countryside, El Rompido could be the perfect place. One of the most beautiful villages in Huelva. 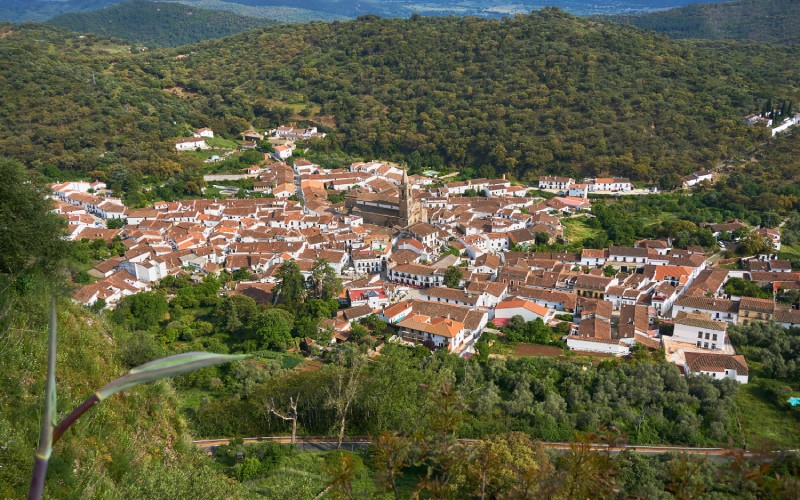 Alájar is located in one of the most privileged settings in the area as, at 800 metres above sea level, it is positioned within the Sierra de Aracena y Picos de Aroche Natural Park, a huge and important reserve in the area. Lovers of hiking and nature sports will be delighted and satisfied.

The village is also famous for the Peña de Arias Montano, the theologian after whom it is named, the Peña de Alájar and a large number of caves that make it a place of worship in nature. 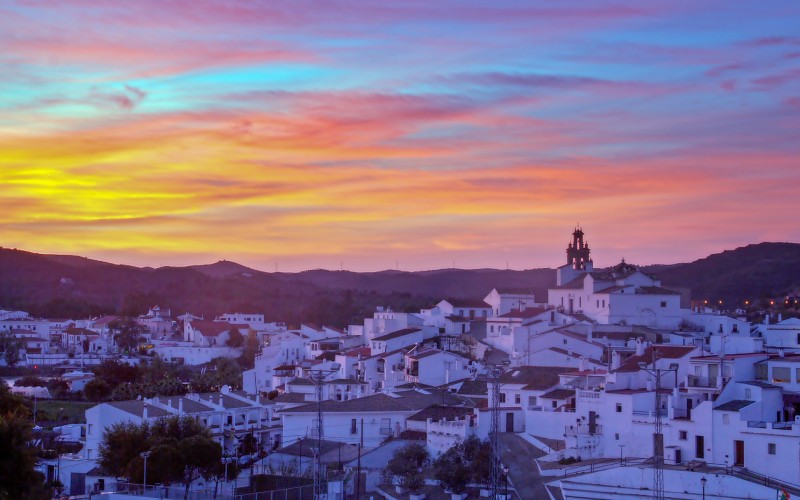 This place, as its name suggests, is located on the banks of the Guadiana River on the border with Portugal and, despite being very small, its location makes it a beautiful place to visit.

The village is filled with low, white houses along the banks of the river. From one of its main attractions, the Castillo de San Marcos, at the top of the hill, you can enjoy privileged views of the whole town and the river landscape. 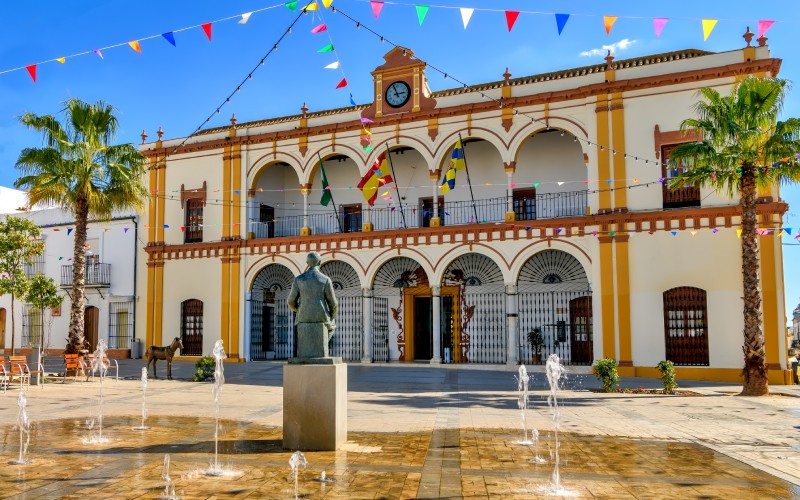 The Cabildo of Moguer. | Shutterstock

It is in the Plaza de las Monjas where we can find a tribute to this famous novel with the sculpture “asnografía”. There is also a monument to Columbus which makes a visit to this village a cultural experience. The village is full of life and activity in the streets, and has several places of interest such as the Church of Nuestra Señora de la Granada. 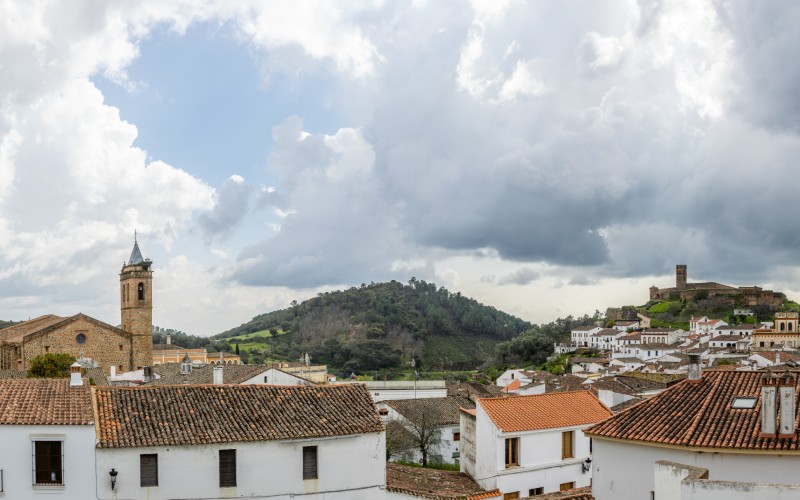 This village is one of the places in Huelva that has the greatest cultural weight in terms of the Muslim legacy that Andalusia had for years. The town’s historic center still conserves its walls, the bullring and the old mosque. All this makes it a historical and cultural attraction for the curious visitors. Nowadays, all the heritage has been preserved and adapted to be used as a cultural centre where the new and the old coexist. 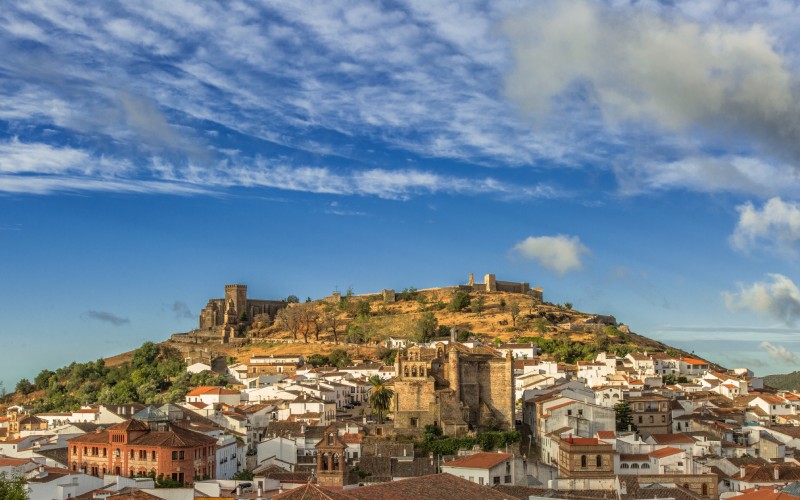 Aracena is one of the villages on this list that best preserves and projects the Andalusian style that many people seek. Its privileged location places it in the heart of the Sierra de Aracena y Picos de Aroche, so it can be a good option for people looking for a natural environment. On the other hand, the interior of its narrow streets of white houses are a great attraction for all those who want to have peace in the purest Huelva style.