The capital city of the Tropical Coast is a big port locality tracing back to the Muslim period, known for the production of tropical fruits as well as for being the scene of several rebellions and innovations that took place there.

Plan your stay in Motril

A complete day should be taken to complete and enjoy all the activities that this town offers. Among the things to do in Motril we highlight seeing the architecture, museums and the theater, and visiting the Peoples of América Park or the Mountain Ranges of Alhama, Tejeda and Aljimara Natural Park. Sunbathing on the beach is mandatory, and could be a reason for extending your stay in this town. There are some surrounding localities that are fascinating as well: Salobreña, Almuñecar and the very fabulous Granada.

What to see in Motril

Surrounded by beaches and beautiful weather, Motril is a gorgeous locality very much affected by its turbulent history. You should start your visit in the Palma House, located in the town center Salobreña Avenue. It is a house built upon an old Muslim sugar factory from the 16th century. Nowadays, it houses the Culture House where you can visit the Sugar Preindustrial Museum, which reproduces how sugar was made, thanks to the archeological sites of the only sugar factory that has lasted until today in Spain.

The Calderón Theater (1880) was built in an Italian style architecture. The Town Hall (1631) in Plaza España stands out with Mudejar coffered ceilings at the entrance and in the Boardroom. There you will also find the fortified Encarnación Main Church, which was designed to protect the inhabitants of the town against the Berber ships. It was built in the 16th century upon the site of an old mosque whose minaret was turned into the “vela tower,” although it underwent numerous alterations in the Baroque period and during the Civil War. The facility is enclosed by a wall and a fence in which the statue of Cardinal Belluga stands out, who was very influential in the transition period from the Hashburgs to the Bourbons. 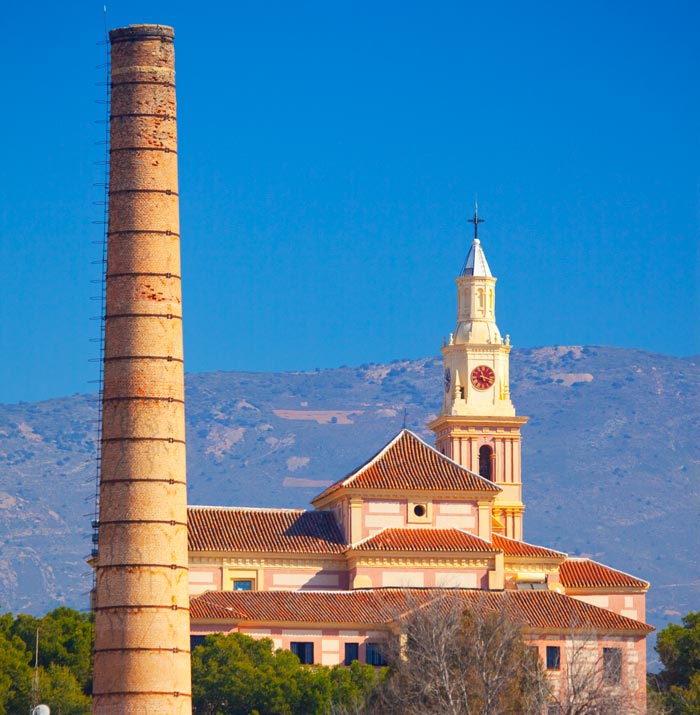 Near this area, on Belluga street, you can visit the Garcés House, which houses the Motril’s History Museum, where you can enjoy the interesting history of this town and all the recent events. In the Libertad square, the Countess Torre-Isabel House cannot be avoided, and you shouldn’t miss the Carmen Parish, built to commemorate San Roque after the plague in 1583. You can also visit the Madres Nazarenas Convent (18th century), which is quite close.

Among other churches to be highlighted is the Divina Pastora Church on Pío XII Avenue (a mudejar temple built in 1656 although it was rebuilt after the Spanish Civil War), the Nuestra Señora de la Cabeza Sanctuary from 17th century (built upon the site of an old castle from the Nasrid period whose owner was Boabdil’s mother), and the Victoria Church (1604).

Towards the south you will find the unique Peoples of America Park, fitted with a large number of tree species from that Continent. Also here, you can visit the Sugar Cane Interpretation Center, where you will learn about the growth of this product from the middle ages until today. Another garden that you may like visiting is the Explanadas Walking Area. Near this area, in the Muralla street, fish and tropical fruits are sold.

Free Tour of Granada
[vc_row][vc_column][vc_column_text]Granada is a magical city characterized by its mixture and combination of cultures. This gives Más información

Discover the White Villages of Andalusia
[vc_row][vc_column][vc_column_text]Scattered throughout the south of Andalusia, between the provinces of Cadiz and Malaga, we find Más información

Almuñécar
[vc_row][vc_column][vc_custom_heading text="Nasrid prison and the capital of the Tropical Coast" font_container="tag:h2|text_align:left|color:%23000000" google_fonts="font_family:PT%20Sans%20Narrow%3Aregular%2C700|font_style:700%20bold%20regular%3A700%3Anormal"][vc_column_text]The capital of the Más información