The Middle Ages is evident in numerous buildings such as castles, palaces, cathedrals, towns surrounded by a wall or cobbled streets. Travelling to the past through them is possible. But what many have not yet experienced is doing so from the darkest and most terrifying rooms of the prisons. Places where one can feel like a real prisoner of ancient times.

Although it is hard to believe, prisons are also a tourist attraction for many people whose interest in history exceeds their curiosity. This type of tourism is beginning to gain ground in Spain, as various areas of the country have buildings with this rough theme where some of the worst crimes of the Middle Ages took place. For those who are still unaware of them, prisons can become a great source of interesting stories.

Until recently, prisons were used as a powerful instrument of social control and behavioural repression to subdue the most unwanted and dangerous population. At the same time they were also used as a way of social exclusion and consensual marginalisation. The prisoners of that time suffered constant and intentional mistreatment by the judicial authority of the kingdom and its agents, who used terror and fear as an effective mechanism of punishment. 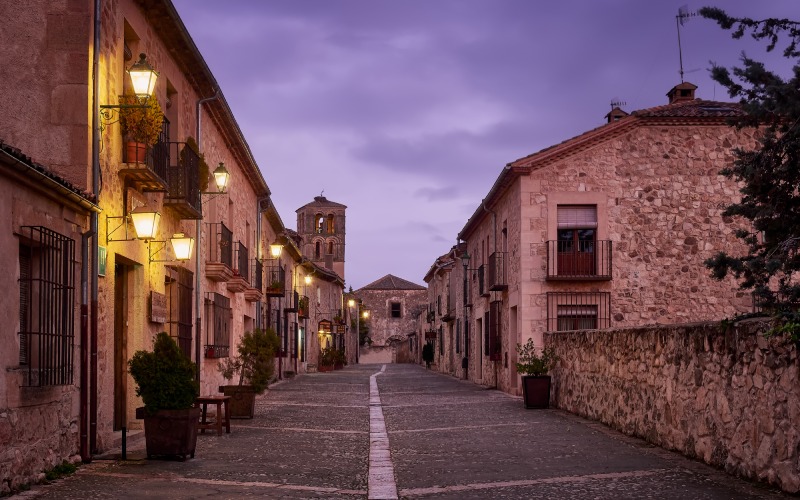 The small and historic Segovian village of Pedraza has one of the best preserved medieval prisons. After years and years of neglect, the town authorities decided to give it a second chance. But this time turning it into a public space of tourist interest for the enjoyment of its neighbours. Despite its remodelling, the Pedraza prison still maintains its dark appearance with the stocks and shackles that were used. 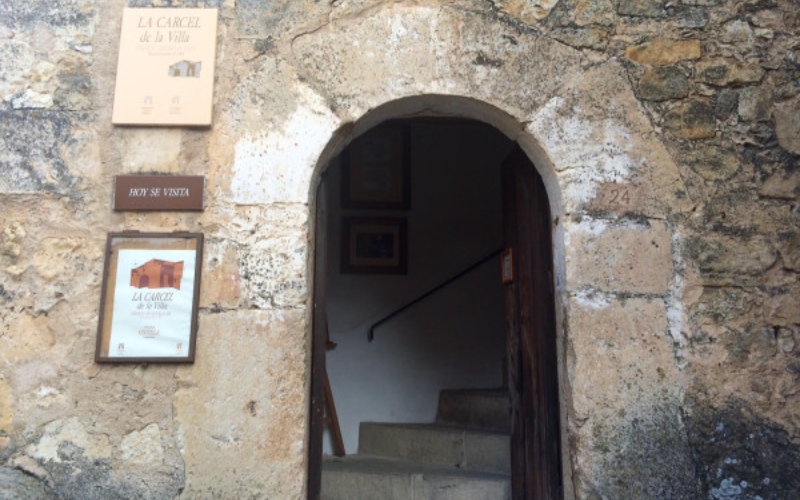 The prison is located at the entrance to the town’s walled enclosure, in a building that dates back to the 13th century. Its interior is distributed around two levels of dungeons: the first one was used for the most common criminals, those who had committed some theft or misdemeanour. While the lower part was reserved for the most problematic prisoners. In the archives of this prison complex it was discovered that access to these spaces was through a hole in the roof, from where the prisoners were thrown. 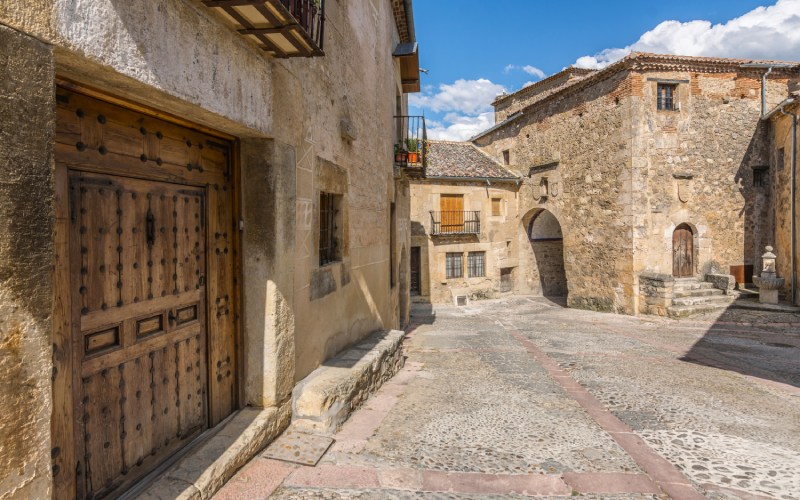 Façade of the Cárcel de la Villa in Pedraza. | Shutterstock

Imprisonment as a punishment was not foreseen in medieval Castilian legislation, and even less so in the spirit of that society. Prison was understood as an instrument for the retention and custody of prisoners awaiting trial or execution of the sentence. The Partidas of Alfonso X The Wise expressly prohibited the punishment of crimes with imprisonment, with the exception of misdeeds worthy of corporal punishment. 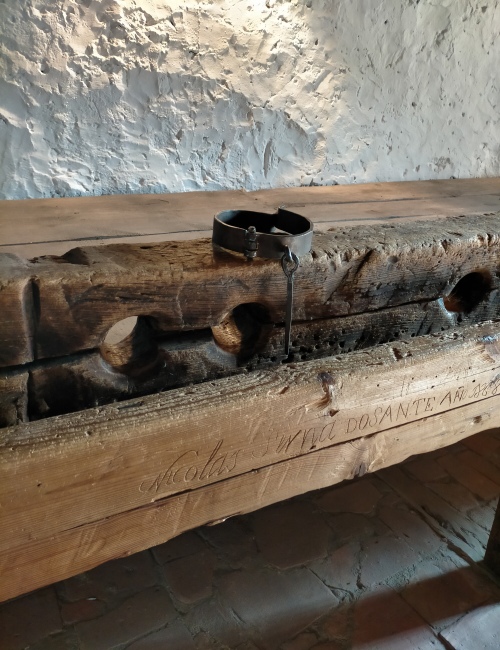 One of the stocks kept in the dungeons. | Cárcel de la Villa

However, confinement itself became a coercive measure for the detainee who spent a long time in the dungeons. On the other hand, and although legal theory prohibited the use of prison as a punishment, detainees were subjected to all kinds of abuses and punitive practices by the jailers. Today the evidence can be found in the chains, stocks and handcuffs that still remain in the dungeons.

Museum of Medieval History of the Curia-Prison 14th Century, in Castelló d’Empuries 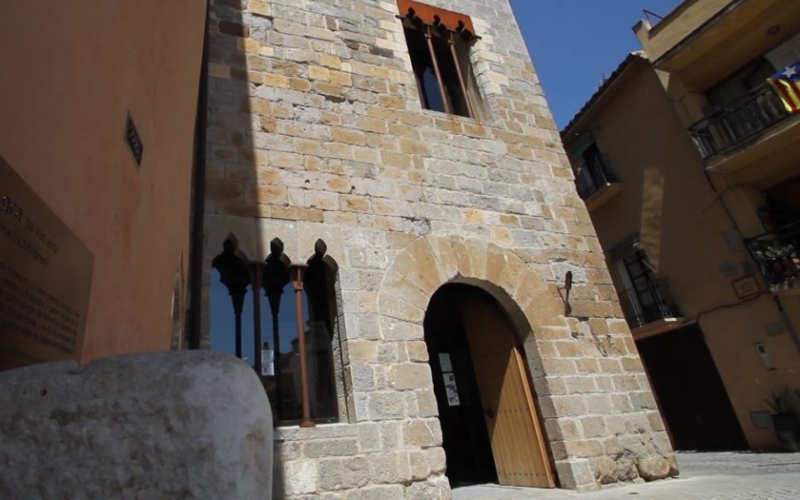 Entrance to the Museum of Medieval History where the prison is located. | Museu d’Història Medieval de la Cúria-Presó, s. XIV

Another prison complex that is equally interesting is the one in Castelló d’ Empuries, in the province of Girona. The town’s prison is inside the town’s Medieval History Museum, located in a Gothic building built in the time of the Infante Pedro I, back in 1336. This was the legal-criminal complex of the municipality, in which two functions were integrated: the curia and the prison. The curia was the seat of the court of justice, responsible for sending people who had committed a crime to prison.

On a tour of its interior, one can see the subhuman conditions of the dungeons, where the prisoners struggled to leave their memories behind the stone walls. Thanks to the graffiti, the prisoners’ feelings and their uneasiness were revealed. 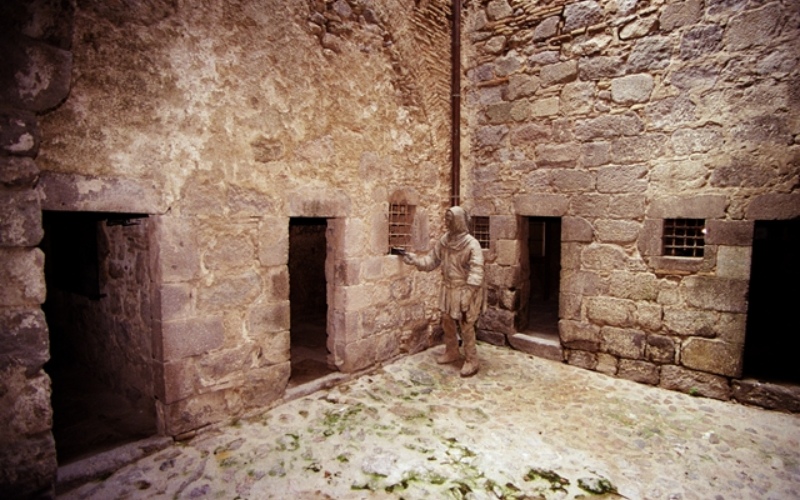 Unlike the Castilian legislation, in the Crown of Aragon this was quite varied due to the various privileges granted by its monarchs as the Reconquest unfolded. Even so, the legislative model was practically the same. The Aragonese prisons were used for the custody of the prisoners and to carry out small corrections that were imposed. 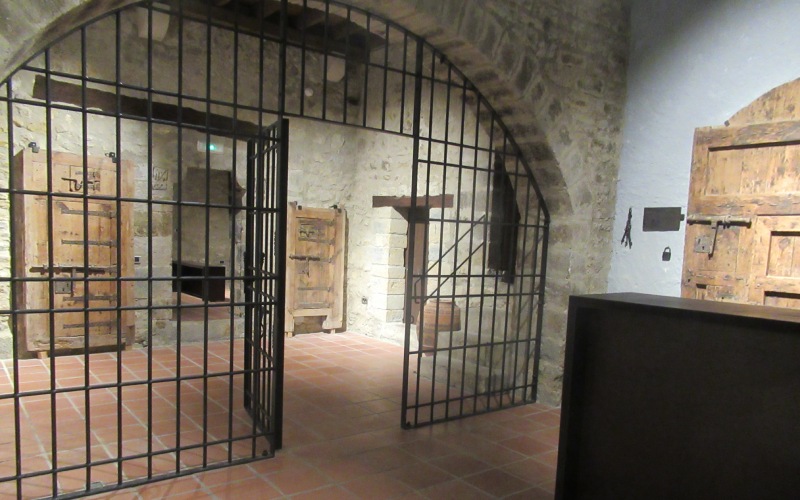 One of the cells of the medieval prisonl. | Prisión de Morella

Another of the Aragonese medieval prisons that has a great historical past is the one in the town of Morella, in the province of Castellón. As in most municipalities, this prison was installed in the humid and dark ground of its City Hall, built in the fourteenth century. Its recent rehabilitation as a museum of the history of the town has been recognized with the Europa Nostra award for the original condition of its architecture. It maintains the authenticity of the primitive setting, while offering a dynamic tour through panels and entertaining audiovisual projections. 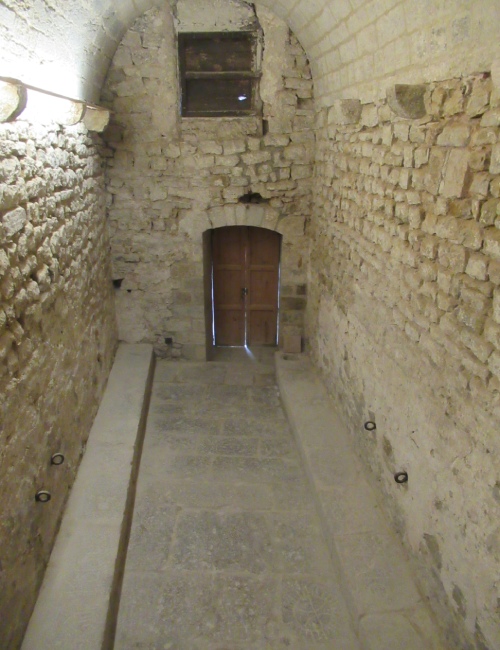 Morella was during the Middle Ages one of the great cities of the Kingdom of Valencia. The judicial authority was in charge of the Justicia Mayor de la Villa, who resolved the appeals to the judgments of the justices of the northern part of the Kingdom. Being so, it is not surprising that the Morella prison was one of the most relevant of the territory. In fact, the town came with up to three prisons, one for each state jurisdiction: ecclesiastical, military and Royal. Despite its medieval origins, its function as a prison remained in force until the last century. The graffiti on the walls of the cell date from the 19th century.

The 9 best beaches in Spain
Spain is undoubtedly a country with dreamlike and very special landscapes.