The Roman legacy still constitutes a large part of Spain’s present. The quality of the services they developed for their citizens, such as public baths, walls, roads or sewage systems, has been preserved over the centuries. Aqueducts are the perfect example of Roman civil engineering at the service of the cities. Although they were not the only ones to develop systems for transporting water, they did establish this structure, which was the most efficient for channelling water to population centres. They also offer information on which towns were the most important at the time. In Spain, when we talk about this type of construction, it is impossible not to think of the majestic and famous aqueduct of Segovia, the best example, the largest and probably the best preserved. But there are many more, some smaller or those that time has treated a little worse, or that simply have less fame. These are all except the one you know best. 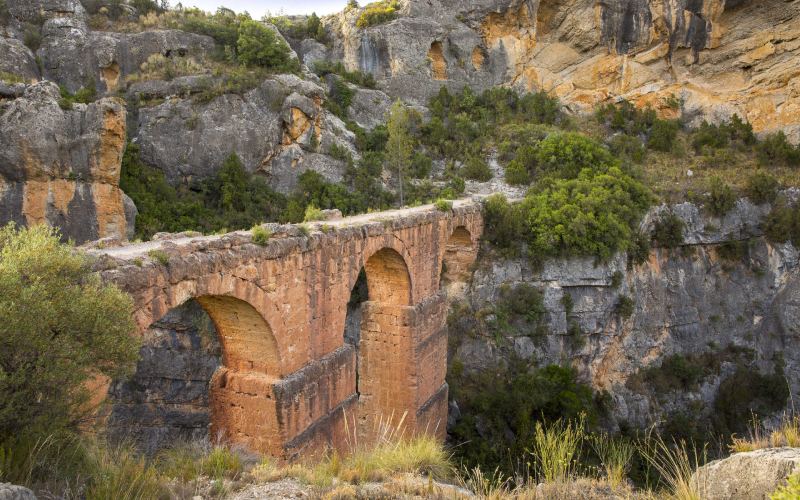 According to recent research, it is the longest on the peninsula. In its different sections it would have reached almost 100 kilometres in length. It was built to supply water to an important city of the time such as Valencia, then called Valentia Edetanorum. Its route flows from the Serranía de Valencia to the capital itself. The aqueduct and the infrastructures linked to it were in operation after the fall of the Roman Empire. The successive peoples who invaded the peninsula adapted it according to their needs, but based on what had already been built.

There are different natural routes along which it is possible to come across the Roman aqueduct in the middle of nature. For example, you can still visit some of the tunnels that were part of the original work. The area also offers many areas of tourist interest worth visiting. 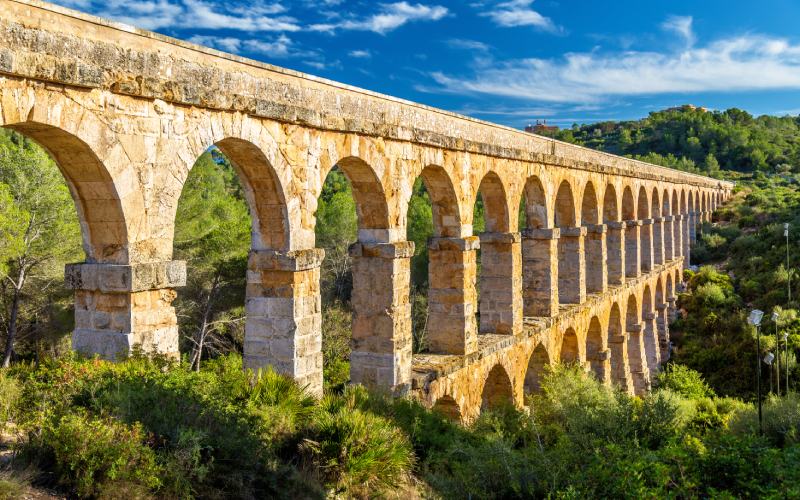 This Roman aqueduct was built between the 1st century BC and the 1st century AD, in response to the need to supply such an important centre as Tarraco, now Tarragona. At that time, the Emperor Augustus was in charge. It can be found on the outskirts of the city, with a large part of its double arcade still preserved. It is also known as the Puente del Diablo (Devil’s Bridge) because, according to the legend, it was not the full-time workers of the Romans who raised it, but the devil himself to get a maid.

The aqueduct was in operation until approximately the 17th century, probably a few years longer than most of the buildings built today. Its state of conservation has earned it the status of World Heritage Site by UNESCO. 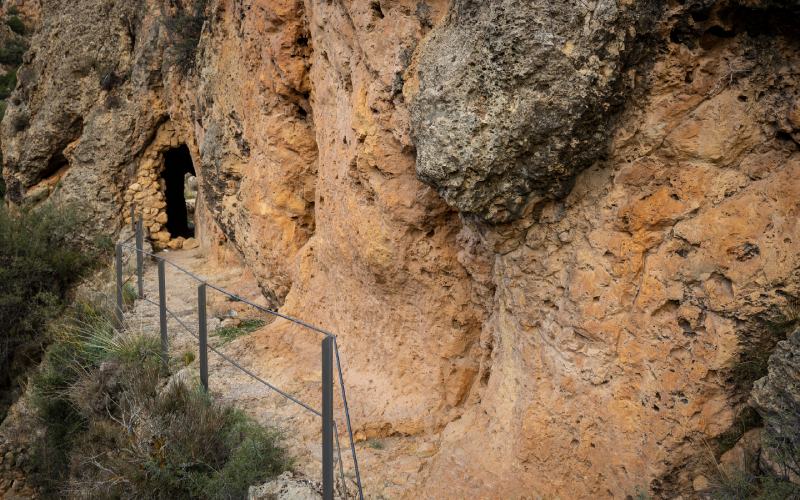 Continuing the route towards the interior of the peninsula, Aragon contains important Roman remains, and not only those of Caesaragusta, modern Zaragoza. The Albarracín aqueduct ran for 25 kilometres and is an impressive work of Roman engineering in the area, although it was not linked to any particularly large population centres. The fact that it is more than 2,000 years old adds another peculiarity: it is carved directly into the rock. Although the archetypal image is that of the great arches of the aqueducts, they did not always have this part. Everything depended on the local orography itself.

The route of Roman aqueducts in Spain, especially through Aragon, also has a mandatory stop in Uncastillo, with the remains of the Los Bañales aqueduct, which still preserves most of the original pillars. It is also possible to visit other Roman remains in the town, such as the thermal baths. 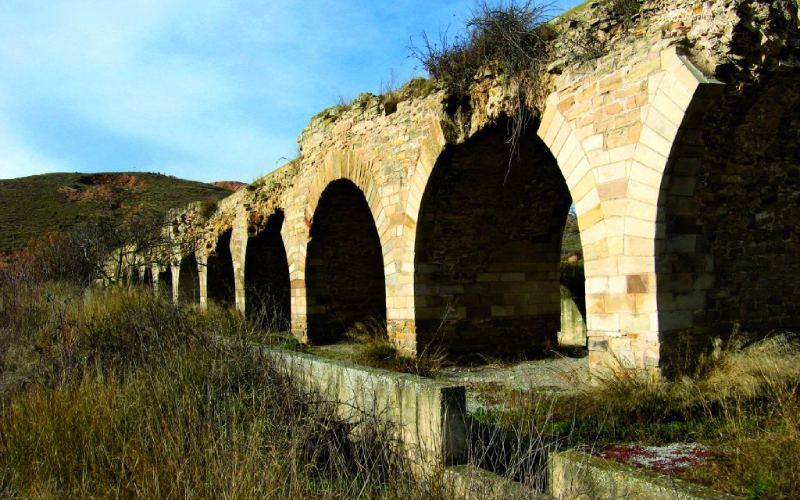 This aqueduct carried water from the area of Alava to Calahorra itself, Calagurris, with a route of approximately 30 kilometres. It is very close to the border between La Rioja and Navarre, as well as being easily accessible by road. Unfortunately, the passage of time and the plundering of the ashlars for the construction of a dam left in just a dozen arches the 108 that researchers believe it originally had. This does not make its remains any less interesting and is a visit, without a doubt, recommended. It has been considered a National Historic and Artistic Monument since 1970. 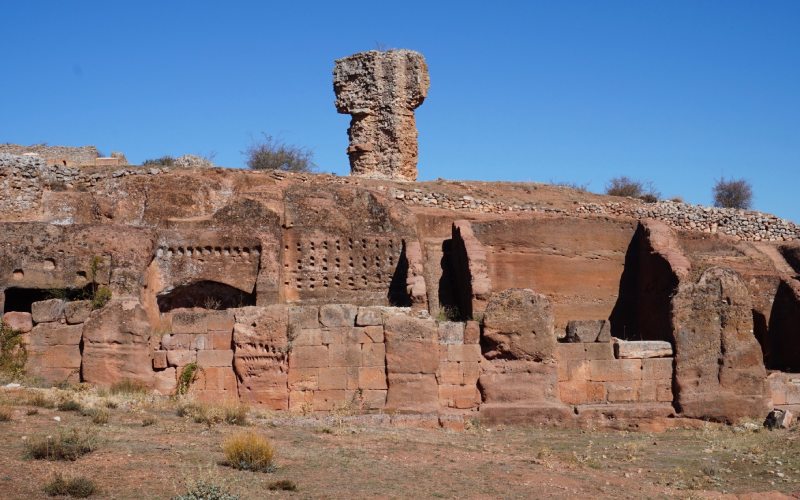 Tiermes archaeological complex, next to its aqueduct. | Shutterstock

Segovia is not the only Castilian town that still has the Roman water supply channels. Tiermes, in the province of Soria, has interesting archaeological sites from that time, as well as from its Celtiberian past. The Roman aqueduct is excavated in the rock and there are guided tours along the extensive route. The hydraulic complex comprises various constructions, including a 140-metre long tunnel. You can even go through some of the underground sections. 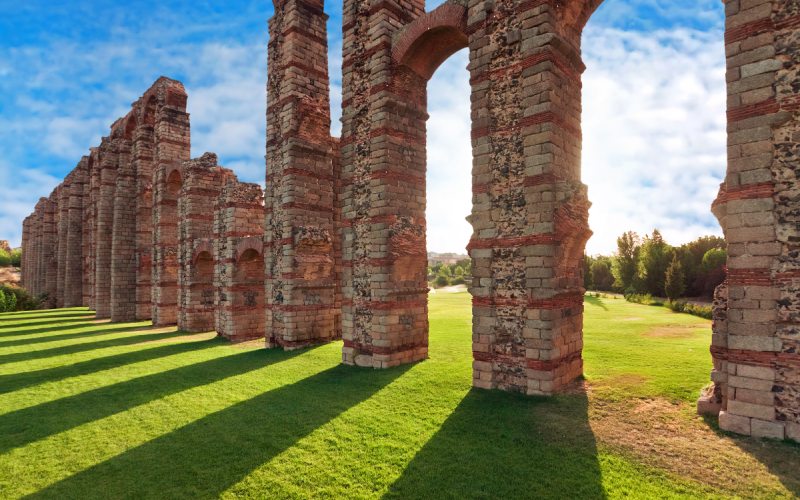 This aqueduct is one of the most impressive examples of Roman engineering still preserved in southern Europe. It is one of the best preserved not only in Spain, but in the world. Its nickname, Los Milagros, comes from the inhabitants of the area themselves because of the breathtaking view of the whole. Regarding its function, it was to transport water from the north of Badajoz. Specifically, from the reservoir known as Proserpina, where the water was captured, to the city of Merida, Emerita Augusta. Part of its original layout ran underground until it reached the arcade, adapted to the different levels of the land.

It reaches 27 metres at its highest point and has reached over 800 metres in length from the original aqueduct. Although some reforms can be seen, this aqueduct is a must in the vast Roman heritage of all Extremadura. Besides, it is of free access and you can pass by it when making the Vía de la Plata. Near the Los Milagros aqueduct is the San Lázaro aqueduct, which also supplied Emerita Augusta. It is located in the gardens of the Albarregas River and, although it is not entirely Roman, its state of conservation is worth a visit.

The three aqueducts of Cordoba 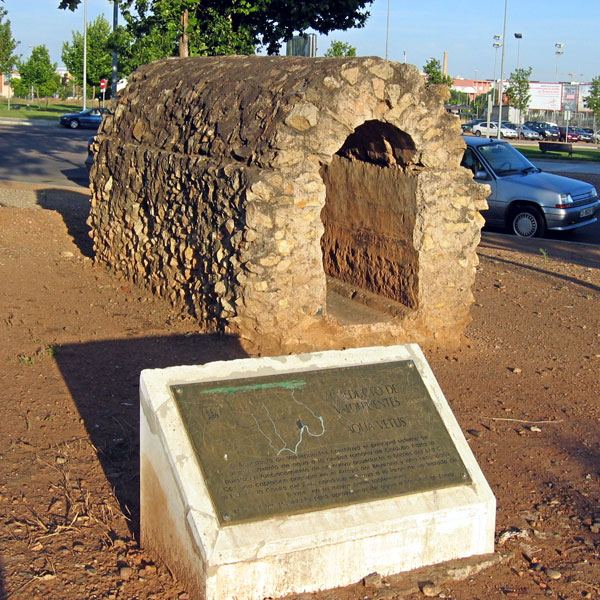 A major city needed customised services. Most of the houses in Cordoba had water in the Hispanic period. The reason for this was none other than its three aqueducts, although the palace of Maximianus Herculeus alone needed one of the structures. The first was the aqueduct of Valdepuentes, or Aqua Vetus. But the expansion of the city required a second aqueduct, called Aqua Nuova Domitiana Augusta, in honour of the 1st century AD Emperor Domitian. The third, which focuses on the aforementioned palace, is from a later period, unlike most Roman aqueducts in Spain. You can visit the archaeological remains with guides and take the opportunity to learn a little more about another of the fundamental Roman nuclei of the peninsula. 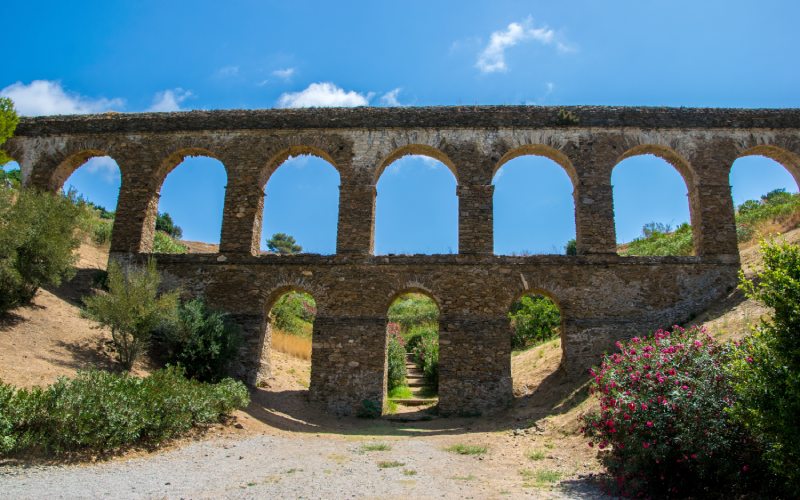 The remains of this aqueduct with a suggestive name can be seen in different parts of the Almuñécar and Granada provinces. Part of its layout, designed to extract water from aquifers, runs underground, with more superficial sections and others excavated several metres deep. It has a total of five segments from its origin to practically flow into the coast. The most popular, known as La Carrera, is located near the main square and also has Roman baths. Nowadays, some parts of the aqueduct are still used as irrigation channels. It has been considered an Asset of Cultural Interest since a few years before the Spanish Civil War. 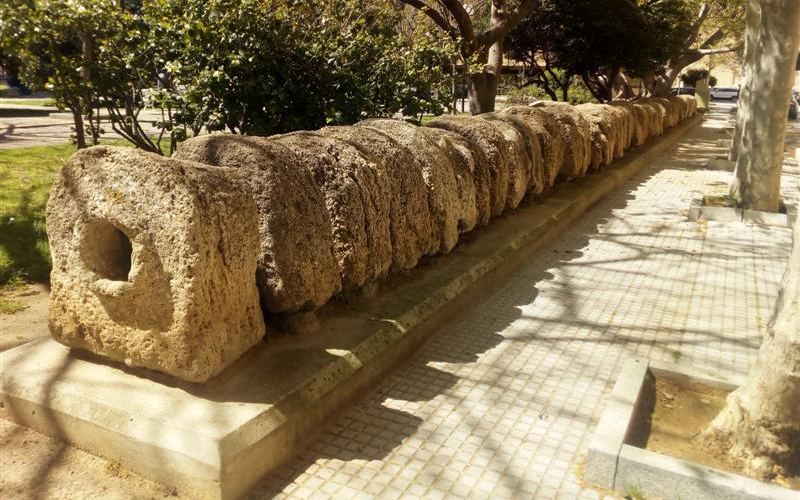 Fragment of the Cadiz Aqueduct in Asdrubal Square. | Cadizpedia, Carlosrs

Cadiz was another of the most important centres of Hispania on a strategic and population level. Although the Gades aqueduct is not very well known and can only be admired from a very slanted part of its remains, it reached almost 80 kilometres in length. This would place it among the five longest in the history of the Roman Empire. It would also be the second longest in Spain in terms of kilometres. Thanks to the Phoenicians, there was already a certain hydraulic infrastructure in the area, which was partly used by the Romans for this gigantic work of engineering. 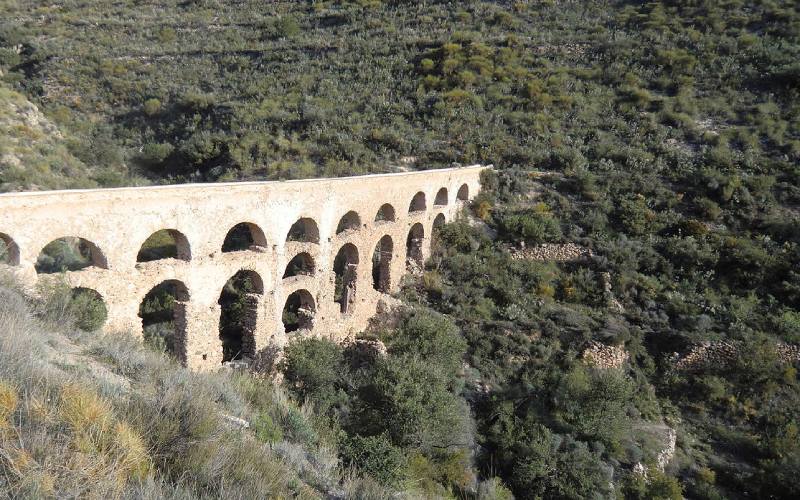 It is a set of aqueducts that run between the municipalities of Felix and Vícar, in Almería, at the foot of the Sierra de Gádor. They are connected by a system of ditches and can be visited on hiking routes in the area. Sections of up to three storeys of arches have survived, and although the materials are estimated to date back to Roman times, there are indications that some of them may date back to the time of the Islamic invasion.