It seems that the producers of the brilliant series Game of Thrones, based on the saga of novels by George R.R. Martin, love Spain. The filming crew has already shot Game of Thrones in Spain in several locations. No wonder, as there are few places in the world that combine the richness of Spain’s heritage and natural wealth. Today we will tell you about these places that have appeared in the series and why you should visit them. Here we go!

These are 8 wonderful filming locations of Game of Thrones in Spain:

Seville, the gardens of Game of Thrones

This is the most popular of all the locations where Game of Thrones was filmed in Spain. Places such as the Alhambra in Granada or the Alcázar in Málaga were mentioned. In the end, it was the Alcázar of Seville that was chosen to be the home of House Martell in the hot kingdom of Dorne.

Its horseshoe arches, plasterwork and epigrams, whose construction began in the 10th century during the Caliphate, could rival the magnificence of the Alhambra. This ensemble of palaces is the oldest active royal residence in Europe and a World Heritage Site. It is one of the main places to visit if you are in Seville. 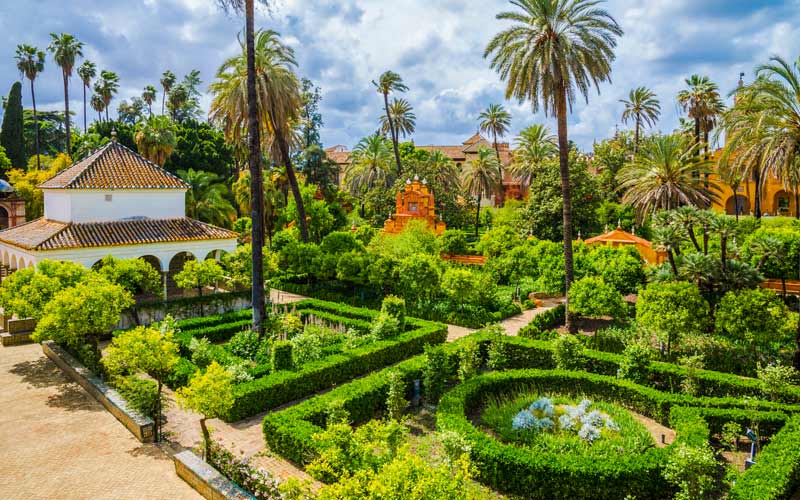 Gardens of the Alcázar of Seville, the home of House Martell in Game of Thrones

Osuna and Daenerys’ parade in Spain

The bullring of this Sevillian town has seen Daenerys Targaryen’s fighters parade through its arena when Game of Thrones was filmed in Spain. Although it is more than 100 years old, the bullring is not the only attraction in Osuna; which also boasts numerous other buildings. We are talking about its collegiate church and its university, which give us an idea of its past splendour, as well as a surprising cuisine that brings together some of the best characteristics of Andalusian cuisine. 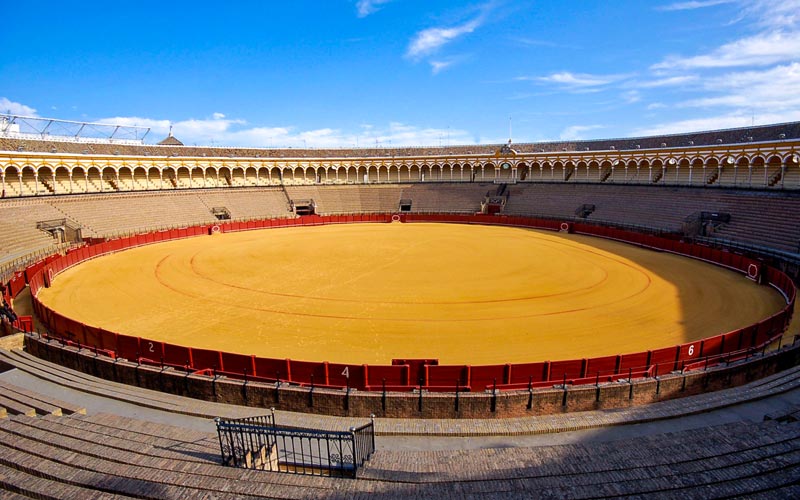 The Osuna Bullring saw dragons in Game of Thrones

Córdoba and its Game of Thrones bridge in Spain

The former capital of the Caliphate is another of the locations visited by the crew to film Game of Thrones in Spain. They converted its iconic Roman bridge over the Guadalquivir River into the Puente Largo de Volantis.

In Córdoba you also can’t miss a stroll through the awe-inspiring mosque-cathedral (at the time, the second largest mosque in the world) or a visit to the Alcazar. 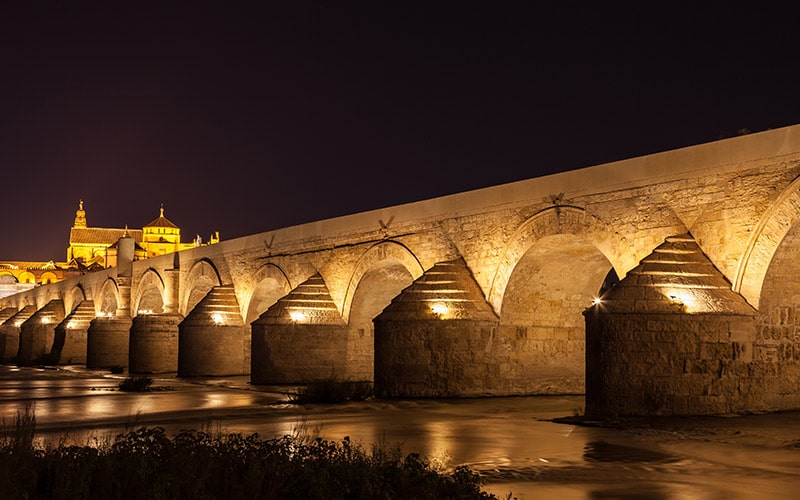 The Roman Bridge in Córdoba

The Jewish quarter and the San Basilio neighbourhood complete one of the most impressive old towns in Spain. In May, the festival of the Patios Cordobeses is celebrated and visitors can enter the geranium-festooned courtyards. A legendary location to enjoy Game of Thrones in Spain.

This is one of the provinces where Game of Thrones has been filmed in Spain. Specifically, Bardenas Reales Natural Park is what caught the attention of the producers for the sixth season. In its desert landscapes, scenes of Daenerys’ plot have been filmed after meeting the Dothraki horde.

This nature reserve, divided into the plateau of El Plano, the arid Bardena Blanca and the Bardena Negra, is a semi-desert region in the south of Navarre that is of great zoological and geological interest. For centuries, water and wind have eroded it, creating a whimsical landscape worth seeing; which seems to transport us to another world, like that of Game of Thrones in Spain.

Bardenas Reales staged some scenes of Game of Thrones

Peñíscola and its five Game of Thrones locations

This beautiful coastal town looks like something out of a fantasy world; so it’s no wonder it was chosen for the filming of Game of Thrones in Spain. In Peñíscola, a town in the north of Castellón, five locations are visited by Tyrion Lannister and Lord Varys, key characters in the series.

Among the locations chosen are the Ramp of Philip II, the Plaza de Santa Maria and the Paseo de Ronda. The Artillery Park and the Portal Fosc also appear in the series and landscapes of Game of Thrones in Spain. 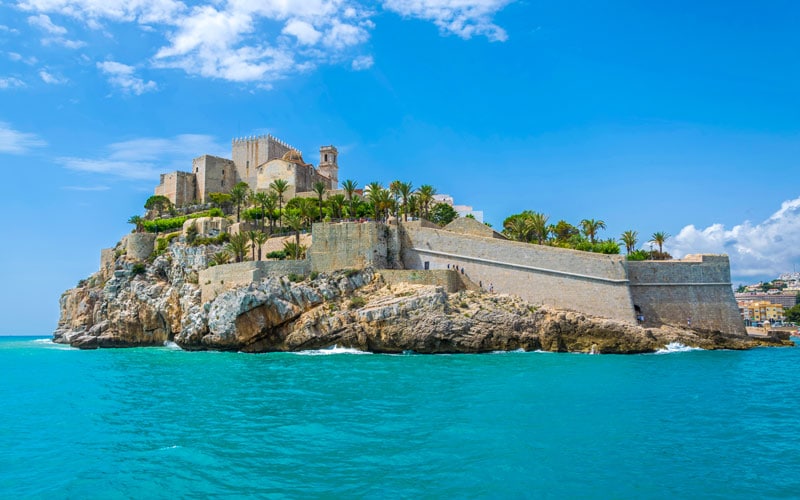 Peñíscola, a town chosen for filming Game of Thrones in Spain

In any case, this is a town where, in addition to its excellent beaches, you will find an old quarter that is a pleasure to explore. Full of charm and history, its alleyways lead up to the Castle of Peñíscola; where the ever-mysterious figure of Pope Luna lived.

The sixth season of Game of Thrones was filmed in many Spanish locations. The city of Girona is another of the locations selected for the TV series. Calle del Bisbe Josep Cartaña, near Girona Cathedral, became a street in Braavos where Arya Stark walked. The Plaça dels Jurats, the Passeig Arqueològic and the Arab baths are also locations in the series.

It is probably the mixture of Baroque, Gothic and Romanesque architecture, as well as the deep medieval air of its old town, that has attracted the producers here. Girona is also full of evocative places such as the Cathedral of Santa Maria and the Monastery of Sant Pere. 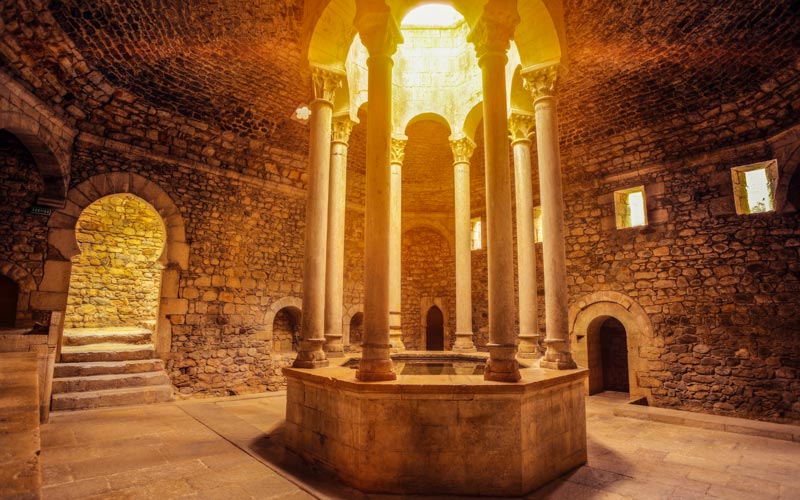 Another filming location in Girona

The castle of Canet de Mar

In the vicinity of this town on the coast of Barcelona is the Castle of Santa Florentina, a medieval building that was renovated at the end of the 19th century by the renowned Catalan architect Domenech i Montaner and which has also been confirmed as the location for filming. The castle, which was chosen as one of the most beautiful houses in the world by Architectural Design magazine, is just one of the buildings designed by the modernist architect that Canet de Mar possesses, which also houses gems by other modernist architects not to be missed, such as Puig i Cadafalch and Ferrés i Puig. 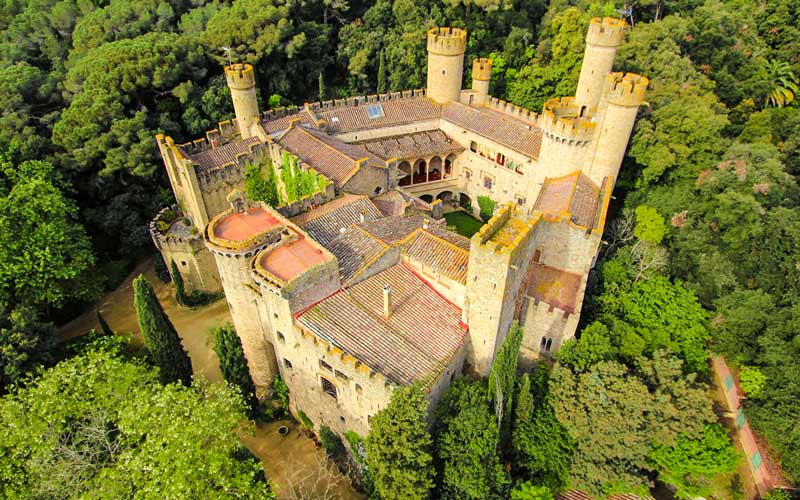 Almería: Dothraki territory and the battle of Meereen

The filming of Game of Thrones in Spain also made a stop in Almería. In this way, the city of Vaes Dothrak, as fans will know, Dothraki territory, was represented in the Natural Site of the Desert of Tabernas. In Cabo de Gata, the Tower of Mesa Roldán was used to film the battle of Meereen and in the Alcazaba of Almería, important scenes of the plot of Sunspear were filmed.

These are not the only interesting places to visit in Almería, as its walls and its cathedral-fortress, among others, will delight the visitor who comes to this arid capital. It is also a place where you can taste some of the best vegetables in the south of the peninsula; such as La Cañada tomatoes. 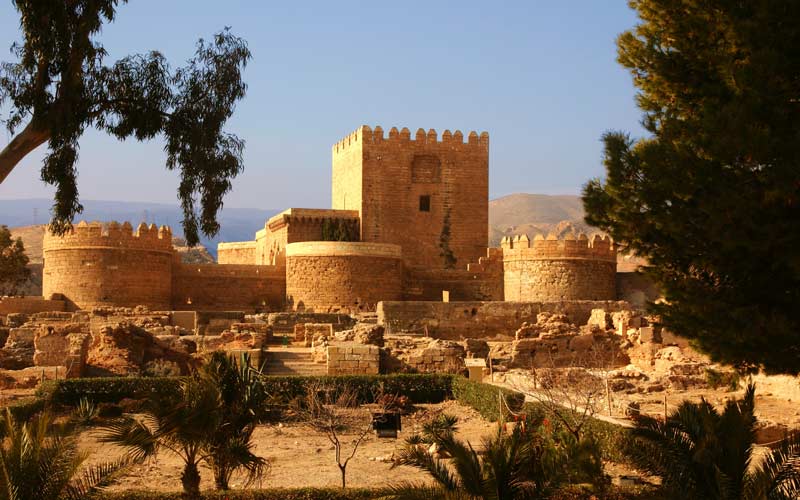