Squares feature prominently among the most typical monuments of our geography. From ancient times to the present day, they have become meeting, entertainment and trade places as well as places of confluence of cultures. They have also been historical scenarios and the focal point of the city. Over the years, many of these spectacular squares have modified both their aesthetics and their structure. Spanish squares have no characteristic elements. They are everywhere either small or big, old or new. This article focuses on the most unknown of the country.

This trapezoidal square that from the 16th century is surrounded by the treasures of the village. First, the Condes de Miranda Palace. This palace is a jewelry of the Spanish Plateresque, built during the 16th century. Then, the old Colegiata de Santa Ana. Its construction ended in the 17th century with a facade of Baroque style. Lastly, in the centre is the Rollo Jurisdiccional (the pillar). The function of this element was to indicate the foreigners that if they came into the village, they would have to obey the jurisdiction of the lord who ruled, in this case the lordship of the Casa de Miranda. Likewise, the houses around the square are very charming. 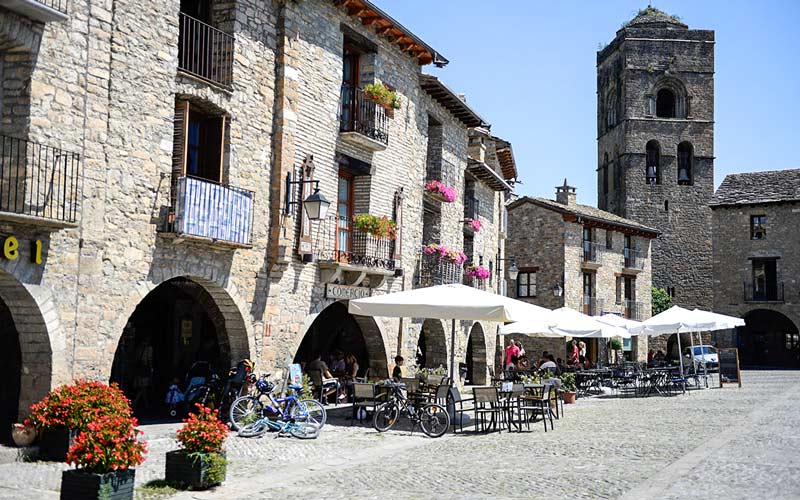 There are still preserved some remains of the first wall, together with the Portal Alto that overlooks the Calle Mayor, Gonzalo I and the city council. Moreover, one of the most beautiful features of this square are the side porches in the shape of round arches and of different sizes. In the past, the grape was held in these porches, making these spaces a magical and traditional place. 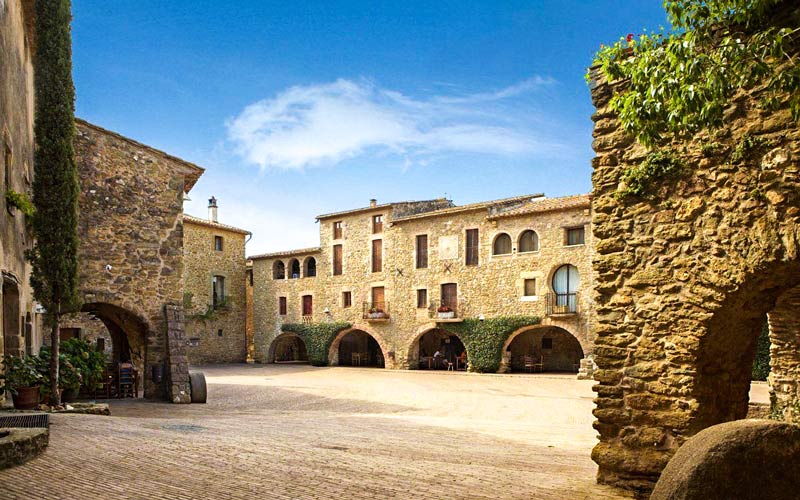 Grain and livestock were the traditional elements that make this square famous in the 17th century. During the Middle Ages, this village was developed due to the Castle of los Vizcondes de Bas, in Girona. Streets, markets and squares were built around it. They would give life to this village. The square of Jaume I is one of the best examples of the popularity of Monells, where trade was made. Both faces of the buildings as well as the porches show the medieval legacy of this village, together with the restaurants and comerces that give life to this space.

As a curiosity, it was one of the spectacular squares where Ocho Apellidos Vascos was filmed. It quickly became a point of interest for those who have seen the Spanish comedy. 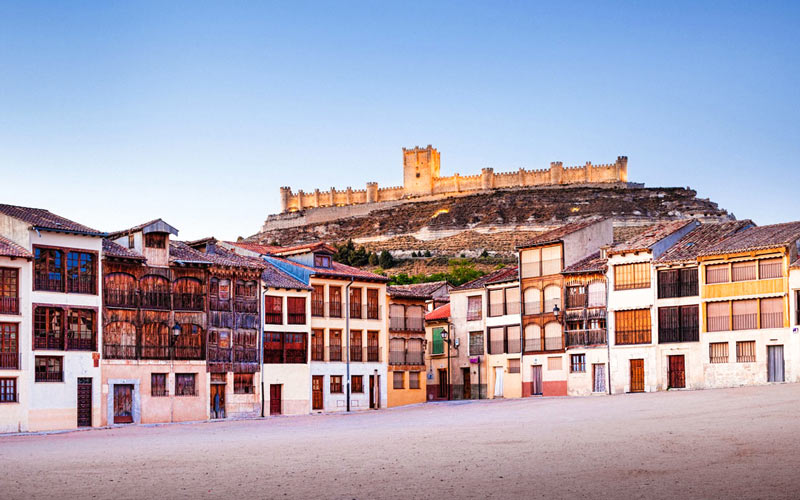 This square has an special element among other villages’ spectacular squares: its bullfighting character. It is an space used as bullring.  It is used, for example, during the Festival of San Roque in August.

It is 3,500 m² surrounded by 48 buildings of popular Castilian architecture, covered with wooden details. During the 18th and 19th centuries, balconies were added to hold the spectators of the spectacles celebrated in this Spanish square. Another detail that make this square special is the wonderful view towards the Castle of Peñafiel. Its construction works started in the 10th century. 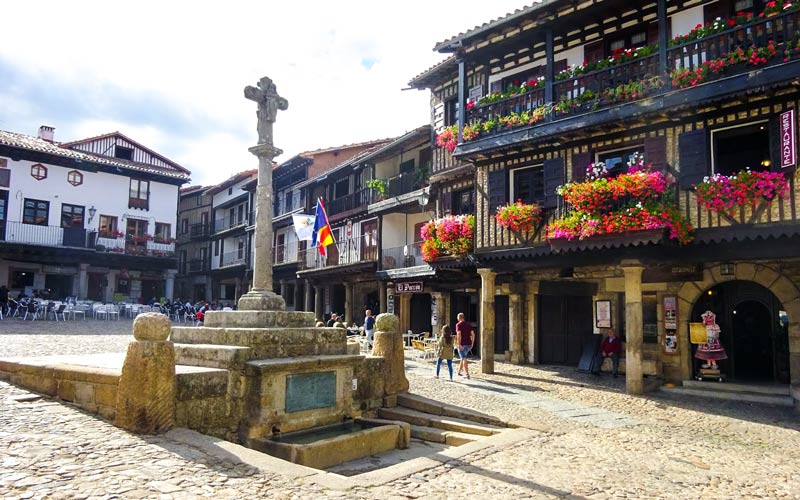 It is important that you know that not all spectacular squares in Spain are surrounded by impressive monuments. Sometimes it is enough with the popular architecture. There are stone houses with wooden decoration in the Main Square of La Alberca. The lower part of the buildings makes a porch portico with columns and arches. Another important detail is the colorful and impeccable flowers that decorate the balconies in small flowerpots, giving a picturesque touch to each house.

All these elements, together with the stone crossing from the 18th century make this square a meeting and sleeping spot for all those who visit the town.

Burgos, Girona, Huesca, Salamanca, squares, Valladolid
It may interest you...