Choosing the most spectacular natural thermal baths in Spain is a challenge, as there are several amazing destinations. They are known for their scenic charms, their natural surroundings, their medicinal properties and even, some of them, for being used by the Romans.

A tour of these outstanding places will help you disconnect and forget about stress. From those in the north of the peninsula to those located in Andalusia, these are some of the most spectacular natural thermal baths in Spain. 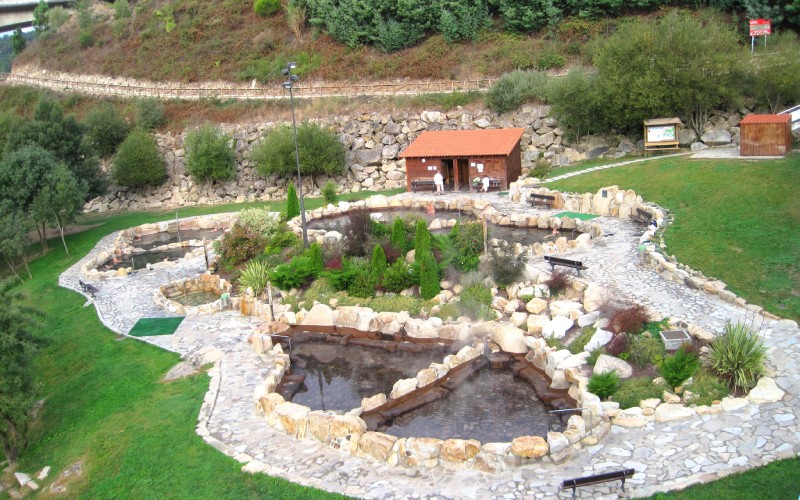 Without a doubt, the province of Ourense cannot be missing in this list. It stands out, in addition to many other attractions, for having some of the most beautiful natural thermal baths in Spain. The Outariz pools are one of the most popular, partly because they are surrounded by spectacular nature. They are divided into two large areas, each with one cold water pool and three hot water pools. They are recommended to improve rheumatism or arthrosis thanks to the high amount of fluoride and silicates it contains.

Muiño das Veigas is an open-air thermal complex, located on the banks of the Miño River, next to an old wooden mill from which it takes its water. The natural spot makes it one of the most spectacular natural thermal baths in Spain. They are surrounded by a beautiful garden area and are popular for combating dermatitis and skin eczema. In total, there are five pools and a small pool of cold water for contrast baths.

Also in Ourense, a short distance from those of Muiño das Veigas are the thermal baths of Chavasqueira, located on the right bank of the Miño river. They are known for their curious inspiration in a Japanese Zen temple that, together with its idyllic natural environment, make it a very popular destination. It has three thermal pools and the temperature of the water reaches 41 °C. They stand out for improving rheumatism or asthma and for the possibility of enjoying beautiful views of the Miño. 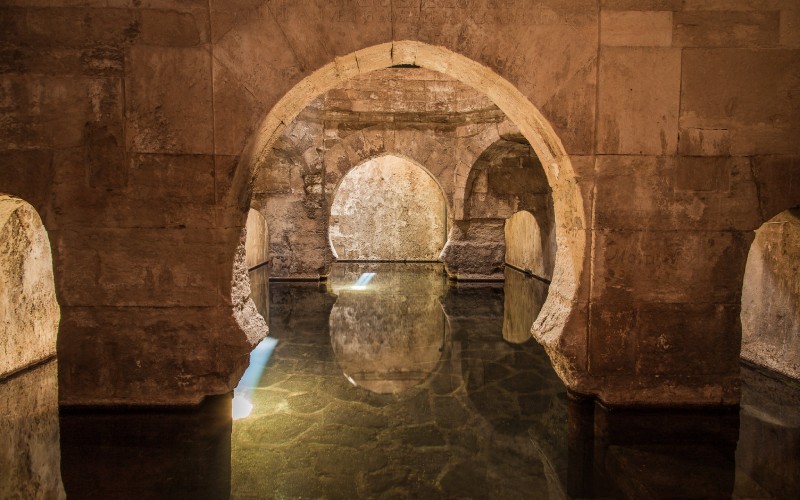 They are located in a majestic natural environment: the heart of the Sierra Tejeda, Granada. They are considered one of the most spectacular natural thermal baths in Spain. Ideal to disconnect, relax and get rid of the stress of everyday life. The water of its pools is therapeutic and can reach up to 47°C.

Moreover, in the place is the Balneario de Alhama de Granada, which has some Arab baths of the 12th century. The place is spectacular and you can enjoy its waters both for free and for a fee inside the spa. Perfect to disconnect after a day of sightseeing in Granada, only 57 kilometers away.

The spa of Zújar boasts of being one of the oldest natural thermal baths in Spain. In fact, they were known in the Roman times of Pliny. What remains today of this Roman spa is buried under the waters of the reservoir.

Fortunately, the spa facilities allow you to travel back in time and relive the baths in almost the same way as the emperors of the time. It is located near the Negratín reservoir, a perfect environment for enjoying active tourism activities. These medicinal waters reach 47°C. 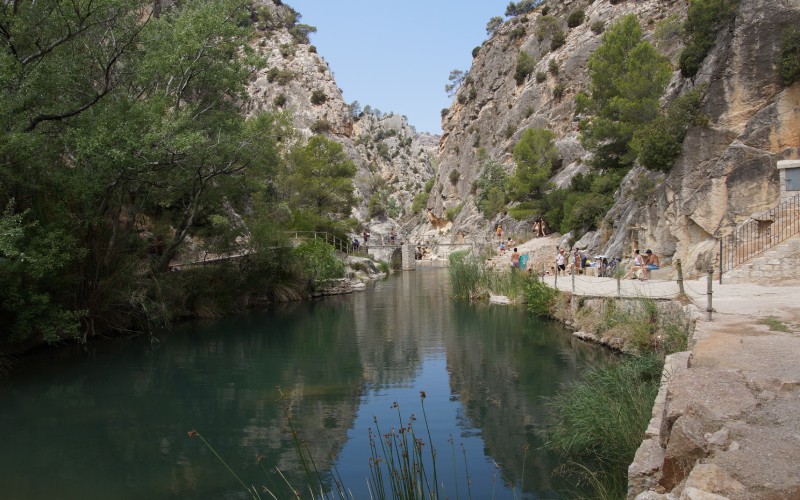 Located on the Canaletes river and wedged between the mountain ranges of La Mola y Crestall, the natural thermal baths of La Fontcalda in Tarragona are amazing. Popularly known as the ‘fuente de los chorros‘ (fountain of streams), they reach up to 38°C. Next to its medicinal water springs, high in magnesium sulfate and calcium carbonate, there is a small sanctuary dating back to the 15th century.

A hidden spot in La Rioja, the natural hot springs of Pozas de Arnedillo are small pools that can reach 40°C all year round. It has free access and nudism is allowed. Nature in its purest state. On the opposite bank of the Cidacos river is the spa of Arnedillo, whose outdoor pool also comes from the thermal waters of the river.

The town of Jaraba, in Zaragoza, has a real hidden gem: the spa of La Virgen. These natural thermal baths have been operative since 1828 and were already known in Roman times. At that time, this lake and natural pools were known as Aquae ninforum (Water of the Nymphs). Immersed in the natural landscape of the Mesa river canyon, they are perfect to enjoy nature and the typical fauna of the area, especially its birds of prey. Sport and active tourism in the open air at the same time as a pleasant and relaxing thermal bath. 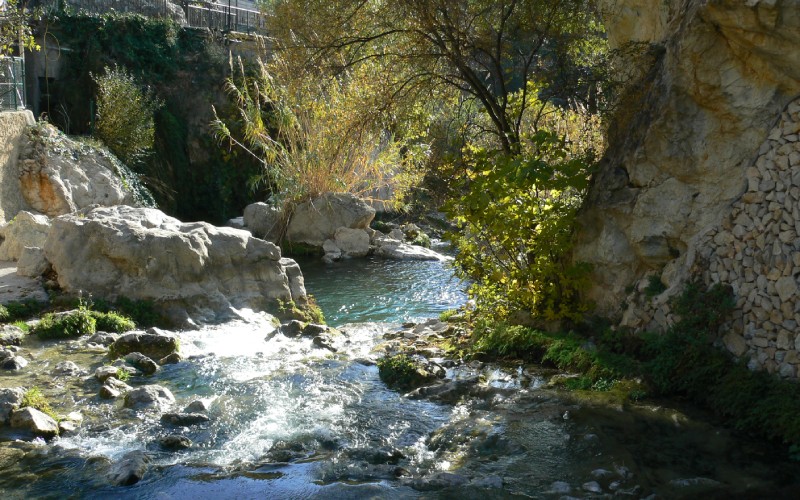 The Algar fountains are a must. These natural thermal baths are located in Alicante, a few kilometers from Benidorm. Despite its proximity to this tourist city, few know them. They have been declared by the Government as a protected wetland area. The curiosity of this place is that, to access them, it is necessary to follow a hiking route of 1.5 kilometers, following the course of the Algar riverbed. This gives them a privileged position in the ranking, since it is a hidden natural spot.

As if it were another part of the world, these hot springs are one of the most special in Spain. They can be compared with those of Budapest. You can enjoy a hot bath and be surrounded by snow, as they are located in the heart of the Pyrenees. They are a key point to discover the natural heritage of the Aran Valley. Also, they were known since Roman times and still maintain their charm intact. Its spring creates a small open-air spa, and it is possible to reach 33°C in the natural pool. It even has a Finnish sauna.

Located in the heart of the Ricote Valley Natural Park, in the province of Murcia, is a historic spa that dates back to the 5th century BC. The Iberians discovered its medicinal benefits, and the Romans also frequented these spectacular thermal baths. In fact, it is still possible to enjoy some archaeological sites in various corners of the spa.

9 spots of Aragón to get to know the soul of a region
From the Montes Universales to the Pyrenees, the land of Aragón lives in a tension Más información