Spain is commonly associated with sun, beach and gastronomy tourism. In addition to this, we have other types of landscapes-very different and special-from what is normally associated with Spain. Landscapes full of flora, fauna and extensive vegetation-covered in an intense shade of green-make it worthwhile to visit these places that are unknown to most tourists.

Spain offers the chance to explore inhospitable places that could be the setting for any fairy tale or magical legend.

The Irati Forest is located in the eastern Pyrenees of Navarre, and the flora of this beautiful natural area is spectacular. Its beech, fir and elm trees accompany visitors through its 17,000 hectares and will delight the most adventurous. 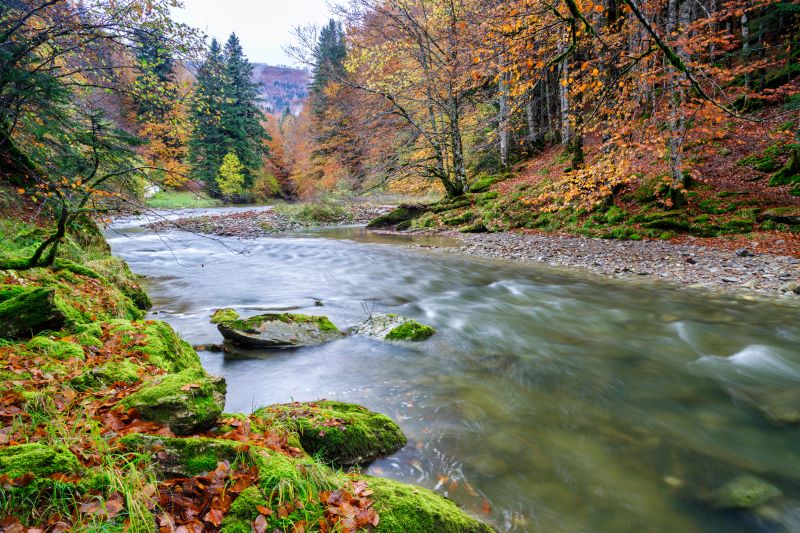 This beautiful forest has this unique name because the protector of the forest, according to the mythology of Vasconia, was called Basajaun. There are numerous routes, where the charm of this forest will bring the mythology of the Navarrese Pyrenees closer to any of its visitors. 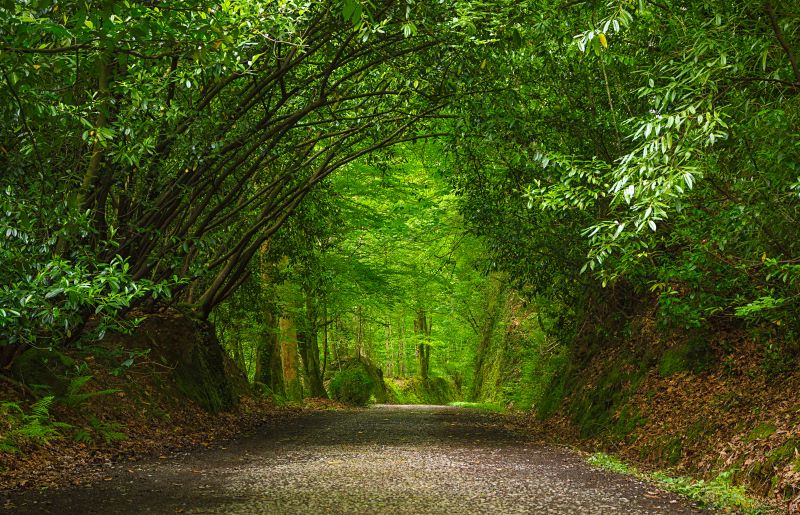 Path through the Basajaunberro, Navarre. | Shutterstock

This extensive park located between Cádiz and Málaga, really looks like a jungle in the Andalusian province. The enormous vegetation and jungle-like aesthetic is possible thanks to the humidity and the scarce light during the whole walk. It is also the place where most roe deer live on the peninsula. 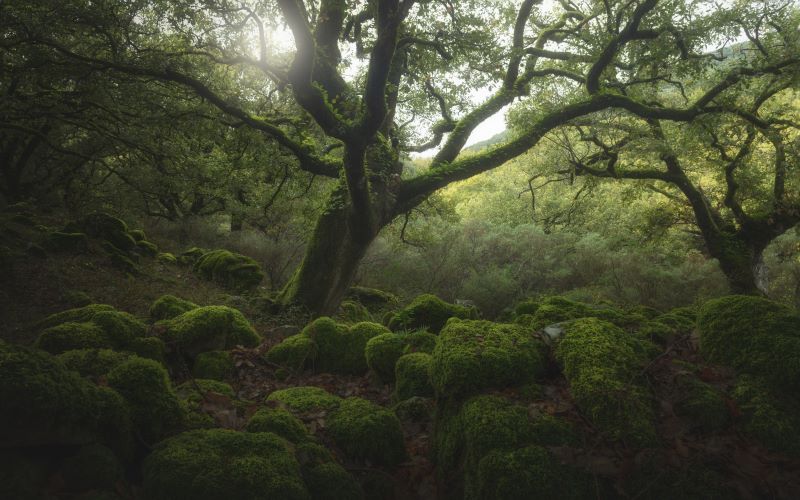 In the Garajonay jungle, the volcanic landscape of the island of La Gomera (Canary Islands) turns into a lush green jungle. The famous laurisilva ( forests, accompanied by a dense fog and constant humidity, turn these landscapes into something magical. 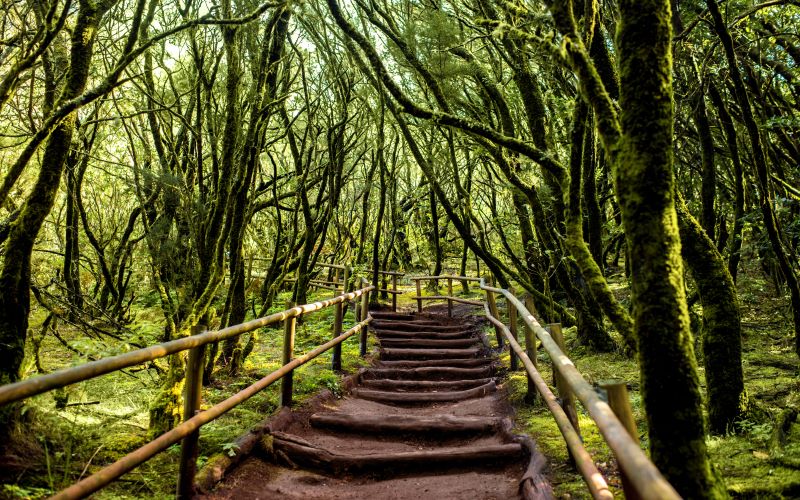 The laurisilva ( forest is the absolute protagonist of the Anaga rainforest, which is also one of the oldest rainforests in the world. It is considered a “Biosphere Reserve” and is an exceptional place for bird watching and hiking. 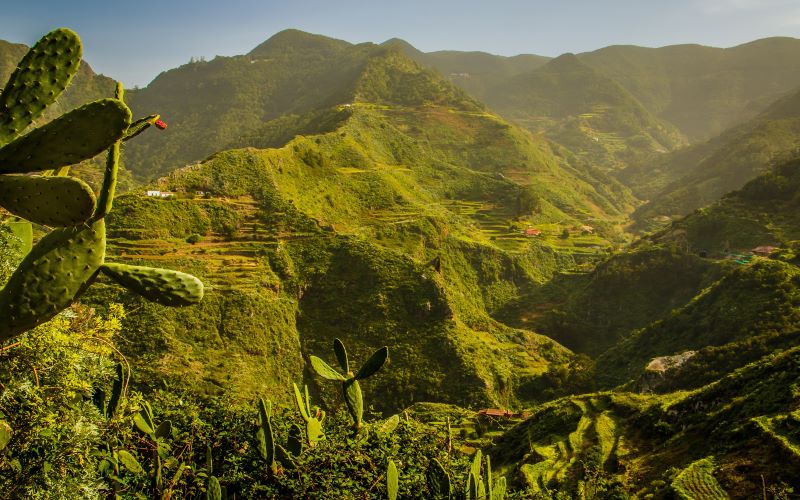 The island of La Palma has one of the most striking jungles in the whole province. The native flora and fauna that the Canary Islands offer us are unequalled and in the Selva de los Tilos there is an Interpretation Centre so that none of its species goes unnoticed. 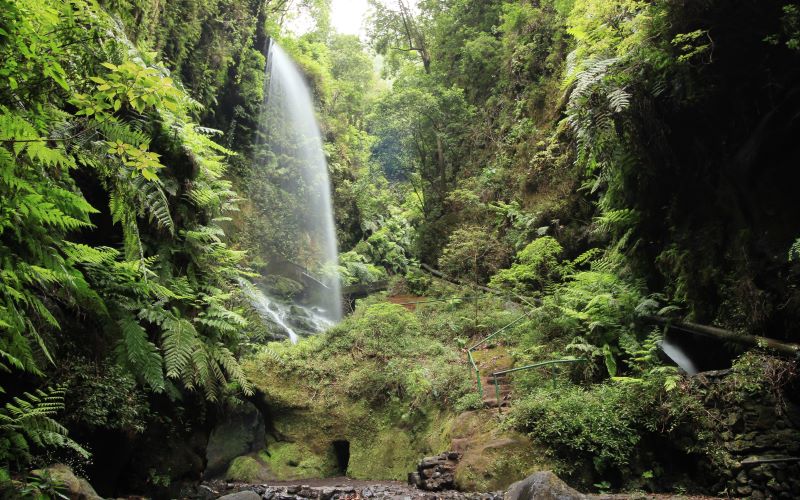 The lushness of the forest of Fragas do Eume, transports us to a jungle that could be part of any fantasy film. The intense green vegetation and the high levels of humidity make this forest to be considered the “enchanted forest” of Galicia. 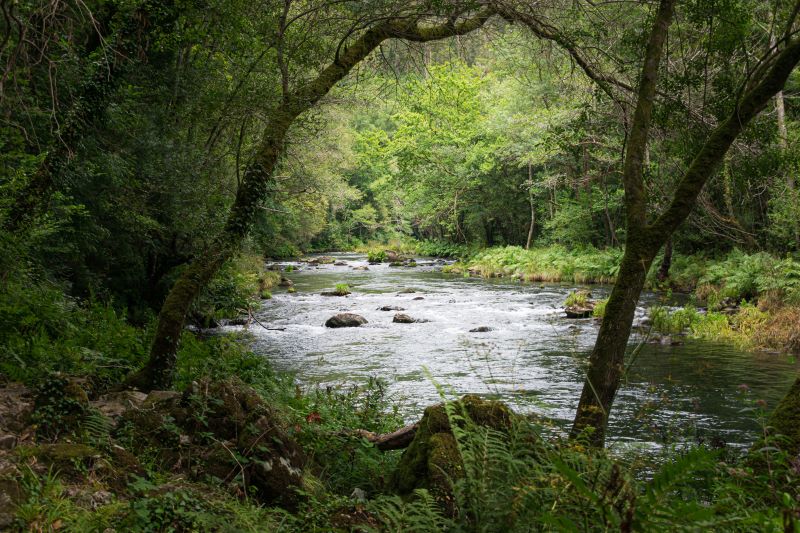 View of the river in Fragas do Eume, Galicia. | Shutterstock