Caldo Gallego is a typical Galician dish that becomes one of the favourites during the coldest months of the year. The recipe for this soup varies according to the area or family that prepares it, as it allows you to incorporate the ingredients that you have at home. However, the grelos (rapini), potatoes, navy beans and unto (leaf lard) can not be missing. It is also very common to incorporate meat such as chorizo, lacón (dried ham) or bacon. A dish that provides all the energy needed to face the winter. 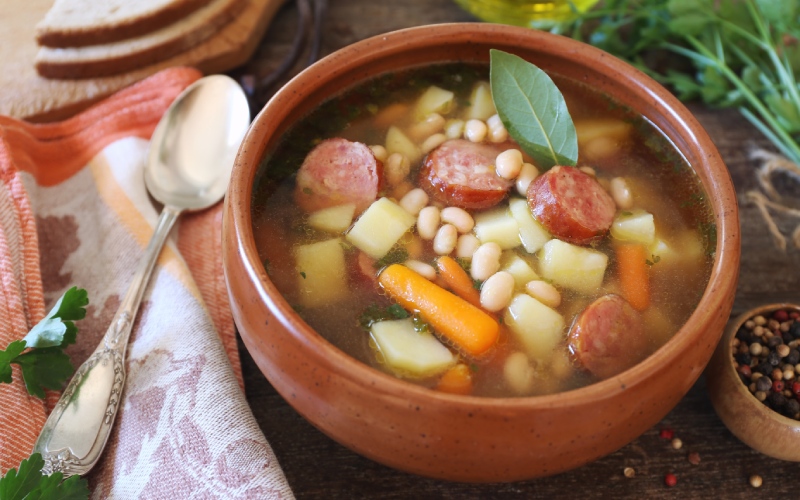 Regarding the origin of Caldo gallego, it appears written for the first time in 1889, in the work with the same name by Juan Neira Cancela. At first it was an almost vegetarian broth prepared with the vegetables available in rural Galicia (grelos, cabbage or turnip greens), to which beans and unto were added. Later on, chorizo and other meat products were incorporated, which showed an economic improvement in the area.

Ingredients for the Caldo Gallego:

How to prepare the Caldo Gallego: