It is said that one of the best things of Spain is ‘siesta’, the famous nap after lunch with which every Spaniard dream of. But we know for sure that something related with gastronomy had to be in the list of the things that make Spain such a great country. Many Spaniards have as a tradition to have a snack at 5 p.m., and although it is very common among children, adults have it as well. And this snack is known as ‘merienda’, the most expected moment of the day for Spaniards. Here we bring you some recipes to enjoy the best of the Spanish merienda. 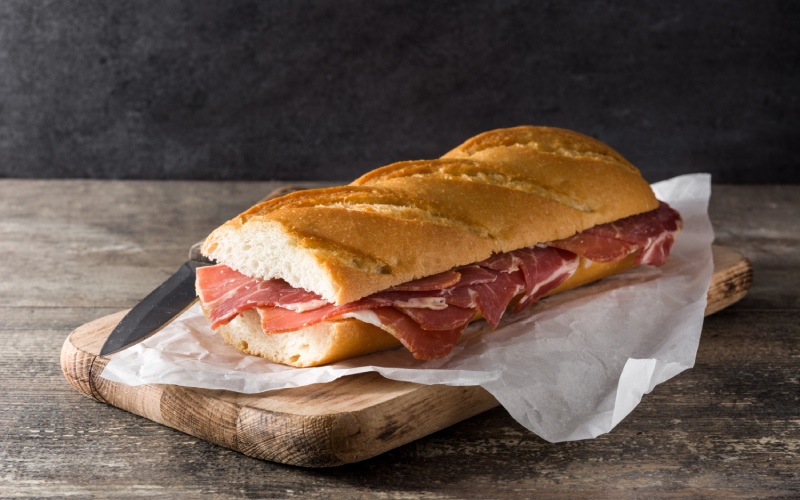 This bocadillo has been protagonist in schools, work breaks and getaways to the beach for a long time. Recipes go from the simplest ones made of just bread and serrano ham, to the most elaborated ones, like the serranito recipe, a traditional recipe from Andalusia, especially of Seville. It also has green pepper and usually goes with French fries as a side dish. An authentic delish, but never forgetting the traditional one.

Horchata with fartons, a Valencian delish 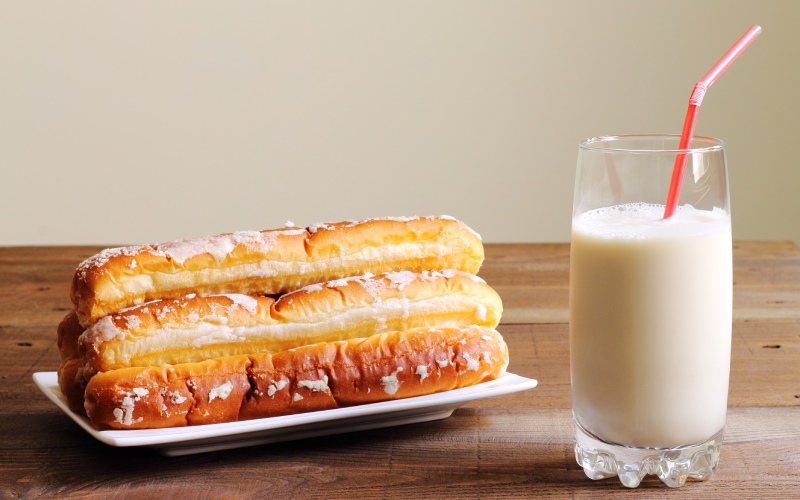 Horchata with fartons on the side | Shutterstock

This recipe is traditional from the Valencian Community, born in Valencia but enjoyed in the whole community. Horchata is very appreciated in this community, because of its fresh and sweet taste. Valencians enjoy this drink especially during the hottest months. Made of ‘chufas’, this drink can be tasted in almost every terrace in Valencia, where you can enjoy the soul of this community surrounded by bars with traditional and delicious dishes such as the Valencian paella. Fartons usually go with horchata, and they are made of little less than flour, water, and sugar. But they taste amazing and people normally dip these in the horchata. An authentic Valencian merienda!

Pan tumaca or how to taste Catalonia in a toast 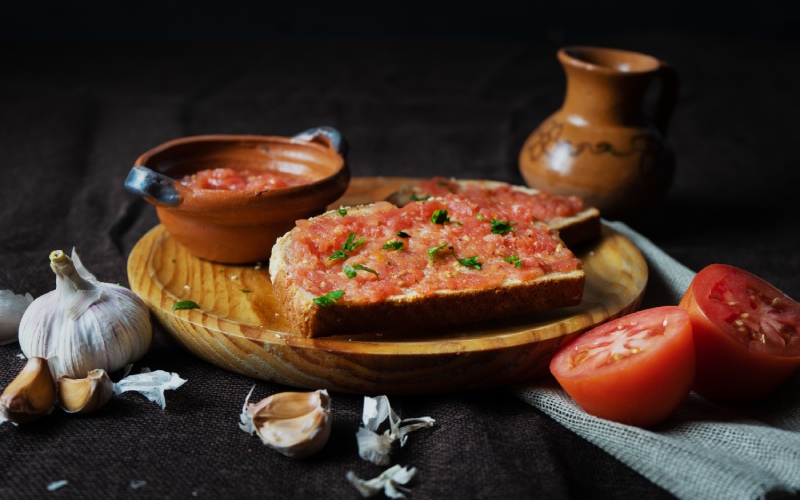 This kind of toast with rubbed tomato in it is originary form Catalonia, where it’s served in almost every bar and restaurant as a breakfast of merienda. It’s usually prepared scrubbing a glove of garlic on the top of the toast and then the tomato. It tastes amazing with a cup of coffee or a refreshing drink during summer. A simple, but delicious merienda with the Catalan character.

There are many ways to enjoy a good Spanish merienda at tea time, so these are just a few suggestions made in Spain so that you can enjoy dishes with history, character, and the best Spanish taste.

gastronomy, merienda, snack
It may interest you...