If you visit Euskadi you can not leave without tasting the famous pintxos of San Sebastián. You have the opportunity to enjoy authentic Basque recipes in miniature as local people do. We show you the most typical places to try them and we give you some tips.

For example, you can enjoy the popular pintxo-pote. This offer includes a pintxo, chosen by the tavern and a drink, such as a cup of wine or a beer. Another thing would be trying the most prestigious pintxos of each tavern. Some of them have even received some awards! Let’s start!

This pintxos bar in San Sebastián is situated in Parte Vieja, concretely in La Constitución Square. This pintxos tavern is a classic in the neighborhood. With a nicely presented and full of option bar, the Tamboril has specialties as coated peppers stuff with cod and the well-known “txampii”, a hot pitxo of mushrooms with a delicious sauce.

We are still in Parte Vieja in this pintxos tavern of San Sebastian: the Martínez tavern. It is situated in 31 de Agosto Street, one of the most well-known streets. Its 9 metres long bar stands out as well as its popular seafood pintxos

If you prefer a cold bite, you can try the anchovies in vinaigrette, the charlota stuff with spider crab cream, the snout of cod with seafood cream… And if you prefer hot pintxos, some options are red tuna cooked with onions with marmitako purée or kokotxas of cod, among others.

Casa Vergara has a great variety of pintxos of San Sebastián. All of them elaborated in the same moment someone ask for them. With more than 50 varieties to choose in an breathtaking bar, this tavern has won three times the Basque Lavel prize in the pintxos contest of Gipuzkoa with its pintxos “Mauri”, “Manolo” y “Habanito”.  The tavern also won the second position in the competition of pitxos made with beans from Tolosa. Others classics are roasted octopus with mojo sauce, the “incomprendido” (Originality Award) and the “Carrillera Agridulce” (Silver Plate Award)

After a morning on the beach in the neighborhood of Gros, there is not nothing better than recovering strength with some pintxos in San Sebastian. With an excellent selection of wines, you can not miss the Bergara tavern. The presentation of its Basque cuisine in miniature is original and very careful. For example, the “Udaberri” is a pintxo of courgette with scampi cream; the “Txalupa” is a grilled mushroom with prawns, and the “Itxaso” is monkfish with seafood cream. All these pintxos have won awards.

El Hidalgo 56 is situated in the neighborhood of Gros. It is a tavern with a nice environment where you could try quality recipes. It is known for its delicious pintxos, like the black pudding volcano with yolks, apples and raisins or the grilled cod with peppers juice. 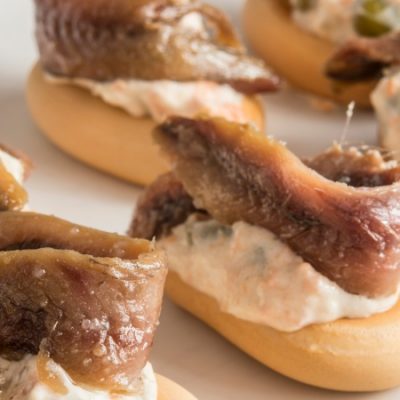 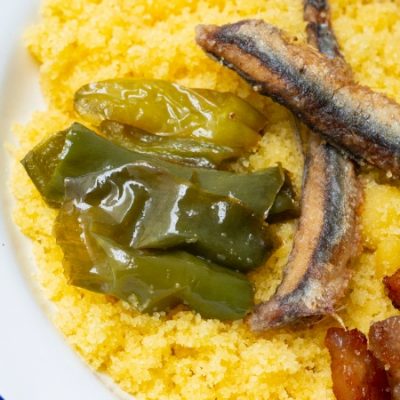 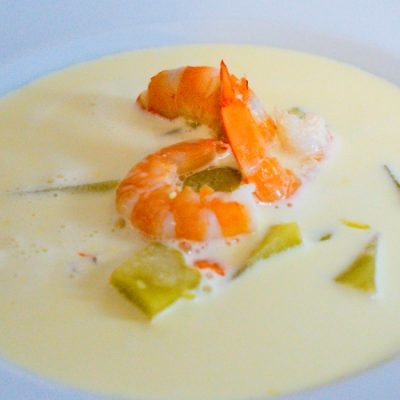 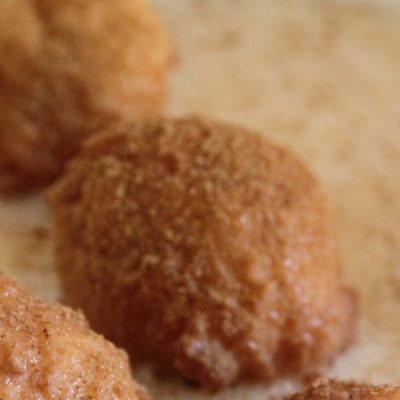