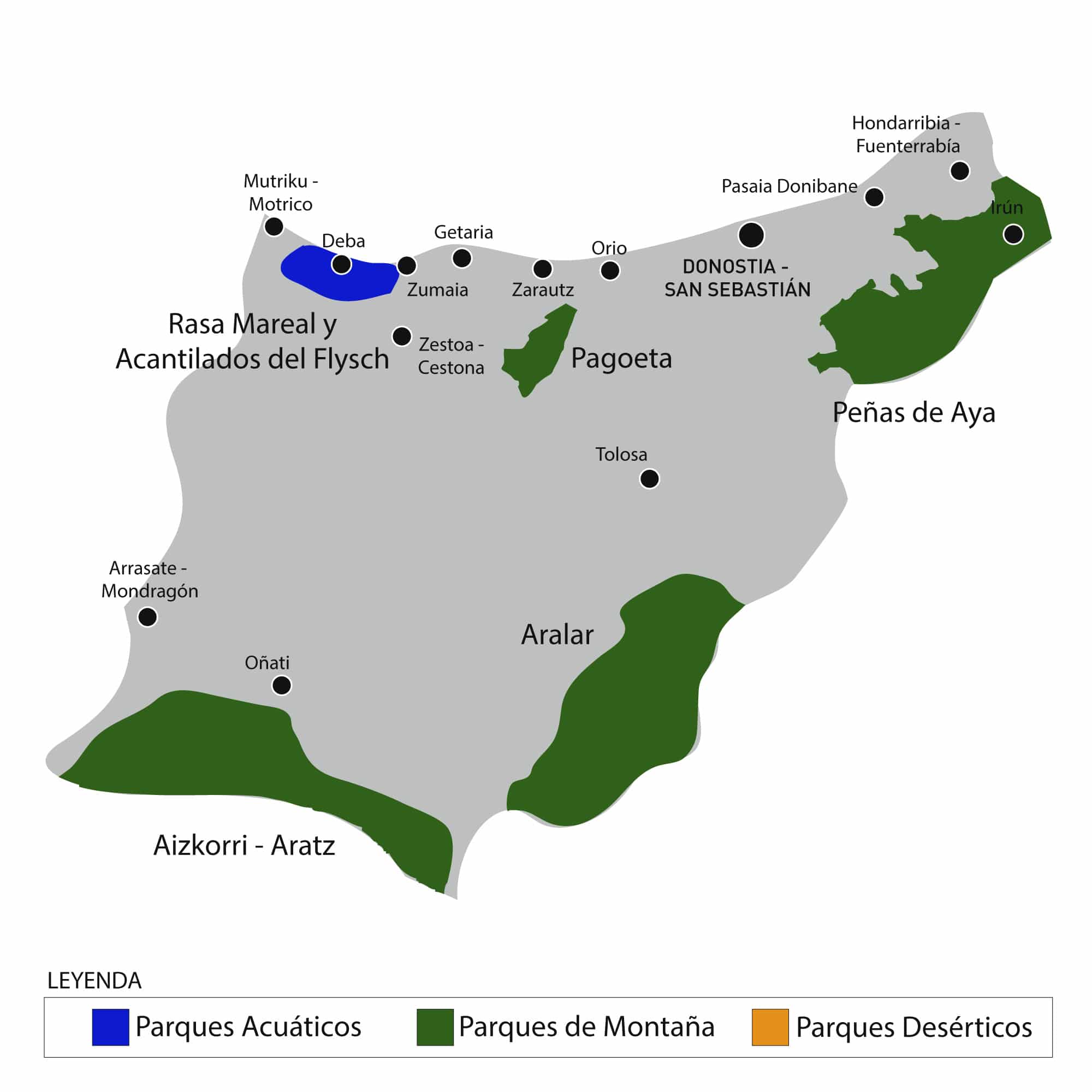 Gipuzkoa offers a wide variety of active tourism activities thanks to its unique landscape which combines sea and mountain. In Gipuzkoa you can practice various sports, leisure and adventure activities.

Along the coastal hike of Guipuzcoa you will enjoy fascinating landscapes as the flysch route between the municipalities of Zumaia and Deba (where a chapter of the TV series Game of Thrones was filmed), as well as marinas and fishing ports like Hondarribia, Pasajes of San Juan, San Sebastian, Orio, Getaria, Zumaia or Mutriku. There you can find diving schools; consider taking sailing courses or renting cruise and fishing boats. A good idea is trying a boat ride along the coast, especially from San Sebastián and Zumaia, where some of the best beaches of northern Spain are located. You can also take surf and paddle surf lessons in the schools of Zarautz, San Sebastián and Zumaia. In the estuaries, there are rowing schools, both in traditional trawlers and modern boats. If you are a jet-ski fan, there is also the possibility to rent one.

The active tourism in Gipuzkoa is much interior-oriented. Trekking is one of the main hobbies of the local population, usually stopping to have lunch in the agroturismos (local denomination of the Rural Houses) and tabernas. From the North Way to Santiago and from other trails and paths many practice cycling and horse riding; the natural park of Pagoeta is the perfect destination. Other extreme sports you can enjoy in Gipuzkoa are climbing or cannoning; these sports can also be practiced in the mountainous areas of the south of the province, around the parks of Aralar and Aizkorri-Aratz. From some heights like Mount Itzarraitz, Jaizkibel or the park of Peñas de Aya there are those who go paragliding or hang gliding.

The traditional and native sports remain really popular in the villages especially during festivities and in summer. With other populations of the Cantabrian Sea many coastal villages organize rowing-boat regattas during fishing and the races consist in returning to the port to leave the catch. Another deeply rooted sport is the Basque Ball (pelota vasca). It is said that Paul Newman was quite an expert. There are pediments in all towns and in some of them races between professionals are celebrated. However, the most popular are undoubtedly the herri kirolak (village sports) that have their origin in agriculture activities converted in sports for example the competition among neighbors to see who had greater skill, as is the case of aizkolaris (trunk cutters) and stone lifters …

Below we give you more information about active tourism companies in Gipuzkoa by municipality or natural area, as well as all activities offered:

Jaizkiball in Zubieta in 9 km

Paintball Puelaberri in Zubieta at 9 km

Riding Listorreta in Rentería at 4 km

Riding Lazkaomendi in Zaldivia at 17 km