The village of Estepa has been linked to pastry making for a long time. In fact, the Christmas treats made in the city get the same name. Some of them are the properly ‘mantecados’, ‘roscos de vino’, ‘alfajores’ and ‘polvorones’.

The Mantacados de Estepa are pastries that have kept their traditional recipe for over a hundred years.  Mantecados, roscos de vino and polvorones are small round pieces that have been baked acquiring a tan coloured on the outside and soft on the inside. The main ingredients are wheat flour, lard and icing sugar to sprinkle and decorate the surface. In order to obtain different variants, they use ingredients such as cinnamon, olive oil, almond, coconut, lemon and hazelnut, as well as wine in the ‘roscos’. It is difficult not to find one to your taste.

The aljafores are cylindrical or rectangular due to the Arab influence. Its elaboration is completely different. Wheat flour, sugar, almond, species such as sesame and clove are mixed together. Once the dough is hot, it is coat in syrup and then it is completely covered with icing sugar. 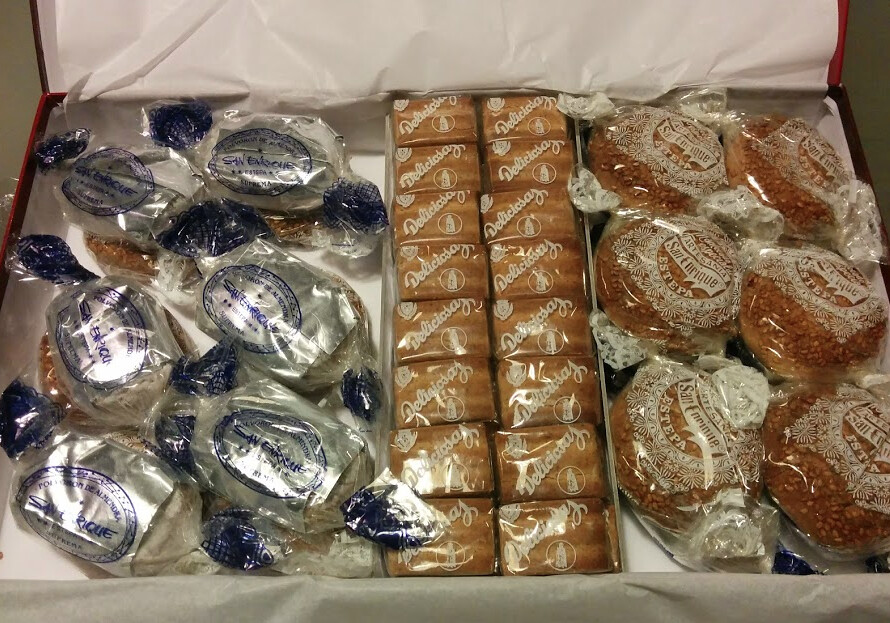 There always existed a long highly reputed pastry making tradition in this town. Around the 16th century a confectioner was the one who, on behalf of his guild, signed the transfer of these lands to the first Marquis of Estepa. The origin of mantecado also dates back to the 16th century, when a mixture of cereals with excess lard was first made.

Buy mantecados in Estepa and Seville.

Ibores Cheese, the Designation of Origin from Extremadura
Spain has a long tradition of cattle, goat and sheep farming. This important sector gave Más información

Arzúa – Ulloa Cheese
The designation of origin Arzúa - Ulloa cheese is a cheese made from natural, whole, Más información

Idiazábal Cheese, a Designation of Origin from the Basque Country
Idiazábal cheese is a fatty cheese made exclusively with raw milk from Latxa and Carranzana Más información